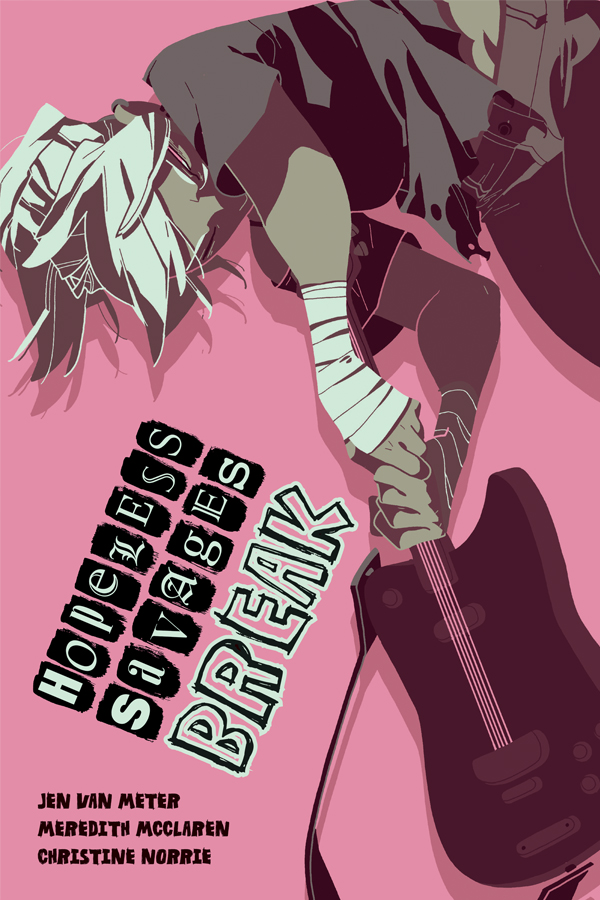 Hopeless Savages: Break continues the story of fan favorite protagonist Zero and her punk rock family. Zero finds herself in college and thoroughly hating it, though an upcoming tour with her band The Dusted Bunnies promises to rejuvenate her spirits. A rival band threatens to end the tour early, and without her family, Zero is in no position to fight back. Meanwhile, the rest of the Hopeless-Savages are dealing with their own problems, including babies, contracts and drug addictions. If there’s one family who can pull it all off, it’s this one.

“The first Hopeless-Savages story came out in 2000,” Jen Van Meter notes. “Fifteen years! And for every one of them, I’ve been so grateful for the support of Oni Press and the work of every one of the many amazing artists who’ve helped me bring this family to life. It took a really, really long time to write Break–largely for personal reasons; I was growing up along with the characters, and I felt a disconnect I couldn’t articulate. When James Lucas Jones–doing what a great editor does–suggested I run toward that, I finally found the emotional center for this story; then Meredith McClaren came aboard and brought beautiful storytelling, great instincts about the characters, and a wonderful sense of humor, making everything I wrote a thousand times better.  The icing on the cake, for me, was when Christine Norrie was able to make time to do the flashback sequences; she’s been with me, Zero, Twitch and the rest of the family since the beginning, and I’m thrilled she was able to continue on this strange road trip with us.”

Want to know more about Hopeless Savages? Check out these articles on Comicosity: 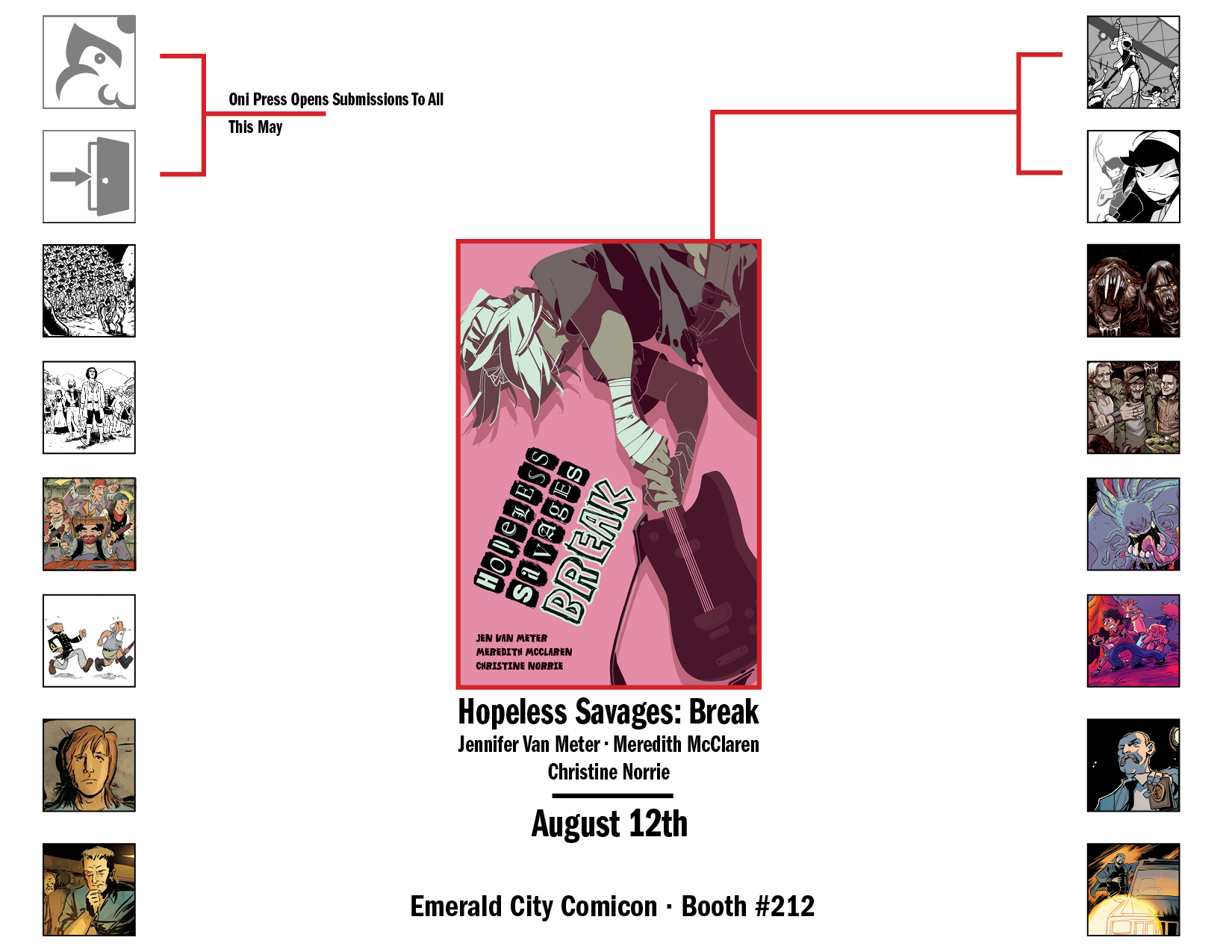