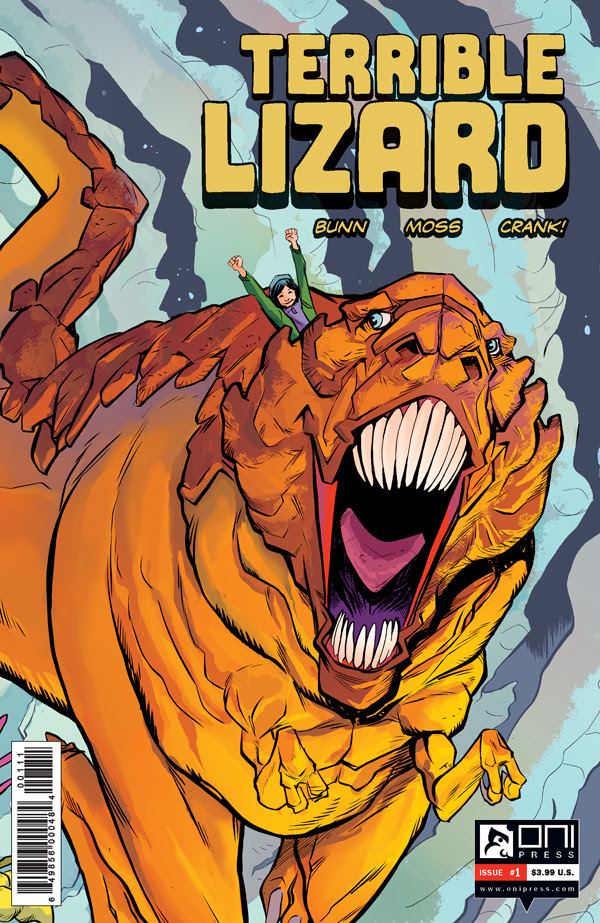 August 14, 2014 (Portland, OR) – Oni Press regrets to announce the departure of colorist Jordie Bellaire but is excited to welcome aboard Dave Stewart to HELLBREAK, the upcoming creator-owned series by the superstar team of writer Cullen Bunn (The Sixth Gun, Helheim, The Damned,) and artist Brian Churilla (The Secret History of D.B. Cooper, Big Trouble in Little China).

Slated to debut in October, HELLBREAK is will now begin in March of 2015. Perhaps the most lauded and influential colorist in comics, Dave Stewart (Hellboy) is coming aboard to give the rich worlds Bunn and Churilla have created the lushly terrifying palettes they demand. While the delay is unfortunate, the final product promises to be nothing short of astonishing, especially as Cullen Bunn’s follow-up at Oni Press to the critically acclaimed series The Sixth Gun

Taking HELLBREAK #1’s place this fall, is another wildly imaginative series written by Bunn: TERRIBLE LIZARD. Drawn by veteran creatureweaver Drew Moss (The Crow: Pestilence, The Colonized, In the Dark) with colors by the up-and-coming-and-unstoppable Ryan Hill (Stumptown, Judge Dredd: Mega City Two), TERRIBLE LIZARD tells the story of the sweet, idyllic relationship between a little girl and her best friend… a gigantic, fearsome Tyrannosaurus Rex!

As one would rightly imagine, high adventure can’t help but ensue across this five-issue miniseries.

TERRIBLE LIZARD #1 will begin its adorable rampage into stores in November 2014, sparing no one and taking all for its reptilian glory.