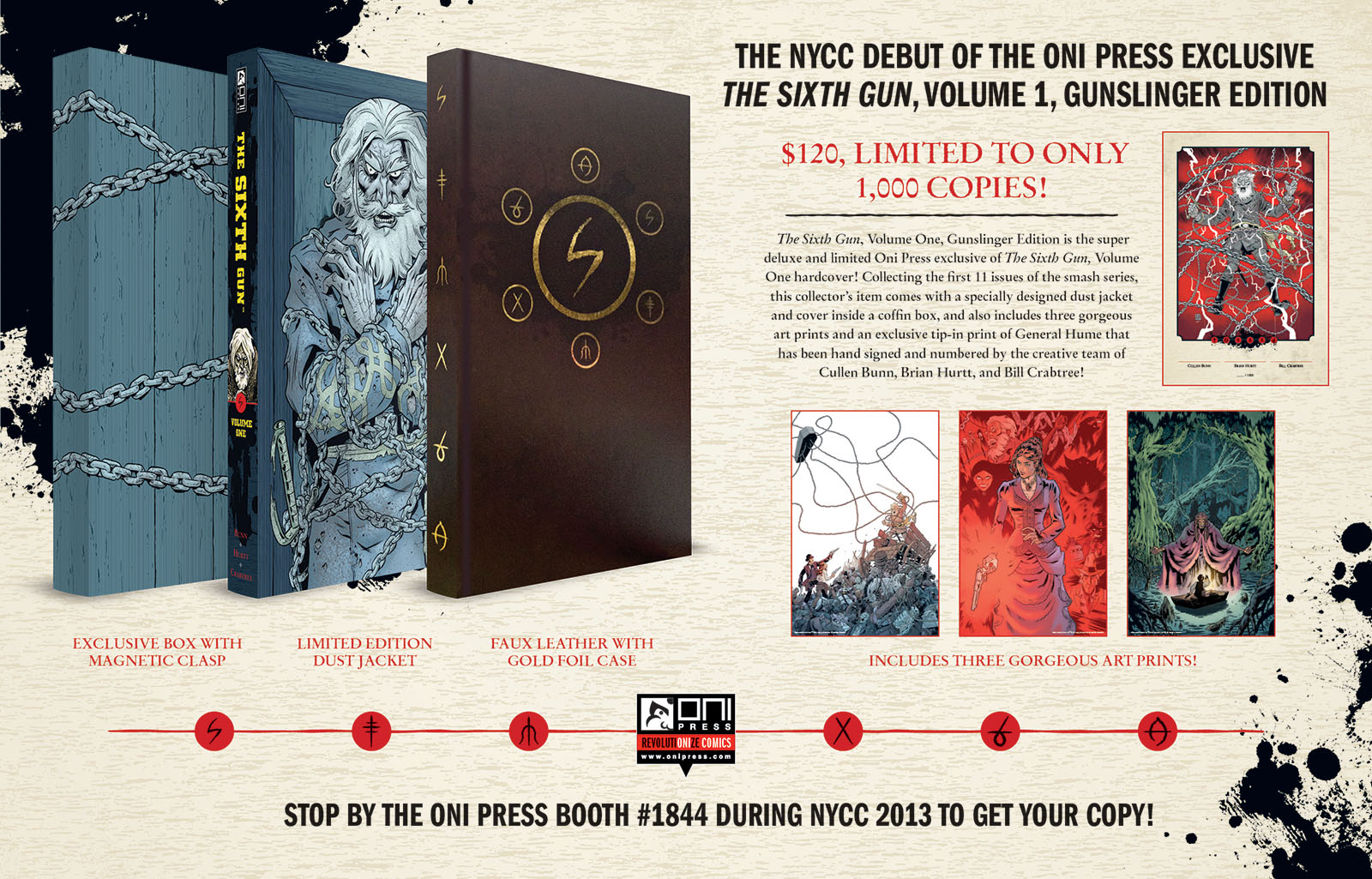 Oni Press has announced a deluxe edition of the first volume of The Sixth Gun, with limited copies available at NYCC. 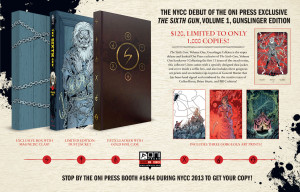 Only 40 copies of this spectacular set will be available for sale at the show before it’s made available exclusively on OniPress.com December 4th.