“I’m incredibly excited to be helming Limerence Press!” said Oni Press Managing Editor Ari Yarwood. “There was a point in my life where I was either going to work in comics or work in sex education, and while I obviously ended up working in comics, Limerence Press is the combination of both those passions. As a queer lady, I’m invested in publishing erotica and sex education comics that reflect the wonderful spectrum of human sexuality.” 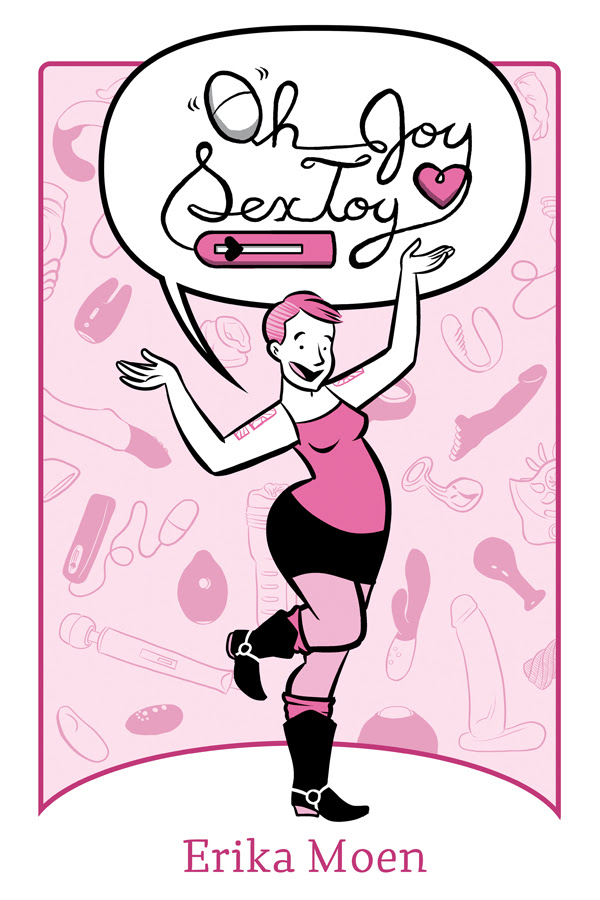 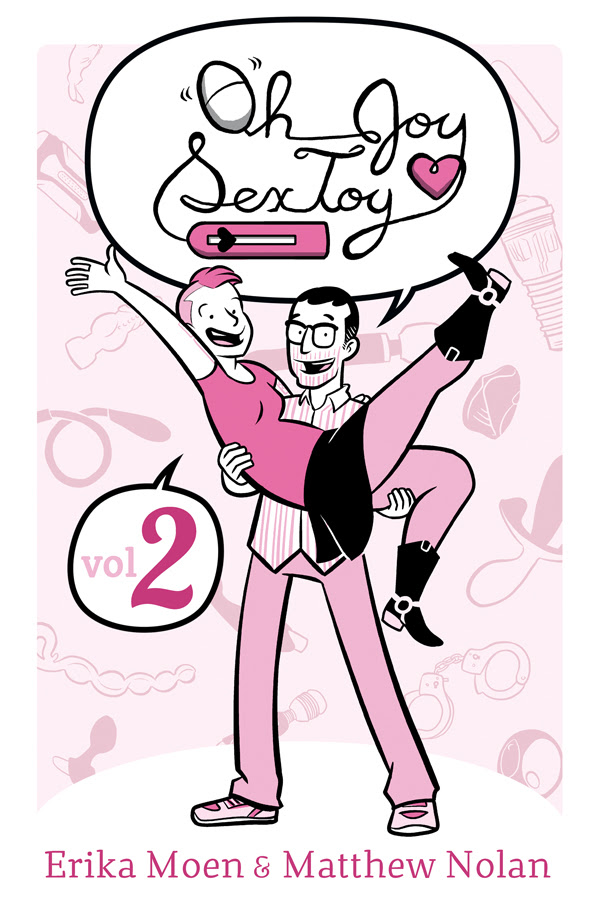 “Matthew and I are ecstatic to now be working with Oni Press and Limerence!” said Oh Joy Sex Toy creator Erika Moen. “Our shelves have been full of beautiful Oni books for years and we’re both so honored and delighted for the opportunity to put our books alongside theirs. We are a small, two-person comic-making team, and with Limerence we’re looking forward to having our work reach a broader audience of people who crave fun sex positivity and bad puns in their life. This deal isn’t just about getting accessible sex education into more hands and Oni isn’t just a comics-printing giant, we’re all local and Portland based, so with this deal we’re making work happen with both our peers and friends alike, and, well, thats just plain awesome. We couldn’t be happier.”

Limerence Press is printing Moen and Nolan’s Oh Joy Sex Toy Volume 3 Kickstarter books, helping the creative team reduce costs. The unique and limited-Kickstarter edition cover will be exclusive to Kickstarter backers, and serve as the books that Moen and Nolan sell directly online, at conventions, and at book signings. A separate Limerence Press cover will be distributed to comic shop retailers, bookstores, and specialty shops—avenues previously inaccessible to the creators. 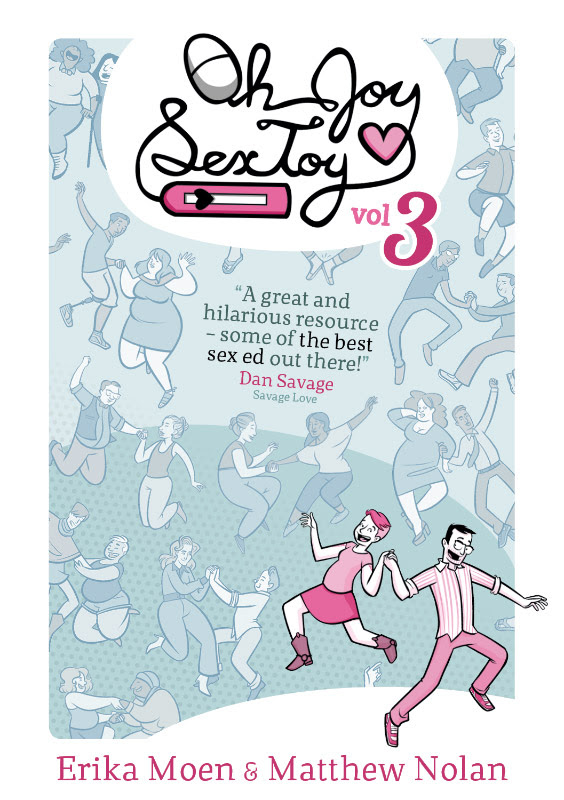 “Here in the office, we couldn’t be more pleased to be partnering with Erika Moen and Matthew Nolan on Oh Joy Sex Toy to help their fun, punny, educational, and sometimes very sexy book reach more bookshelves,” said Yarwood. “Future titles from Limerence Press will embrace the excitement and positivity Oh Joy Sex Toy embodies, and we’re delighted to have it be our launch title.”

“Throughout my time at Oni Press, our focus has been creating quality inclusive stories of all sorts,” said Oni Press Editor-in-Chief James Lucas Jones. “With Limerence Press, we are bringing that same passion for diverse, premium content to the world of erotica and sex education for all readers in the same inclusive manner that is our hallmark.” 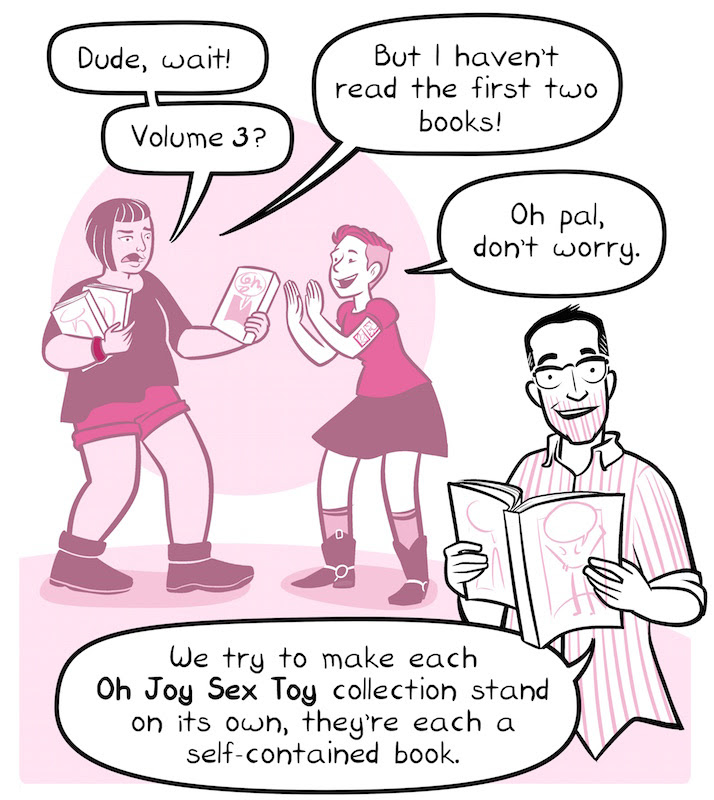 “We’re challenging ourselves to find books and creators who intrigue and arouse the reader’s emotions, every bit as much as they engage them on a physical level,” said Oni Press Publisher Joe Nozemack.

“The idea of ‘limerence,’ that giddiness of falling head over heels for someone, is something we hope to capture with this imprint,” said Yarwood. “Erotica comics can be fun and inviting, as well as sexy, and my goal is that readers will find that titles from Limerence Press have real emotion and affection in them. This line is committed to publishing books that are feminist, inclusive, and queer-friendly—comics that readers feel good about recommending to their friends!” 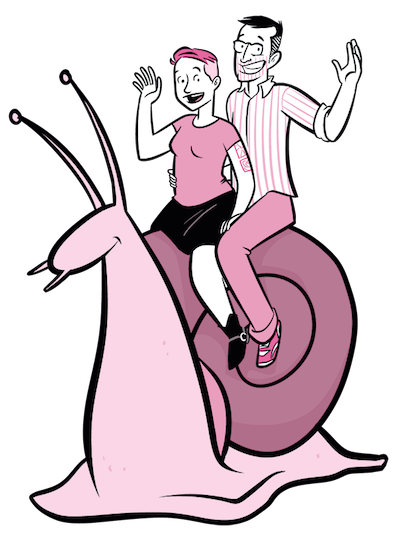 “We owe a debt of gratitude to C. Spike Trotman and the webcomic creators who are already publishing awesome sexy comics for paving the road ahead, and I hope that Limerence Press will add another venue and voice for erotica and sex education comics with the quality that Oni Press is known for,” said Yarwood. “I’m looking forward to the coming years and the fantastic comic creators whose work Limerence Press will have the privilege to showcase.”