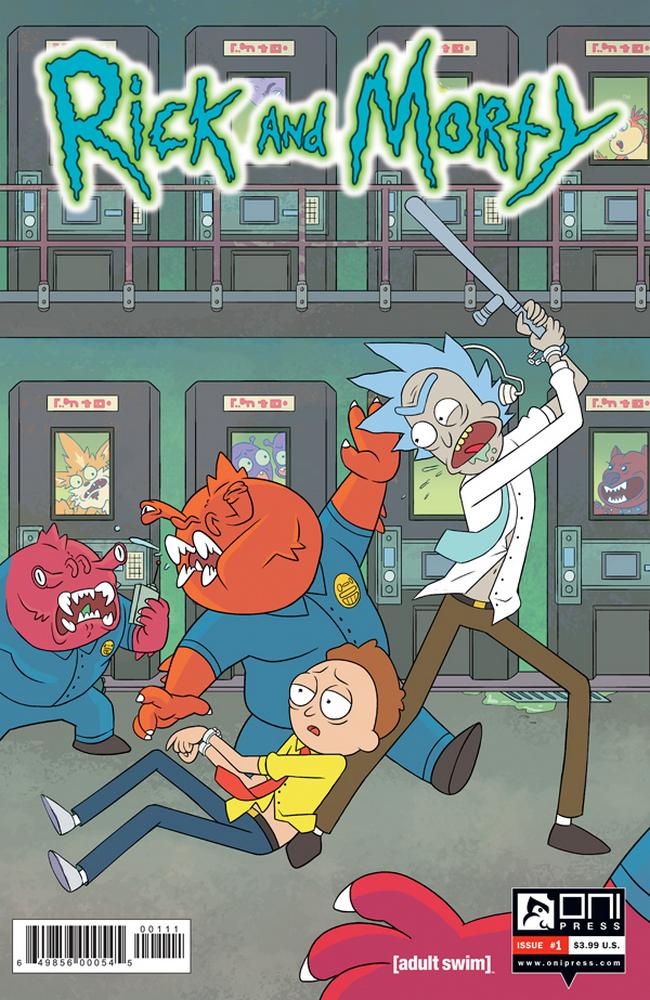 Demand for this hot new property has been overwhelming. The show has become a cultural icon in the year since its debut on Adult Swim and its legion of fans are now heading to comic shops, desperately searching for issue #1 of the Oni Press adaptation. To meet this demand Oni Press will produce a second print run of the first issue.

“I’m so pleased that people have been snapping up Rick and Morty #1!” says Oni Press Associate Editor Ari Yarwood. “I’m very proud of the book Zac, CJ, Marc, and Ryan have created and really think they’ve captured the spirit of what makes the show so great. I hope that fans of the show and new readers alike can get the comic and enjoy it!”

The Rick and Morty television series from Harmon and Roiland follows depraved genius Rick Sanchez as he embarks on insane adventures with his awkward grandson Morty across the universe and across time. Caught in the crossfire are his teenage granddaughter Summer, his veterinary surgeon daughter Beth, and his hapless son-in-law Jerry.