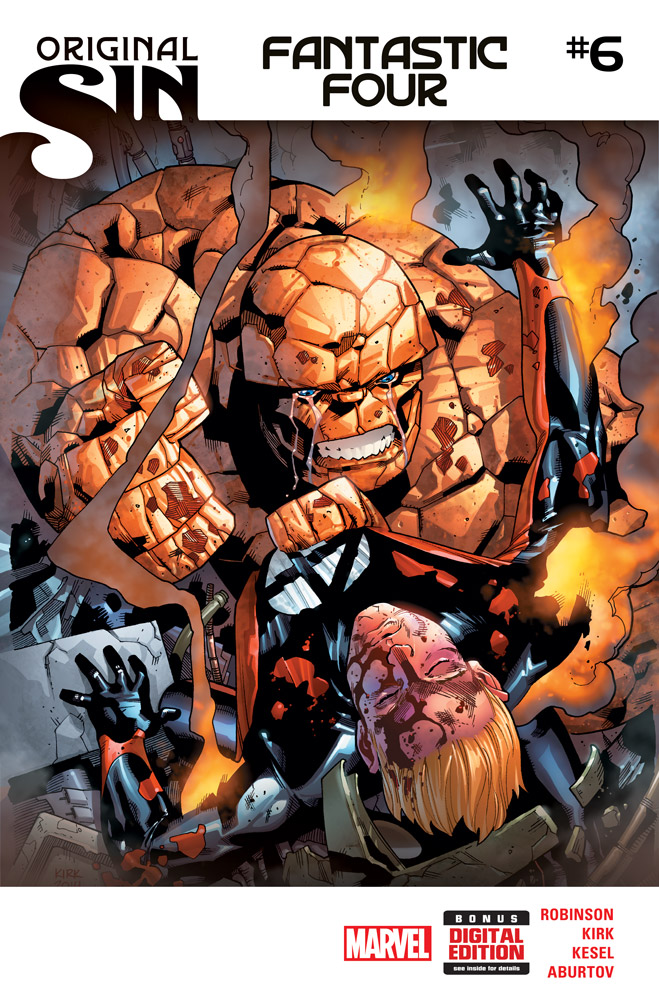 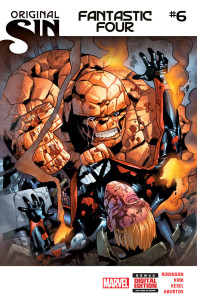 This June, witness another nail in the coffin of the first family, as they are torn further apart in FANTASTIC FOUR #6 – an ORIGINAL SIN tie-in! From Eisner Award-Winning scribe James Robinson and fan-favorite artist Leonard Kirk comes the next blockbuster chapter of the world’s greatest comic magazine that will have you gasping!

They were the best of friends since that fateful trip into the cosmic unknown. The day the Fantastic Four were born, they became a family. Cosmic explorers – forever united. Johnny Storm became the high-flying, hot-headed Human Torch. Ben Grimm, the hideous monster known as The Thing.

Super-Scientist Reed Richards has tried time and again to reverse Grimm’s condition. Each and every time was met with failure. But there was a time when he possessed a device that held the key to permanently curing The Thing – until Johnny inadvertently destroyed it! Reed has kept Johnny’s secret for as long as he could – but now it’s about to get out!

“Something I always loved about the relationship between Ben and Johnny was how much it was like brothers, bickering, poking fun of each other, pranks…great moments that felt like real family,” said editor Mark Paniccia, “The secret that gets out will have a major effect on the two. It’s brilliant emotional stuff. Hard hitting and heart breaking.”

What will Ben do when he discovers that one of his closest friends and steadfast ally condemned him to a life sentence as a monster? It won’t be pretty. The fall of the first family continues as the Original Sin of the Fantastic Four is revealed in FANTASTIC FOUR #6!