LOS ANGELES, CA (March 29, 2018) – BOOM! Studios is proud to announce PETALS, an emotional new hardcover original graphic novel (OGN) arriving in stores September 2018.  Writer and artist Gustavo Borges, along with Eisner Award-nominated colorist Cris Peter (Casanova), present a story set during a snowstorm in which a family of foxes desperately try to survive a merciless winter. One day, the young cub leaves his house looking for much needed firewood and crosses paths with a tall and peculiar bird wearing a singular top hat. This deeply emotional and resonant story about friendship, life and selflessness unfolds in a completely silent OGN.

“When I decided to do PETALS, the first thing I had in mind was the feeling of gratitude – I knew that I was gonna try to do an emotional tale,” said Gustavo Borges, “With that emotion guiding me, it was a simple and obvious decision to approach this as a silent book with no dialogue. PETALS has changed both my life and career for the better, so I hope you enjoy this sincere story. I couldn’t be more grateful for the opportunity.”

PETALS is the latest release from BOOM! Studios’ critically acclaimed KaBOOM! imprint, publisher of acclaimed all ages licensed series such as Steven Universe, Adventure Time, Over the Garden Wall, Peanuts, and Garfield, along with original series like Brave Chef Brianna by Sam Sykes and Selina Espiritu, and The Deep by Tom Taylor and James Brouwer. KaBOOM! has been the home for Adventure Time comics since 2012 and has expanded into several limited series, original graphic novels, and a second ongoing series.

“PETALS is one of the most important new releases from KaBOOM! this year, as we challenge what all-ages graphic fiction can be,” said Whitney Leopard, Editor, BOOM! Studios. “Gustavo Borges has crafted a beautiful story that can be enjoyed by any reader, with deeper layers that older readers will appreciate and infused with beautiful imagery that the youngest of readers will treasure.”

Print copies of PETALS will be available for sale in September 2018 at local comic book shops (use comicshoplocator.com to find the nearest one) or at the BOOM! Studios webstore, and at bookstores. Digital copies can be purchased from content providers, including comiXology, iBooks, Google Play, and the BOOM! Studios app.

For continuing news on PETALS and more from BOOM! Studios, stay tuned to www.boom-studios.com and follow @boomstudios on Twitter. 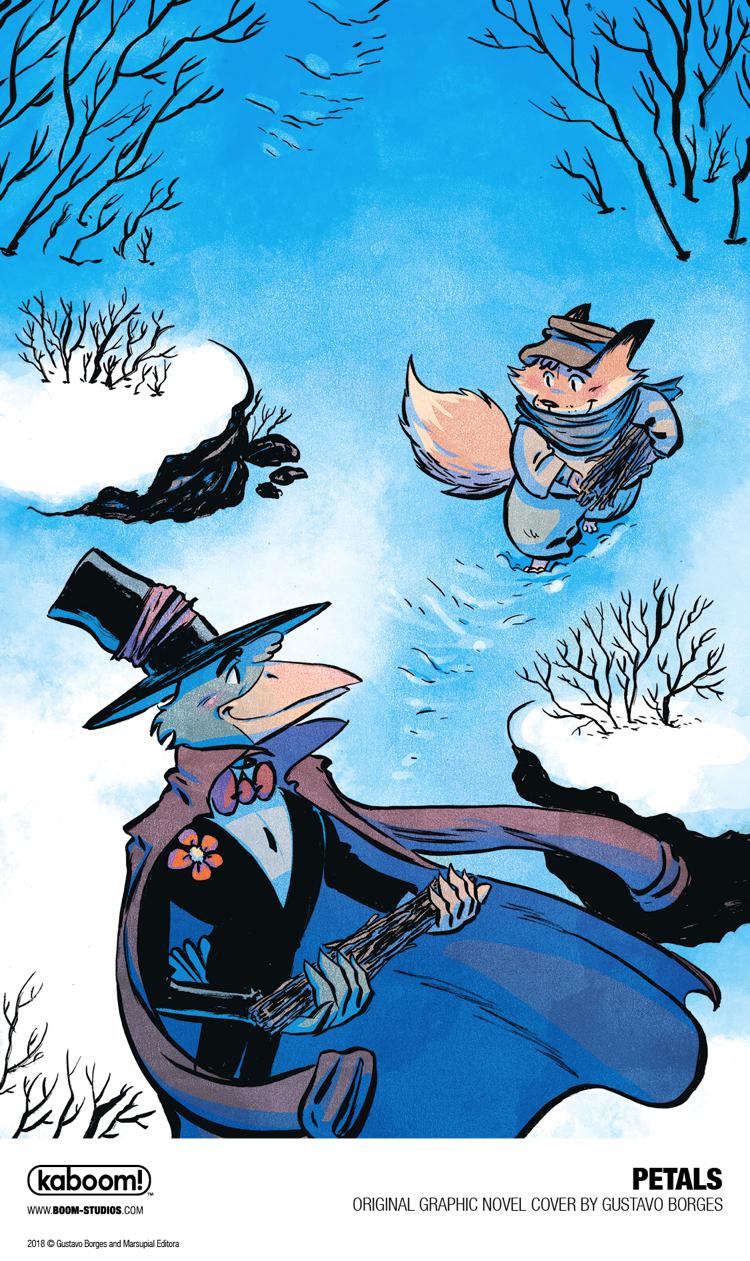 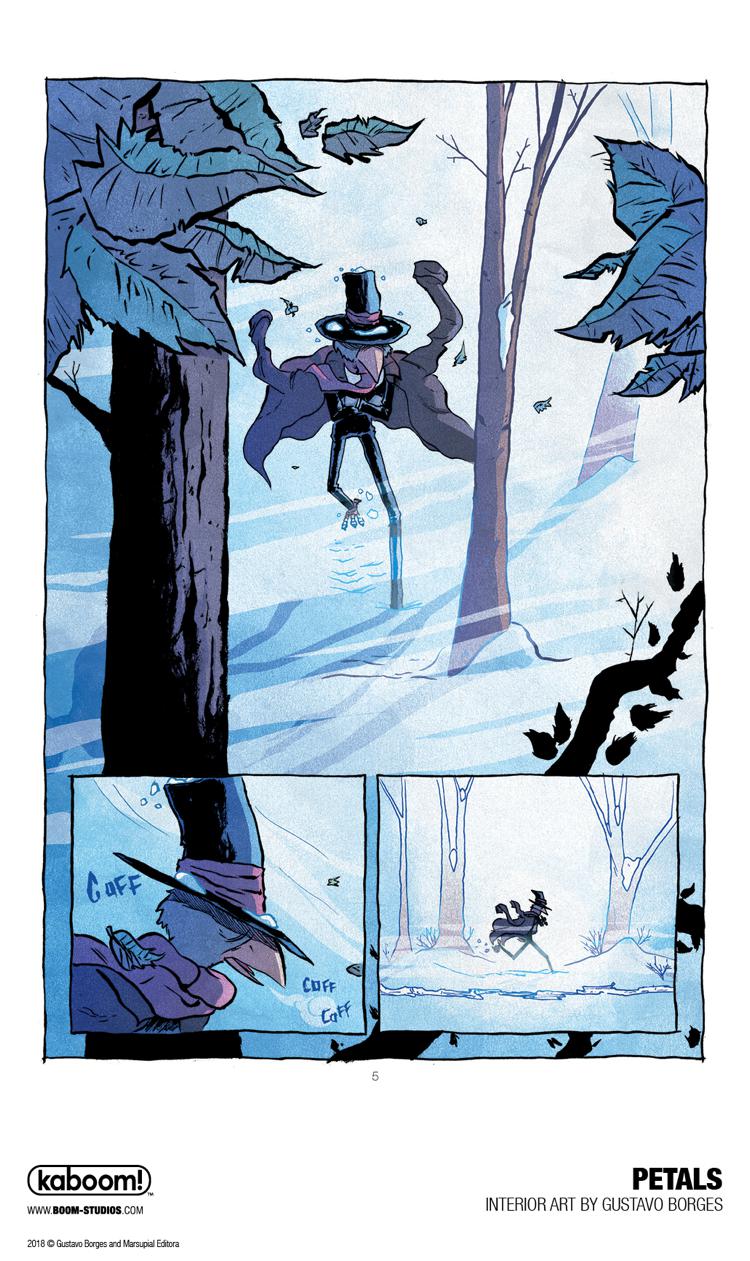 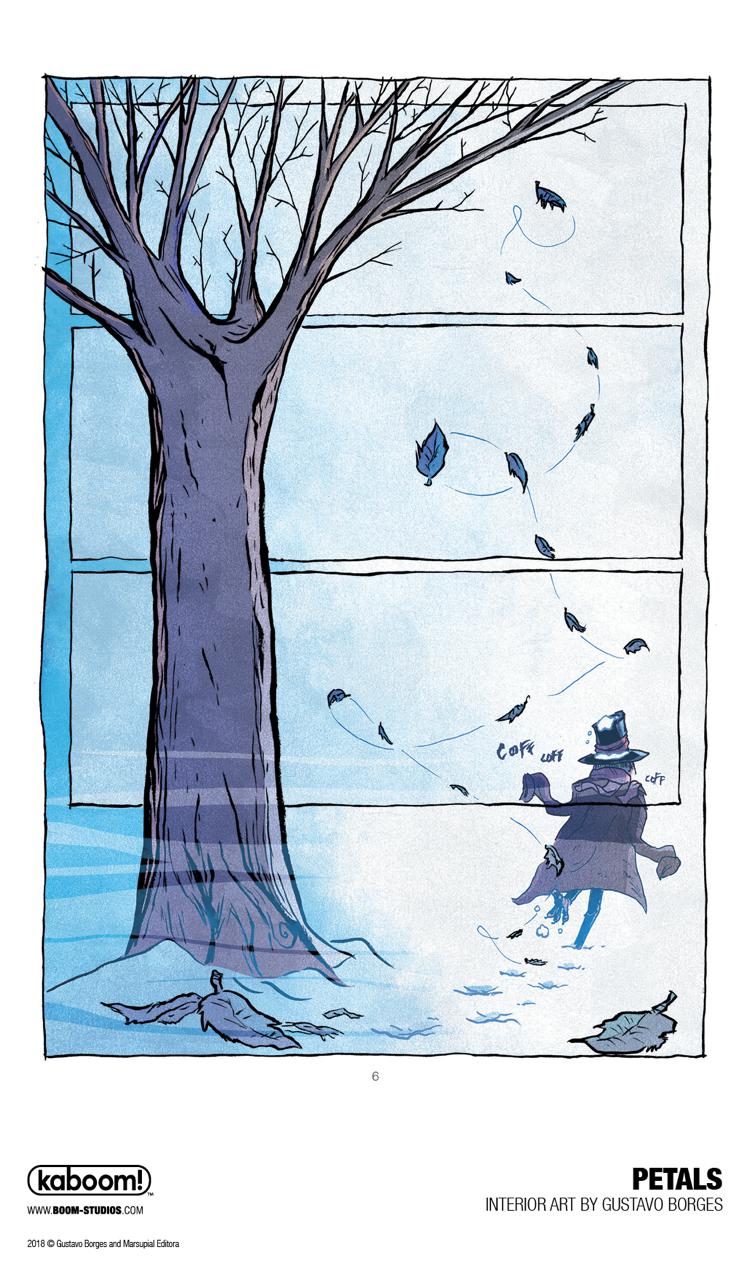 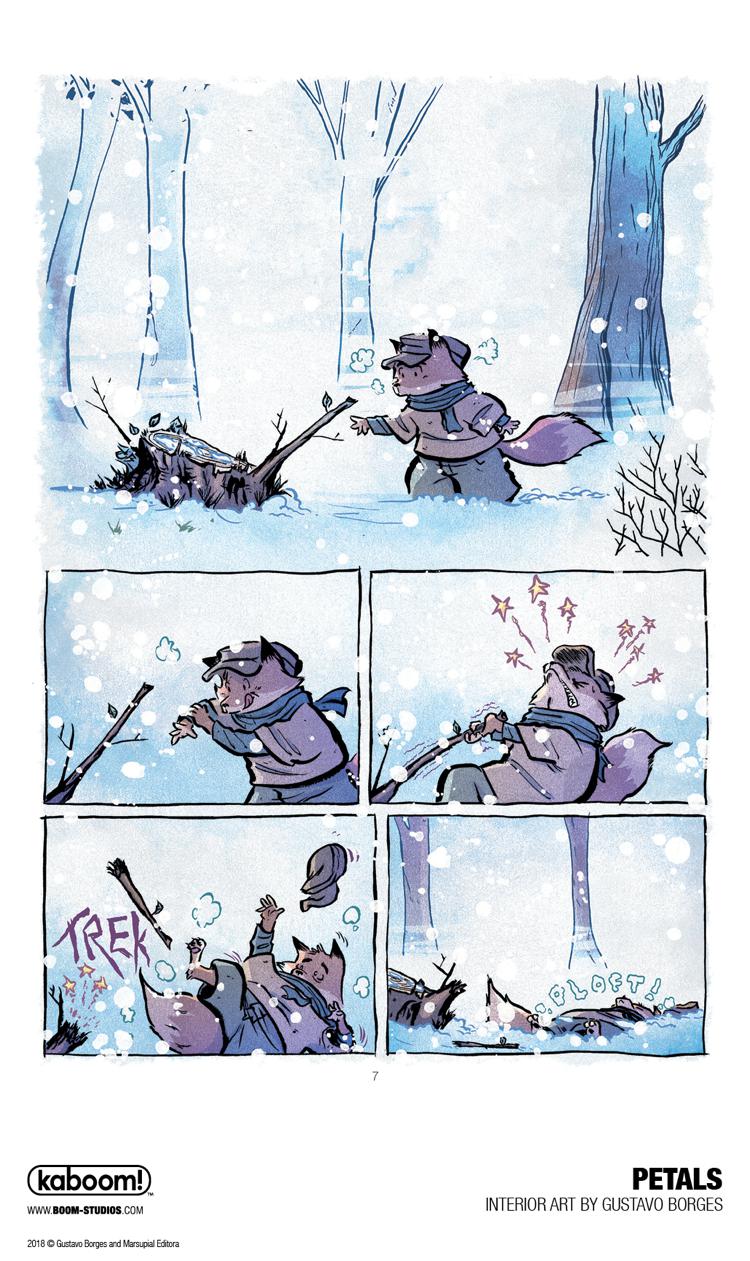 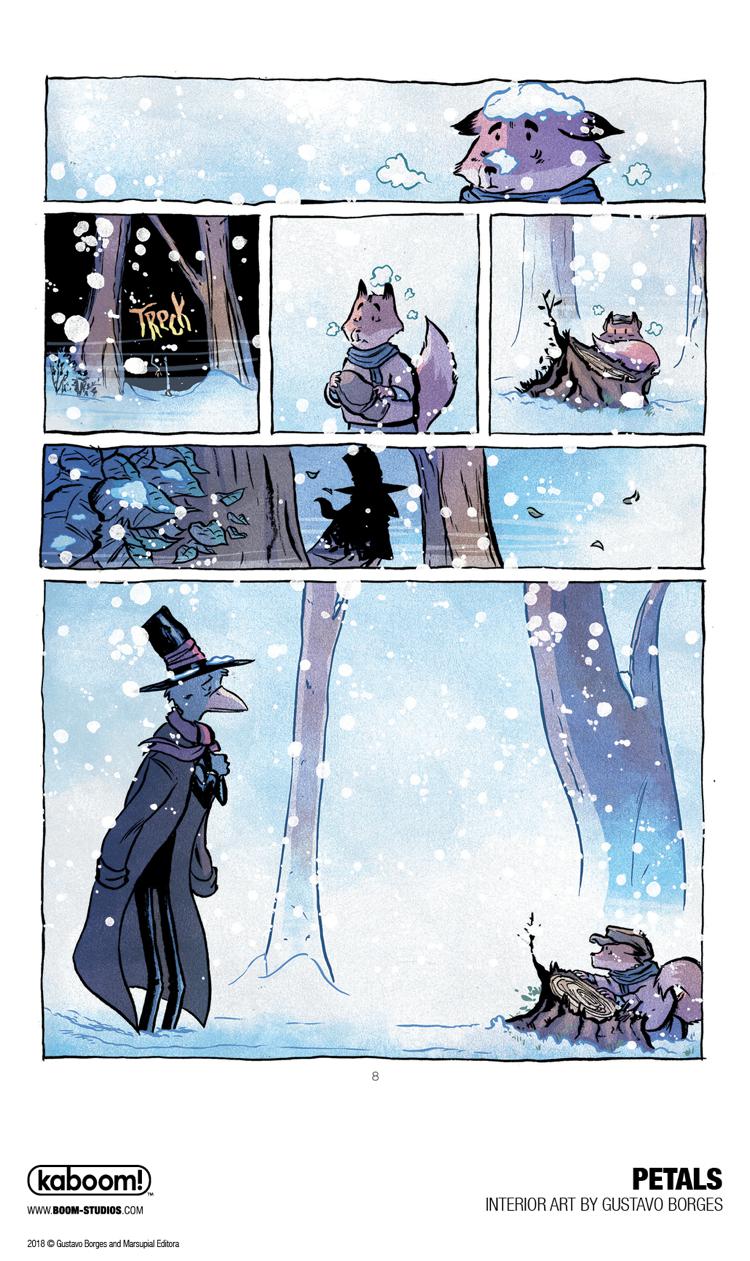