Nicky Marshall was saved by rock and roll – or so he likes to think.

An awkward upbringing and turmoil following his father’s suicide led Nicky to form a band called Ecstasy with his childhood friend Drey. The music takes them to Los Angeles, raw and gritty and teeming with personalities. Nicky thinks they’re ready for stardom, but no one’s ever ready for stardom. This first of four oversized issues begins in the 1980s, grows out of grassroots clubs & introduces Ecstasy to the world – whether it’s ready for them or not.

From the brand new team of Holly Interlandi on scripts and Sally Cantirino on pencils & inks, this unique, heartbreaking story is about letting the music in… how it changes you and affects everyone around you, for better & worse. 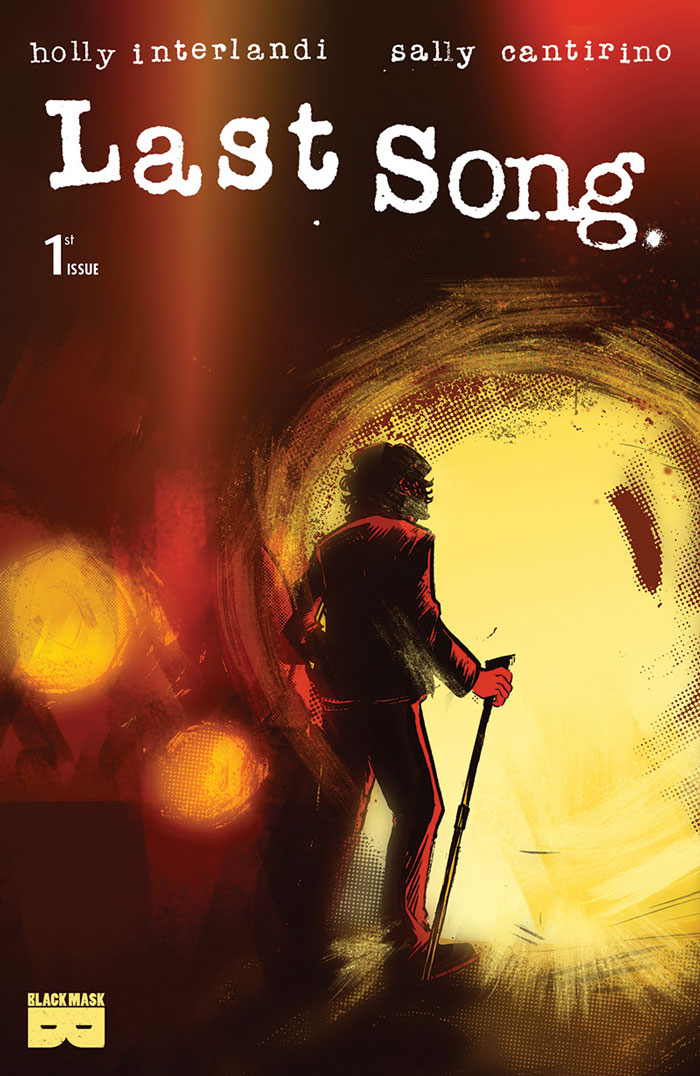 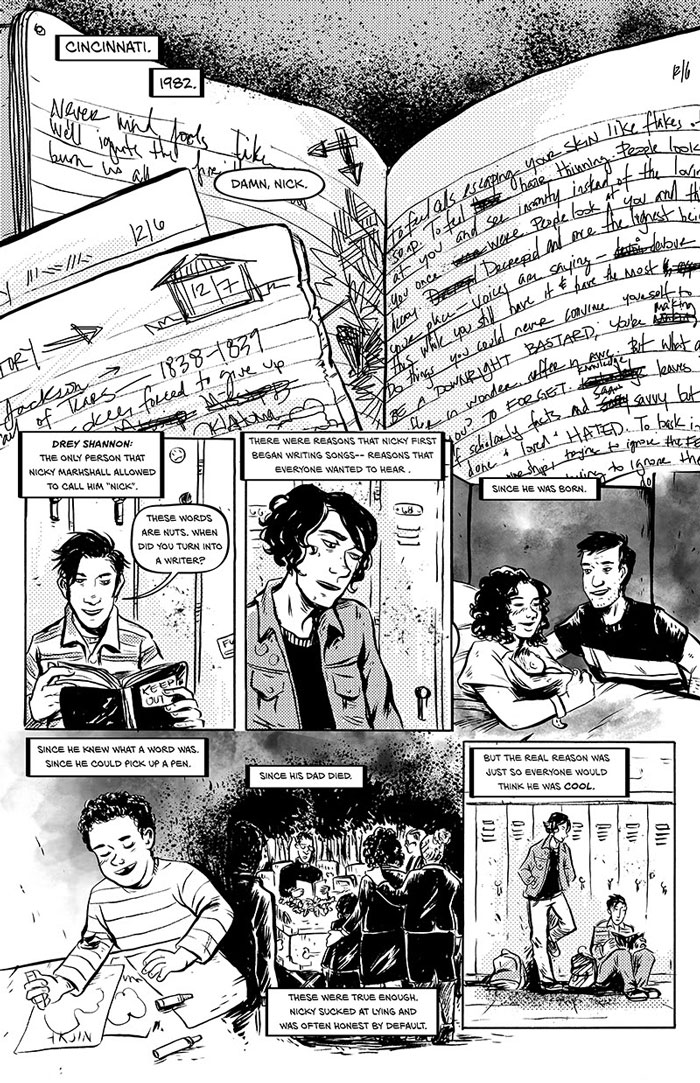 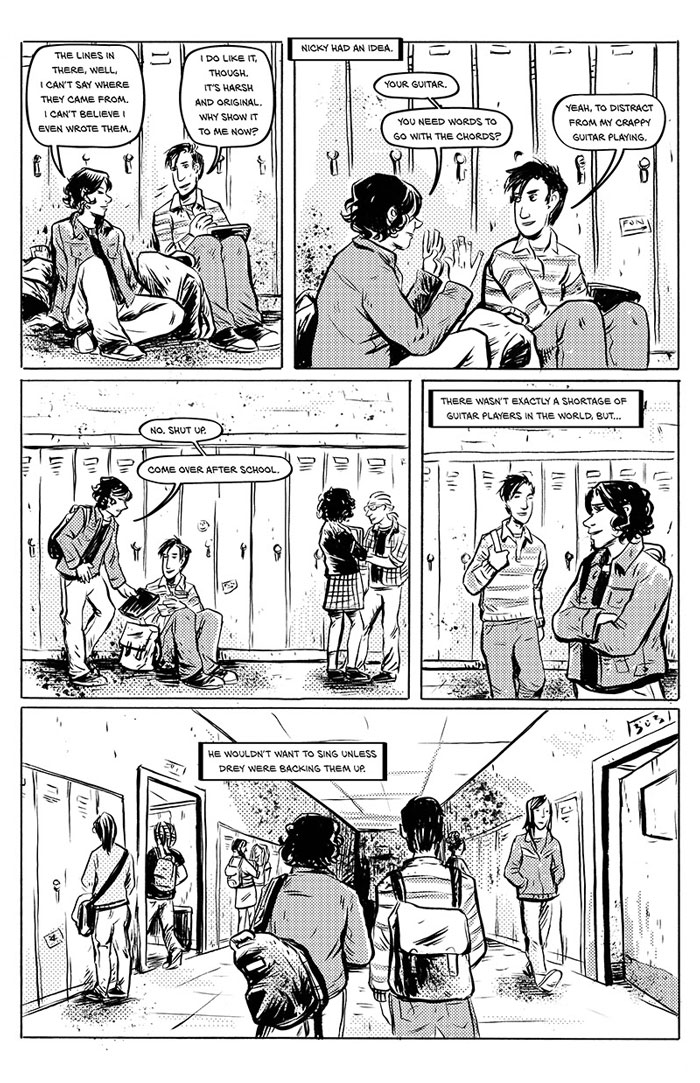 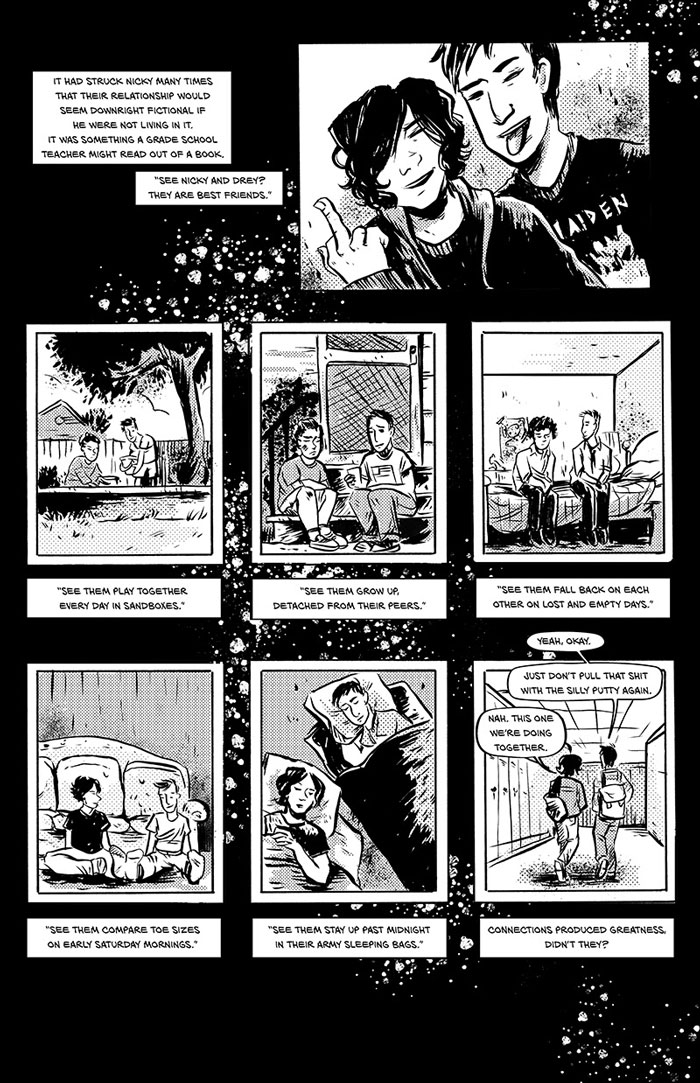 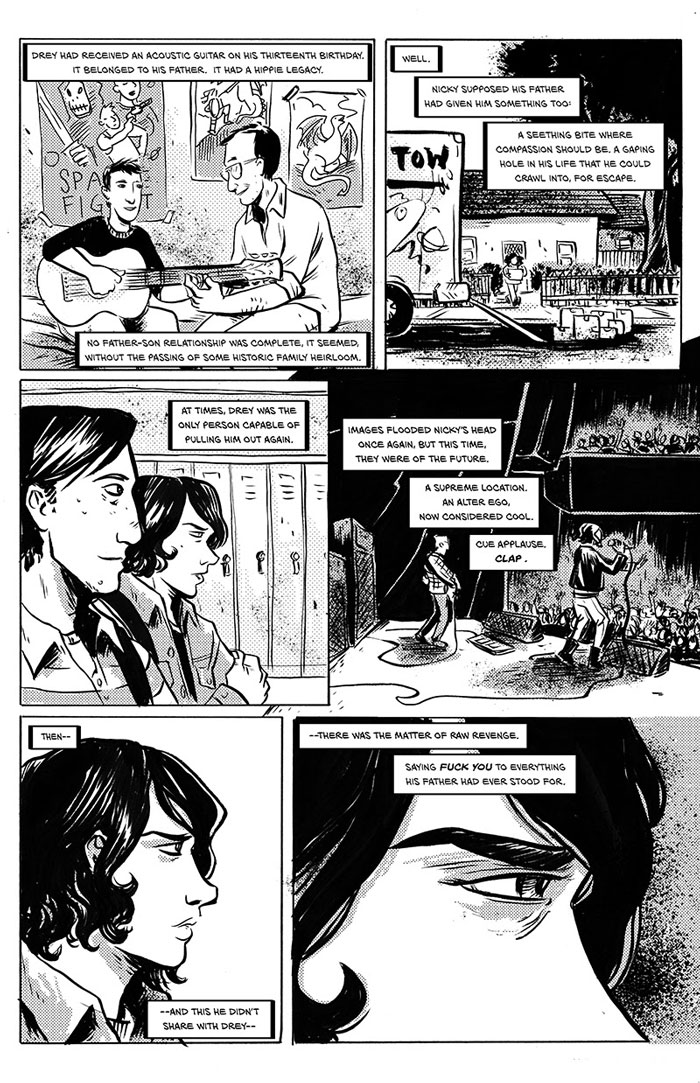 LAST SONG is about two lifelong best friends who form a band and head to LA, tumbling headfirst into the grime and glamor of the Sunset Strip. Fueled by heart and melancholy, it’s a special book unlike anything else on shelves right now.

Holly and Sally designed LAST SONG as a series of b&w 64-page graphic novellas streeting quarterly. Here at Black Mask, we love supporting the unique visions of new creators looking to shake things up with fresh new approaches, and so we’re very excited to bring you Holly & Sally’s heartfelt tale of friendship, loss of innocence, and the good the bad & the dirty of rock n fucking roll.