MADE MEN: GETTING THE GANG BACK TOGETHER
Written by Paul Tobin
Art by Arjuna Susini, Gonzalo Duarte, and Saida Temofonte
Edited by Robin Herrera
Published by Oni Press
Release Date: July 11, 2018

When Jutte Shelley and her squad are gunned down in an ambush, it looks like the end for the Detroit police officers, but Jutte comes from a very storied family… named Frankenstein. Using the secrets of her ancestors, Jutte enters the family business of resurrection, bringing her squad back from the dead. Sort of. As long as you don’t look too close. Eager for revenge, they’ve no choice but to team with the Detroit mob, using them for the resources to find the lowlifes who did them in, now that Jutte has quite literally gotten the gang back together. 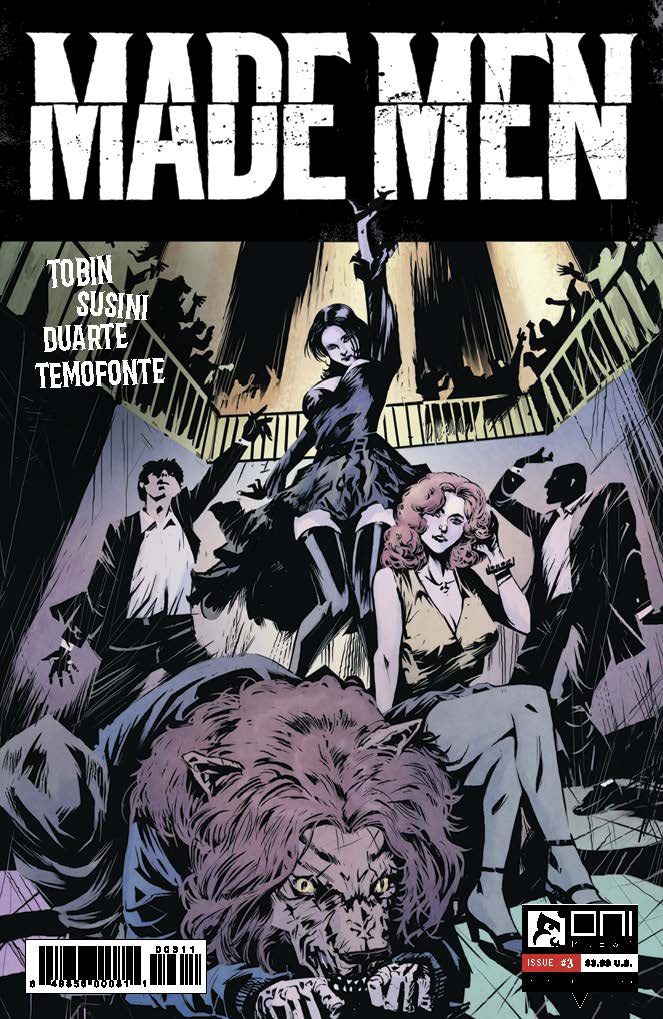 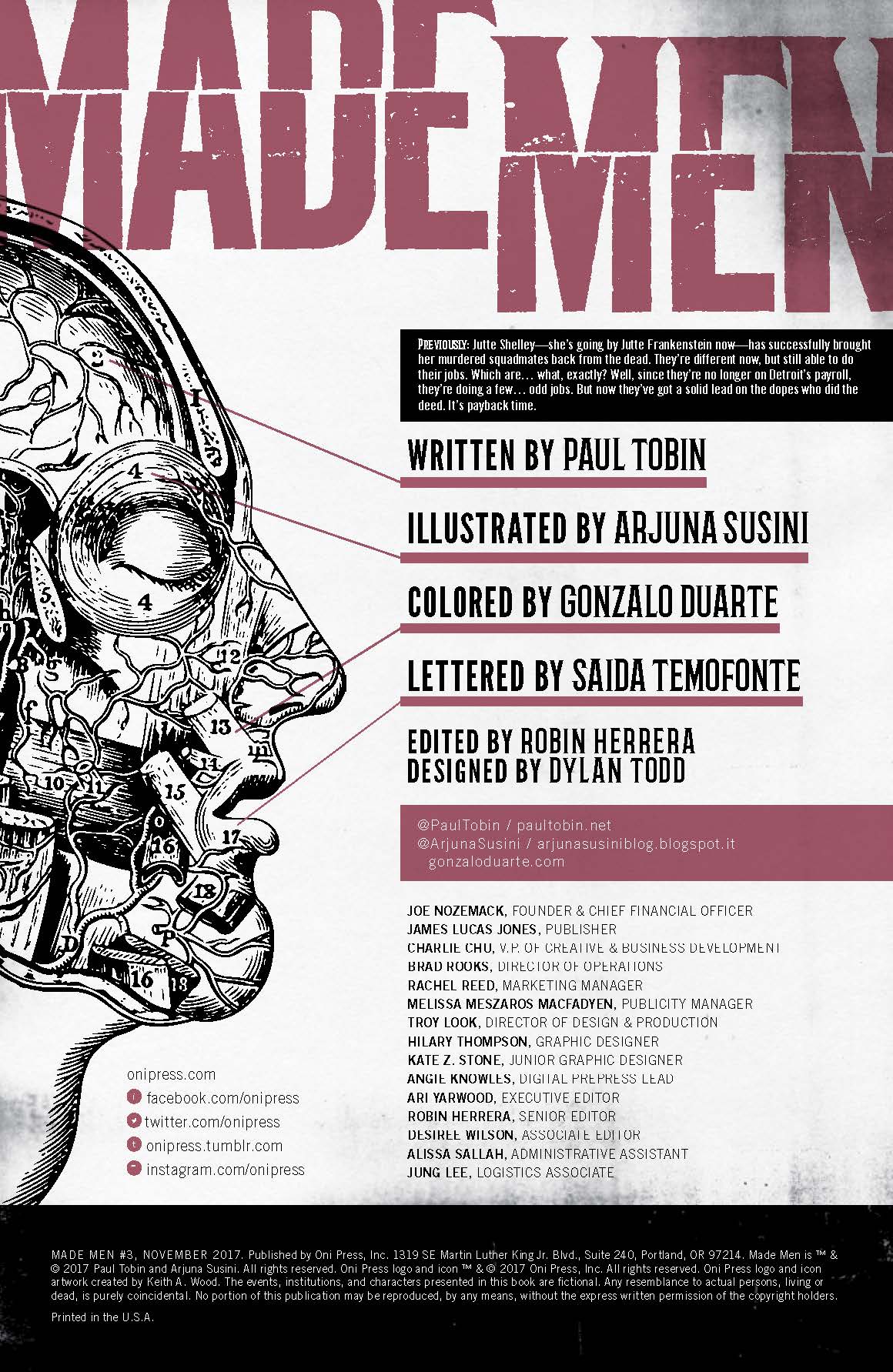 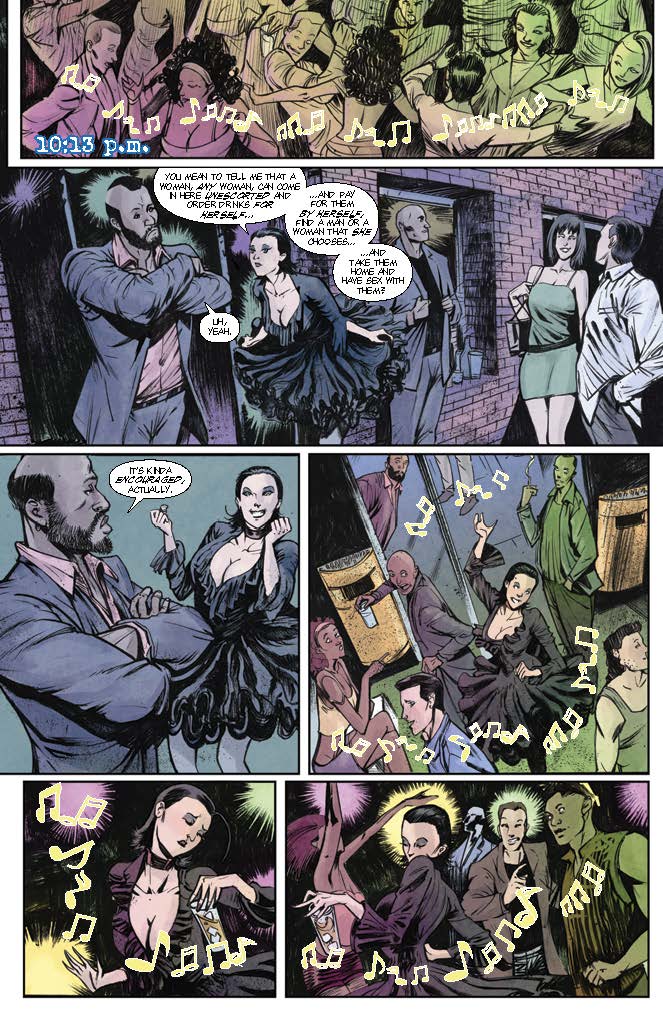 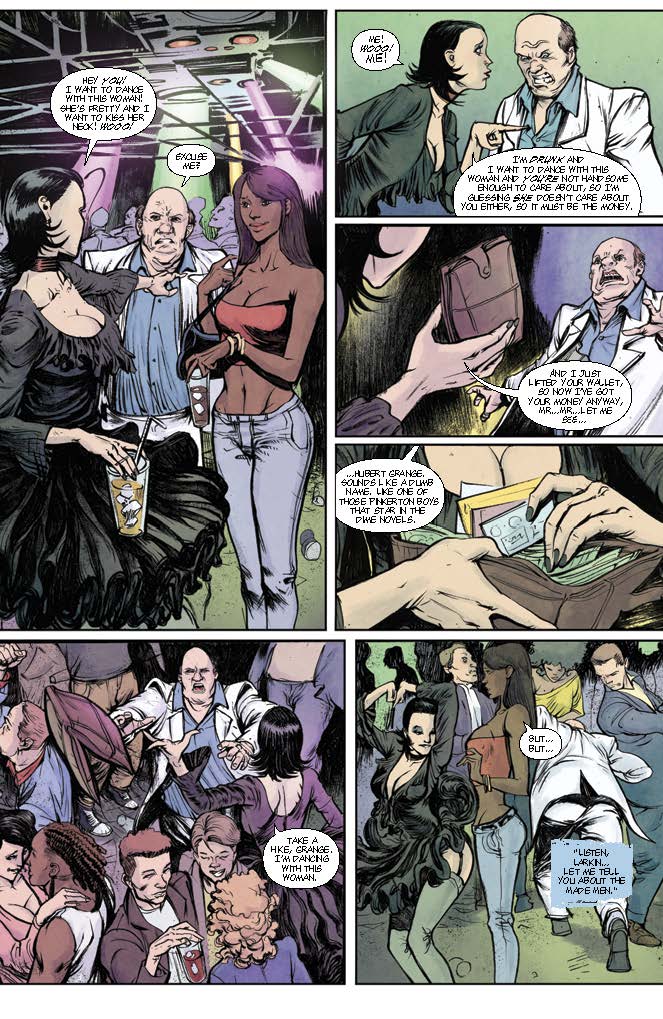 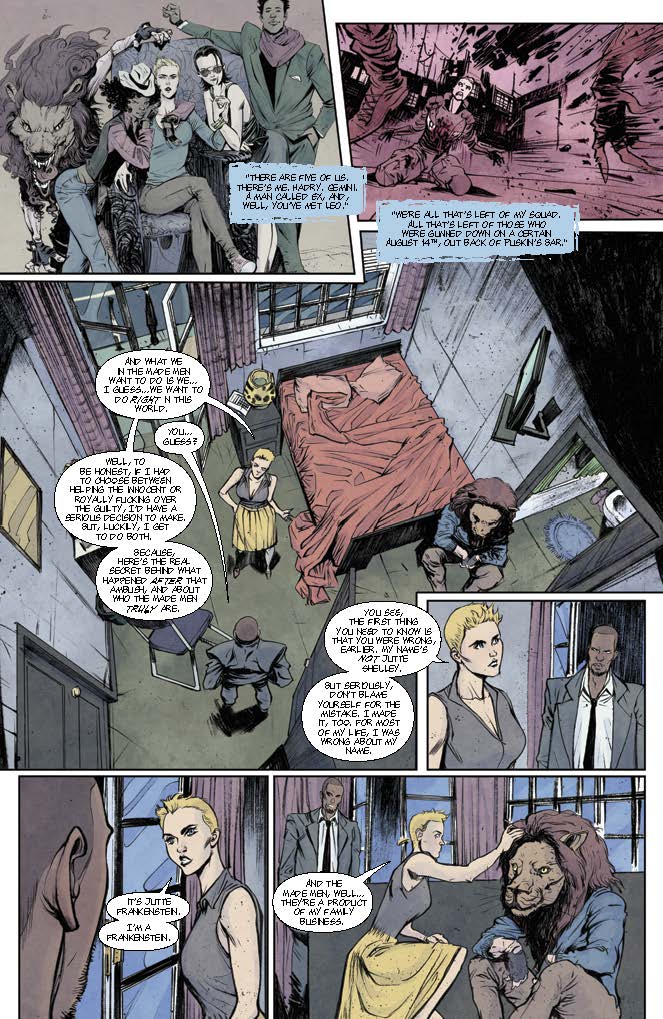 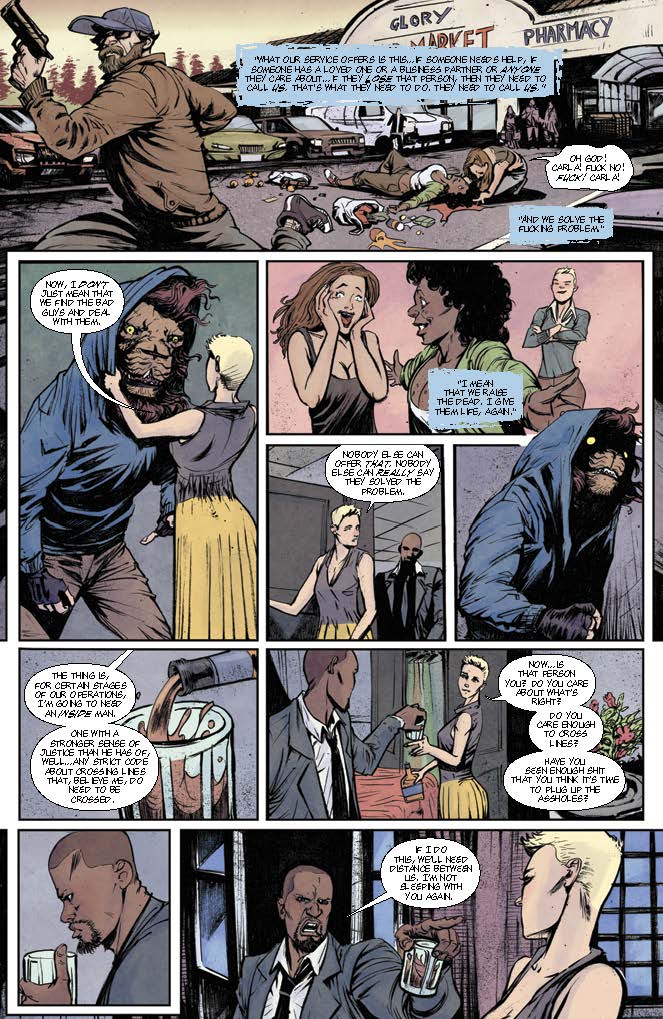 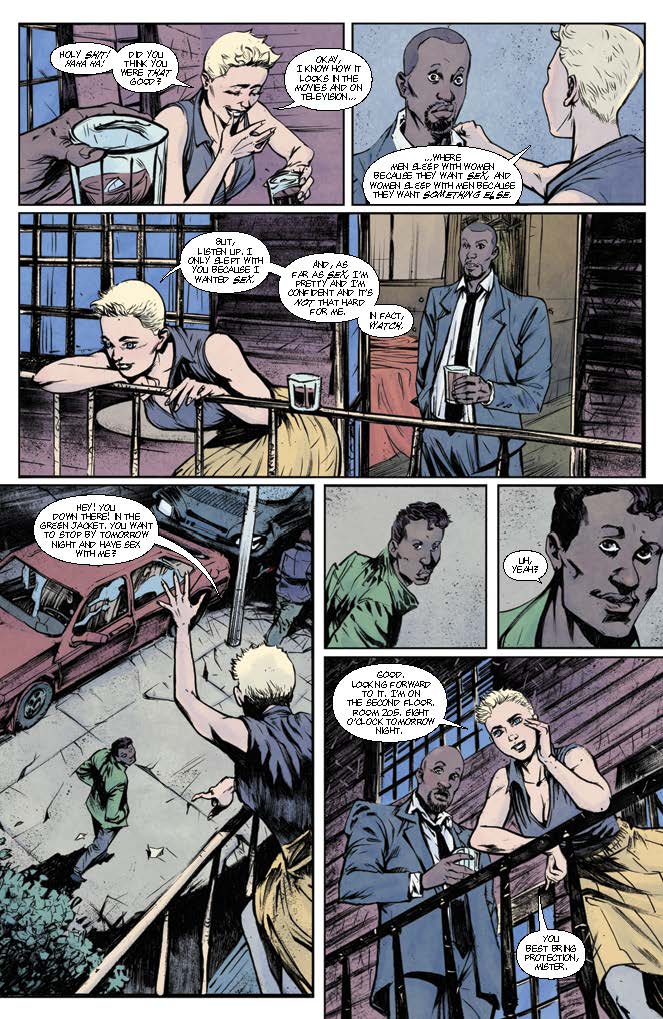