A gentrified city. Its homeless population restricted to six square blocks called The Dregs. When people start disappearing, a drug-addled homeless man obsessed with detective fiction becomes addicted to solving the mystery. Equal parts Raymond Chandler and Don Quixote set in a thriving metropolis that literally cannibalizes the homeless, The Dregs is the first homeless meta noir ever made. Collects issues 1-4. 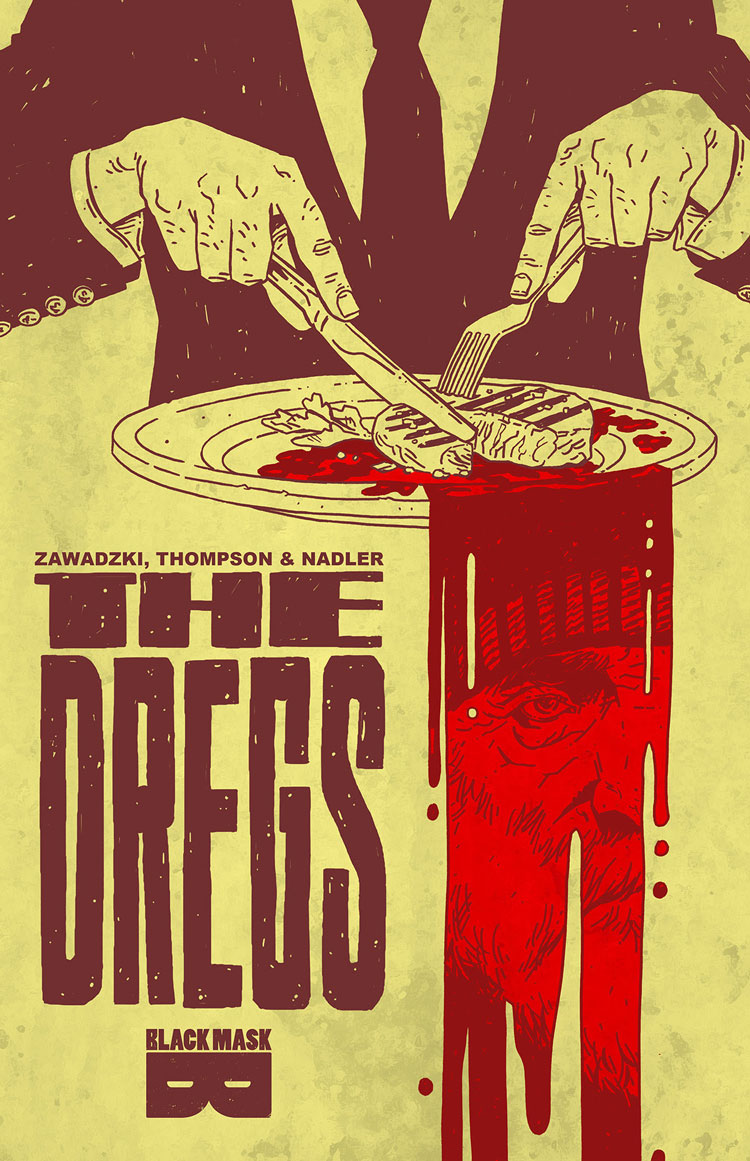 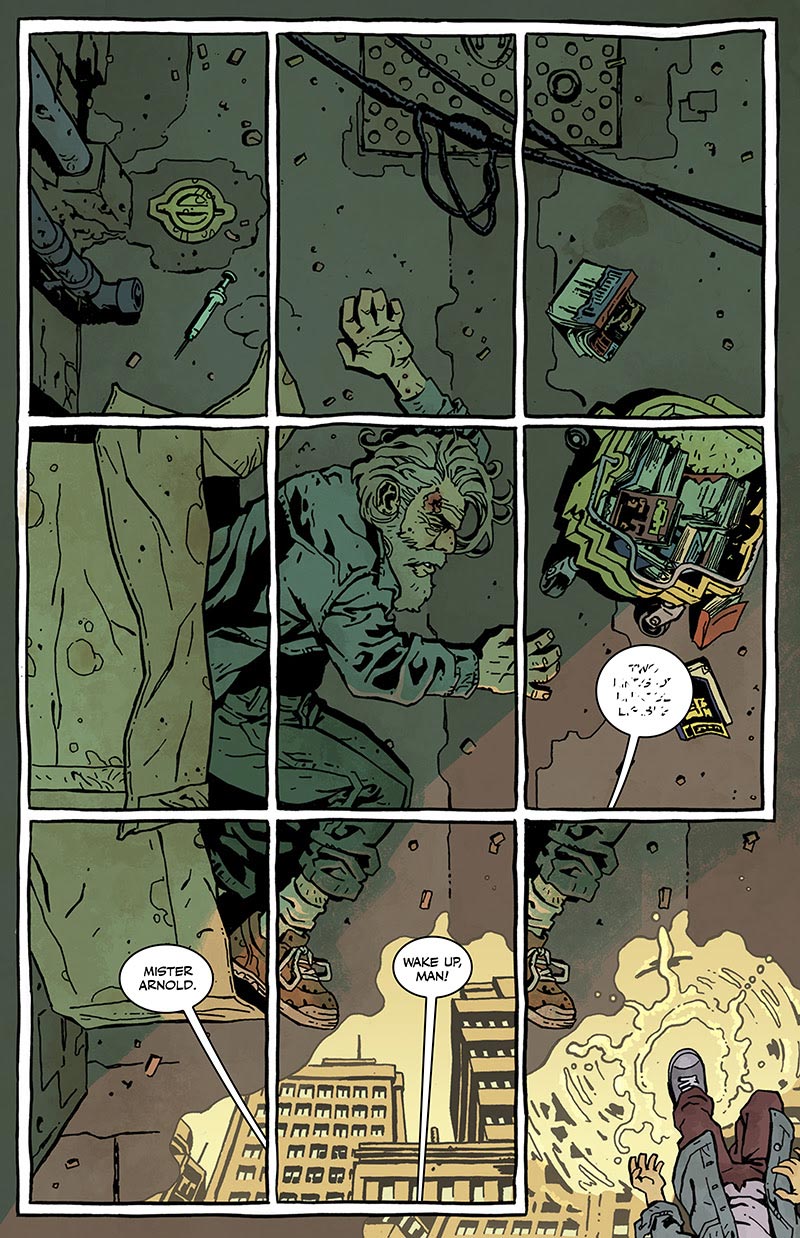 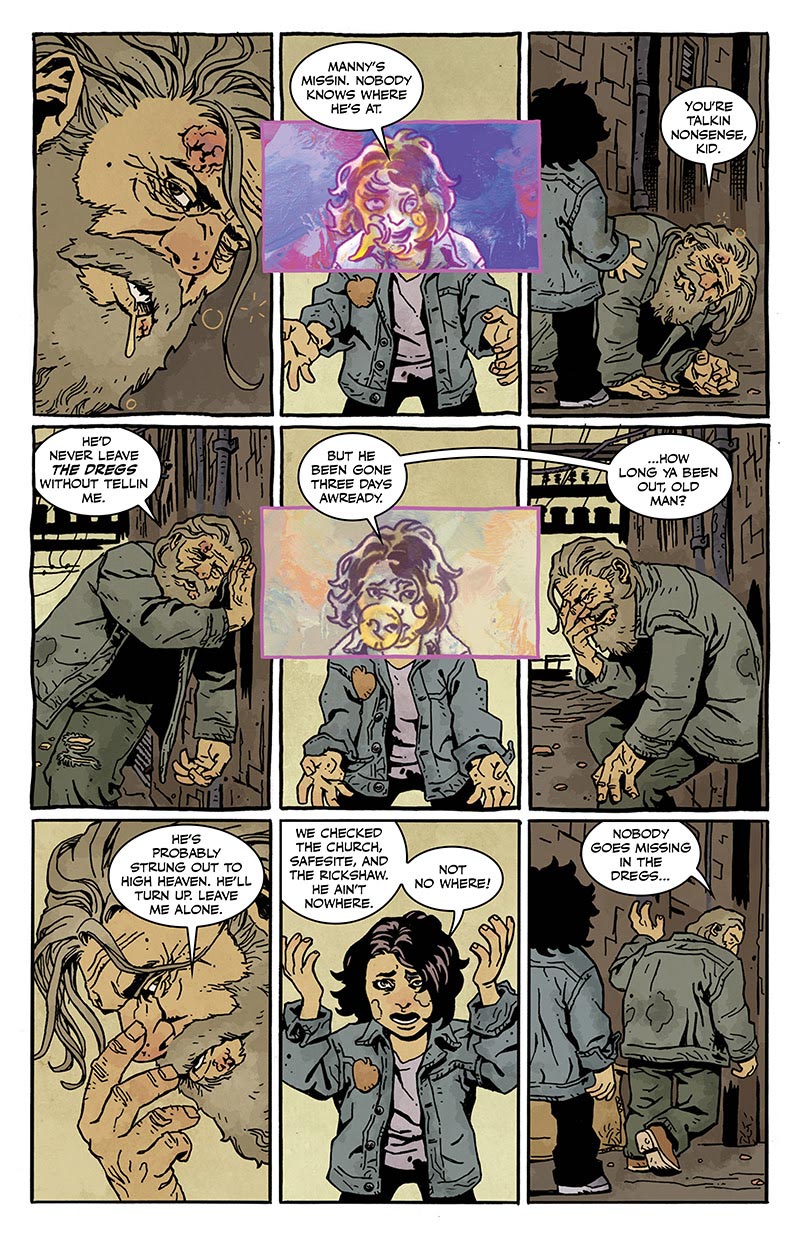 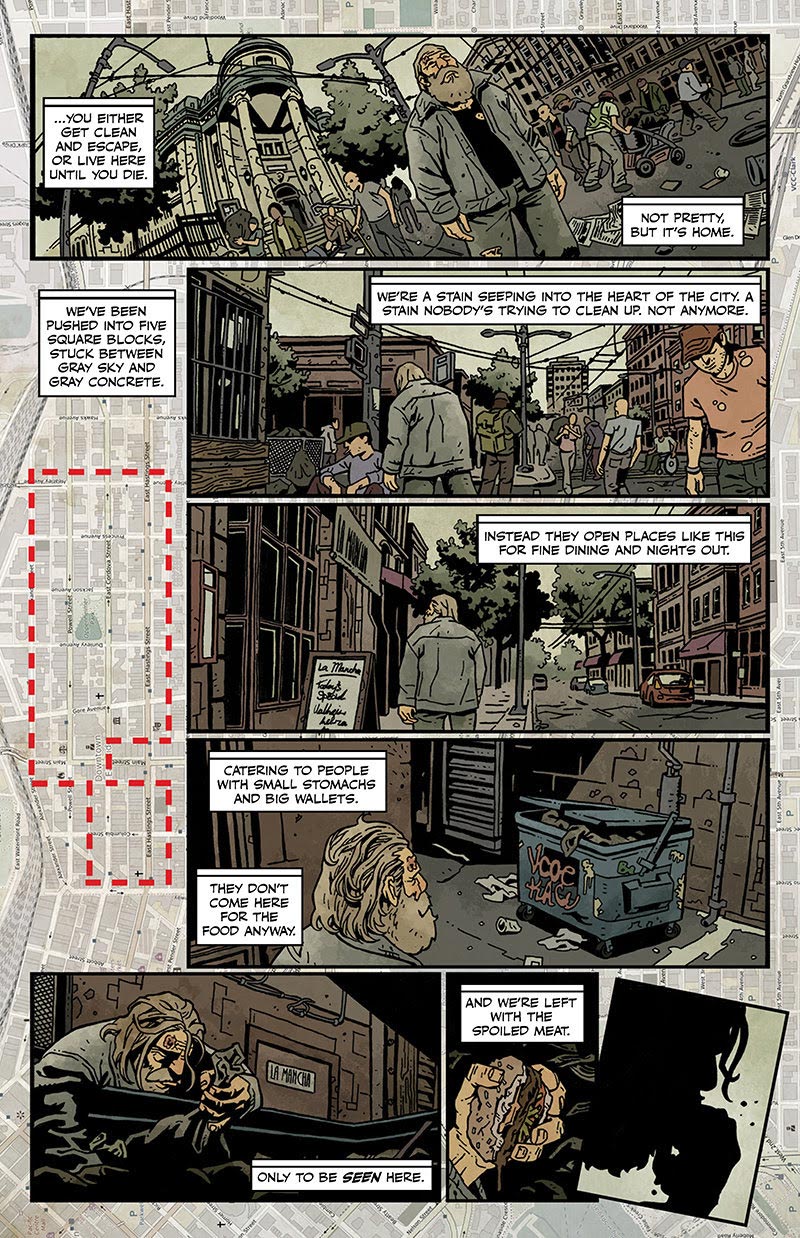 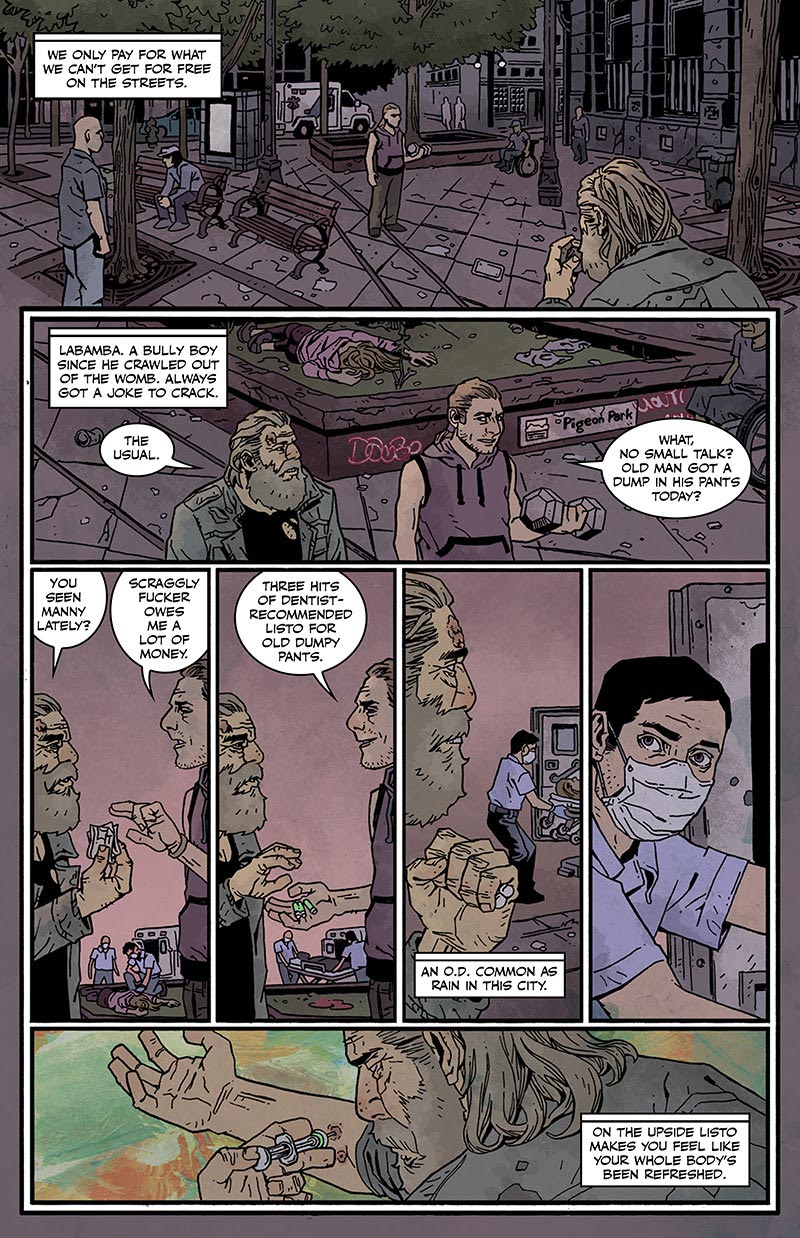 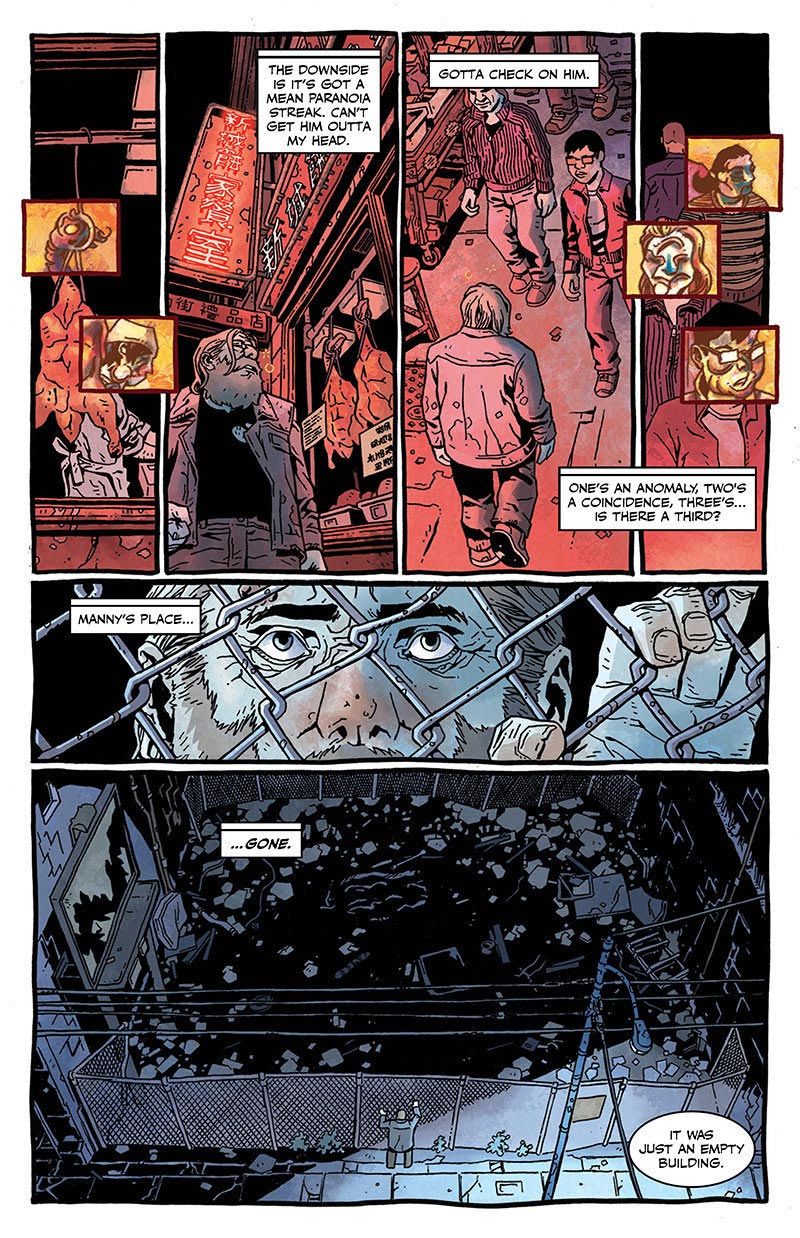 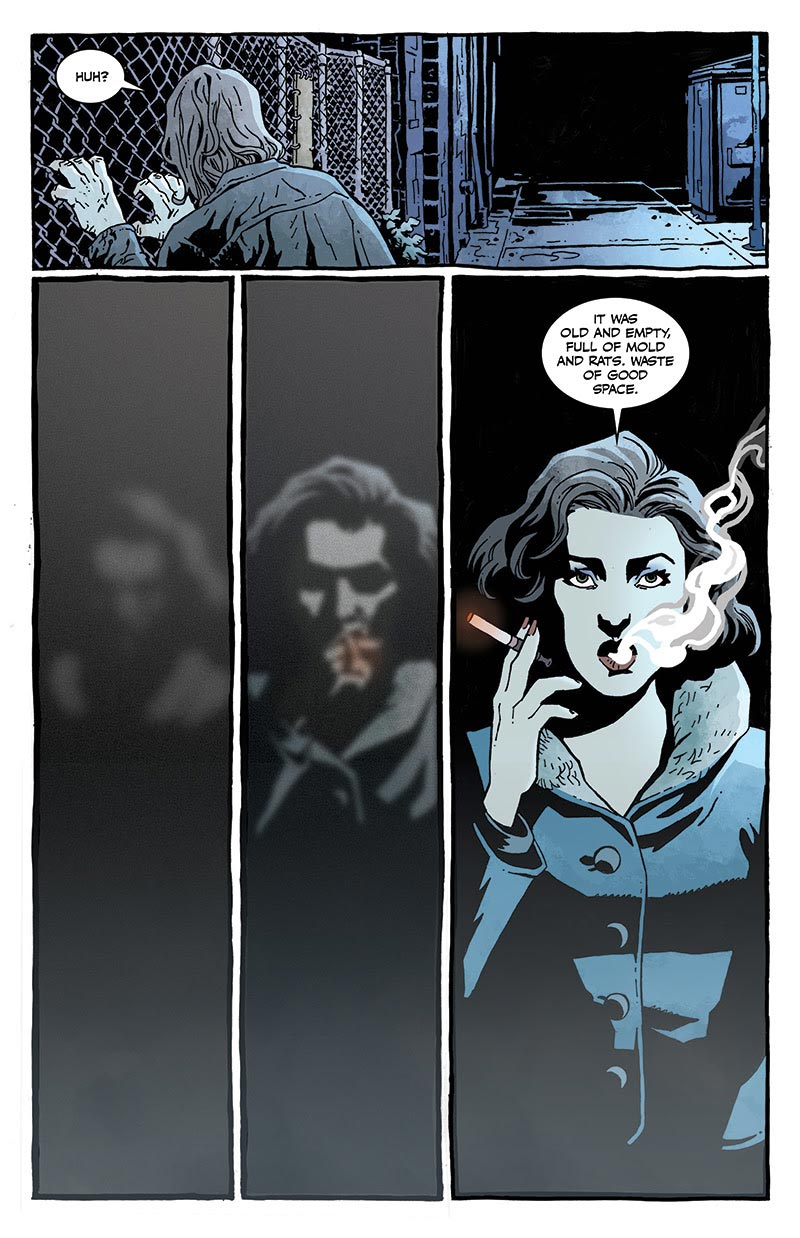 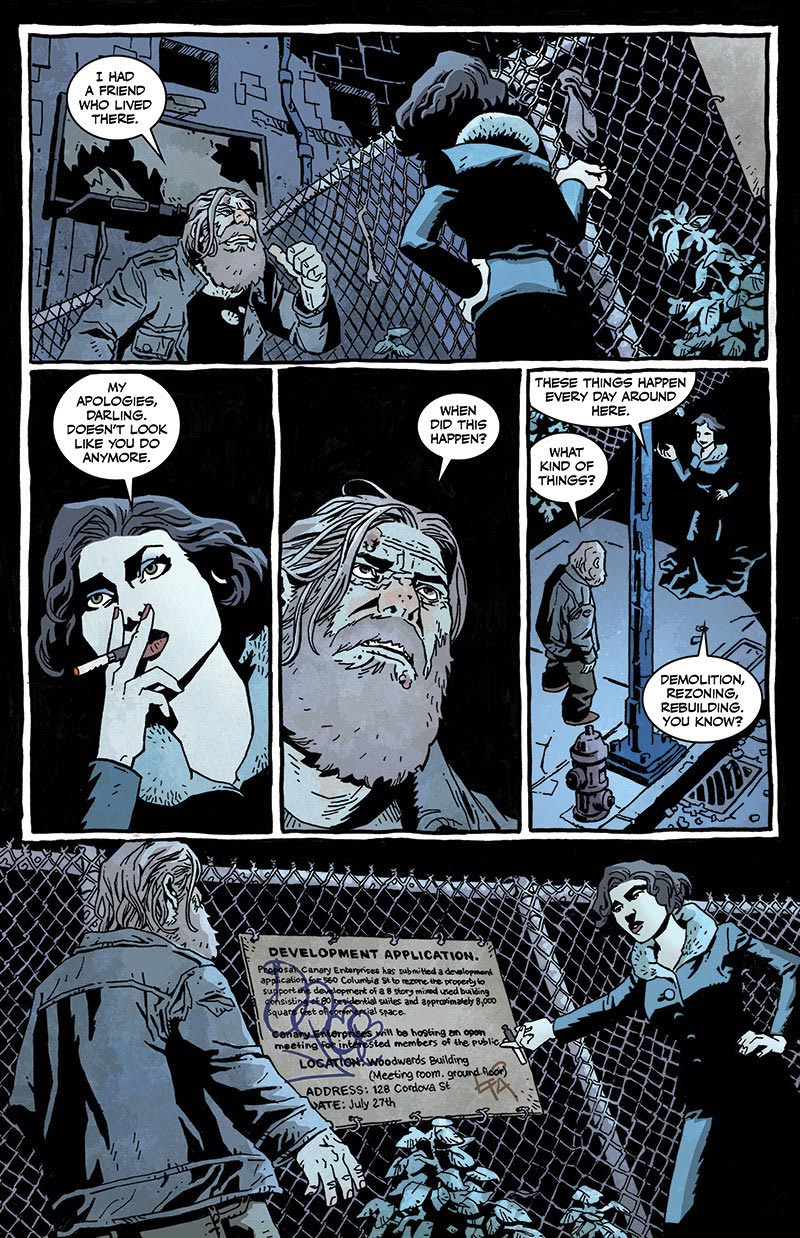 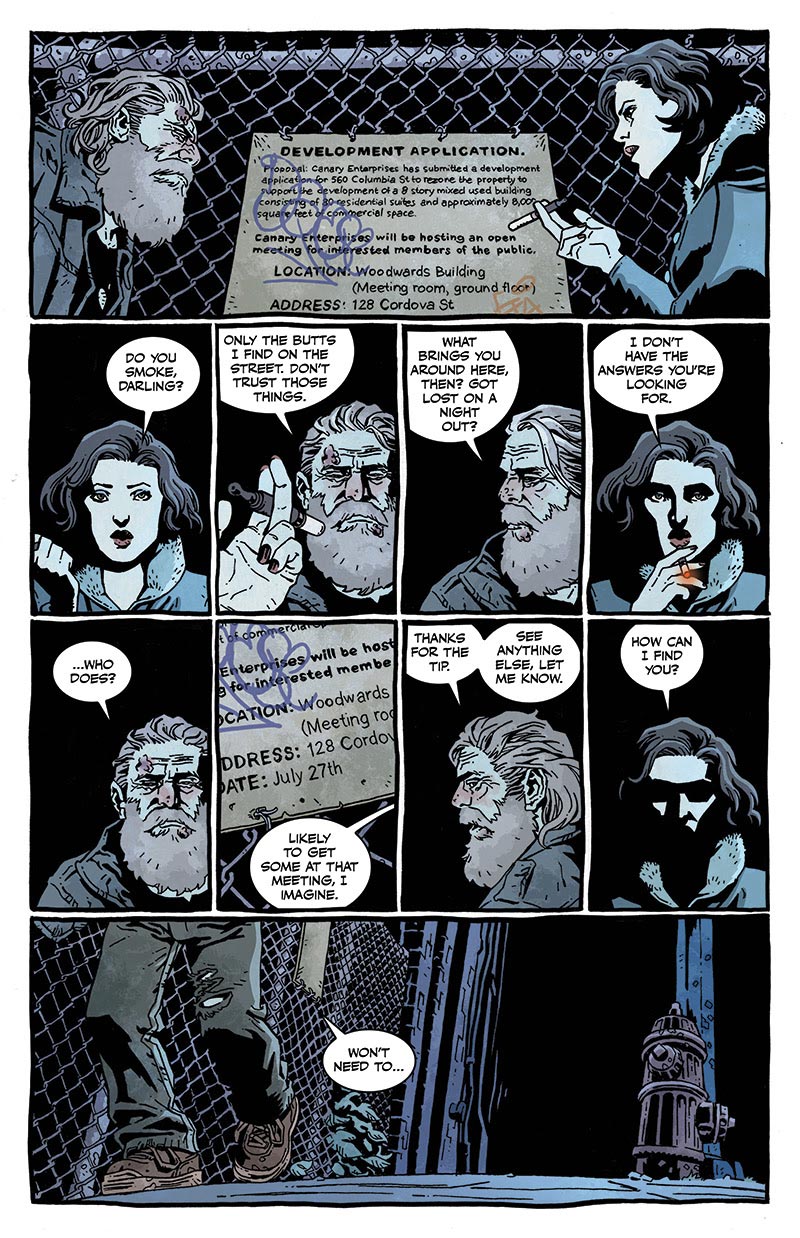