• When Doreen Green and Nancy Whitehead enter a mysterious programming competition, they don’t suspect that the prize for winners will be…an all-expenses-paid trip to the SAVAGE LAND!
• Yes: THE SAVAGE LAND! Also known as “a mysterious tropical region of Antarctica that we discovered is actually populated by DINOSAURS”!
• In the Marvel Universe, I mean.
• In OUR universe, the only thing ever discovered in that region was a note from Robert Scott’s doomed expedition to the South Pole (he arrived there weeks after his competition, Roald Amundsen, got there first), which read in part, “This is an awful place and terrible enough for us to have labored to it without the reward of priority”!
• The story of those Antarctic expeditions is fascinating, but OURS IS PRETTY FASCINATING TOO, plus it has Squirrel Girl AND dinosaurs in it!!
• So maybe read up on the other ones but definitely check out our comic right away. 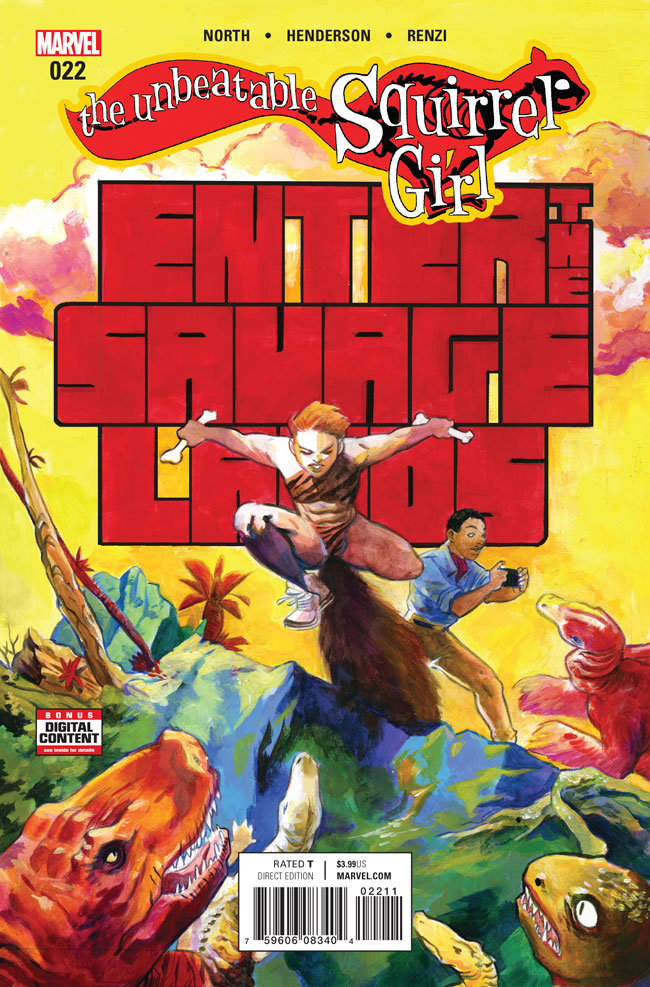 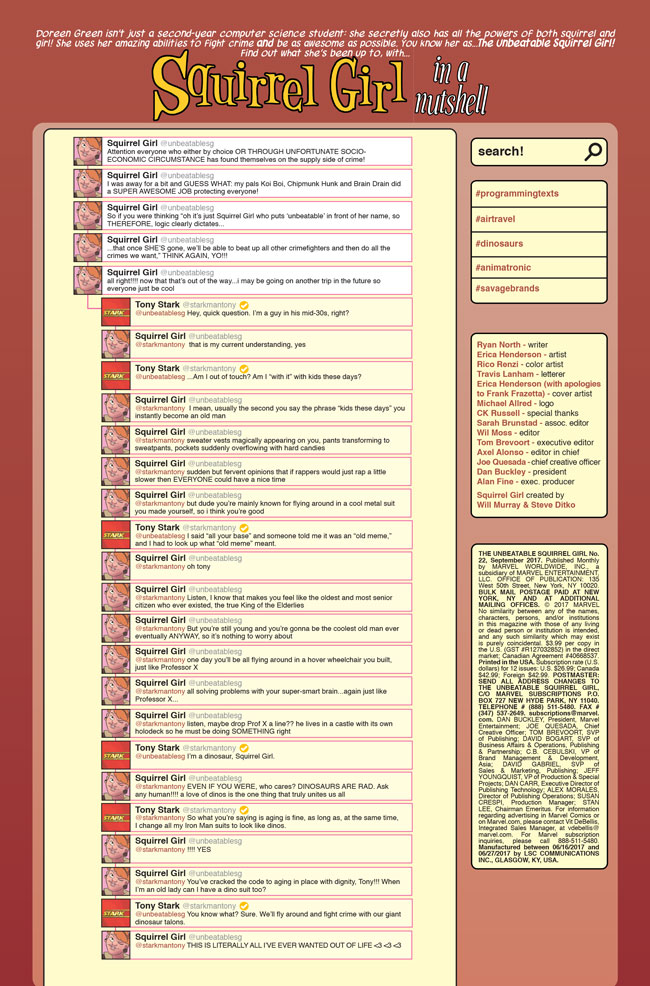 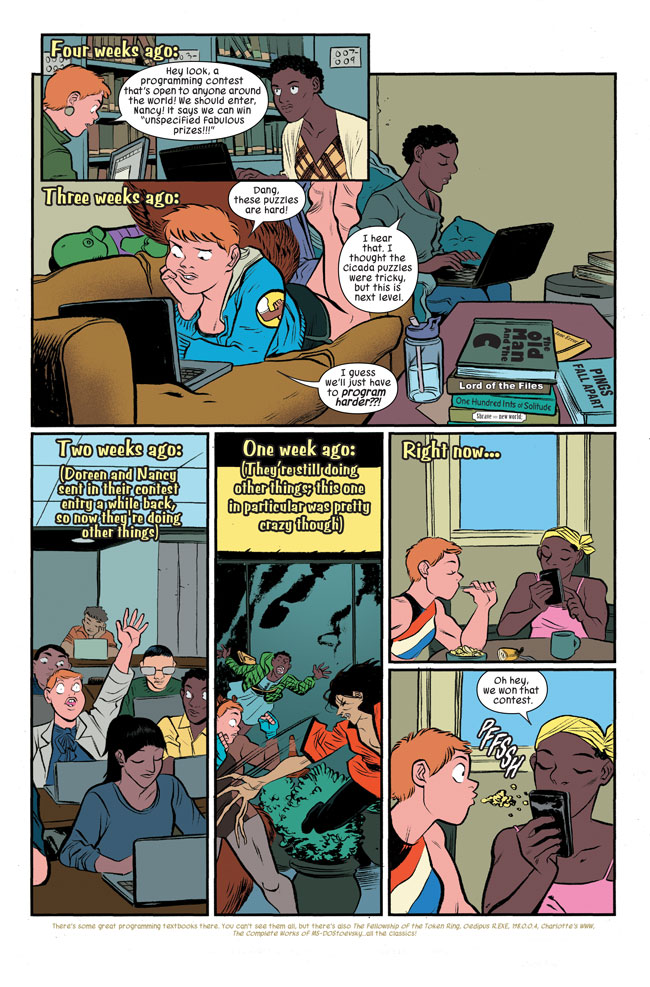 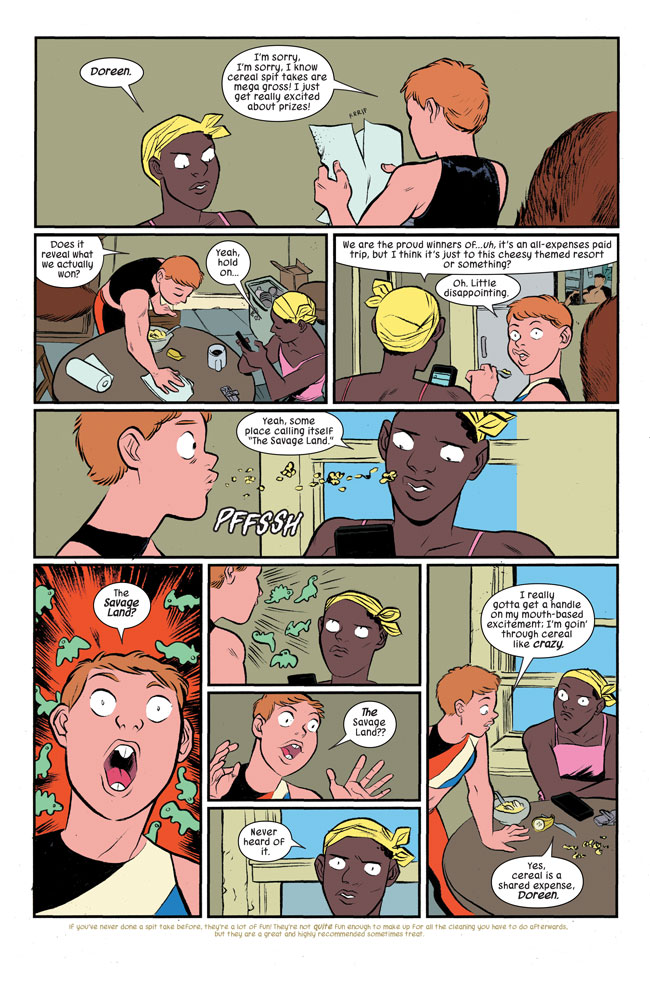 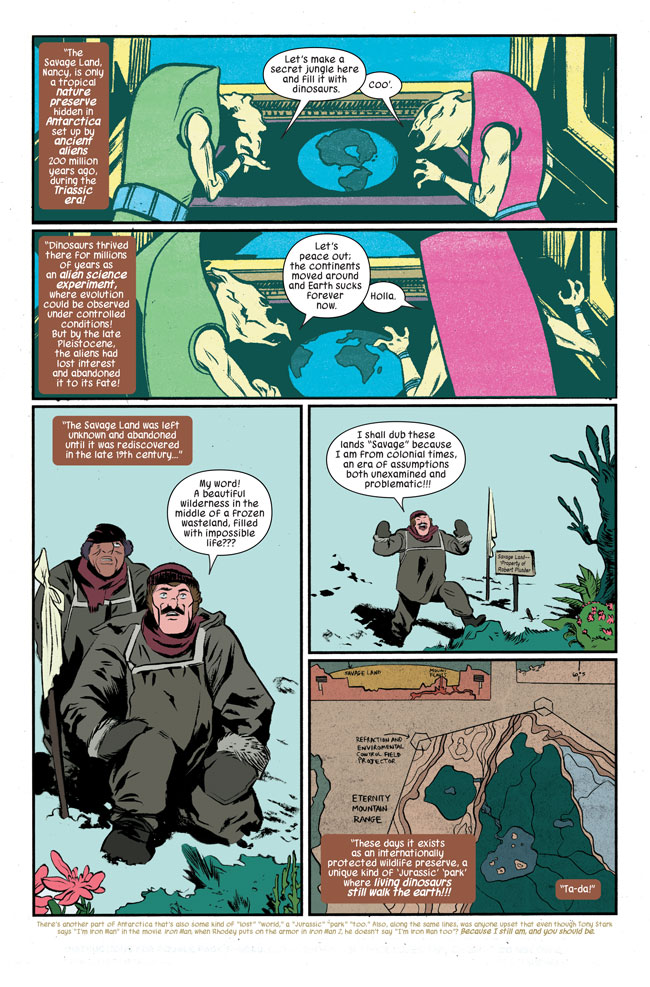 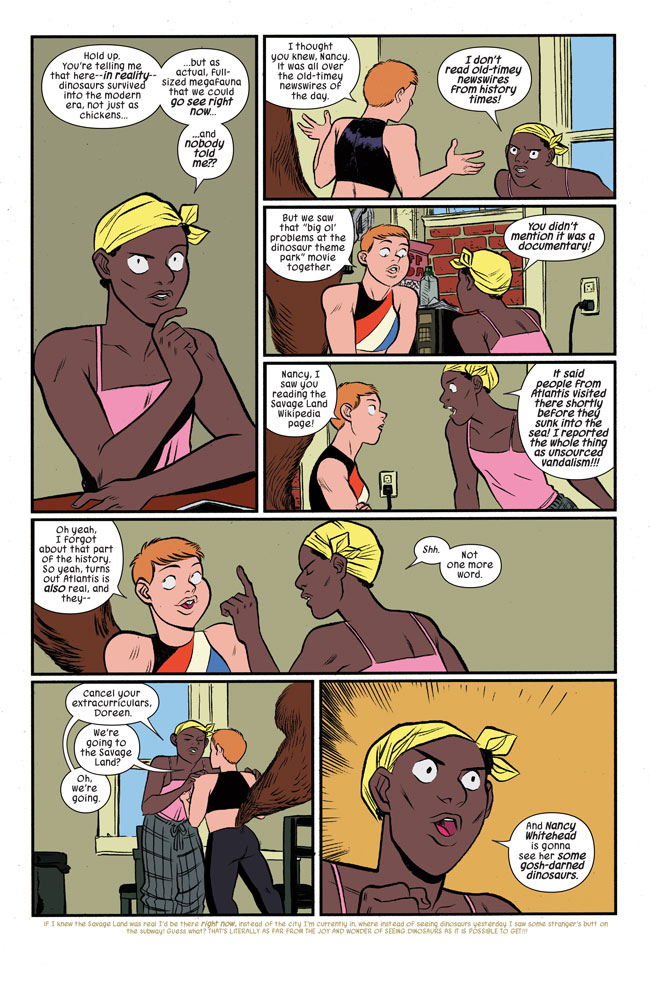