Remember last issue, when we went to the SAVAGE LAND, the nature preserve full of dinosaurs? Guess what? We’re still in the amazing SAVAGE LAND, and there’re even MORE dinosaurs!

Will Squirrel Girl FIGHT a dinosaur? Will Squirrel Girl fight TWO dinosaurs? Will we come up with really excellent reasons why these fights would take place, reasons that both justify the fights while also telling the story of what led to this dinosaur-punching smashup: a story which, even though it stars dinosaurs and Squirrel Girls, contains within it the chance for us to recognize, perhaps for the first time, our most personal and secret selves??

Of course we will; that’s literally our job. This issue also features jokes and a super villain who’s causing major problems, so it’s the complete package, really. 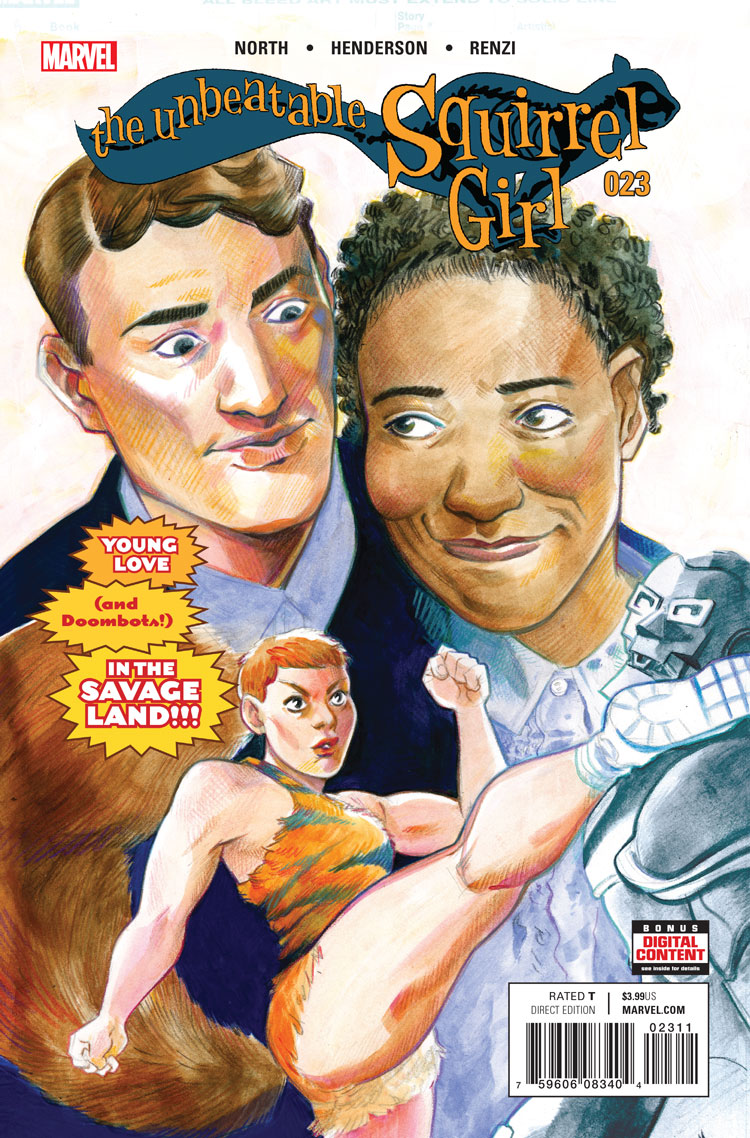 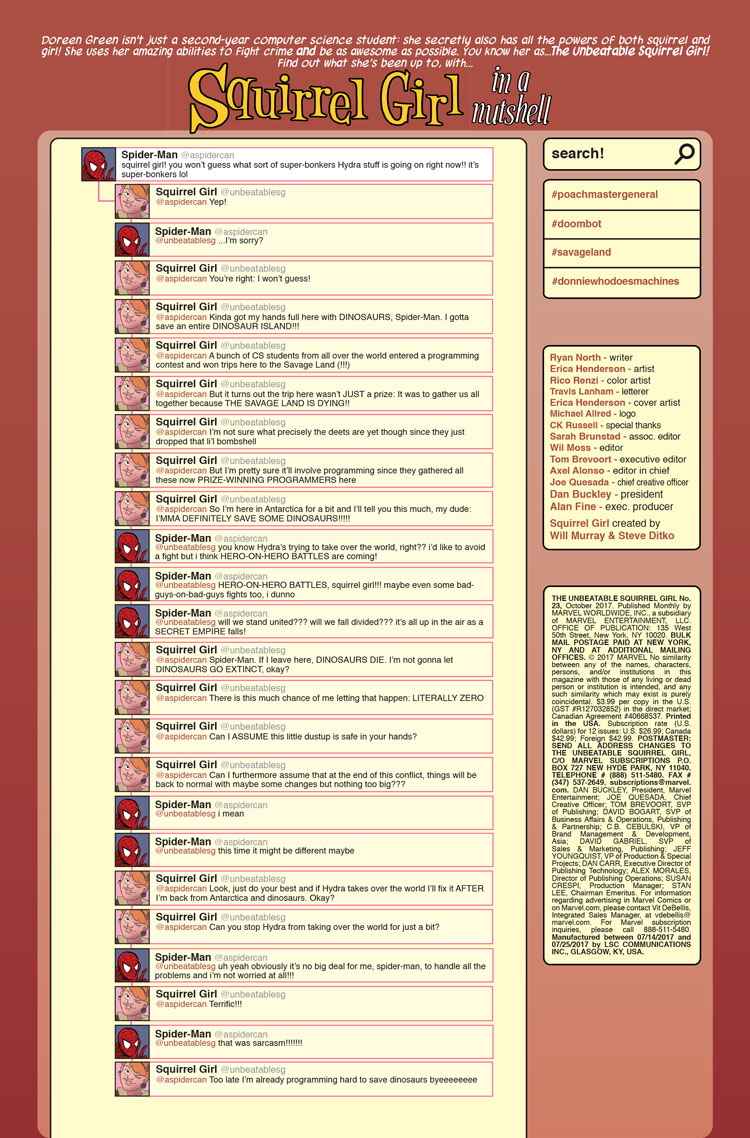 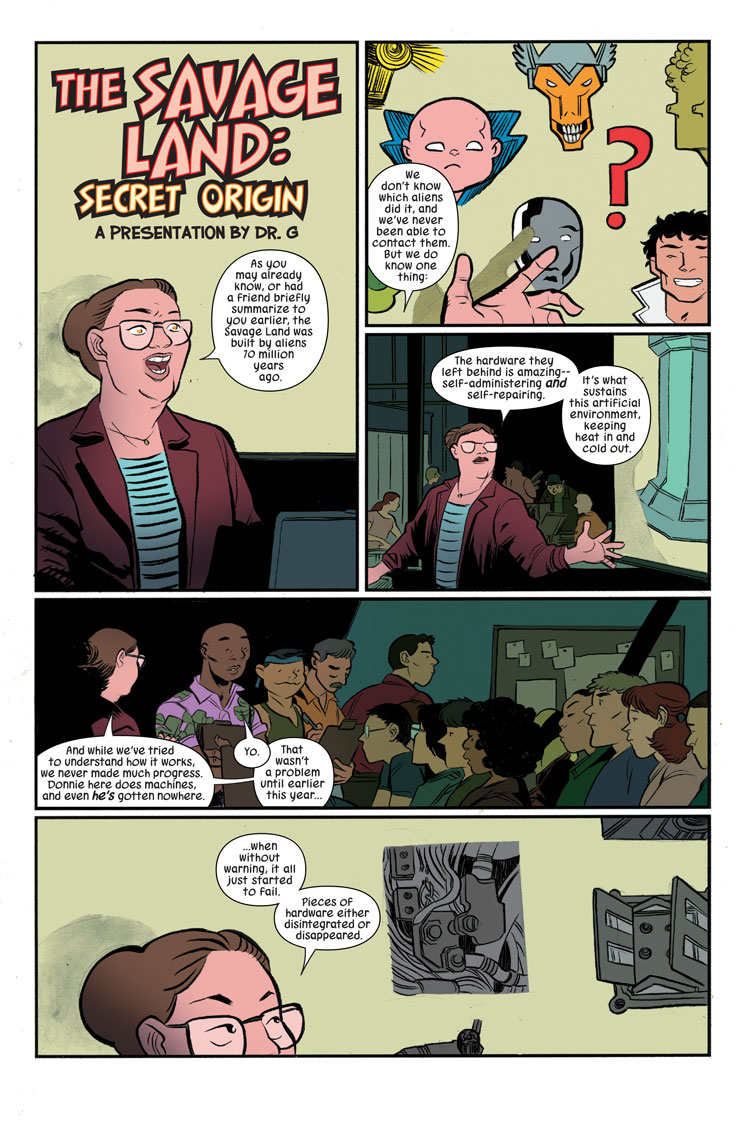 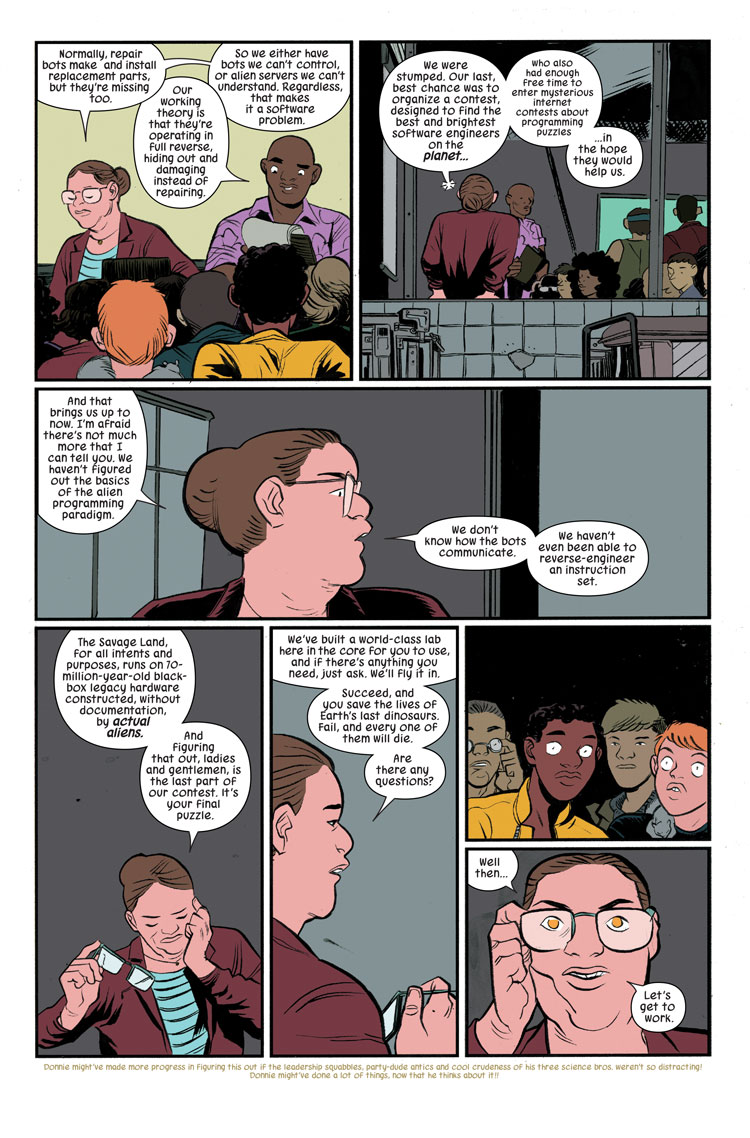 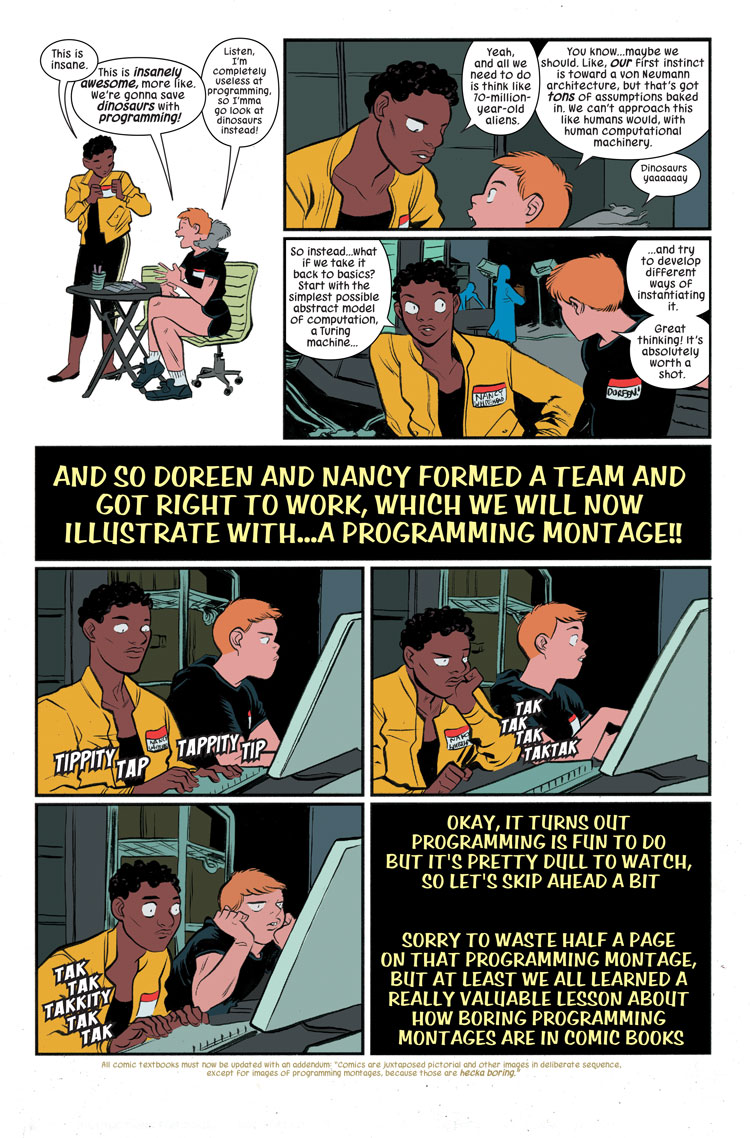