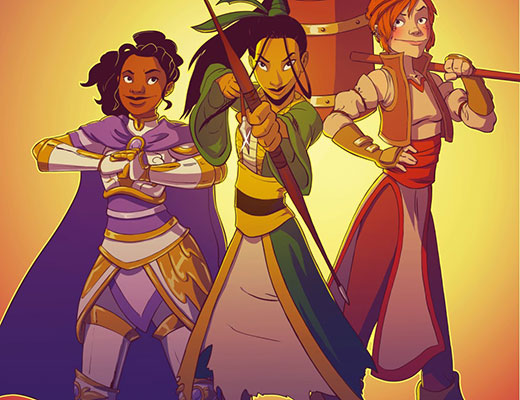 Every mother I know has told me the same thing: “I blinked, and suddenly everything was about princesses for Megan/Annie/Savannah/George.”

If you’re a parent who grew up watching wilting maidens get rescued by thick-haired dreamboats in tights, this princess phenomenon may feel like an insidious virus. And no matter how hard you try to keep these old-fashioned tropes out of your kids’ line of sight, they still show up, adorned with pink ball gowns constructed by friendly bluebirds and sporting a glassy-eyed admiration for a life of leisure and opulence.

But that doesn’t mean you have to give up on good role models for Maxine/Alexa/Siobhan/Geoffrey. Here are eight princess characters to steer your kids toward who won’t make you cringe (I promise). 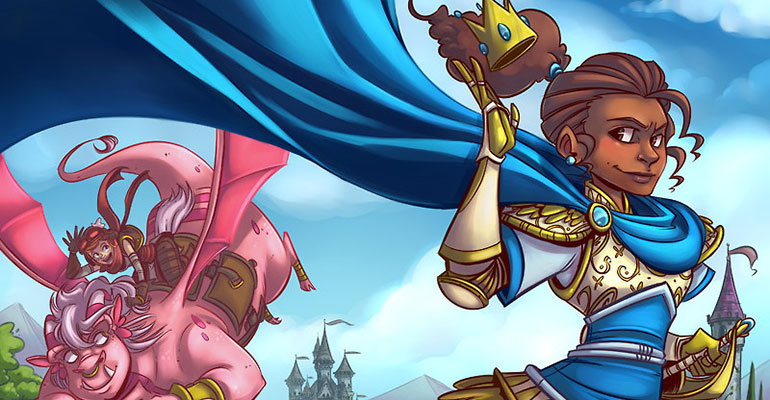 Who doesn’t want to read about a princess whose defining message is to “save yourself”?

Trapped in a dragon-guarded tower by her own parents (they want her rescued by a suitable princely suitor, you know), Princess Adrienne decides to take matters into her own hands. Armed with a sword she happened to find under the bed and her trusty pet dragon, Adrienne escapes and sets off to rescue her seven sisters — each one trapped in a tower of her own.

Including characters like the first female blacksmith to a half-dwarf named Bedelia, “Princeless” is a comic book series filled with characters of all shapes and sizes guaranteed to uplift and inspire readers of any age.

And as one of a just a few young girls of color we get to see headlining popular media, Adrienne is a great role model for children whose parents are actively seeking out more diverse representations today. 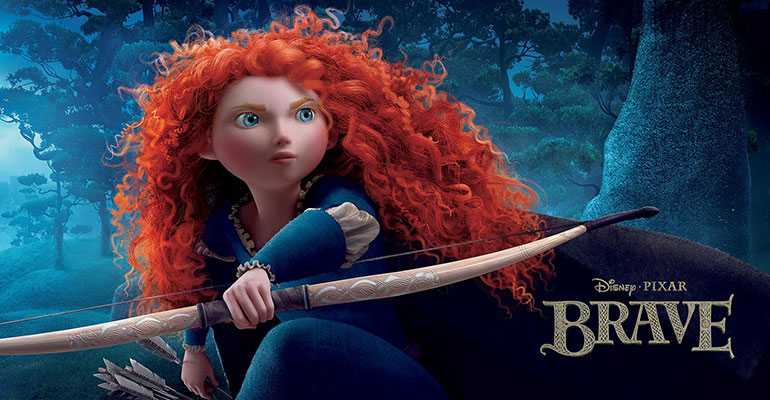 A princess who isn’t afraid to outshine her suitors, or disobey her mother’s edicts to marry, Merida is a fantastic break from the ho-hum glass slippers and wistful songs we often see with animated heirs to the throne. Merida loves the outdoors, has wild and untamed red hair (love that!), and isn’t the least bit graceful, yet she has a charming quality you can’t help but fall in love with instantly.

What’s even more compelling is that Merida doesn’t have to be caustic to be rebellious. She’s not rejecting her parents or the throne wholesale, but rather asking for the freedom to make her decisions when she’s ready. Sure, she makes some mistakes along the way — the scene where she makes up with her mother will break your heart — but through and through, Merida is a good kid who doesn’t want to fit the mold of the proper princess. And you’ll love her for it as much as your kids will. 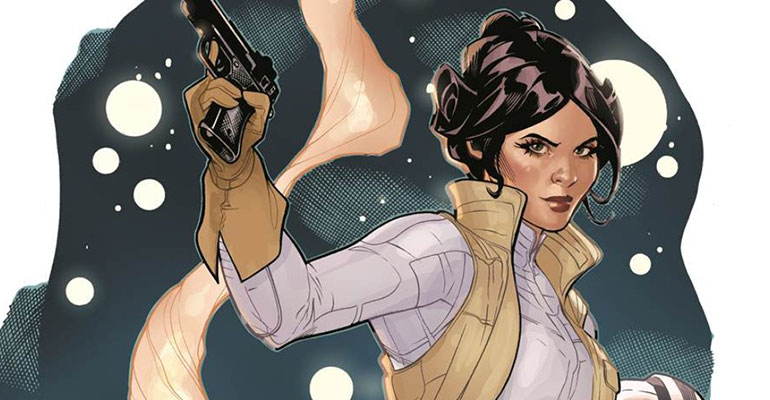 Princess, senator, military leader, heir to the Jedi — Princess Leia Organa has it all: a sharp wit, great aim, a brilliant strategic mind, and deep compassion for those suffering under the iron fist of the Empire.

Far from a damsel in distress, Leia consistently was just as (if not more) responsible for her own rescue as the men who surrounded her. She even mounted her own mission to recover captured love Han Solo, sneaking past Jabba the Hutt’s deadly forces in the disguise of a cruel bounty hunter.

Without Leia’s leadership, the Rebel Alliance would have been lost. And it’s not just the movies that show how true this is. From her experience as a fighter pilot in the most recent comic book series to her training as a next generation Jedi in the expanded universe books, Leia proves once again that under the right circumstances, royalty can breed great responsibility and valor. 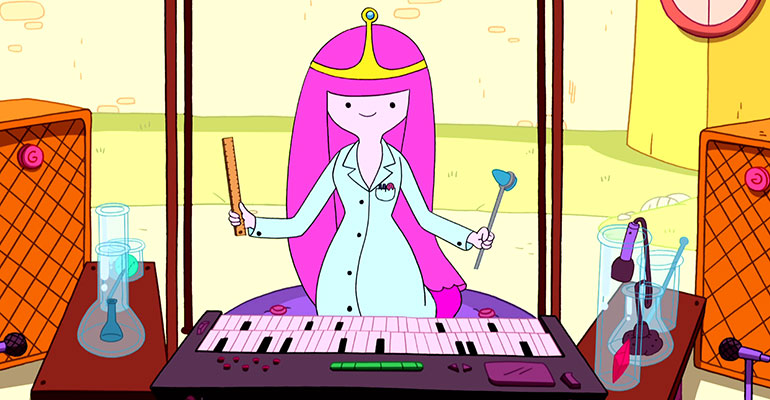 For a young woman made entirely out of bubblegum, Princess Bonnibel Bubblegum is a force to be reckoned with.

Benevolent dictator of the Candy Kingdom, where all the inhabitants are made from types of desserts and candies, Princess Bubblegum is kind and soft-spoken — until her subjects are threatened. Then all bets are off. She also is an accomplished scientist, shown at times to be far more interested in discovery and knowledge than either ruling or falling in love.

Princess Bubblegum’s proficiencies don’t stop with chemistry, either. She speaks German and Korean fluently, has strong musical aptitude, and is an accomplished whistler and talented hand-to-hand combatant. There’s seemingly nothing she can’t do if she puts her mind to it. And isn’t that the best attribute for a princess? 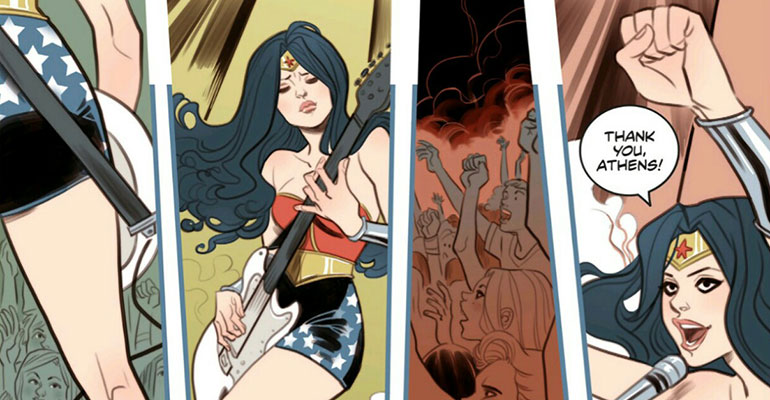 In one particular Sensation Comics story, writer James Tynion IV and artist Noelle Stevenson captured a moment in young Princess Diana’s life that truly encapsulated who she is as a character and as a hero to look up to. Even as a teenager, years before becoming the hero we know and love, Diana manages to reach out to other young women and boost their self-esteem and self-worth. And all while learning how to play Dance-Dance-Revolution.

The stories in Sensation may not be in continuity (or they might). They may feature Diana as Wonder Woman (or they might not). Diana could be in a band (as in Sean Willams and Marguerite Sauvage’s story) or be fighting in outer space against alien menaces alongside other women heroes. But what’s definitely true is that Princess Diana is out there fighting the good fight for her sisters — and has been for nearly 75 years. 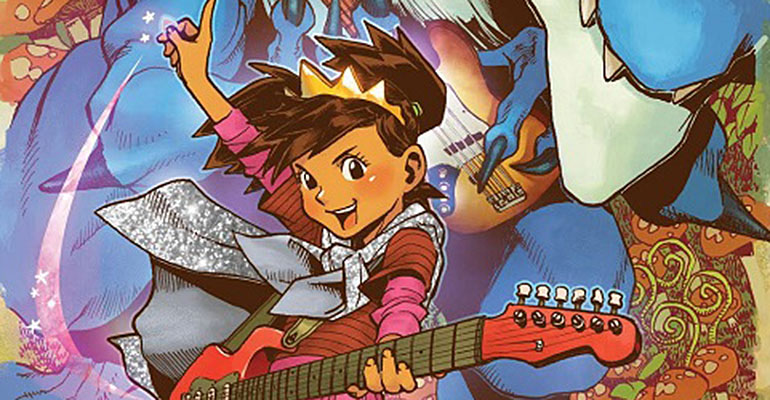 Princess Gloria of The Princess Who Saved Herself

Based on Jonathan’s classic song “The Princess Who Saved Herself,” the star of this recently Kickstarted and printed hardcover children’s book is no lightweight role model.

Gloria Cheng Epstein Takahara de la Garza Champion is a princess who lives in a pink and purple castle, eats cake, has a pet snake, and plays rock ‘n’ roll guitar all day long. And when the classical-guitar-playing witch who lives next door decides she hates Glory’s music, you’d better believe there’s going to be some trouble. 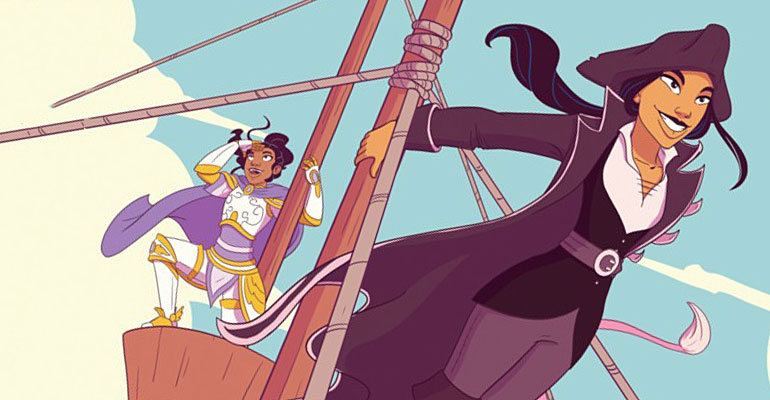 Spinning out of the third Princeless series, Raven is a very different princess, even from Adrienne herself. Unlike her friend, the pirate princess has been training to rule the seven seas since birth. Her father doted on her and encouraged all sorts of skills in her that many kings would never think to expect from their daughters.

A master sword-fighter, acrobat, and all-around fighter, Raven is pretty much everything Adrienne thinks herself to be — but actually is. And now, heading off into her own adventures, Raven has a chance to prove to her brothers, who had locked her away into a tower, that she means business as a princess.

Raven is also a really refreshing lead in the princess market, because she’s not waiting around for her prince to show up, at all. Now, if another princess were to pop up in her spy glass… well, then we might have something to talk about. 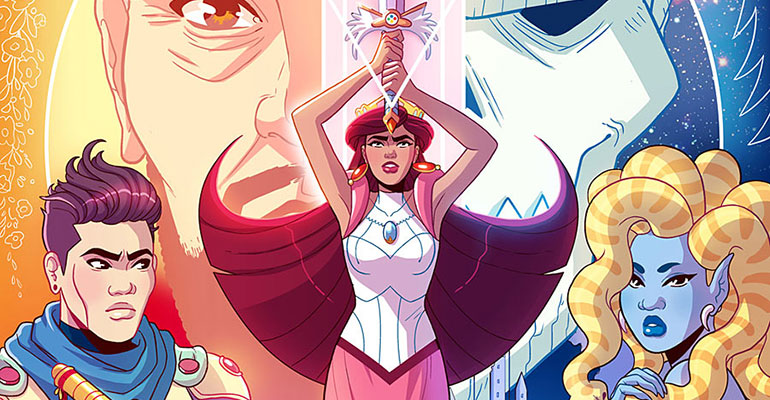 Princess Misty of Another Castle

Just announced at this year’s San Diego Comic Con, Another Castle is the forthcoming title for 2016 from writer Andrew Wheeler and illustrator Paulina Ganucheau, featuring a brand new character who is breaking the mold on what it means to be a princess.

Princess Misty is captured by the evil Badlug, and quickly mounts an escape. She is nearly out the door when she discovers that her disappearance would have terrible consequences. Because without a princess, the prince won’t come, and without the prince, the legendary sword that can kill Badlug also won’t come. And if Misty leaves, Badlug will be infuriated, and take it out on the citizens of Grimoire.

It’s happened before, when Misty’s own mother died while she was Badlug’s prisoner, and he blew up his own castle. So Misty returns to captivity, and conspires with the citizens of the castle to bring a regime change to Grimoire. Together, they team up with the bumbling prince, get the sword, and free the kingdom.