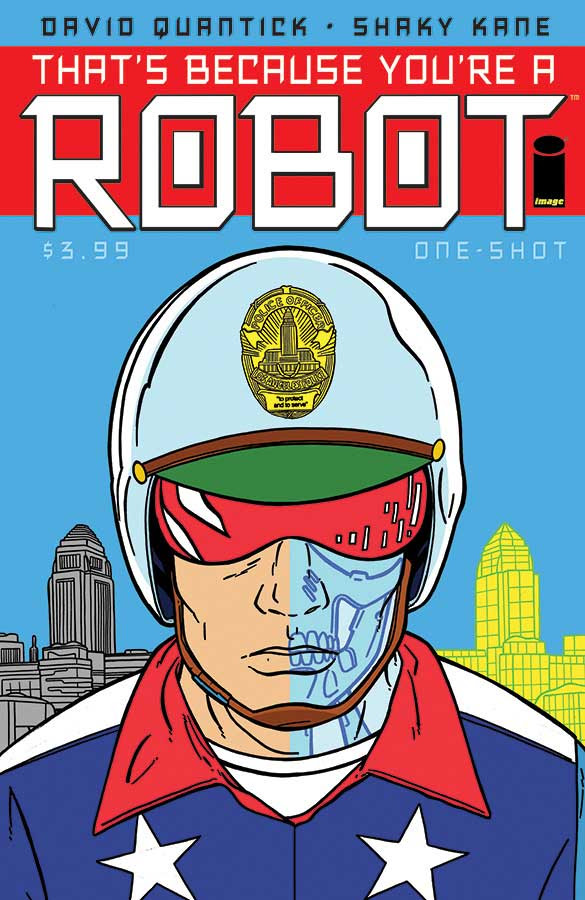 David Quantick & Shaky Kane have teamed up for a one-shot, That’s Because You’re A Robot, available this June. 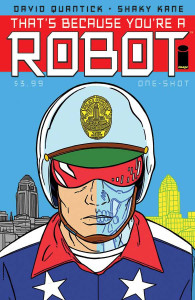 Two cops patrol a near-future Los Angeles together in an oversized patrol car, and one of them is a robot—but we don’t know which! “Welcome to a world where identity is uncertain, the definition of humanity is open to question and there is an evil giant leprechaun who can fly,” said Quantick. “Welcome to That’s Because You’re a Robot.”

Kane further described the mix of styles in THAT’S BECAUSE YOU’RE A ROBOT. “Imagine ‘Car 54 Where Are You?’ channeled through Philip K Dick’s cryogenically preserved brain, broadcast via the first Pye color television set with the color turned up to full retina burn,” said Kane. “If you did, you’d get something close to That’s Because You’re a Robot… but not that close.”