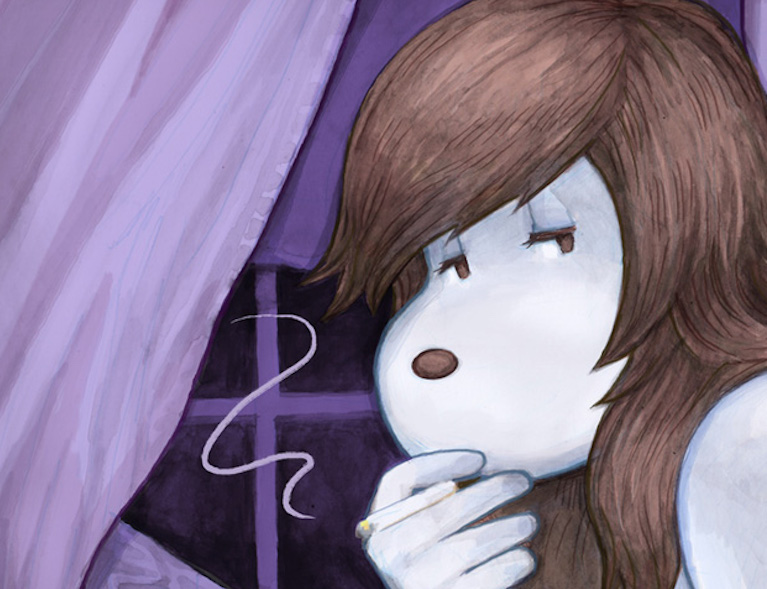 Coming from writer Michelle Perez with art from Remy Boydell, and previously featured in Eisner nominated anthology Island, is The Pervert, an unflinching and honest account of a trans girl surviving through sex work in Seattle.

Michelle was kind enough to take the time to talk with us about trans representation, and her experiences working on The Pervert from its conception and beyond. 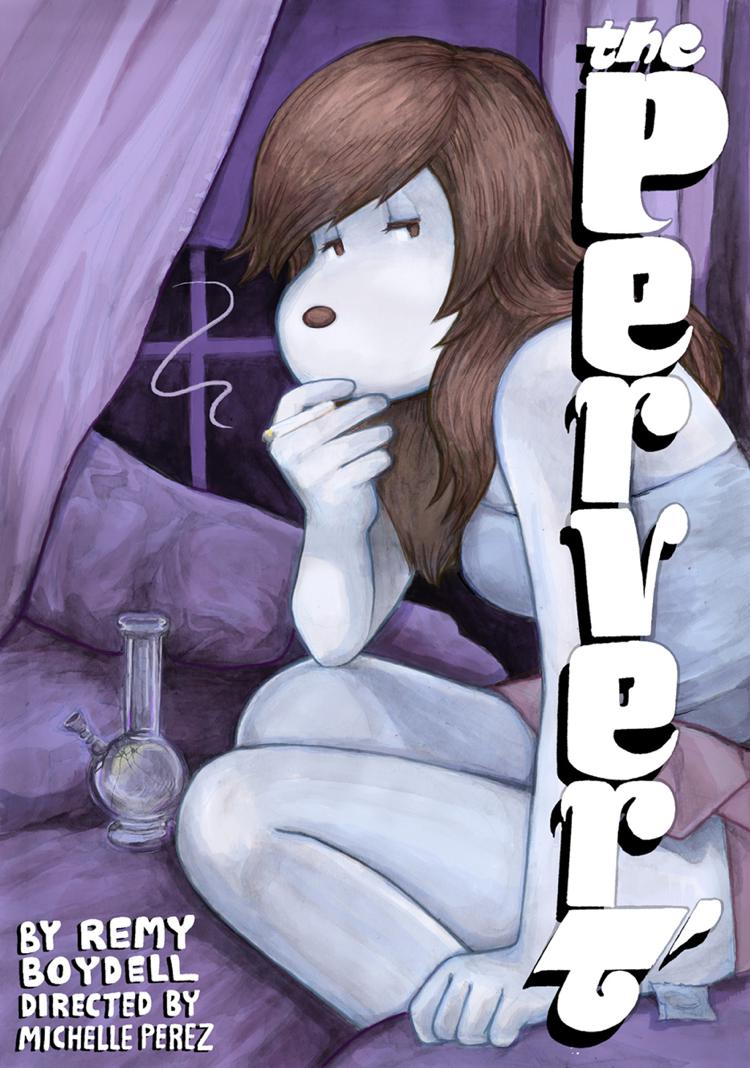 Kelly Richards: Thank you for taking the time to talk to us today. Would you mind introducing yourself and sharing a little bit about your background?

Michelle Perez: I’m Michelle Perez. I’m a writer, I started out doing games criticism and humor with the now defunct Medium Difficulty blog. I’ve been a D.I.Y. writer for about ten years now. I’ve mainly done physical labor. Factory work, day labor and at one point political cold calling. I’ve been all over America and experienced all kinds ways of living.

KR: And for anyone who hasn’t been paying attention could you please give us a overview of The Pervert? What’s it all about?

MP:  The Pervert is a coming book Remy Boydell and I had made during, and after our relationship ending. It’s about as close as somebody can get to literal blood, sweat and tears for a work. It ran during Island, which unfortunately ended recently. Brandon Graham and Emma Rios are still putting out great work tho, as are the rest of the Island alumni. 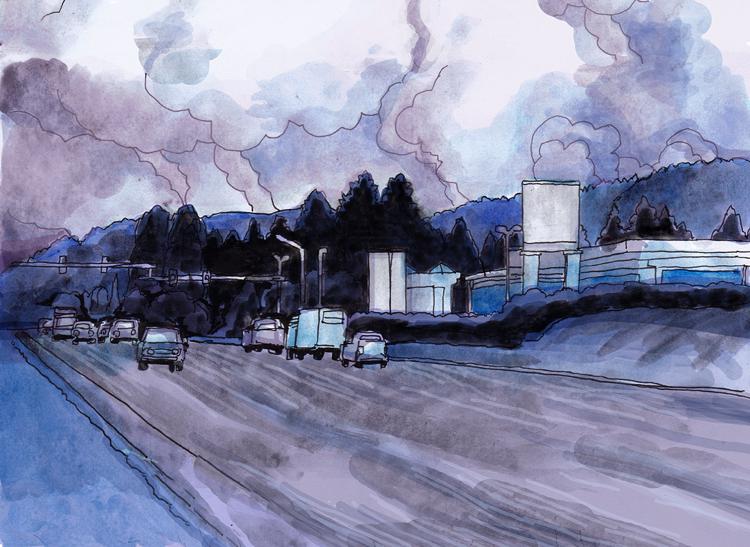 KR: What inspired you to tell this particular story? How did it develop?

MP:  The book’s genesis came out of Remy and I wanting to do a pitch for an ongoing strip that would run in Vice. Vice wanted something more akin to “Stoner Ennui” and so I tried writing for that spec over and over until one of the scripts wasn’t light hearted or fun at all. I was like “alright I do my best work when I’m a little pissed off. what if the next script was about when I used to do sex work” so its a depressing story about sucking dick in a fast food joint. Remy loved it and how honest it was. Our relationship seemed to worsen in step with reasonable problems we had, as well as the contents of the story getting more and more, well. Honest?

KR: How did you find working with Remy Boydell on this project?

MP: Working with Remy was great when it worked, and when we had problems the problems were terrible. the comic book was a contributing factor to us breaking up, and eventually being on bad terms for nearly a year. we unified and made amends to take care of this comic book, which is our magnificent, mutant baby. there were so many highs, and so many lows. I can’t speak for both of us, but i wouldn’t mind working together again, given we worked better as a team and not as a couple. it was a brutal experience, but i feel like the work has that much more heart in it because of how much of ourselves we put in. 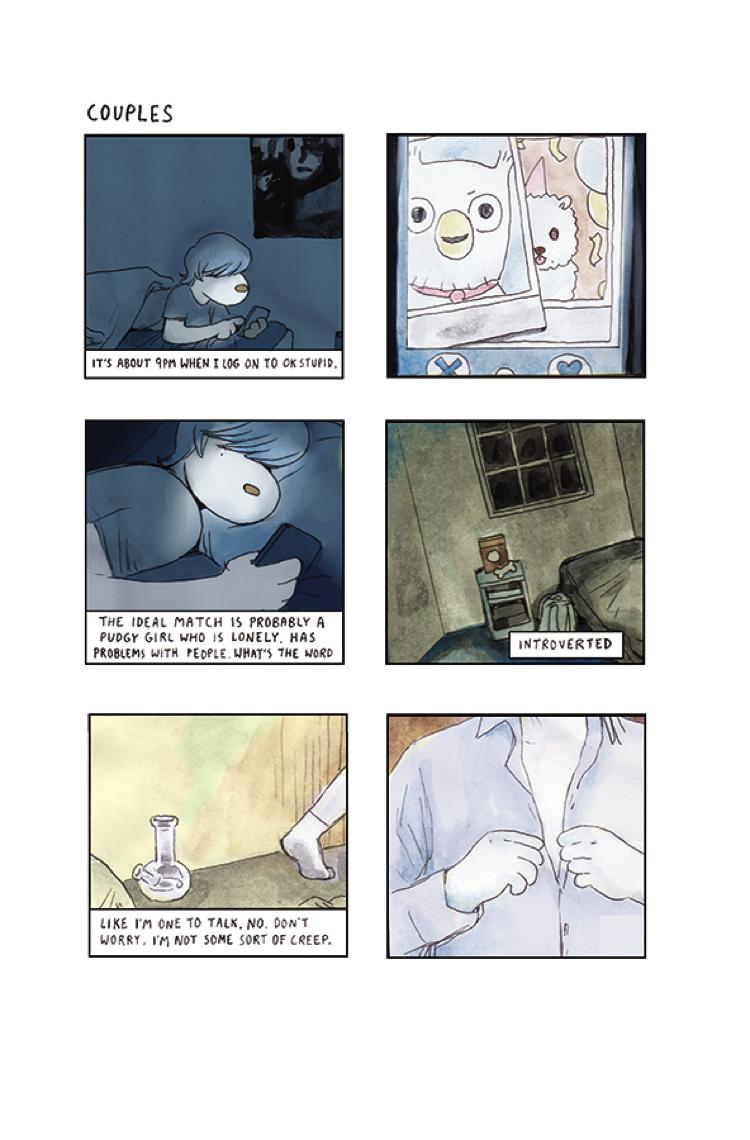 KR: Recently there has definitely been something of an improvement in the quantity, quality, and range of trans narratives within comics, especially as more and more trans creators are being hired, what are your thoughts on this?

MP:  I’d say that we were always around, and that only recently because we’ve been loudmouths and kicked down doors, demanding humanity in lieu of politely asking, that we’ve had inroads.

For the most part, it’s fairly lonely where we are, putting out this book. Often times, people are so caught up in the idea of representation that we forget that hiring is an important difference maker. Ivy Jane (Computer Love) would say representation is a trap. Kurt Busiek (I don’t know, everything big in comics ever) would say you need both. I’d say meritocracy doesn’t exist, but normalization sure does.

It only seems to piss off really bigoted people, that we’ve got this far. It’s why I’ve been really thankful for Brandon hooking us up with Image, and Eric Stephenson telling us he thought we had something special here. Everything lined up at the right place, at the right time in history.

KR: Thank you again for your time. Do you have any closing thoughts for our readers?
MP: Hey, no problem! I’d say that if you’re looking for a beautifully painted comic, buy our book. If you wanna piss off stupid people? Buy our book. If you’re into explicit sex? You should probably buy our book. Hail Gay Satan.

Published by Image Comics, The Pervert goes on sale on April 25, 2018.