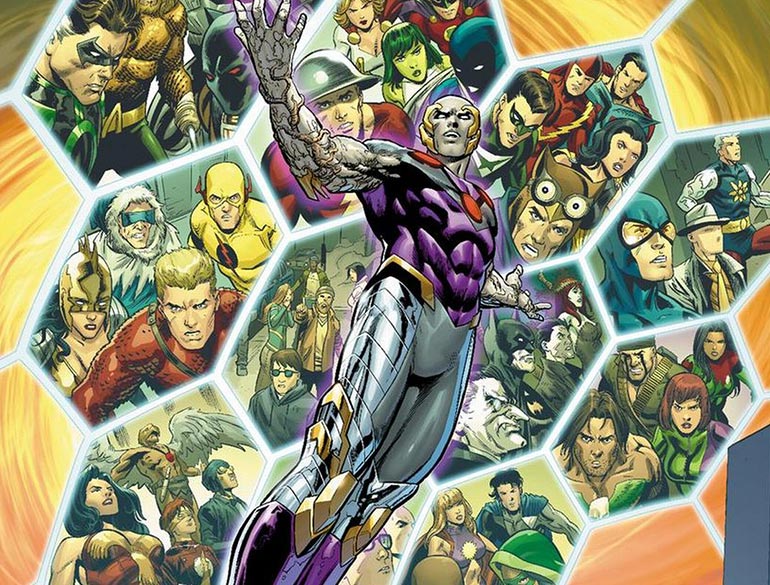 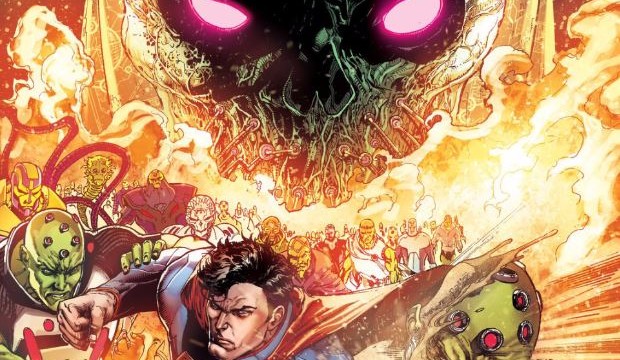 To paraphrase Dickens, this must be distinctly understood, or nothing wonderful can come of what I am going to relate.

Since the announcement in February that DC will be ending the New 52 branding on the covers of their comics, there has been a great deal of incorrect information and misleading word choices by news sites that left many with the impression that DC is pulling the plug on the post-Flashpoint continuity.

This is untrue. The post-Flashpoint continuity continues both in Convergence and in the new and returning titles in June.

Convergence #0, released April 1, is the first story set in the post-Flashpoint DC Universe to not feature the New 52 logo. (For clarity I call the current continuity post-Flashpoint. Both the continuity and the branding being referred to as New 52 has caused much of this confusion.)

Is DC unbooting the New 52?

No. DC is revisiting previous continuities and “destroyed universes” in Convergence, but is not resetting anything. It is unclear right now if these glimpses of old continuities will be left open to incorporate in the DC Universe after the event. Consumer demand, as always, will play a deciding role in that long-term. 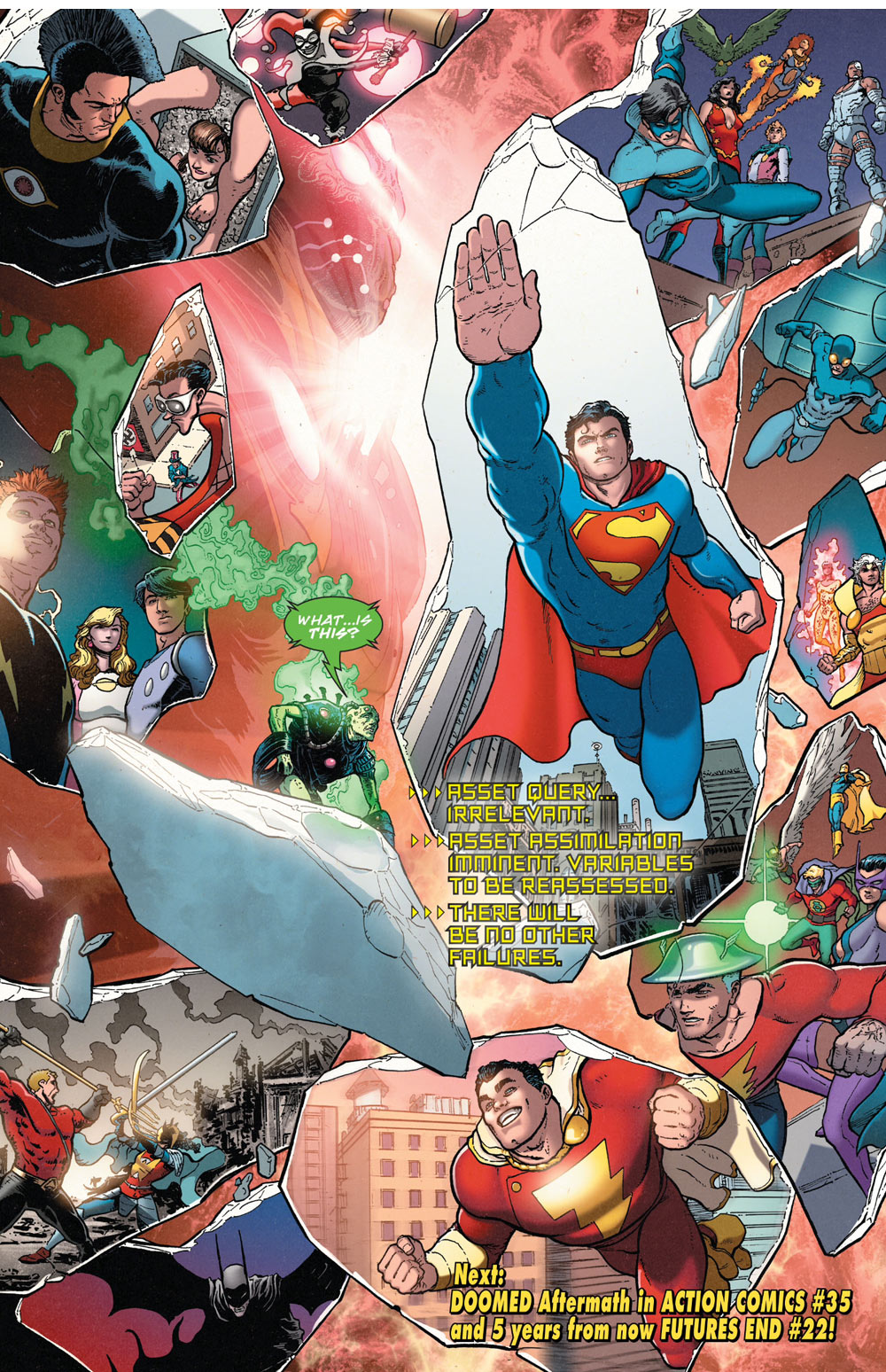 Is Convergence part of the post-Flashpoint continuity?

Yes. Convergence #0 takes place between Superman: Doomed #2 and Action Comics #35. Doomed ended with Superman and Brainiac being taken away from our universe to parts unknown and the next issue picked up with a bearded Superman having lost time. Convergence #0 is the origin of Superman’s beard.

As well, the weekly Earth 2: World’s End continues in the central Convergence mini-series with the main heroes from the Earth 2 searching for a new world after the events of that series.

So, what the heck is Convergence?

We learned in Convergence #0 that Brainiac has been stealing cities from timelines and worlds that were about to be destroyed. The 40 two-issue mini-series of Convergence take place within these cities as they begin to interact with each other giving us mash-ups of lost continuities, Elseworlds, and more. 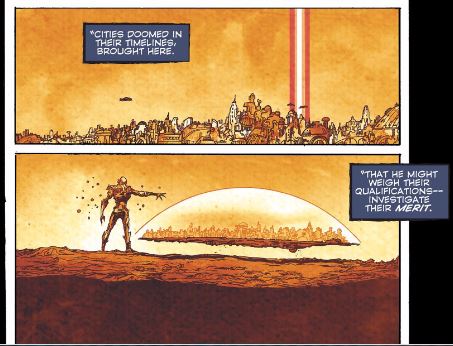 You can get a glimpse at how these titles will feel with Comicosity’s exclusive preview of Convergence: Speed Force #1.

What happens in June for New 52 readers?

June sees the continuation of two dozen titles that will form the core of the main DC Universe continuity.

Batman-related titles will be tying together for the launch of the new Batman, coming out of the pages of “Endgame.”  Superman titles will be in their own crossover called “Truth,” continuing from the March issues of those books. Wonder Woman will finish up the first Meredith/David Finch arc with the confrontation between Diana and Donna Troy in Wonder Woman Annual #1. Justice League will be entering the long-awaited “Darkseid War” that kicks off in the Free Comic Book Day issue in May.

What happens in June for new DC readers?

Almost all of the DC books will be ‘jump-on’ points in June with new story-lines beginning and several titles relaunching with new creative teams and directions.

The two dozen new titles represent the widest variety we’ve ever seen from DC. DC is playing to its recent success with Batgirl with titles such as Black Canary and Prez. And the massive success of Harley Quinn is spawning more comedic mini-series like Harley Quinn/Power Girl, Starfire, Bat-Mite, and Bizarro.

There will also be new series and mini-series such as Martian Manhunter, Section 8, The Omega Men, and We Are Robin.

Jim Lee said in a recent interview with Comic Book Resources, “June is a real line in the sand, in which we’re basically say, ‘Hey, this is the new DC, and this is just the first of many steps that we’re going to be taking, trying to address these new audiences, and find ways to grow our business.'”

What do we call it now?

Post-Flashpoint, or simply “the DC Universe.”

*In the interests of common terms, I use James Bond movies to explain the difference between a remake, a relaunch, and a reboot.

Remake: To tell the same core story again with minor or major changes, i.e. Never Say Never Again was a remake of Thunderball.

Reboot: To eject the previous continuity, often beginning with a new origin story, and altering significant portions for a new audience, i.e. Casino Royale rebooted the James Bond series telling of Bond’s first mission and (in later films) the introduction of updated versions of Q and Moneypenny.

Keith Callbeck is the host of the We Talk Comics podcast and writer of The History of the DC Universe 3.0.