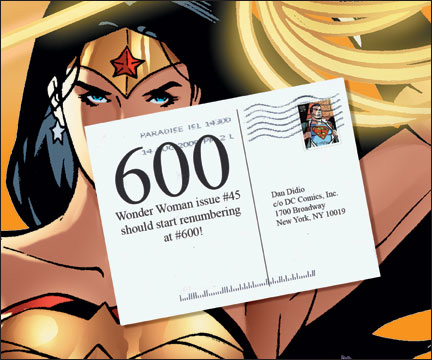 From 0 Month to Infinity and Beyond

Or: why sorting my comic book collection gives me nose-bleeds 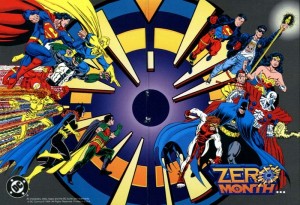 With 0 Month coming up soon from DC, I was inspired to look at some of the odd numberings we’ve seen over the years in comics. My Twitter follower @mattbpodcaster joked that they should do Minus One issues, and was a bit disappointed that it was done long ago. I’ve come up with as many as I can think of, please comment below if you’ve come across any more strange ways to fit in stories. I won’t list every example of these creative numbers, everyone copies everyone so I won’t even look for the first time.

Marvel’s version of Zero Month (see below), Minus One was an entire month of 1997 Marvel books featuring prequel stories to the on-going books. Highlights included a Wolverine and Alpha Flight adventure and a spy story featuring Richard and Mary Parker.

Marvel’s branding for its jump-on point issues, or spring-boards for new on-going spin-off books such as Age of Apocalypse and Venom. The prologue of the still-not-scheduled Ultron War was also in a Point One book.

Coming in September from DC, 0 Month will fill in continuity gaps and untold origins of the New 52. We will also see the debut of 4 new books, including a set-in-the-past series, Team 7, that continues the interweaving of the old Wildstorm characters into the DcnU.

An oddity of the New 52 relaunch was that Batwoman 0 came out nearly a year before Batwoman 1. With the relaunch ahead, they wisely delayed Batwoman to start fresh with the rest and benefit from the New 52 bump. However, with the up-coming 0 Month, Batwoman has the curious distinction of having two 0 issues in the same volume.

For we old timers, 0 Month is a bit of deja vu. In 1994, following the cross-over event Zero Hour, DC suspended their numbering for a month for a set of issue 0. A planned side-effect of Zero Hour was to tweak the continuity glitches that had arisen after Crisis on Infinite Earths, most glaring of which was Hawkman. What goes around …

So you have an issue zero that needs a second part, what do you do? Well you can’t continue it into issue #1, that would be madness. Ninjak found a way around this with issue 00. I’m not sure how one reaches the conclusion that 00 follows 0, but who am I to argue?

Generally used for stories that are removable but that fit between issues. Unwritten from Vertigo started adding .5 issues at 31.5 and we ended up with 10 issues that fit between 30 and 36. 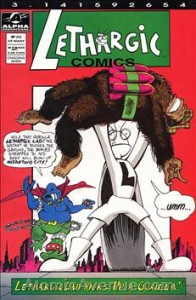 I have not idea what this one is about, but I remember the title being very silly.

With the death of Johnny Storm, Fantastic Four was rebranded as FF and renumbered at 1. FF ran for 11 issues until Johnny turned up alive after all and Fantastic Four returned to its numbering in time for a giant-size issue 600. However, FF continued with issue 12, making those 11 issues somehow sequenced as part of both runs.

Marvel: The Lost Generation backwards from 12 to 1

John Byrne wrote and drew this time-travel story in which we follow the linear path of one character who continues to move backward in relative time. To play with this further, the first published issues was 12 and each month counted back to the finale in 1. This numbering style was also used on the aforementioned Zero Hour which counted from 5 to 0 and Countdown to Final Crisis which ran from 51 to 0.

The other Savage Dragon 13

In the early days of Image the creators had the idea to trade books for a month. In a company so focused on creator-ownership, they would work on each others’ pride and joy for a single issue. Erik Larsen and Jim Lee swapped off WildCATS and Savage Dragon at issues 14 and 13 respectively. However they neglected to do editorial oversight on each other and Larsen was very unhappy with the result (which included killing off a supporting character). Larsen would later disavow Lee’s story and create a replacement issue 13.

Parts 2 through 5 of a 6-part story, Marvel abandoned the entire concept of Point One for Circle of Four. A Venom storyline that rolled in Red Hulk, Ghost Rider and X-23, Circle of Four was an update of the New Fantastic Four storyline that used the modern spin-of versions of that F4 team (Spider-man, Hulk, Daniel Ketch Ghost Rider and Wolverine). 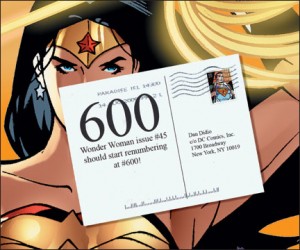 With an 11-month delay following issue 17, Christopher Priest and Mark Bright jumped ahead to 34 (the number the series would have been at if it had a monthly schedule from the beginning) and told an in-continuity story. They then went back to 18 and started working toward that story. Chew recently did the same, but unlike Quantum and Woody, Chew has now filled in that gap.

Dan Didio was made aware that had they continued the original Wonder Woman instead of restarting twice, issue 600 was fast approaching. He used his monthly column to promise that if he received 600 postcards by a certain date they would reset the title to get that issue 600. He got his cards and the book published issues 600 to 614… before resetting to 1 a third time with the New 52 relaunch. This return to old numbers has also been done on many Marvel titles including Fantastic Four, Amazing Spider-man and X-Factor.

DC One Million was a crossover event taking place in the 853rd century (the century in which Action Comics issue 1,000,000 would be published if they didn’t keep renumbering things).

When Malibu Comics was purchased by Marvel they relaunched the Ultraverse with a series of revamp books all that took place prior to the regular series but which were curiously numbered with the symbol for infinity.

Honourable mention for strange numbering goes to a character and title near and dear to me – Booster Gold volume 2. Revolving around time travel, Booster Gold tied into several past crossover events that Booster had not been around for in a monthly title. Which is why the Booster Gold trade Blue and Gold is arranged 0, 7 to 10, One Million.