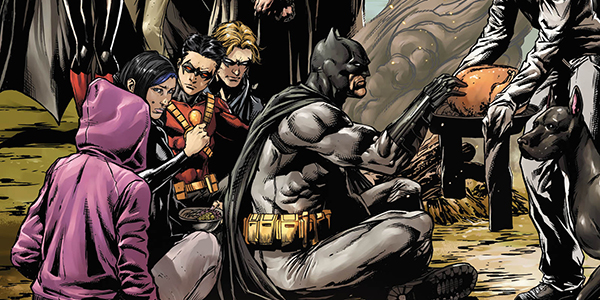 In a Thanksgiving image released Tuesday, we get a glimpse at the Batman: Eternal cast having the most awkward Thanksgiving I can imagine. But who are a few of the mystery faces? And who is missing? (Right-click to download enlarged version) 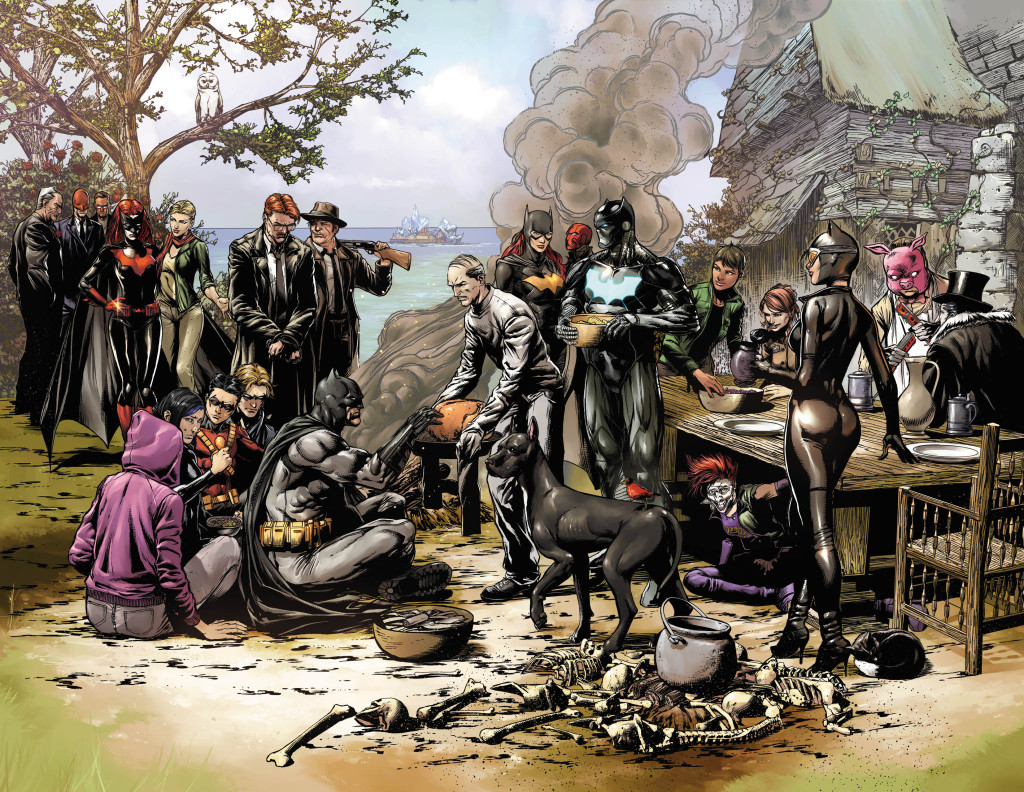 Keith is the co-host of the We Talk Comics podcast and celebrated Thanksgiving in October like civilized people (who are in the throes of winter by mid-November).