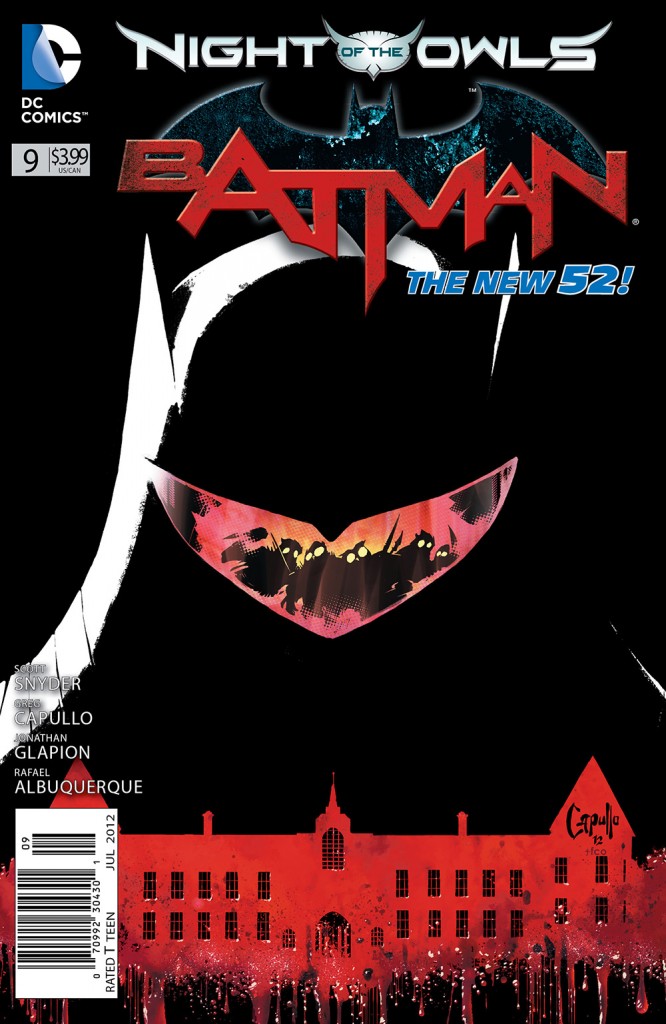 After my slightly unorthodox review of the first chapters of Night of the Owls, my editor suggested I start a column for my more conversational prose. This, then, is my fireside chat. My stream of consciousness reflections. What is found if you read between the lines. 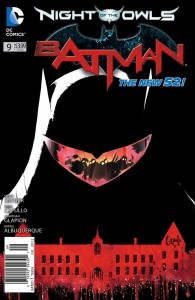 The Night of the Owls explodes into the Bat books and the grand experiment of the non-crossover event is in full swing. And it … well it sort of works. The problem with this concept is that either the tie-ins have something to contribute to the overall or they don’t. What I’ve seen so far from the tie-ins is just a shade more narrative weight than A Versus X. It’s an interesting concept to have us see characters we may not know fight essentially the same villain. A decent intro to spread out some Bat love.

Batman is, of course, stellar. But with it picking up minutes after last month’s issue, it was a bit jarring to find that I was backtracking story. Not much way around this, I suppose, but in a week-to-week reading cycle it’s challenging. Batman will have the core of the story moving forward to the Annual that wraps all of this up.  The rest shuffle in somewhere along the way. Best of luck working that collected edition.

The less said about the Detective issue the better. Along with the up-coming Birds of Prey, it takes place literally between panels of Batman. Shock of shocks, there’s trouble at Arkham. A title I didn’t like from the start and now I have to sit through a closed-loop story that has no impact anywhere else. I’m dreading the Dark Knight issue which I predict will have Bruce grabbing drive-through on his way to see the next special guest.

The tie-ins show the curious challenge of this event. They all lead directly out of the backup story in last month’s Batman (also available as a free preview in print and digital) withvery different Batman Inc operatives (plus Jason and the Birds of Prey) pressed into duty as bodyguards.  The as-advertised benefit of this event is that you don’t have to buy these books if you just want to follow your favorites through their part, leaving aside that it will make no sense without Batman (I think DC assumes everyone buys Batman). 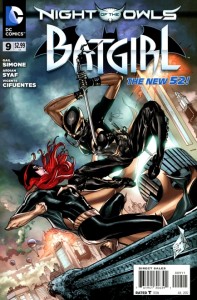 Batwing is put in Gotham on the slimmest pretense so he is handy when the call goes out. I guess it wouldn’t be much of a Night of the Owls connection if it was “25-hour commercial flight of the Owls.” We saw last month that Jason and his pals happened to be in Gotham on business this night as well. The Owls just have a terrible sense of timing, it seems.

Batgirl really grabbed my attention. I drifted away from this book after the first couple of issues but this may get me back for another try. This issue starts a few hours before Alfred’s call goes out and Batgirl has more stake in the battle than we see in the other books so far.

Robin. Damien Wayne. I can’t believe I like him now. Tomasi, you are a character-building genius. I’m hoping they add a Robin(s) title in Wave 3, I want to see Damien interacting with Tim et al. B&R is the only of the 3 other Bat books that I think has a genuinely interesting angle.  Robin on his own battling a Talon is a treat, and the complex relationship of Damien and Bruce continues to make B&R one of the most compelling books for me of the whole New 52.

Four of the seven remaining non-chapters will hit on the 16th, all non-Batman books. As I say, it’s always darkest in the exact middle of the night.

Keith is co-host of the podcast We Talk Comics and is still celebrating the announcement of Booster Gold on Syfy.

Keith Callbeck
Tags Night of the Owls, Read Between the Lines