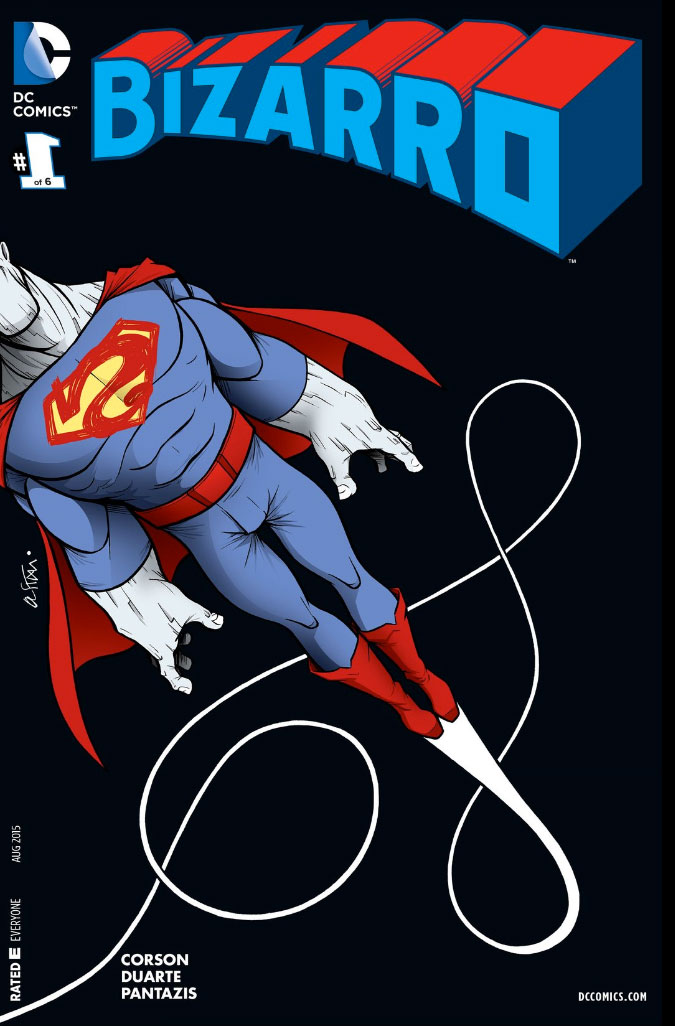 With this month’s launch of DC YOU, DC Comics marks the end of the New 52 branding (though not its continuity) with a mix of jump-on points and 21 new #1s.

One of the recurring criticisms of the New 52 launch was the lack of diversity, both in creators and in content.

While others are speaking to how successful DC is at addressing the diversity of voices and characters, another huge sea change seems to have gone unnoticed.

DC now has three age ratings on their main line of books.

Since the launch of the New 52, all of the main DC line has been Rated T for Teen with the kids’ line (such as Scooby Doo) Rated E for Everyone, and the Vertigo line Rated T+ for Teen Plus.

Hidden in small type on the covers of the post-New 52 titles are all three ratings spread over the main line. In the first week we have Bizarro and Bat-Mite with E ratings, Midnighter, Lobom and The Omega Men with T+ ratings, and the rest of the line remaining at T.

A few scattered T+ books have appeared in the New 52 — most recently Gotham By Midnight — but this is the first time we have seen comics Rated E.

It turns out that DC was being quite literal when they said they would have books for Everyone.

Keith Callbeck is the co-host of the We Talk Comics podcast and a columnist for Comicosity. He felt very grown up reading Jim Owsley’s The Unknown Soldier (which he had to get his older brother to purchase for him).