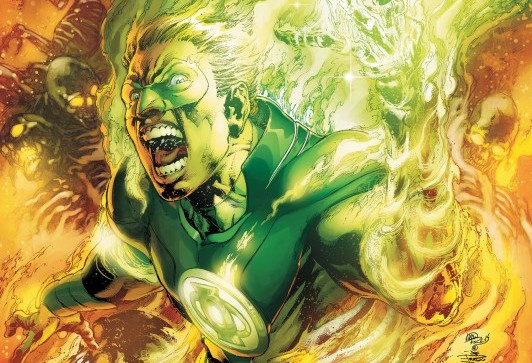 It might be a Scottish name, taken from a story about two men in a train. One man says “What’s that package up there in the baggage rack?”, and the other answers “Oh, that’s a MacGuffin”. The first one asks “What’s a MacGuffin?”. “Well”, the other man says, “It’s an apparatus for trapping lions in the Scottish Highlands”. The first man says “But there are no lions in the Scottish Highlands”, and the other one answers “Well, then that’s no MacGuffin!”. So you see, a MacGuffin is nothing at all. – Alfred Hitchcock

Note: the following contains spoilers for Earth 2 #2 and absolutely nothing but guesses about Earth 2 #3. 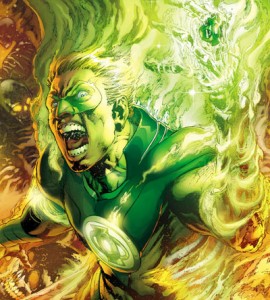 There are devices in many, or even most, stories that create conflict, bring characters together or apart, or just plain give a reason for the plot to move forward. It can be a pile of stolen money, a secret document or a stolen necklace. But ultimately the MacGuffin isn’t the story, it’s just what keeps all of the pieces moving around on the board while they go through their individual character arcs.

Sometimes the MacGuffin is a character.

When Alan Scott was introduced as DC’s newest gay character, there was a lot of sudden focus on Earth 2 #2, along with a great deal of cynicism over what some perceived as a “stunt” to get media attention. That part has been covered very well by Comicosity already. But afterward, we had another blip that came with the final pages of the issue. Alan’s boyfriend, Sam, was seemingly killed in the very first issue he appeared.

How could you, James Robinson?!? Did you “fridge” Sam in his very first issue? You threw away a character we had loved for nearly three pages just to shock the reader?

Well, ya, maybe. Sam is either dead or he isn’t. If he isn’t, then there is a plan to introducing him and suddenly removing him. Perhaps he is another hero in the making, or a ghost, or a villain. 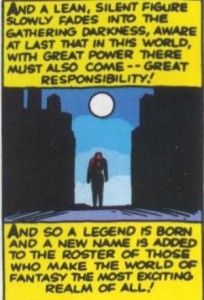 Or he’s not. He’s dead-dead. He’s a MacGuffin. The reason for Sam may be as simple as providing motivation for Alan going forward. That doesn’t make him unimportant at all. Are Thomas and Martha Wayne unimportant? Jor-El? Uncle Ben?

There is great power in having a dead character provide on-going focus for our lead. I am on record with not liking Bucky being alive, not because I have any real dislike for a character who stopped appearing decades before I was born, but rather because I thought he was incredibly important as a motivator for Captain America. Jason Todd the same. I am enjoying Red Hood and the Outlaws, but I think an important piece of Batman’s psyche was discarded. If you brought back Uncle Ben then the lesson would be “with great power comes great need to just wait a little while and it will all work out.”

If two years from now we see Alan Scott overcome his grief and come to terms with this loss, then that is the character arc for Alan. The character arc for Sam might not be open-ended. And it doesn’t need to. Only imaginary characters get character arcs and Sam’s might have been three pages long. His only existence, short as it was, may have over-whelming impact on Alan Scott – the sort of impact of Uncle Ben, or the burglar who shot Ben, or Thunderbird to the X-Men, and so on. Yes, sometimes characters are invented purely to move the plot. They are as important as the newspaper full of money sitting in the Bates Motel.

Sam might be gone. And given we never even got his last name I’m not exactly signing a petition for a miraculous save. Thanks for driving the plot and helping develop Alan Scott, Sam. You will be remembered.

Or Sam will become Solomon Grundy. Stranger things have happened.

Keith is the co-host of the podcast We Talk Comics. Thanks go to fellow Comicosity writer Matt Santori for the discussion which led to this post (and for his Solomon Grundy theory).