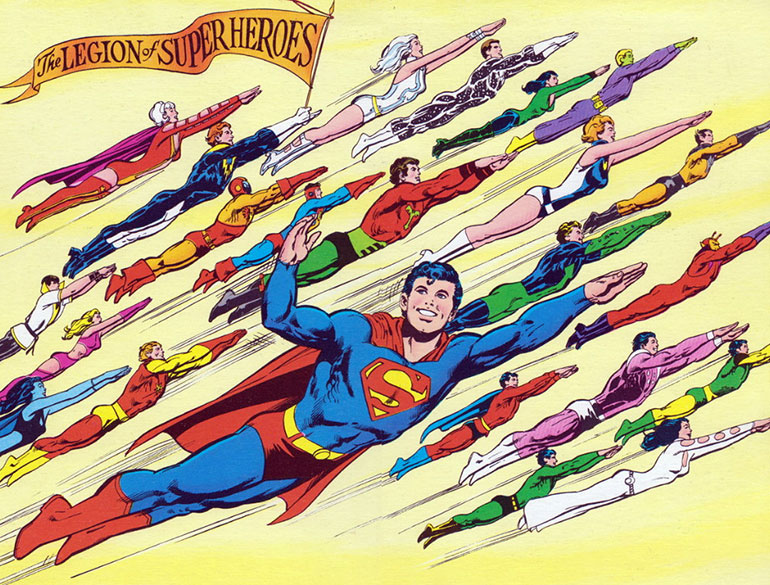 Rebirth has been teasing another kick at the can for those teens from the 30th century (or is it 31st now?). Once more around the block with the Legion of Super-Heroes.

There are a lot of theories on why the Legion has struggled to stay relevant, or even stay on the shelves. Some even ponder if the Legion as a concept got broken along the way. Our own senior editor has his theories. 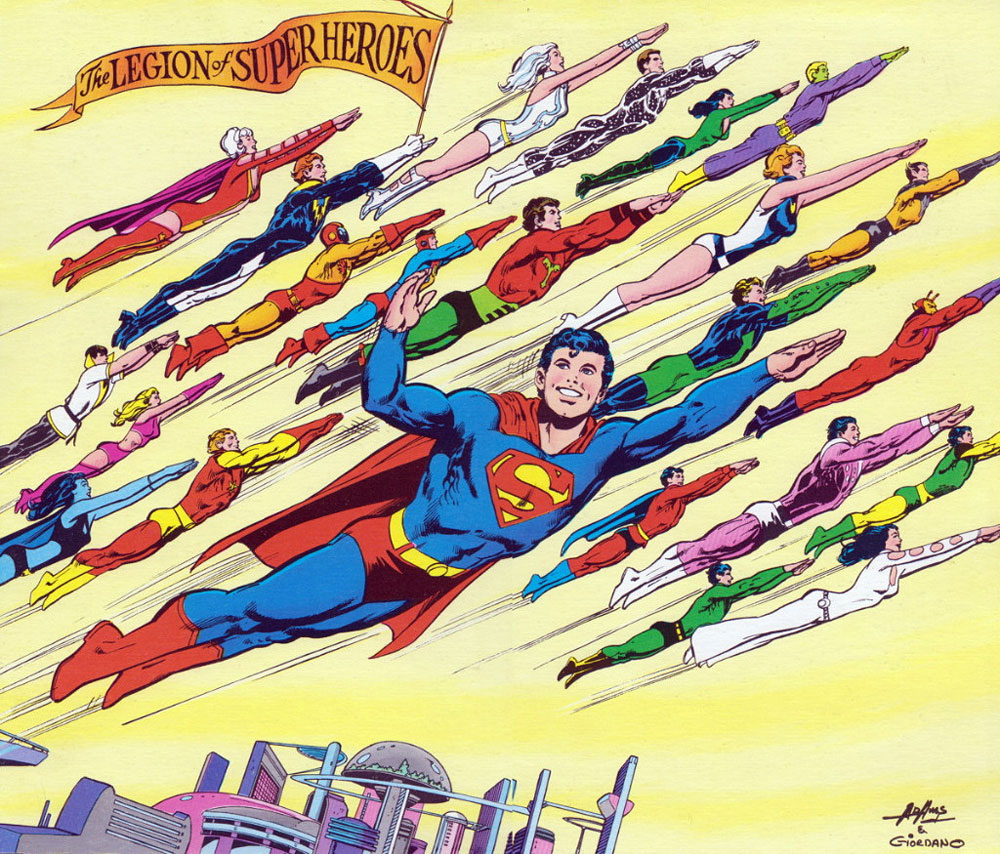 The Legion of Super-Heroes was created 1958 for a one-off story to show that Superman was so influential that his legacy would exist a thousand years into the future. Later stories expanded to show a world of tomorrow lifted from a World’s Fair travel guide. Space travel, peace throughout the universe, and heroes to fight for right when anything jeopardized this utopia.

It is a future as seen in many sci-fi works of the 50s and 60s. Visions where interstellar travel was within our grasp. Where cures to every disease would be found. Where human frailties would give way to human kindness. Star Trek promised we would put aside our squabbles in the name of peace and exploration. The Jetsons showed the leisure society where a “job” was pressing the odd button and putting your feet up the rest of the day.

And the Legion promised us that the World’s Fair would be our reality.

It was a fantasy the comic reader grabbed onto with both hands.

But we now believe it was just that, fantasy. 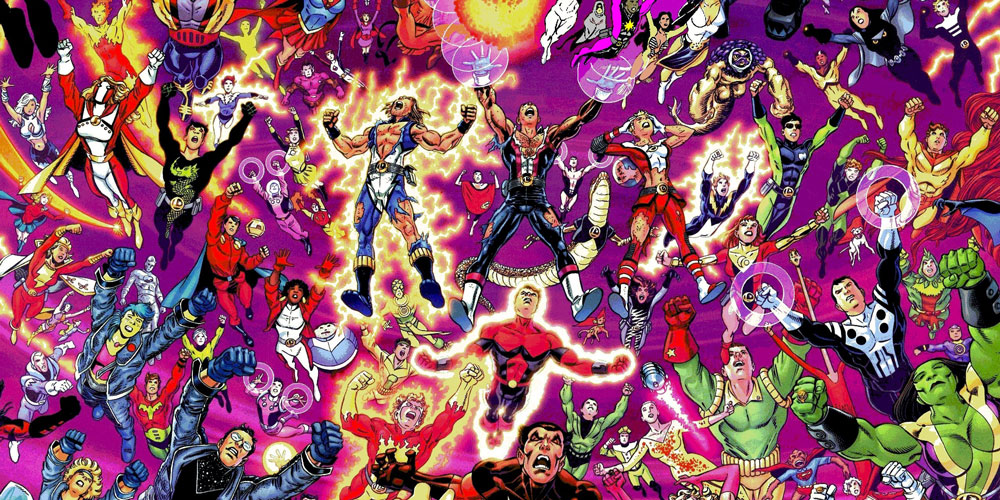 Global warming, the recurring rise of nationalism, four decades since a human touched the moon, the narcissism of social media, and every technological efficiency seems to push us for even more “productivity” instead of making our lives easier.

How do you jump on board with a utopia 1,000 years away when you can’t be sure our current dystopia will survive the next 10?

The future is broken.

Since the 1980s and the rise of cyberpunk, hard sci-fi has been much more engaged with the near future and how we survive it, instead of distant futures and how to dream them. We are wrestling with very question of what it means to be human. The Matrix, Ex Machina, Arrival, and so on.

The Giffen/Bierbaum series in the late 1980s (referred to by fans as “5 Years Later”) is the only time creators have attempted to infuse the Legion with a less idyllic vision of the future. Every subsequent reboot/relaunch has them firmly entrenched in a future none of us believe in. 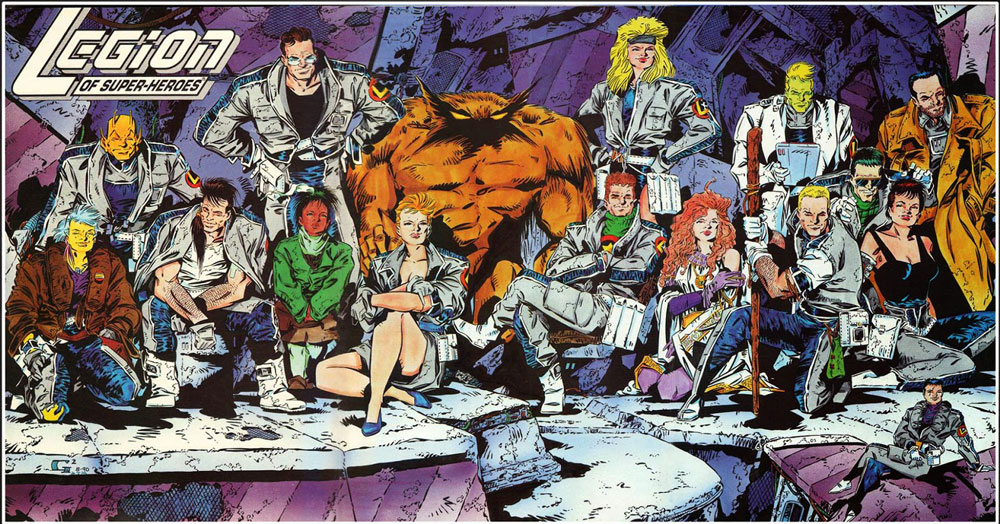 Even from an aspirational point of view, the Legion does not even represent the future we might now want, it is the dream of the future as seen by writers from before many readers were even born. It is 2958 as seen from 1958. A vision of the future that is, itself, an antique.

While Star Trek is actively retiring the conceit that human conflict will disappear over time, the Legion takes are constantly steeped in an idealized and naive look forward.

So what is, no pun intended, the future of the Legion?

I favor a ground-up reboot along the lines of an Earth One take. Instead of constantly reassembling the 1970s 101 characters version, start with repairing the concept and work out. The characters are empty power sets without a world to motivate and inform them.

Don’t try to Timber Wolf when you can’t even Saturn Girl. 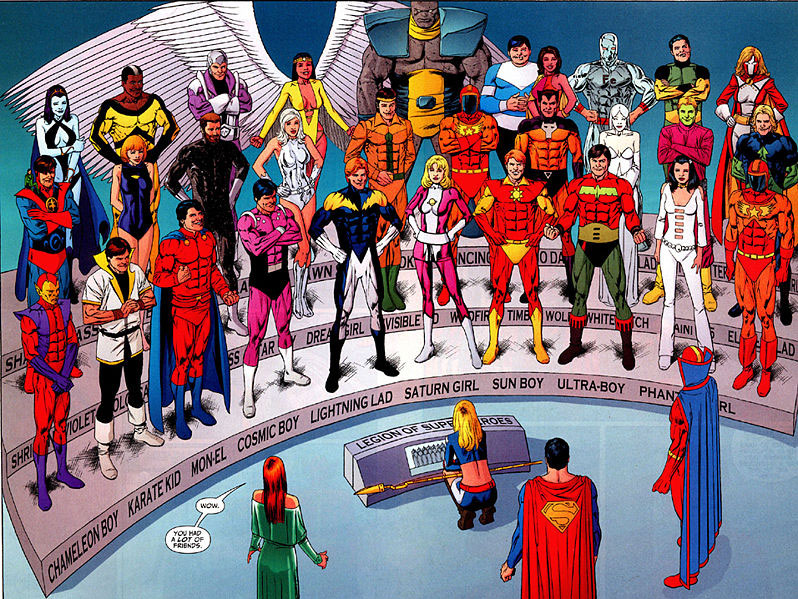 Whoever takes up the task has to draw a line from today to 3017 that is both believable and engaging. No more short cuts pretending that it will all work out. It’s time to look forward with the Legion of Super-Heroes, instead of always looking back.

As the saying goes — the future is not what it used to be.

Keith is a minimalist collector and writes the blog I Like Helping: Minimalism in a Nerdy World. The title of this piece is borrowed from an excellent original graphic novel.