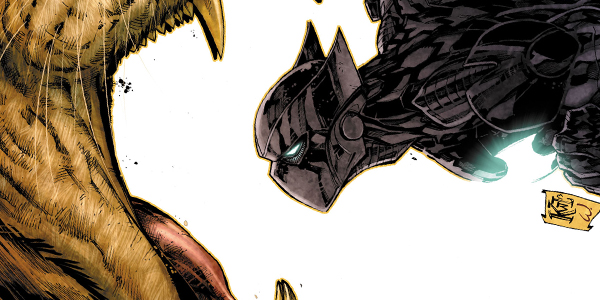 The introduction of a new Batwing in April is building a bit of mystery. Writers Jimmy Palmiotti and Justin Gray have hinted that the new Batwing may be a someone readers already know. In their recent interview with Comicosity, Palmiotti and Gray said that their vision of Batwing will tie closer to Batman Incorporated and the rest of the Batman Family. 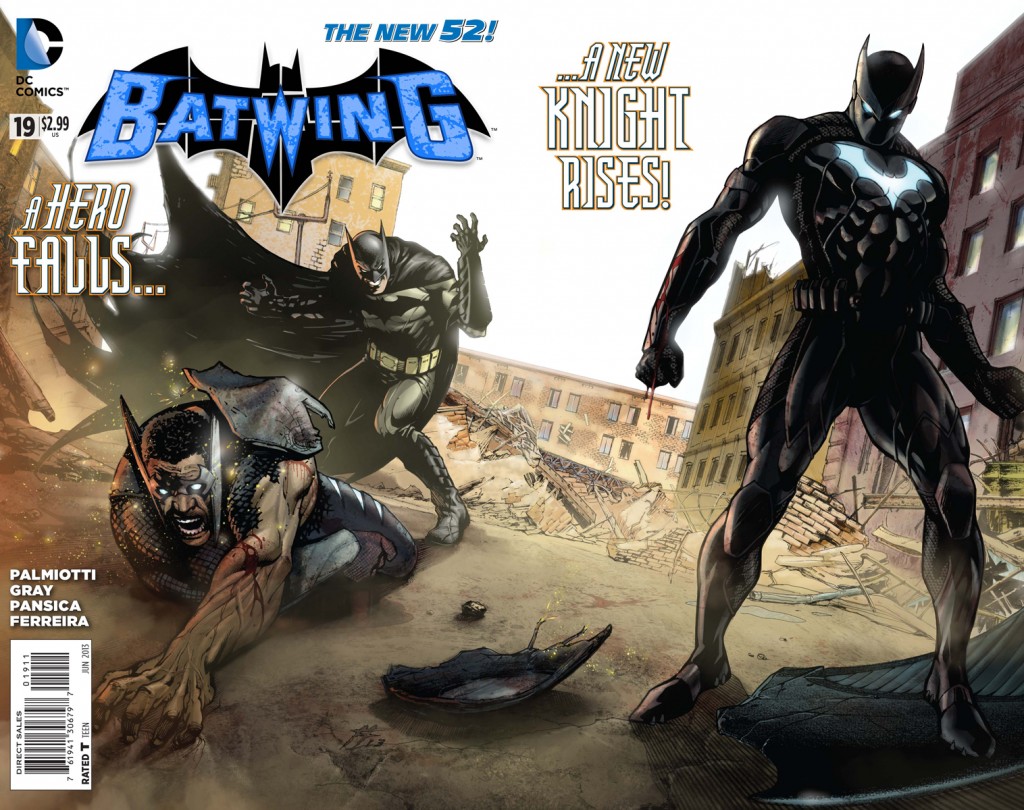 Palmiotti and Gray have been evasive and have spoken more about the sort of character that is under the Batwing mask, not so much the actual person. Much like Talon, this could be a character who ties tightly into the New 52 Bat mythos but has not been seen before.

It’s a surprisingly crowded DCU given the grumbles of the vocal minority about “benched” characters. Batwing may well be a character we have some familiarity with but not a A-, B-, or even C-list name.

The star of the successful and beloved series Batman Beyond, Terry is the favourite going into this — either a new version or even a time-jumped one. We have a few time travel elements turning up in the DCU after nearly two years of the Flashpoint breakwall halting trips up and down the timeline.

Man-Bat has been missing from the New 52 and we could see Kirk turn up with a removable Bat suit instead of the topless, winged version we have known.

Tim is still running things in Teen Titans, but it might be time for the Red Robin to take a new role in the Batman Family.

Robin John Blake from The Dark Knight Rises has been hinted at for introduction into the comic universe, as happened with our next candidate.

The lowest odds I’m giving a female character, Renee exists in the New 52 but has so far not been seen.  She will need a new background as Renee was not the Question in the post-Flashpoint continuity.

A bit on the obscure side, Jason was a Gotham private detective who most recently appeared for a while as Batman’s investigator in the One Year Later era.

Not seen since the end of Night of the Owls, Bruce’s brother (or is he?) would be a shocking twist.

In the wishful thinking category, we have three benched characters with fan-bases desperate for any glimmer of hope that these characters will turn up in the New 52. A padded suit would of course be necessary for Cass or Steph.

Well known to the film audiences, Lucius would have to hit the gym pretty hard to be the body under that suit.

A way to tie one of the older or female characters in would be to have Batwing be a robot or android controlled by our hero. Lower stakes though, non-sentient robots aren’t crowd-pleasers.

Harper’s role has been growing and she is expected to be in a costume within a few months. This would be a surprising place for that costume though.

My personal favourite long-shot. With the death of Damian, Alfred rededicates himself to the work of Batman Incorporated in a very hands-on way. (I tweeted Jimmy and got a non-denial “Hmmmmmm”)

It looks like Palmiotti and Gray will be writing Booster in All Star Western, why not have him in both books?

Yes, he’s dead. But he could get better.