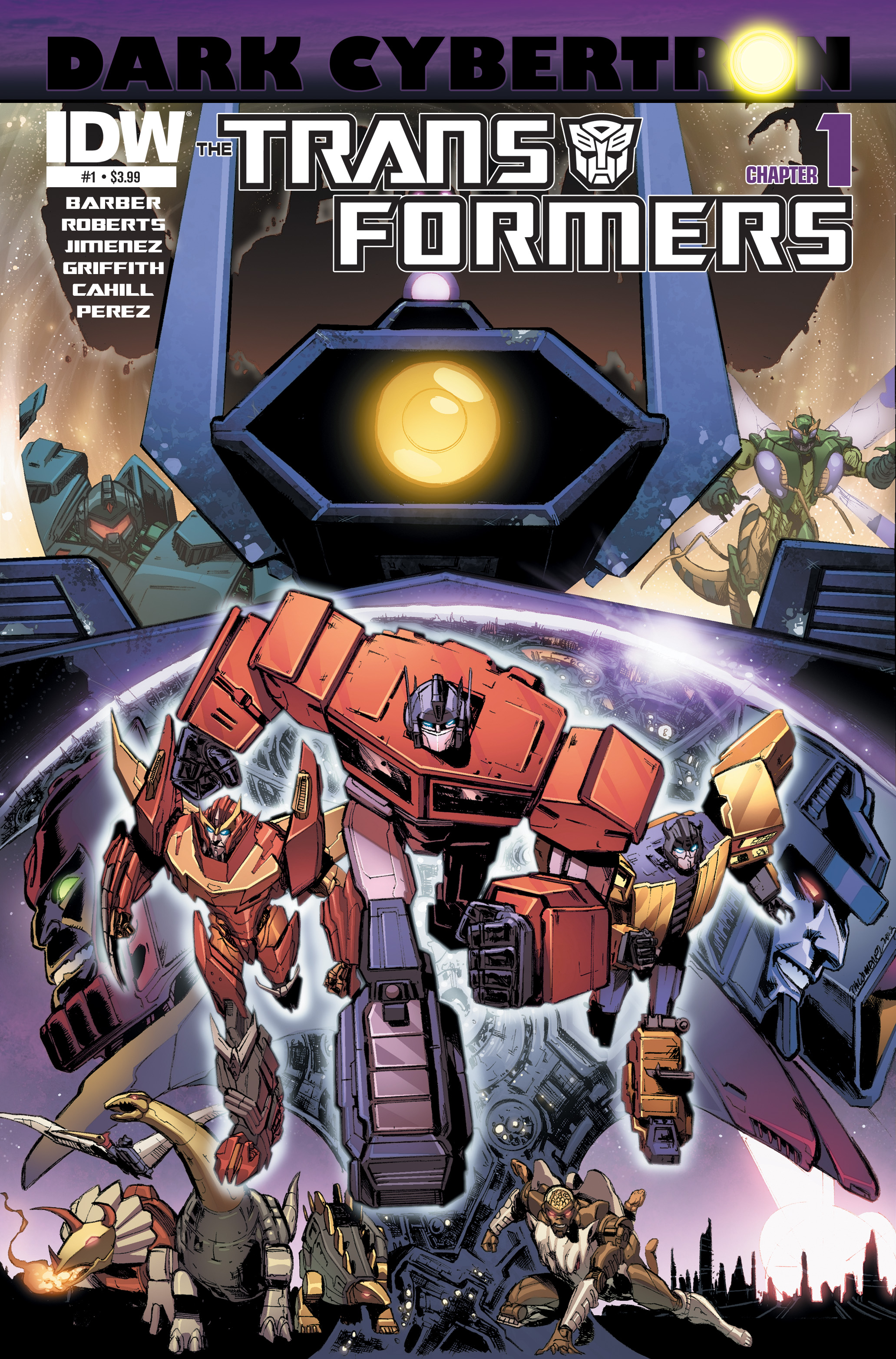 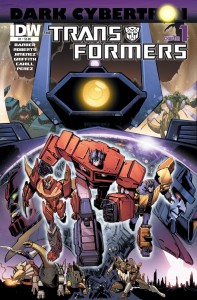 San Diego, CA (August 21, 2013) – Darkness falls on the AUTOBOTS this November in the comic book event Transformers: Dark Cybertron! This series pushes the TRANSFORMERS characters to their limits, but they’ll have the help of some creative superstars on their journey. Joining writer and IDW senior editor John Barber and fan-favorite scribe James Roberts in a top-secret meeting earlier this year, the artistic force of Phil Jimenez helped plan Dark Cybertron from the start! “I’ve been a fan of the TRANSFORMERS brand since I was 13,” said Jimenez, “and this was a fanboy dream come true. The beauty of this story is it plays to the strengths of the characters and to my strengths as a storyteller; epic, world-shattering scale as well as those beautiful character moments that make readers care about a bunch of giant ‘Robots in Disguise.’”

The war between the AUTOBOTS and DECEPTICONS is over—but when the relentless SHOCKWAVE enacts a scheme millions of years in the making, yesterday’s nightmares tear apart today’s peace. “OPTIMUS PRIME, RODIMUS, BUMBLEBEE, even STARSCREAM—all these characters believed war was behind them, for better or worse,” says Barber. “The big question—other than who will survive—is whose side will the DECEPTICONS be on?”

The twelve-part series starts in Transformers: Dark Cybertron #1, then alternates between the monthly TRANSFORMERS titles Robots In Disguise and More Than Meets The Eye, concluding in a finale issue in March.  This is the first time that both Transformers series have crossed over. “It’s thrilling to see the two casts crash back into each other’s lives,” says Roberts. “Fittingly, given the scale of SHOCKWAVE’s ambition, this is a massive, galaxy-spanning story—and one that shakes everything up.”

Co-written by Roberts and Barber, superstar artist Phil Jimenez provides layouts and covers for issue one, and variant covers for the whole series—as well as doing the art for the GENERATIONS action figure releases from Hasbro and planning the event from day one! Jimenez is joined by a who’s-who of Transformers artists, including Robots in Disguise series artist Andrew Griffith, who provides finished art on the lead-off issue.  According to Jimenez, “the script for #1 was probably one of the best I’ve worked from in years. Totally awesome stuff —I just hope people don’t mind me butting in and adding my own two cents (or three) to this super cool universe. I think it all worked out pretty seamlessly, actually!”

This is an exciting time to be a fan of Transformers, with multiple series from IDW, fantastic toys and more from Hasbro. In that spirit, and in an unprecedented publishing move, Dark Cybertron comic books will be included in select GENERATIONS action figure releases from Hasbro, following their initial release from IDW. This is the first time that an entire mega-event has been distributed in such a way. “TRANSFORMERS fans are some of the most loyal and dedicated—but many of them have never seen our comics,” says Barber. “Dark Cybertron will introduce these fans to the world of comics—and we can’t wait to bring these new readers into the fold.

Hasbro, Inc. (NASDAQ: HAS) is a branded play company dedicated to fulfilling the fundamental need for play for children and families through the creative expression of the Company’s world class brand portfolio, including TRANSFORMERS, MONOPOLY, PLAY-DOH, MY LITTLE PONY, MAGIC: THE GATHERING, NERF and LITTLEST PET SHOP.  From toys and games, to television programming, motion pictures, digital gaming and a comprehensive licensing program, Hasbro strives to delight its global customers with innovative play and entertainment experiences, in a variety of forms and formats, anytime and anywhere. The Company’s Hasbro Studios develops and produces television programming for more than 170 markets around the world, and for the U.S. on Hub Network, part of a multi-platform joint venture between Hasbro and Discovery Communications (NASDAQ: DISCA, DISCB, DISCK). Through the company’s deep commitment to corporate social responsibility, including philanthropy, Hasbro is helping to build a safe and sustainable world for future generations and to positively impact the lives of millions of children and families every year. It has been recognized for its efforts by being named one of the “World’s Most Ethical Companies” and is ranked as one of Corporate Responsibility Magazine’s “100 Best Corporate Citizens.” Learn more at www.hasbro.com.

IDW is an award-winning publisher of comic books, graphic novels and trade paperbacks, based in San Diego, California. Renowned for its diverse catalog of licensed and independent titles, IDW publishes some of the most successful and popular titles in the industry, including: Hasbro’s The TRANSFORMERS, G.I. JOE and MY LITTLE PONY; Paramount’s Star Trek; Nickelodeon’s Teenage Mutant Ninja Turtles; 2000AD’s Judge Dredd; The Rocketeer; Toho’s Godzilla; Wizards of the Coast’s Magic: The Gathering and Dungeons & Dragons; HBO’s True Blood; and the Eisner-Award winning Locke & Key series, created by best-selling author Joe Hill and artist Gabriel Rodriguez. IDW is also home to the Library of American Comics imprint, which publishes classic comic reprints, and Yoe! Books, a partnership with Yoe! Studio.

IDW’s critically- and fan-acclaimed series are continually moving into new mediums. Currently, Warner Brothers and Barry Sonnenfeld are attached to adapt LORE into a feature film starring Dwayne “The Rock” Johnson and Jerry Bruckheimer Films and Disney are creating a feature film based on World War Robot, with Michael Bay‘s Platinum Dunes and Sony bringing Zombies vs. Robots to film.