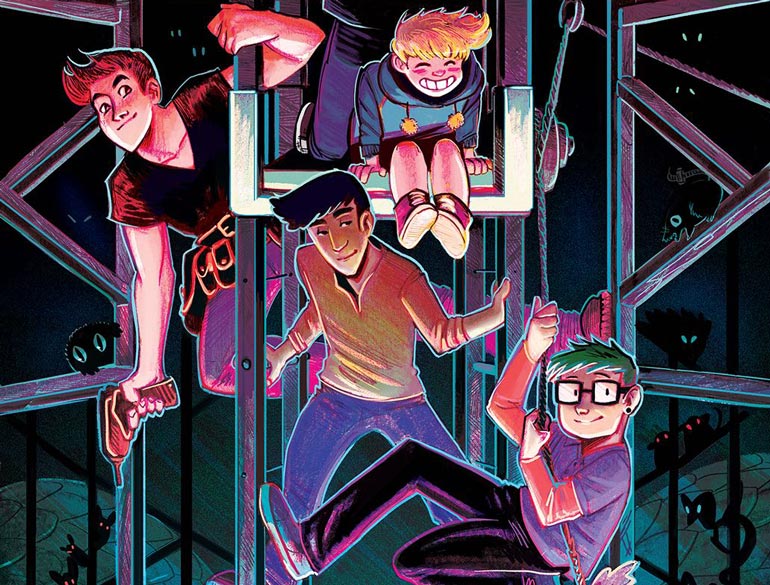 From series like the awesome Lumberjanes to the new arrival of Backstagers, there’s so many comics out there that meet the needs of people going back to school, whether children, adolescents, or adults. So, why don’t we have a discussion about these comics, how they enhance representation, and overall why they’re important? 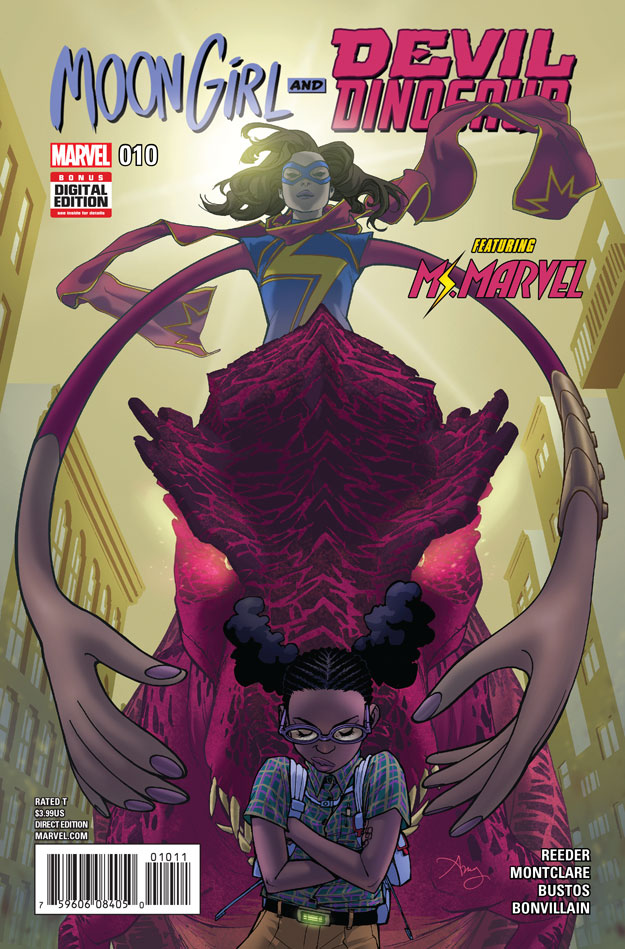 For children in elementary school or who are transitioning to new levels of education, I can’t help but recommend Moon Girl and Devil Dinosaur by Brandon Montclare, Amy Reeder, Natacha Bustos, and Tamra Bonvillain.

I’ve talked before about the struggles of gifted children, especially those who are girls or kids of color. Meeting their needs is important for reducing their anxiety and depression, facets of their experience that are more common than they should be. Lunella as a protagonist captures many of these issues, and her self-doubt and challenge to fit into a world that doesn’t understand her can be an awesome catalyst for discussing the complex and emotional experience of moving through school as a child.

Adolescents deal not only with fitting in, but developing a range of intimacy with others. For this population, I have a few suggestions when it comes to comics. One series is Jonesy, created by Sam Humphries, Caitlin Rose Boyle, & Mickey Quinn, which extols the misadventures of a young Latina with the power to sway people’s feelings.

While she deals with being an outcast and working at a donut shop when she wants to catch the premiere of her favorite star’s video, she also handles the intricate emotional experience of a young woman in high school. Jonesy’s hijinks speak to rebellion and responsibility, as well as the veneer of adolescent gruff and the fact that it often hides a desire to belong.

Another series for adolescents is the effervescent Runaways, created by Brian K. Vaughan and Adrian Alphona. What other series addresses the teenage desire to strike out against villainous parents? What Runaways touches on is developing a family of choice, a vital reality for many LGBTQ people.

This series conveys a wide range of emotions for a wide range of ages, represented in characters like Molly and Nico. While these teens and children are on the run, they also come across the difficulty of losing trust in others and endeavoring to make important connections that engender survival. 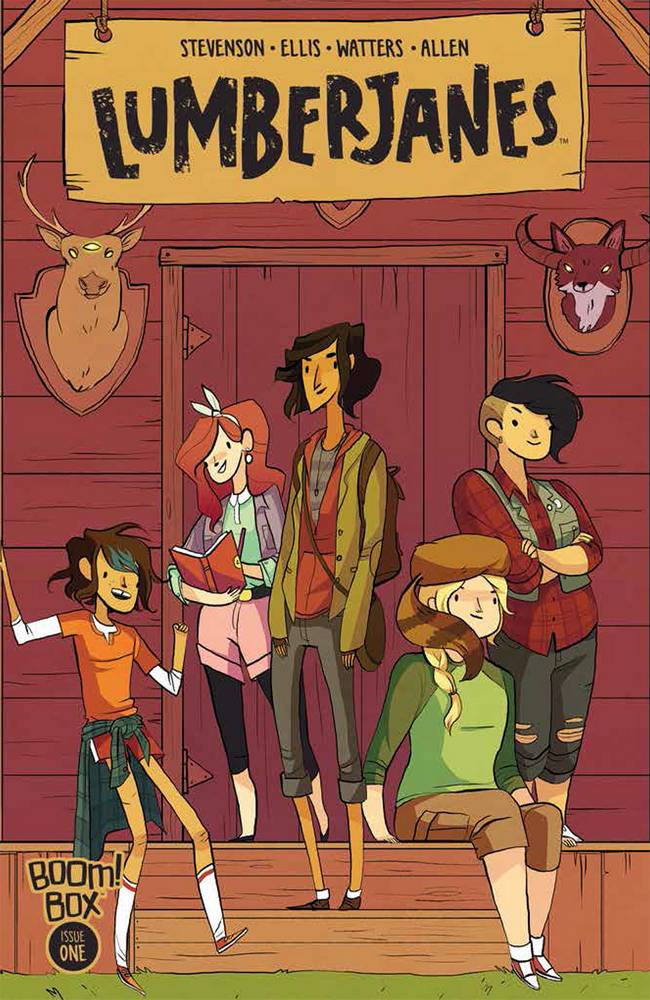 One of my absolute favorite series with bombastic representation is Lumberjanes, created by Noelle Stevenson, Grace Ellis, and Brooke Allen. Ripley, Jo, Mal, April, and Molly are all stellar characters of different shades and presentations.

We have queer representation in Jo, Mal, and Molly, and each of the adventurous characters within the series bring forth something different about race, gender, and sexual orientation, providing an exploration of identity through the lens of whimsical summer camp activity. I recommend this series because it is fresh and vital, allowing many readers to see an affirming mirror of themselves no matter how they show up.

This article would certainly not be complete without mentioning James Tynion IV, Ryan Sygh, and Walter Baiamonte’s freshman series The Backstagers. Many of us know what it’s like to hear that we need extracurriculars to get into college while also acknowledging the difficulty of finding where we belong.

The Backstagers, even in just its first issue, looks at this dilemma and the challenge of finding a spot when you want to sink into the shadows. The characters cover a wide range of gender expression and sexual orientation for boys, making the series helpful for navigating the often tricky seas of being male. There seems to be much more in store, so I feel that this comic touches on important experiences in high school and in transitioning to new grades that could help many people find their niche and feel at home. 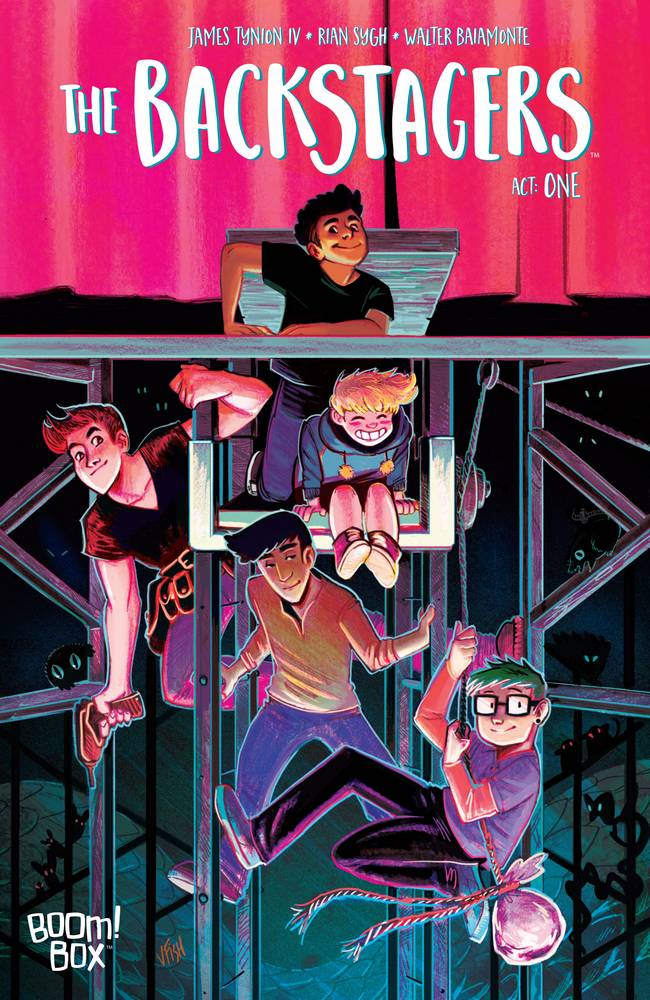 These series, and many more, are excellent books to have on your shelf, as I imagine the people who come across them could find themselves affirmed by the series and by your willingness to broadcast them. Going back to school is related to a number of experiences, whether positive or negative, and sometimes having a floppy in your backpack could mean the difference between a momentary reprieve or the constant anxiety of acclimating to a new setting.

Looking at these comics as the bastion of valuable narratives changes their power and points out the shining parts of an industry that is often not a welcome home to each of these diverse characters.

In thinking about this article, I considered many series. There’s quite a few that address the experience of going back to school, especially for children. These comics are valuable because they mirror the experiences of young people of all sorts and they manage to address many different identities, even if not explicitly.

While I’m not sure I could fit every series that came to mind within this column, so if there’s any comic I missed, feel free to let me know!

What series would you recommend to people who are going back to class, whether school age or college aged? What comics best capture the issues of people in the back to school struggle? Hit me up on Twitter at @80Grey so we can talk!