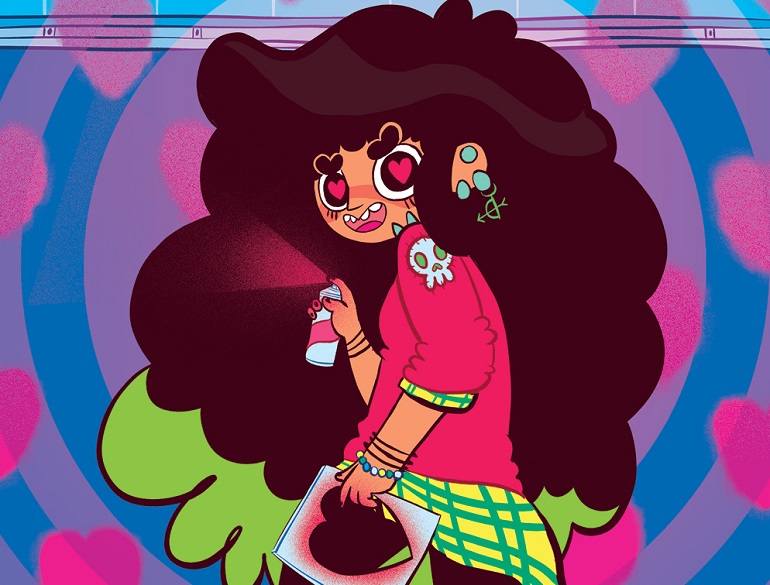 Hello and welcome back to another edition of Representation and Health 101! This a journey of examining comic book characters through the lens of health and psychology, revealing what about them helps us cope with the world around us. Picking someone today was tricky; I was trying to get out of my comfort zone and focus on a character from a different publisher than I usually pick from. Then, inspiration struck in the form of a character new to the scene from BOOM! Box. She’s creative, emphatic, but also underscores the importance of vulnerability. So, today, let’s talk about Jonesy! 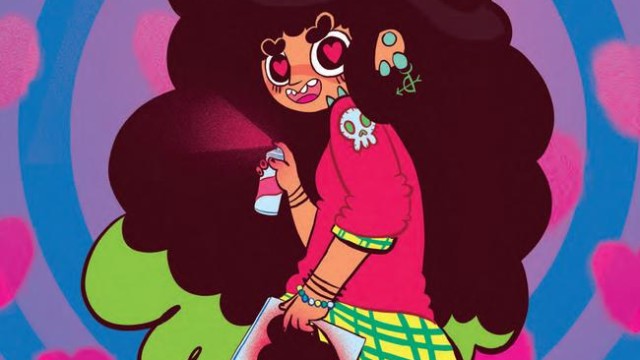 Jonesy first appears in her eponymous series, begrudgingly going to school despite it being Valentine’s. She has her own zine and works at her dad’s donut shop, which is awesome, as she trudges through adolescence with a sharp wit and passionate demeanor. Through her series, she experiences a wide range of events, from her disappointment at being made fun of to her reconciliation with her previous nemesis, Susan. Jonesy is a rather everyday teenager, save for her strange superpower, who goes through rather everyday teenage stuff.

Jonesy as a series has been really delightful for many reasons, and the title character herself has been fun to read and explore. I like that she’s in an all-ages comic, she’s Latina, and she’s able to express her multitude of interests, but also the breadth of her emotional experience. Within the first issue she mentions what it’s like to be her in her school, to have others compare her to her peers, and she touches on the issue of losing her grandfather. She tries to get back at someone, only to realize she was misguided, and does her best to remedy the situation. There’s so much to unpack even in one issue of Jonesy that underlies my reasons for wanting to discuss her as important for representation and health.

What Jonesy helps us do is essentially process emotion. She’s a teenager with as complex an emotional life as many of us experienced. While on the outside she’s a rough and tumble go getter, inside she faces the pain of insecurity and letting others down. In two issues Jonesy has been revealed as a character who is dynamic in action but also her emotional life. These types of characters are important for kids and teenagers as they’re developing because they often experience difficulty expressing their emotions. Having Jonesy as an avatar can reduce some of those barriers and provide an avenue through which adolescents and children can discuss how they feel. 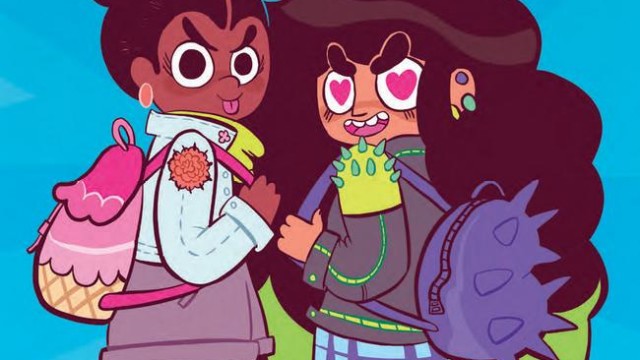 Jonesy as a character also provides young Latinx adolescents and children an opportunity to explore who they are, a vital part of developing resilience and well-being. Many children and adolescents of color face various barriers to health and well-being, including poverty and discrimination. For Latinx youth, many of them experience these in addition to living with immigrant parents, or being immigrants themselves, along with acculturating to a predominately White American society, according to the National Council of La Raza. Dr. Adriana J. Umana-Taylor and Dr. Kimberly Updegraff conducted research that brought these realities home, finding that Latina youth were more likely to experience depression than their male counterparts. However, these researchers also found that self-esteem was a gateway to building resilience for Latinx youth regardless of gender.

With this information in mind, consider that Jonesy could serve a vast utility in helping Latinx youth develop a sense of self and independence. She isn’t cookie-cutter or an expression of common Latina stereotypes. She has feelings, challenges, and depth. By being able to see themselves in Jonesy, Latinx youth, particularly young women, could have an opportunity to explore what it means to be who they are in a holistic way, thus potentially enhancing their self-esteem and overall health.

To have a character who looks and feels like you is to have someone through which you can process emotion but also develop a well of validation. Jonesy is important because she demonstrates how to manage emotions and the consequences of actions, but also because she adds to the number of Latinx people in comics. Given the state of mental health for Latinx youth, having Jonesy as an example of emotional health could help Latinx children and adolescents find ways to process many of the things they experience. There are some great jump-off points even within two issues of the Jonesy miniseries that provide excellent room for discussion, processing, and self-validation.

How do you feel about Jonesy as a character and young Latina? What are your thoughts on her narrative? Let me know on Twitter at @80Grey (and be sure to pick up the first two issues of Jonesy, which are available on Comixology)! For a bit more information about Latinx mental health, check out this document from the National Council of La Raza.