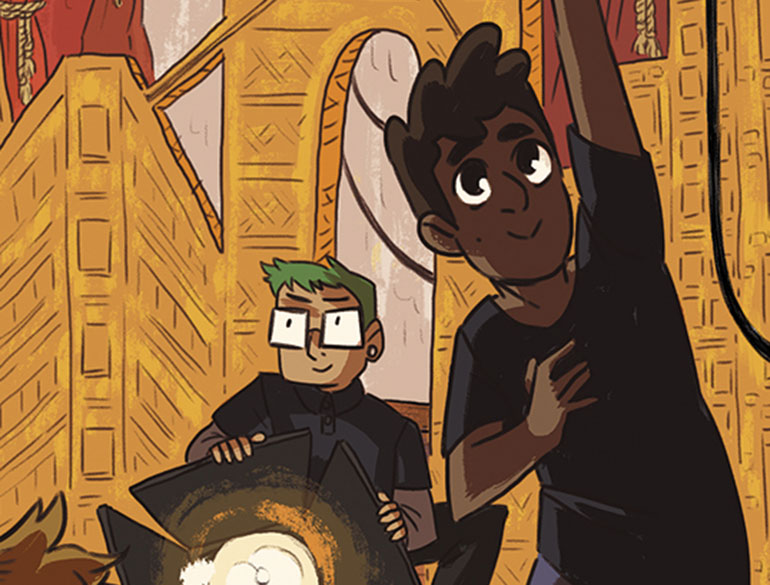 Last year, I did an entire month of articles about black characters and issues in comics, but there’s no way in hell I have the energy for that again (maybe next year!). However, I wanted to pick someone I thought represented an important part of black liberation and the black future. Why? Because he holds the same values of eschewing strict and toxic masculinity, exploration and curiosity, and varied presentation. So, let’s have a little chat about Jory from The Backstagers. 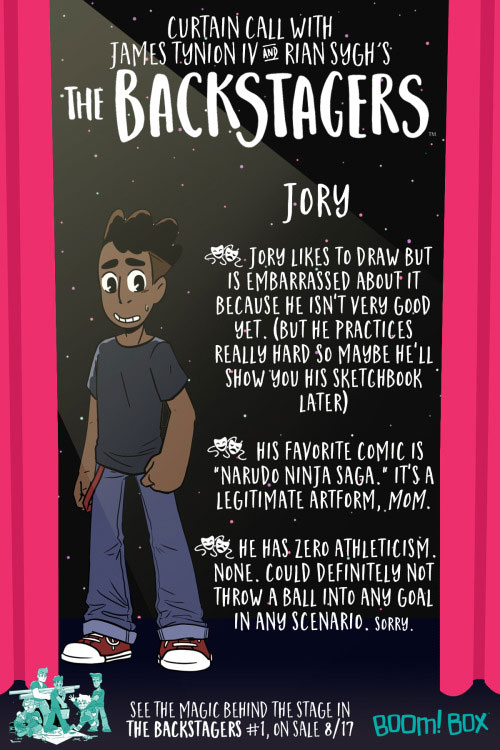 Jory’s first appearance is as the shy new kid finding his bearings and just something to do at his new school. He’s right, boys are gross, and he’s not quick to find a spot. However, he manages to creep into the odd world of the Backstagers, the crew of Beckett, Aziz, Hunter, and Sasha. With them, he travels through the Backstage, a labyrinthine hodge-podge of dimensions, creatures, and someone who brings with him an ominous, foreboding wave.

With his new friends, we see Jory become someone new, someone who isn’t scared to feel or just be himself. It’s this development that I find extremely helpful, especially for young black boys.

Through Jory, readers experience his anxieties rather clearly. Through each issue, he slowly gets nudged closer to being himself. I can only imagine what his life was like before and what experiences shaped his initial presence in the series. Watching someone slowly unfold into their best self is important for many people, especially those who are marginalized. 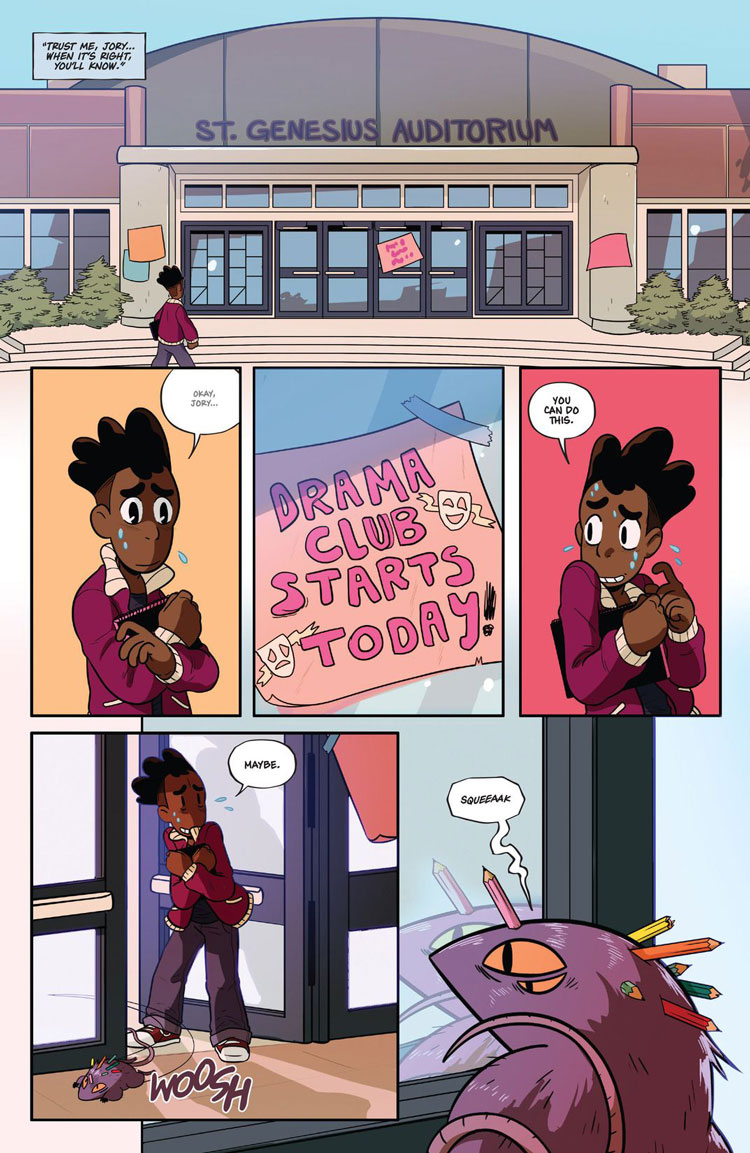 Such an experience is not often one we get to see outside the confines of whiteness and binary gender, as most of these stories hold some axis of identity that is significantly privileged over others. When it comes to intersectional identities, this narrative feels almost absent, save for the rising number of creators who are devoted to telling stories beyond the narrow view we typically see in comics.

What Jory presents is a chance to model healthy identity development. Much of the series takes place in the context of the Backstage, so it doesn’t add the complicated elements of peer socialization, parenting and home life, or culture of origin. However, Jory is still a character I can see many young black kids identifying with, particularly if they don’t the mold often presented in our culture.

Black men and boys are told to be strong, to tamp down their emotions, because that is power. Black women and girls are told to support the family, often to the detriment of their own health, and to form another pillar of black hypermasculinity. 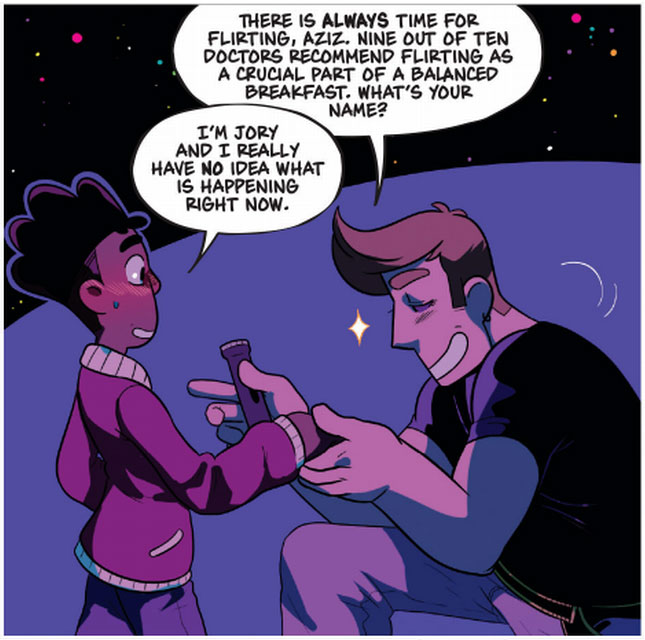 Black queer kids, whether in terms of gender or sexual orientation, are cast as aberrations, violations of nature that must not be pursued, and black trans people in particular get the brunt of this sentiment. Each of these ideals are nigh infinitely complex, even if presented simply here, and they shed light on the sometimes anxiety-ridden and many times dangerous world of anyone who exists outside those boxes.

Without a healthy and proper schema for development, we often take what we can. This leads to various risks for black youth. Jory has the capacity to change that through his sensitivity, compassion, and his affectionate interactions with Hunter. These moments which dot each issue of the series could be vital in expanding conceptions of race, gender, sexual orientations, and their intersections, hopefully providing a safe haven through which young black and queer kids can experience themselves. To see Jory grow is monumentally impactful, and he’s a firm example of more characters we need. 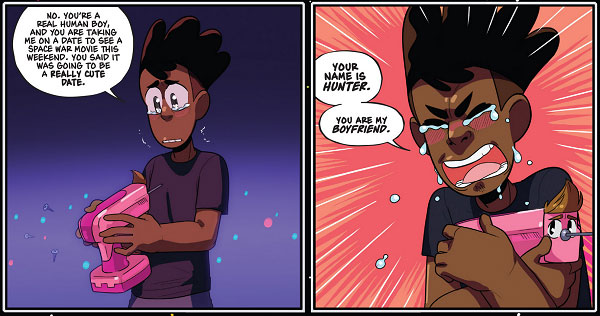 Why do I see someone like Jory as the future? As it stands, many movements like Black Lives Matter are mired in the patriarchal focus on men, but also do not address homophobia and transphobia from not only men cis and cishet women. These reminders are painful and important, as they speak to the limitations of any major movement we have seen throughout American history.

Yet, ironically, Black Lives Matter was started by three queer women, and much of the moment is carried not by the narrow-minded bigotry of those within our community, but by those whom have the least to benefit, namely black queer people. In case you haven’t noticed, many social movements have been spurred and energized by the efforts of those with the least privileged, just as Marsha P. Johnson and Sylvia Rivera threw bricks and Bayard Rustin helped organize the March on Washington. If we left it up to solely cishet people, we’d get nowhere. Instead, so much of history is guided by the hand of black queer people rendered invisible by respectability and bigotry.

Jory may not know it, but he captures the spirit that is driving and should drive any modern social movement. He is the one who throws down boundaries organically to become himself. Almost everything is political and within him we see that same reality manifest. 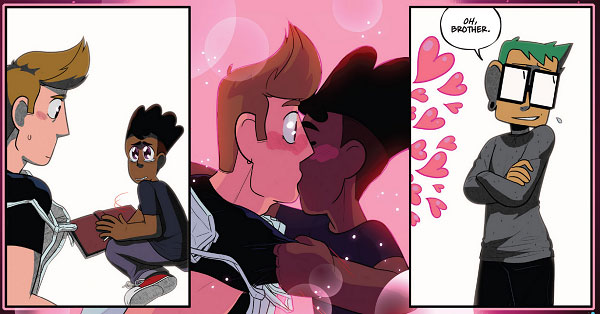 I truly believe black queer folks, particularly the young ones, are going to guide us to where we need to go. We just have to listen. Jory is someone who encapsulates the reality of social movements and advocacy, even if his adventures are primarily in the world beyond the theater stage. Inspiring young black and queer folk is important, and I truly feel his is the very representation of that.

Beyond movies like Moonlight and shows like Noah’s Arc, which explore the nuances of being black, gay, and male, we have relatively little that speaks to our existence. For the new crew coming up behind us, there’s even less that address their experiences more directly. Media regarding varied experiences of blackness are slim and hard to find without harmful stereotypes or instances of bigotry that can be the same reminders of our experience in society at large.

Jory’s prominence as The Backstagers’ protagonist is immensely meaningful, and I wonder if he could do the same for young queer and non-conforming black boys and children that he has done for himself over the course of the series. 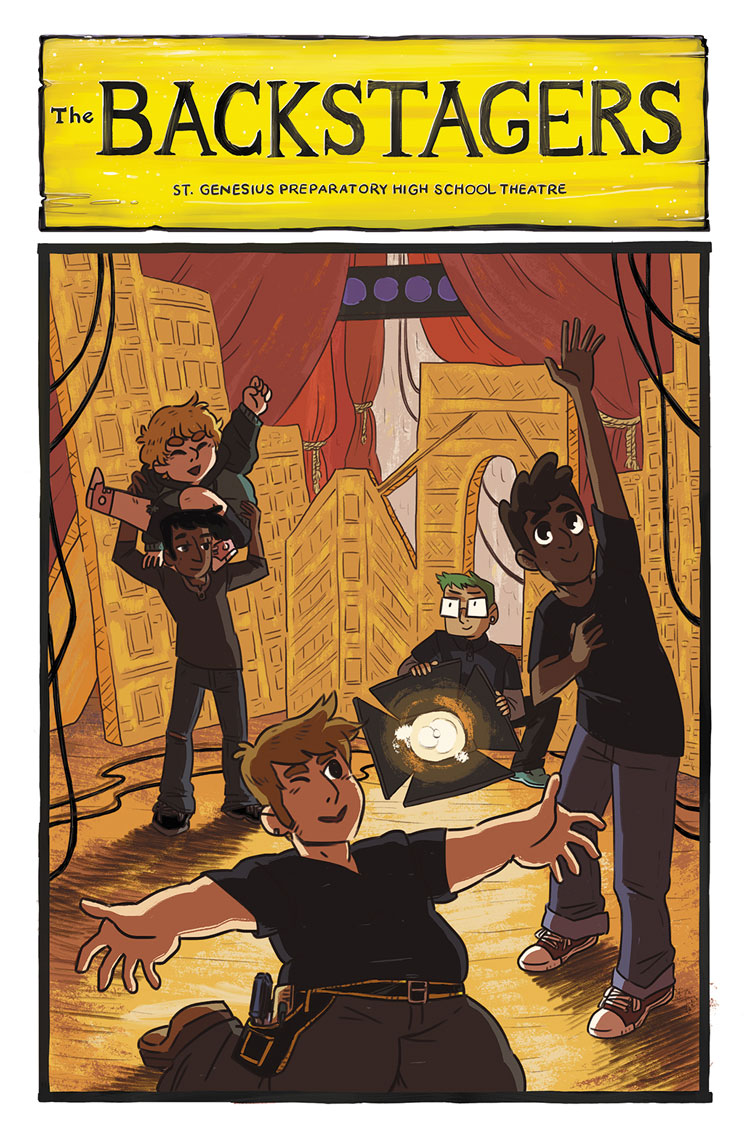 How do you feel about Jory? What are your thoughts on him in general and in his home series? Hit me up on Twitter at @80Grey!