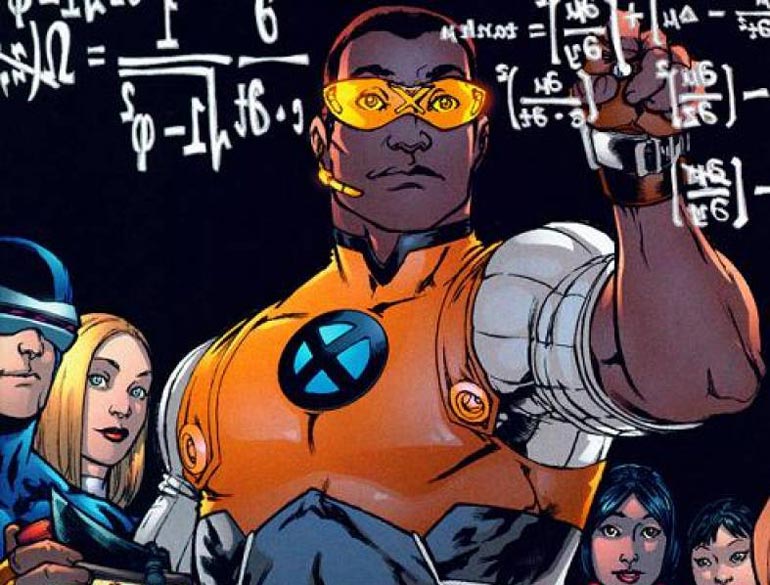 Here it is, yet another installment of the Representation and Health Black History Spectacular! This time, I’m going to shine light on a character whose importance I didn’t realize until very recently. Within the pages of the latest volume of Young Avengers, Prodigy, aka David Alleyne, proved that he has value for more than just being one of a few Black characters in comics. 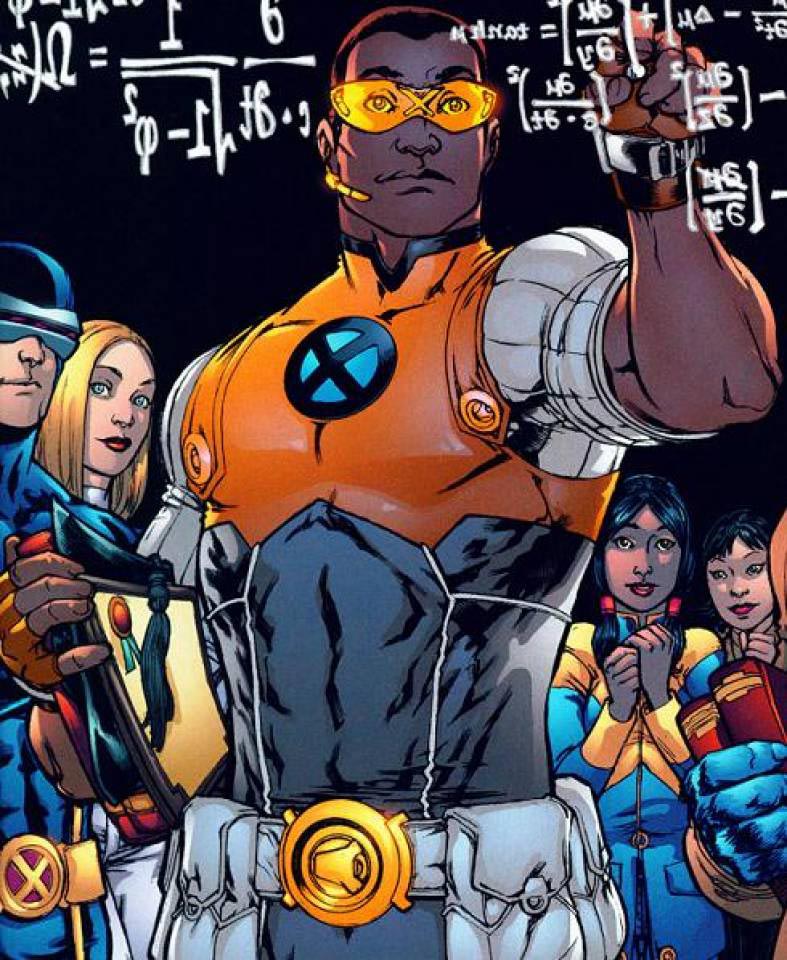 David makes his first appearance in New Mutants #4 in 2003. In high school, David begins to realize that he has capabilities beyond what any normal human does. Using these skills to his advantage, he works to create opportunities for himself in college until he is outed as a mutant to his parents and many others in his world. Luckily, Dani Moonstar shows up to offer him a place at the Xavier Institute, allowing him to reach his full potential as a mutant and an intellectual.

After the events of M-Day, in which 98% of mutants lost their powers, David still proves valuable to the X-Men and mutants as a whole. The Stepford Cuckoos help him relearn every piece of knowledge he’d absorbed in the past, giving David a leg up in staying with the X-Men. He helps to care for those injured in battles during the Messiah Complex storyline and assists the X-Men in dealing with the Skrulls during Secret Invasion. After his dealings with Cyclops, David eventually finds himself hooked up with the Young Avengers, aiding them in recovering Speed and eventually revealing an important part of his identity. 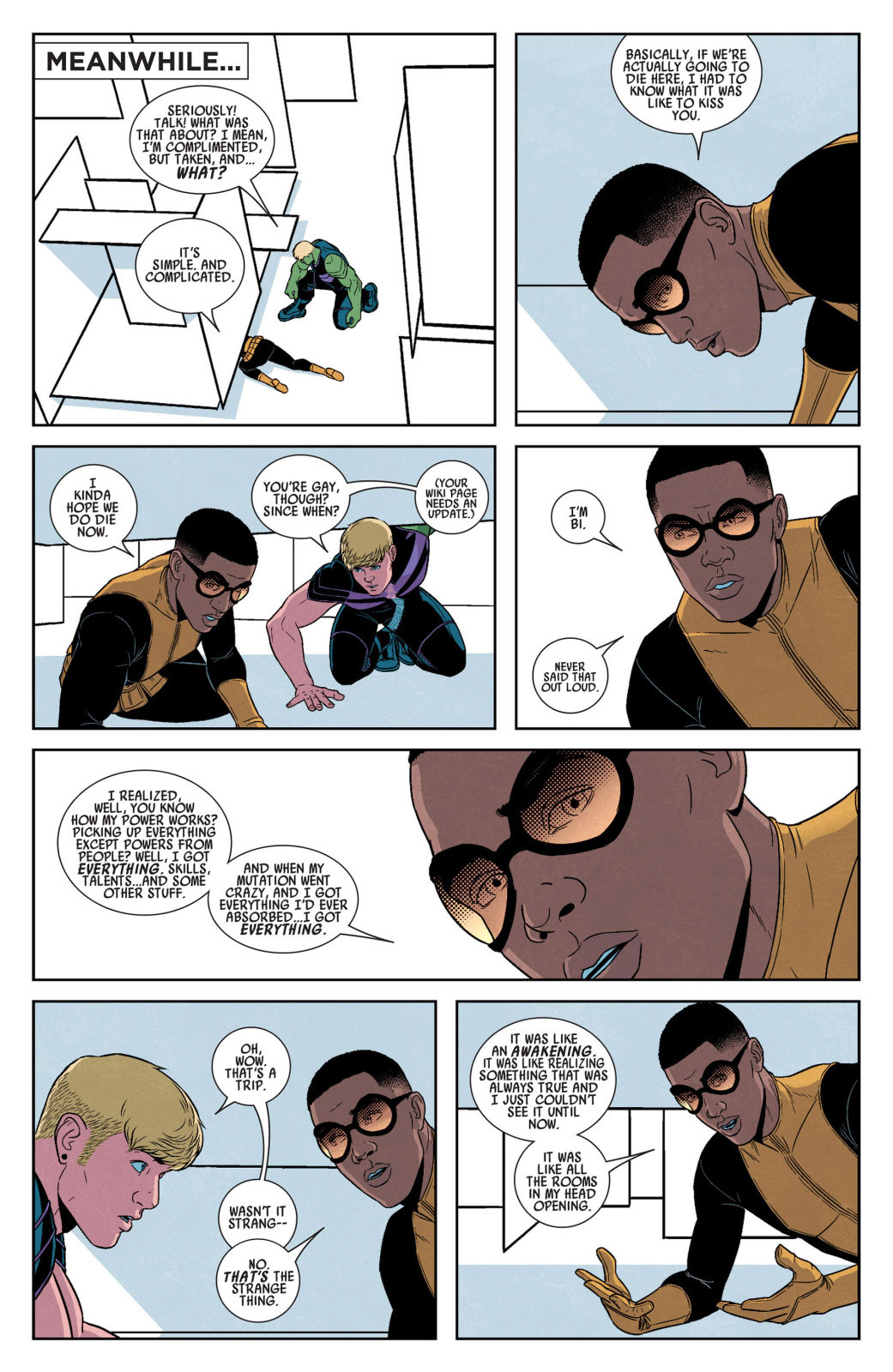 While I wavered in characters whose sexual orientation was revealed as a matter of rebooting or retrospect, I found David to be a fascinating and important character. His mutant powers enabled him to retain the knowledge of other people, leading to some reasonable confusion about who he is. Yet, in Young Avengers, he realizes that his powers did not fully capture this picture and that who he really is was hidden underneath the wealth of knowledge he had gained from others.

He officially came out as bisexual in Young Avengers #9 after kissing Hulkling in issue #8. Hulkling assumes he’s gay, and David gives a wonderfully simple correction of this assertion. This moment was incredibly important considering that this could have easily been a moment of bi-erasure and our culture often assumes that a man attracted to men is automatically gay, not another non-heterosexual identity beyond monosexual. Given the nature of his abilities, it made sense why he was not fully able to tease his identity apart from what he had gained. The nature of his powers also unveils an important reality for many Black non-heterosexual people. 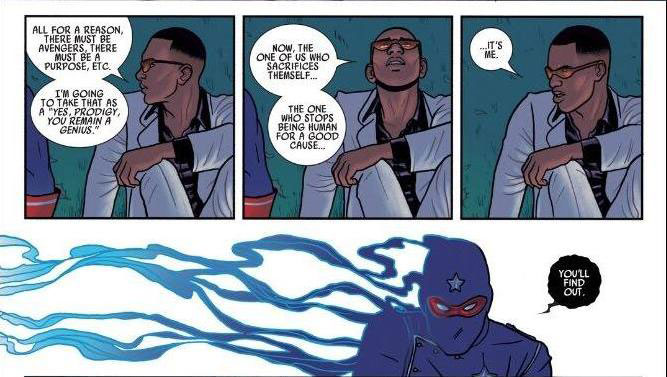 Research has pointed to the possibility that using labels to define sexual orientation is not as common for Black people as it is for White queer individuals. Many Black people who hold varying degrees of same-gender sexual attraction do not always formally choose the concrete identities we believe define sexual orientation. This points to the reality that it’s not so much the identity as the feeling that helps to elucidate sexual orientation. Such a phenomenon is also highly cultural, highlighting that we do not all look at the various modes of sexual attraction in the same way.

David does not have to choose an identity for himself if he feels they are not appropriate. He alone gets to describe his personal experience regarding sexual orientation. This fact is important, as it helps us remain grounded about our feelings of attraction toward others and reminds us that labels are helpful to some degree but not absolutely necessary. A strict adherence to them sometimes speaks to an implicit rigidity when it comes to sexual orientation.

However, David’s adoption of a bisexual identity speaks to a larger cultural experience. As with much of society, Black culture often creates dichotomous poles of heterosexual and gay, leaving out much of the in-between. It’s not unheard of for people within our culture to invalidate the experiences of Black bisexual people, similar to that of our larger society. In some ways, it is groundbreaking that David is representative of a wider range of the sexual orientation spectrum, especially as a man. He is an exemplar of eschewing rigid standards of gender and sexual orientation that often operate within Blackness. 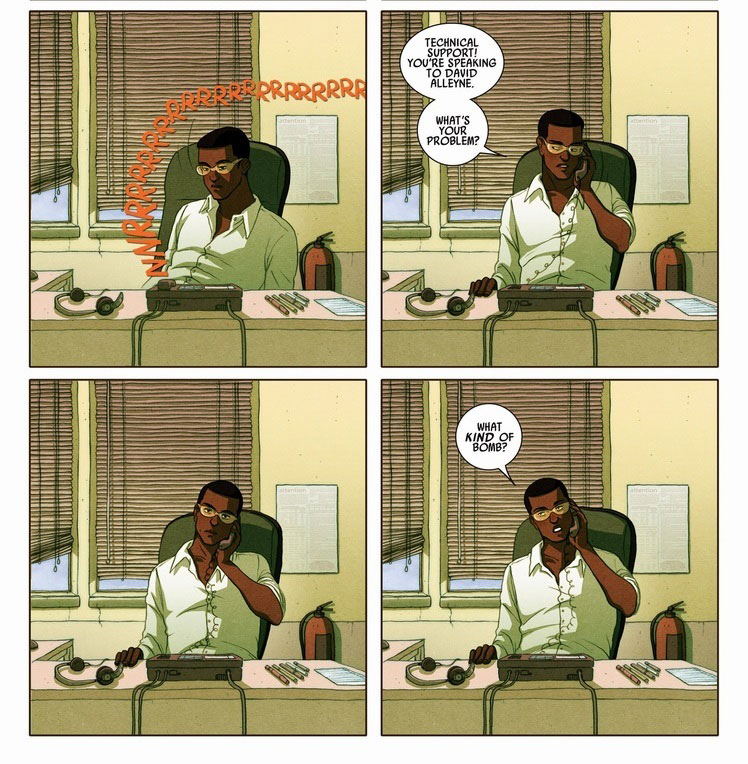 David also is important for helping us to explore the development of sexual orientation. While the ‘Born This Way’ narrative has been used as a method for explaining we don’t completely choose who we love, it doesn’t always capture the full picture. For one, if we chose our sexual orientation, that does not justify bigotry. And, two, sometimes we simply don’t have the language or the understanding of ourselves to fully state we are. In psychology, the common consensus is that sexual orientation is not just our genetic material, but also our environment (and assuredly not in terms of sexual abuse from same-gender individuals). We develop our awareness of our sexual orientation on our own terms, much like David had to uncover for himself.

David stands as one of the very VERY few Black queer characters in comics. While there are some others, especially in the realm of independent comics and publishers, to have so little representation of Black queerness is disheartening. Yet, at least so far, I value the narrative that David brings forth because it challenges views of sexual orientation as monosexual (biphobia exists, y’all) and always known and present. David highlights that many of us may not fully explore who we are until we have the opportunity and safety to do so. 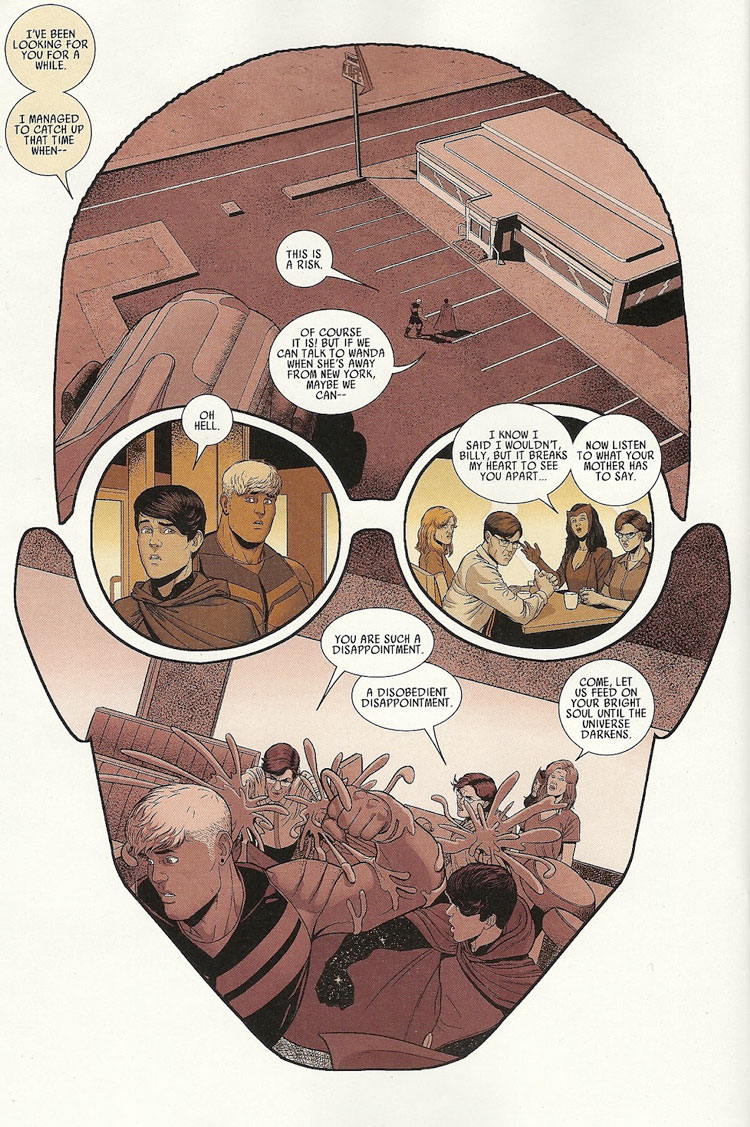 I chose to focus primarily on David as possibly the only bisexual Black man in comics, but there are some wonderful allegories he represents during his long run in New X-Men. Danielle Moonstar and Emma Frost show him a possible future where he essentially becomes a tyrant in New X-Men #10 and #11 as a result of having the blocks taken down around his powers. David initially could telepathically absorb knowledge, only for it to fade away, but he was shown a world in which that limitation was gone.

The idea that a Black man so smart will become corrupted is mixed message. Then add the fact that David chose not to have the mental blocks removed. I think it’s important to unpack these narratives, considering intelligence does not mean Black people are no longer affected by racism, and the idea that a Black man will do evil things to heal the world can be taken far enough to say we can’t be trusted. In the context of a racist society, this particular story has some undertones I’m honestly still unpacking. Beyond this narrative, David has a lot of really awesome moments in the pages of New X-Men which I highly suggest you check out.

I hope that David continues to be present in the Marvel universe. While the Young Avengers always seem to be at the mercy of editorial demand, they are an important avenue for exploring many diverse identities and ways of being. David has managed to stick around to help the X-Men for many years, so he deserves some kind of spotlight in the future. 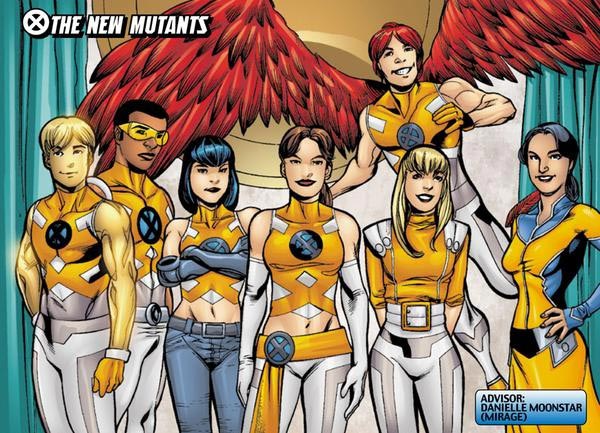 What do you think about David as a bisexual Black man? What stories would you like to see about him in the future? How do you feel he is a helpful character in enhancing representation? Let me know at @80Grey on Twitter! In the meantime, get caught up on the Representation and Health Black History Spectacular!