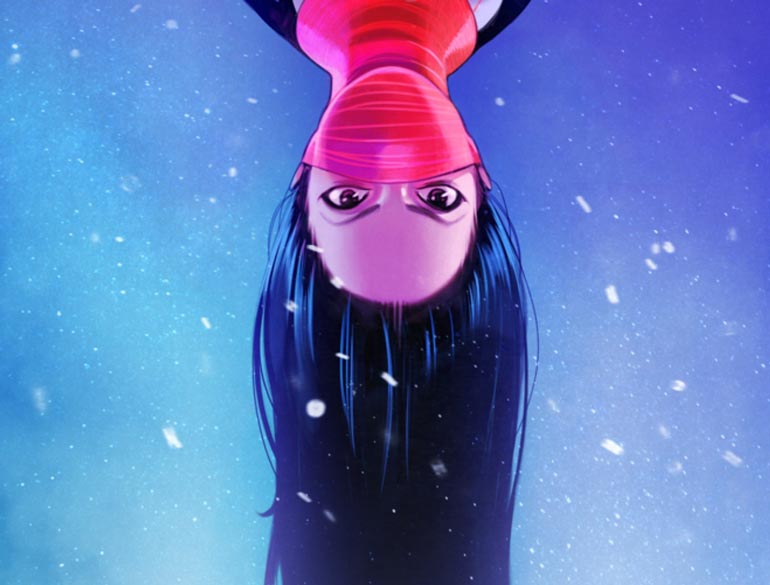 Oh my stars! It’s time for another Representation and Health 101 installment!

It’s only been two weeks, but it’s felt like ages and I’ve been ready to offer up my perspective on the various characters in comics and how they help us heal and cope. Today, I’m going to focus on a new Spider, someone who seems to have a lot of fan support and who has quite a, dare I say it, Amazing story. I present to you, the Sensational Silk, aka Cindy Moon. 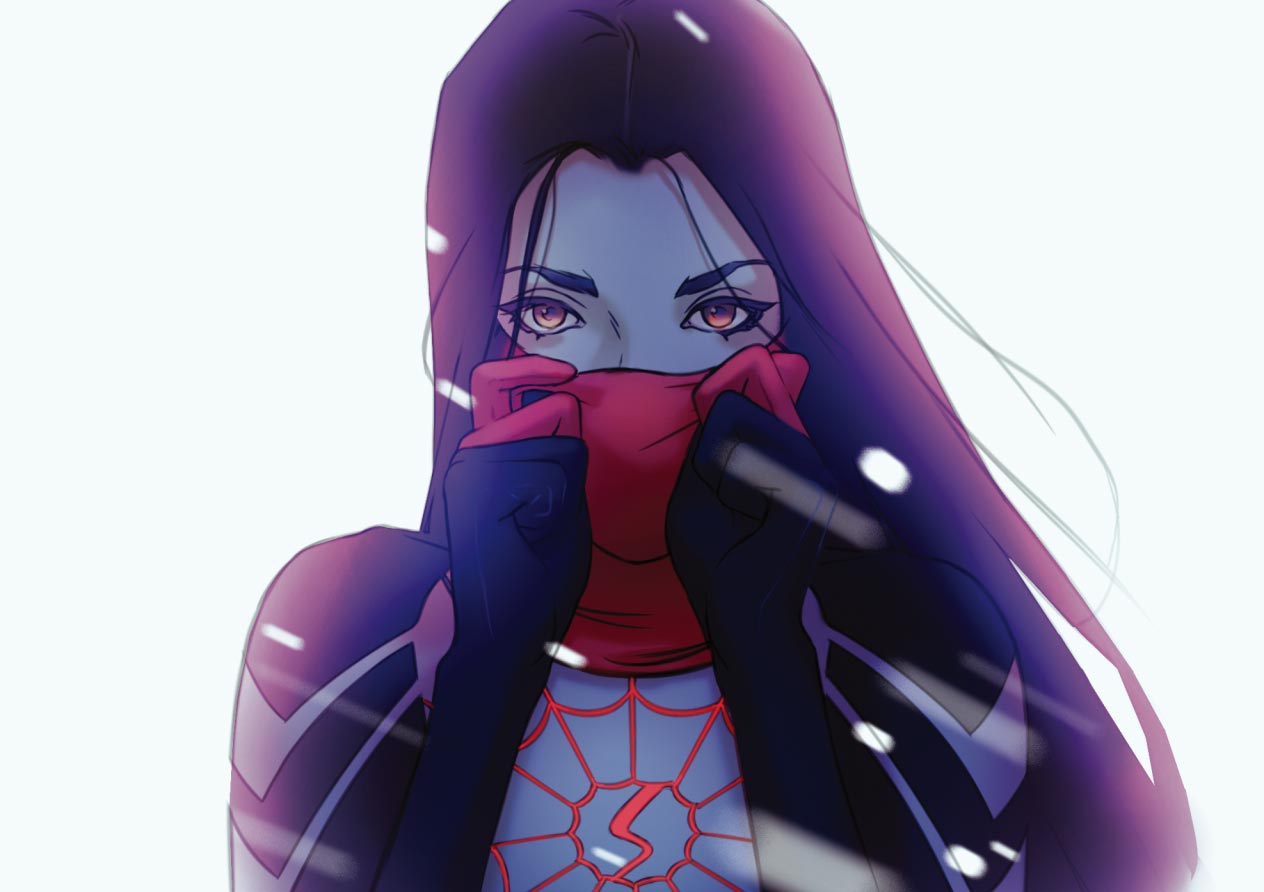 It doesn’t take long for people to figure out that I’m a fan of Spiders. The women of this crew in particular are some of my favorite characters in comics. Julia Carpenter is at the top of this list, though Jessica Drew and Anya Corazon are surely not far behind.

So, to have a new Spider who has her own series and is a woman of color is both surprising and heartwarming. She could have easily been written off, as other diverse characters have before, but she has received a unique chance. Hopefully, she will not go the way of Anya, whose appearances have been rather minimal after the cancellation of her Spider-Girl series. In some ways, Cindy kind of replaced Anya, which is a move that isn’t uncommon in any form of media, but that’s a heartbreaking discussion that we can have on Twitter. 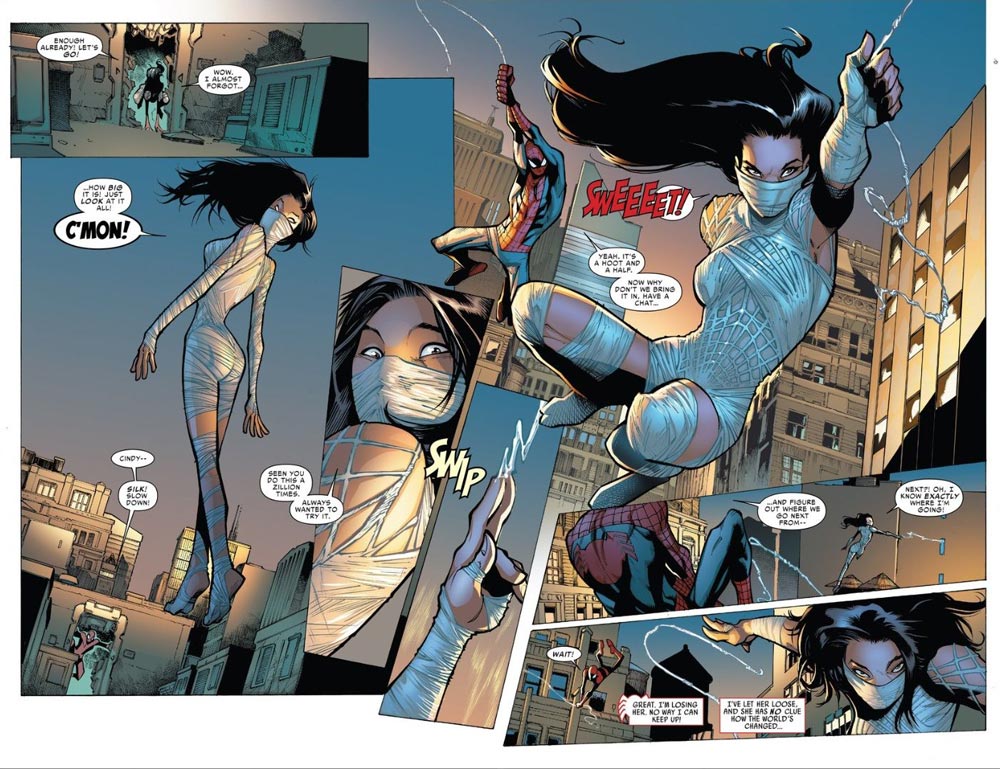 After being bitten, Cindy found it difficult to control her powers. A familiar face in the Spider-world, Ezekiel, contacted her family and eventually placed in a bunker to prevent the villain Morlun from being aware of her existence. After Peter broke her out, Cindy’s presence was immediately felt, eventually leading to the events of ­Spider-Verse, in which Morlun sought to make her his bride. After the defeat of the villain and his multi-dimensional Inheritors, Cindy resumed working for Fact Channel and living the broke millennial life. She continues to appear in the second volume of her own series, Silk.

For one, let’s start with the fact that Cindy is an Asian woman who is unencumbered by stereotypes. While trained by Ezekiel, her existence does not hinge upon science, technology, or martial arts. She’s an everyday young woman working hard like many people her age. Having characters like Cindy who aren’t a function of stereotypes is important for marginalized groups because they widen the variety of characters who fit specific identities.

Her existence also underscores the necessity of more than the One Narrative for any group. While there are not many other Asian characters in comics, Cindy is a rather refreshing one because she’s a departure from common tropes. I can see how Cindy could speak to the lives of Asian people who don’t fit common cultural narratives, especially considering that STEM narratives surrounding Asian people often feeds into the model minority myth which reinforces racism and anti-Blackness.

Second, a large part of Cindy’s story involve the grief of being separated from family and the struggle to reconnect with them. Nearly immediately after Peter finds her, Cindy goes to look for her family, finding their apartment occupied by new tenants. Though she eventually finds her brother, she has to manage the pain of seeing him connected to the Goblin Nation and being hospitalized, thus creating a bittersweet reunion.

Through both volumes of her series, Cindy is struggling to manage many conflicting feelings. She provides a great jump-off to discuss how people handle trauma and grief, but also the connection with someone who is actively working through those feelings. You’ll see me discuss this time and time again, but having a safe means of exploring distressful emotions is a way to help people cope that also gives them a sense of control over their exposure. Comics are a relatively safe medium because they can be put away, even if they bring up painful experiences in an effort to process emotions. 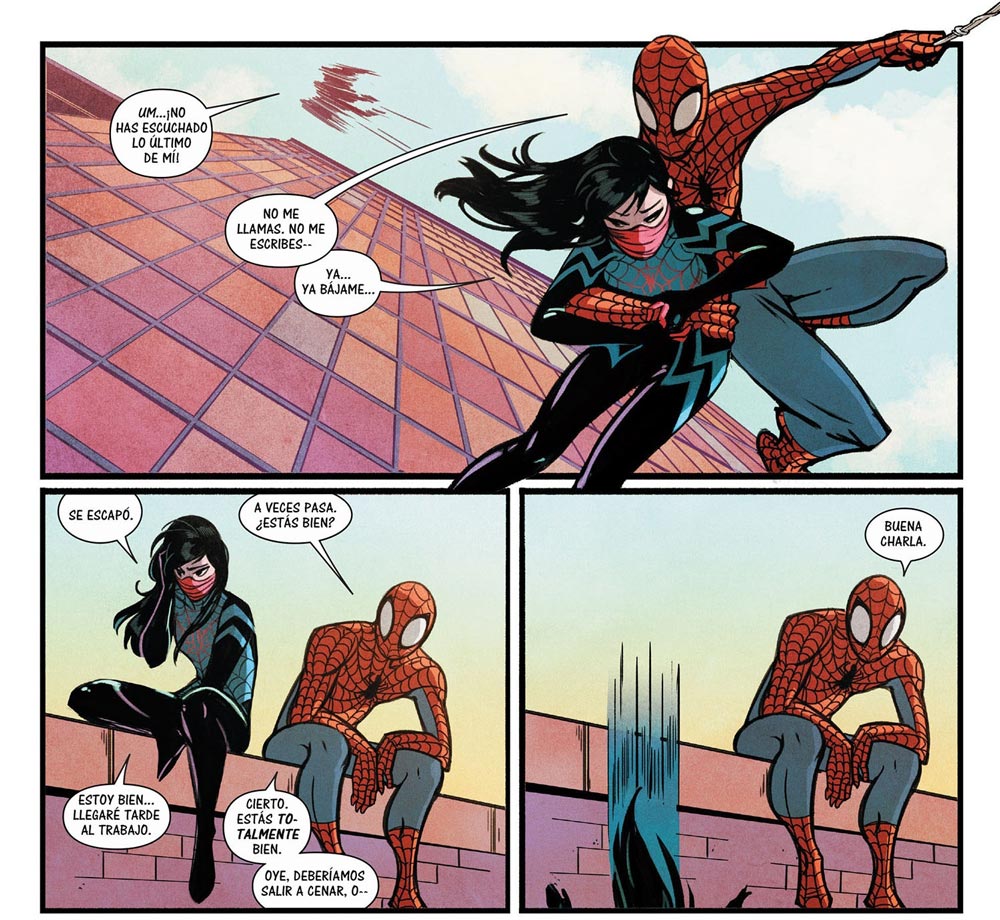 Not only is it valuable that Cindy is an excellent exploration of trauma and loss, but it’s vital that this narrative is connected to someone who is a diverse character. In particular, Cindy’s search for her family mirrors the separation of Asian immigrants from their families, many of whom are not able to travel back to their homes, especially on a regular basis.

Even without such a connection, examining the pain of people of color is important for highlighting the totality of our experiences, even if that does not come from experiences of oppression. Within counseling, working with Asian clients can sometimes involve normalizing emotional experiences within a cultural context, so Cindy could be a helpful way to do so.

How do you feel about our Spider, Cindy Moon? What have you found to be valuable about her as a character? Let me know on Twitter at @80Grey!