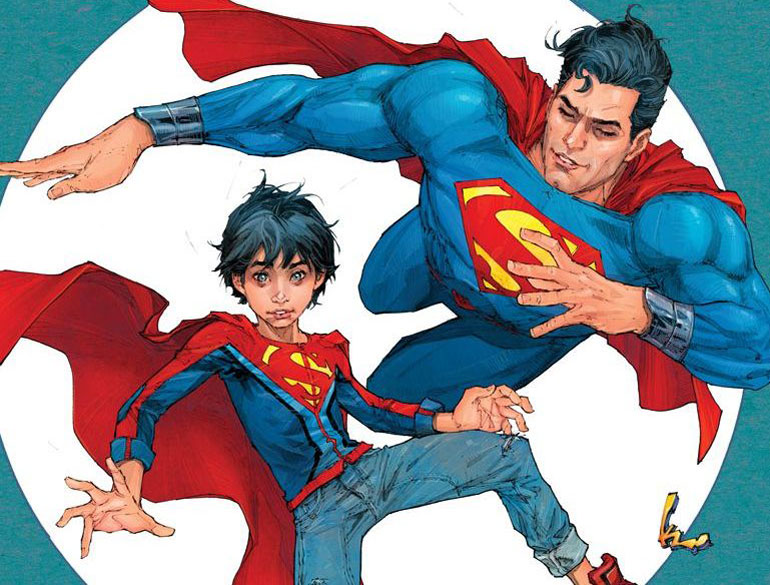 It’s time for a SUPER new Representation and Health 101.

Ever since his introduction, I’ve felt like this character represented something new and hopeful for comics. Jon Kent, son of Superman, exposes a raw emotionality that is important for kids, young boys especially, and a gaping hole in how we discuss emotions in comics. He’s the jumping off point for many important discussions, so why don’t we break down a couple?

Jon first appeared — literally, as Lois gives birth — in Convergence: Superman #2. His and his family’s background is fleshed out in the miniseries Superman: Lois and Clark, showing us how they lived under the radar for years.

His latest appearances have been in Superman, Action Comics, and Super Sons, where he is fine letting Damian know when he’s being a little shit. Jon is adjusting to living closer to the spotlight, reality-issues about his family notwithstanding, and trying his best to be that normal little kid with the powers of a god.

Jon provides a more than appropriate exploration of childhood emotions. While still funneled through a superhero lens, there is much more time and energy devoted to navigating feelings, growth, and change. The first arc of Superman post-Rebirth takes us through the troubles of adjustment and managing expectations from parents and the world, revealing that even though Clark has grown as Superman, it is still hard to help a young adolescent handle particularly powerful heat vision. 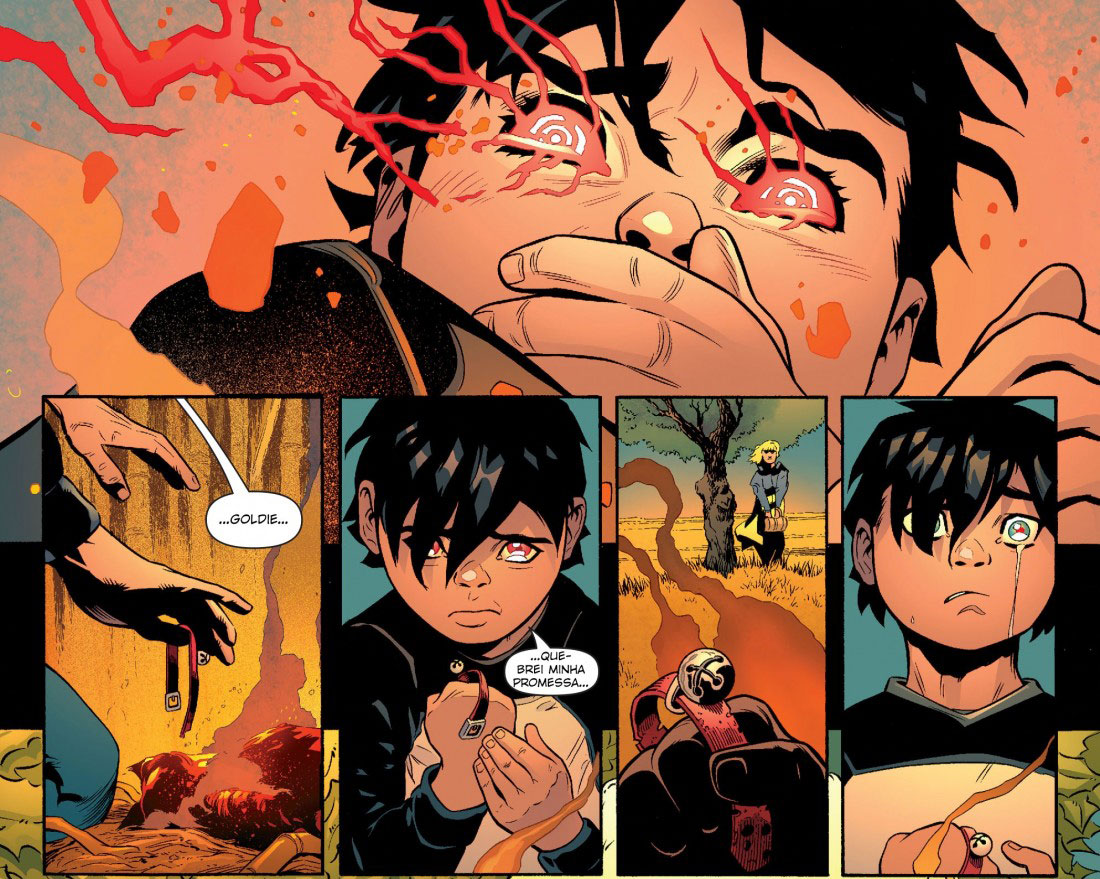 Feelings are no small matter. As kids, we grow up not fully understanding them, our brain and cognitive skills developing while our emotions are strong and intact.

In a talk with my supervisor recently, she shared told me she had learned that our affective world is basically the evolutionary equivalent of bears. We may have a sophisticated cerebral cortex, but that stuff had to grow over time. Our limbic system? Not so much.

So, imagine, what is it like to deal with intense feelings and changes as a child? Our skills for processing vary by age, naturally, but we still have trouble, and this often carries into adulthood. 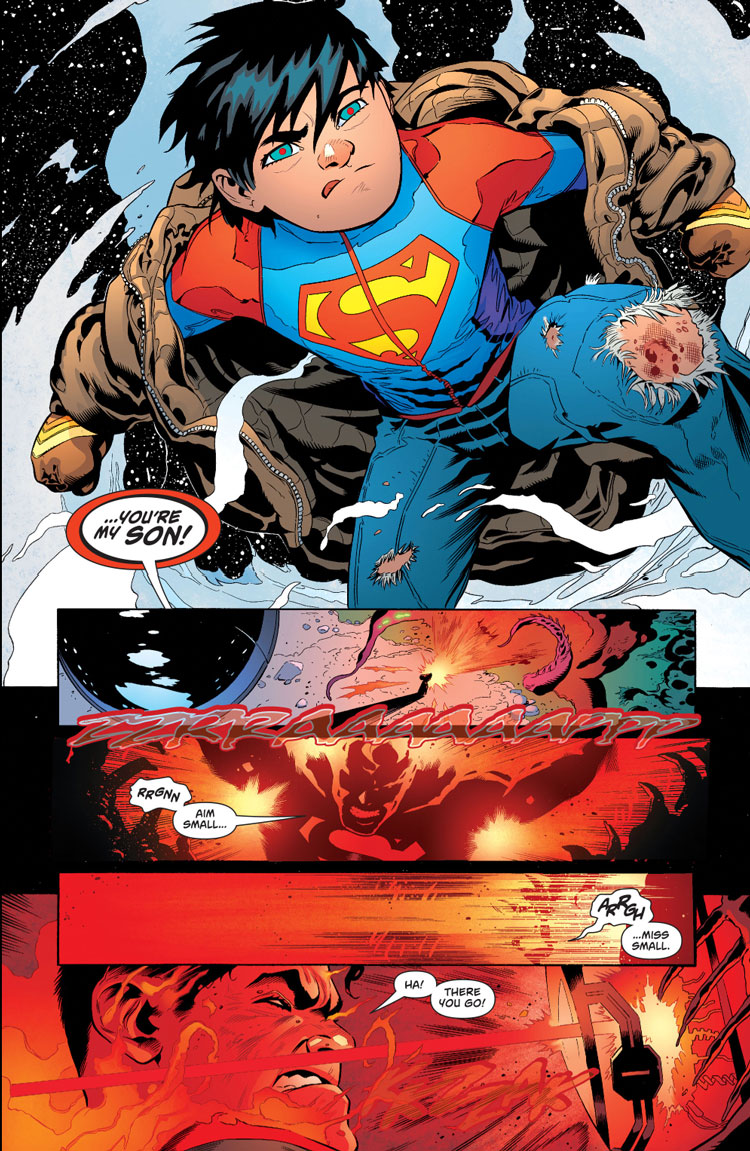 Jon’s narrative unleashes the confusion of feeling weak or small or incapable. It gives us a look into the pain of secrecy and the struggle against rules we don’t always understand or fully comprehend. There is a reason that many children need help for behavioral issues and that an often be boiled down to them facing things in their world that are a range of terrible and simultaneously having to find ways to handle said range of terrible things. Emotional functioning in adults isn’t where it needs to be, and unfortunately this lack of skills gets passed down.

Clark and Lois’ presence as two emotional centers is one of the linchpins of Jon’s development. They are both firm when needed, they are affectionate, and they admit their mistakes. These elements of parenthood are vital for helping kids practice emotional coping. The older adults around them model the necessary skills. 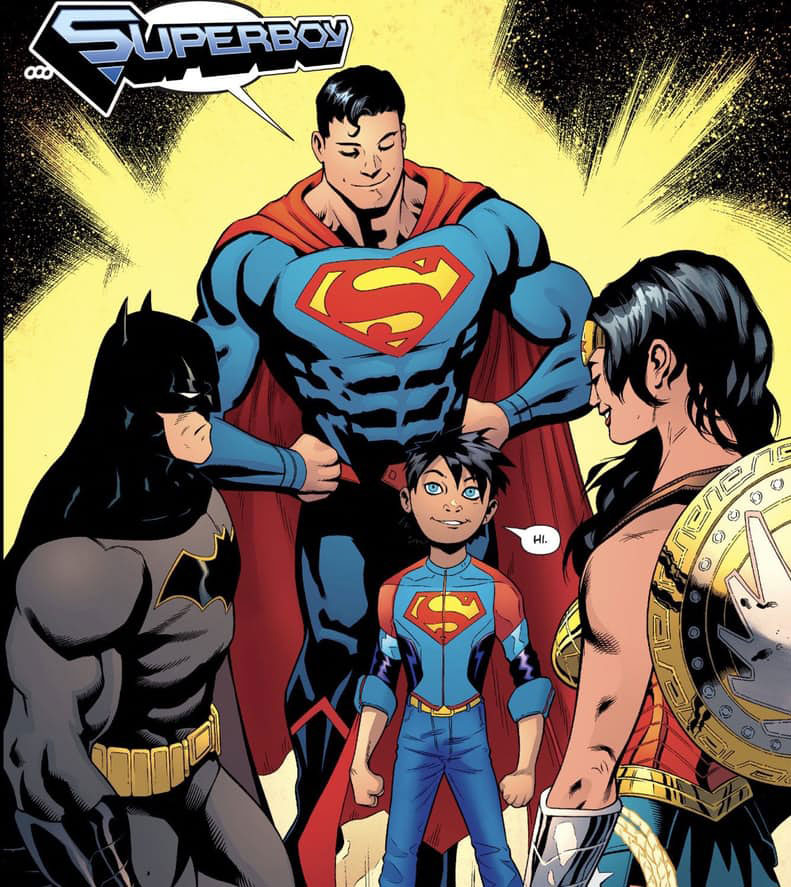 Because of this, Jon is able to understand more over time that bad feelings aren’t inherently bad and his ability to get through them is how he grows into the person he wants to be. In many of his appearances, he is finding the meaning of the shield and how to assert himself in a way that does not seek to minimize others.

My lauding of Jon and his handling aside, I do wonder what this new era of Superman would be like if he were anything other than a young white boy. Yes, it makes sense because, at least as far as I know, Clark and Lois are both racially white (I use this qualifier as how they are interpreted and treated on Earth, understanding that Krypton may have had slightly different dealings with race as a concept).

However, adoption is totally a thing. In a medium where realities are shattered and reshaped, I doubt it’d be hard to have a Native, Latinx, Black, or Asian Kryptonian. While his sexual orientation hasn’t been addressed, Jon could be gay, bisexual, pansexual, or asexual. Jon doesn’t have to be cisgender; he could be trans or nonbinary. Jon doesn’t have to be ambulatory or neurotypical; he could be on the autism spectrum or have issues with mobility.

Coupling complex emotional narratives with marginalized identities actually does everyone good. It helps those kids see themselves on the page and have a way of practicing important skills and it teaches people who don’t hold that identity that people around them are real and human. 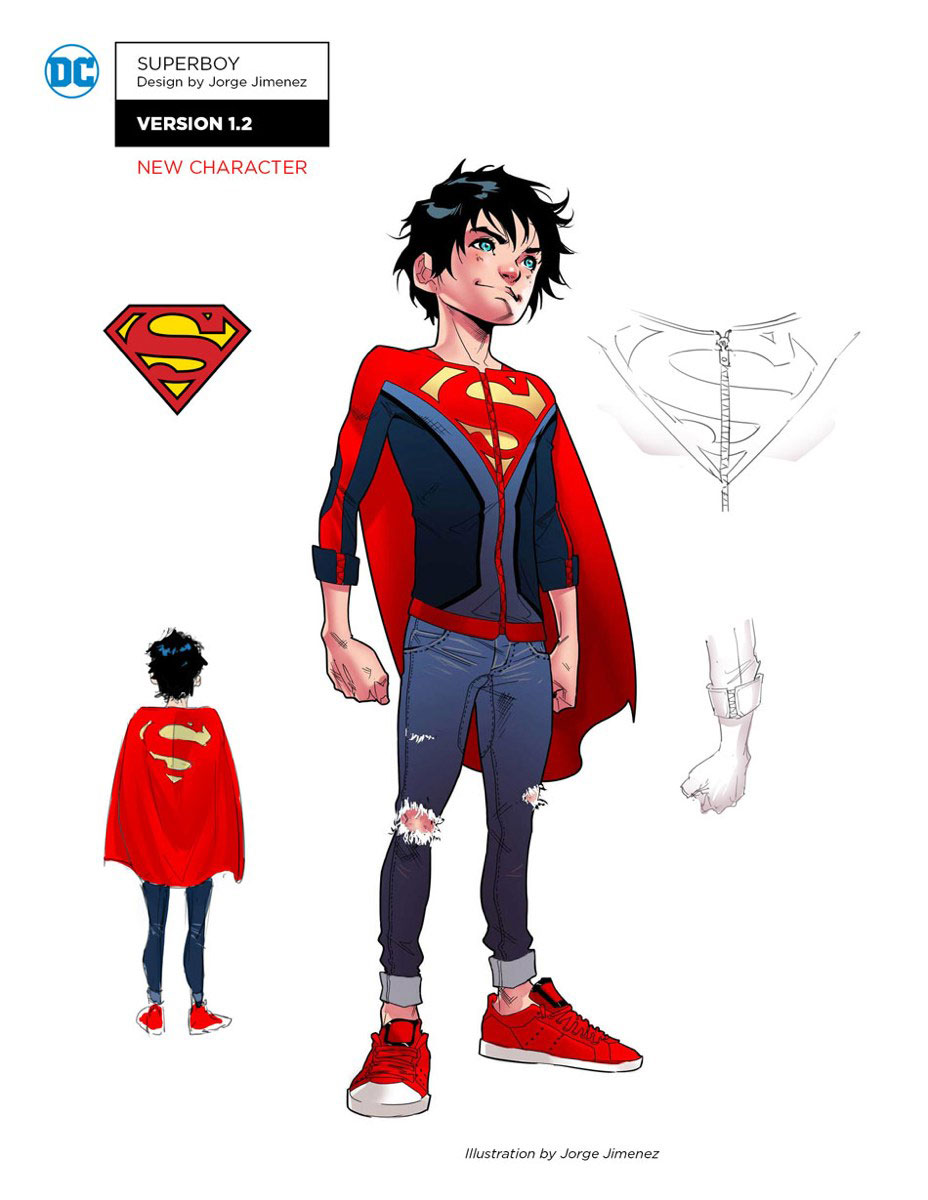 While there is far less to chide here with Jon being a white boy, a scenario that feels increasingly rare with comics, he does also represent an opportunity to do something new with someone new that I think it would have been cool for DC to take.

Counseling, education, childcare, or having younglings in your life will demonstrate how emotional functioning is integral to living and growing with others. The more examples we have, the better. Each time Jon expresses himself or deals with difficulty, there’s yet another chance to model healthy coping for kids.

Sometimes, a comic reaches children on a level we can’t as adults, so why not take the opportunity to help them explore with the little boy with the S on his chest? I appreciate any time healthy psychological functioning can be a feature of a story, and Jon is the perfect conduit through which to discuss this important part of our daily lives, particularly for kids.

How do you feel about Jon Kent? What are your thoughts on him with regards to representation? Let me know on Twitter at @80Grey!