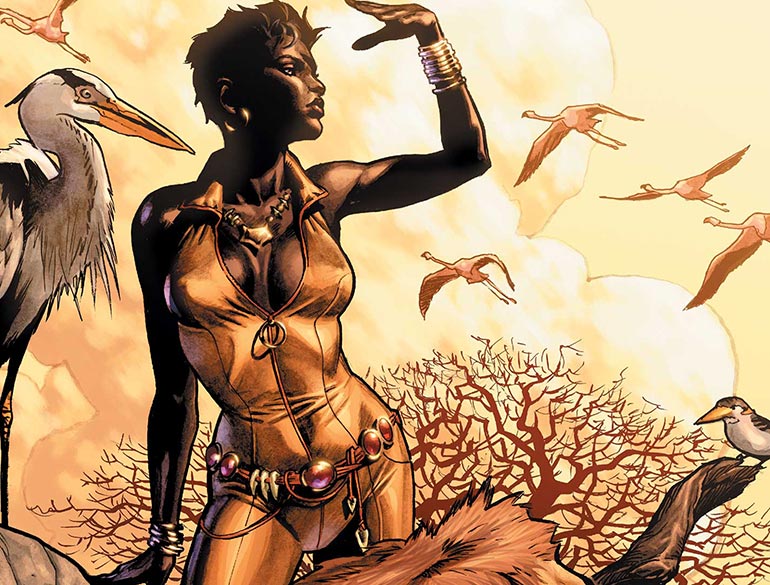 Merry Sunday and thanks for tuning in to another Representation and Health Black History Spectacular! I’ve covered another major Black woman for DC Comics earlier this month, and today I’m going to highlight another who has the hearts of many fans.

Known to many for her appearance in the Justice League Unlimited animated series and her upcoming appearance in the live action Arrowverse, this Leaguer has some amazing skills that allow her to tap into the abilities of Earth’s animals. She has had connections to various teams in the DCU and proved herself an honorable hero and formidable fighter. Thus, we are going to talk about the amazing Mari McCabe, aka Vixen. 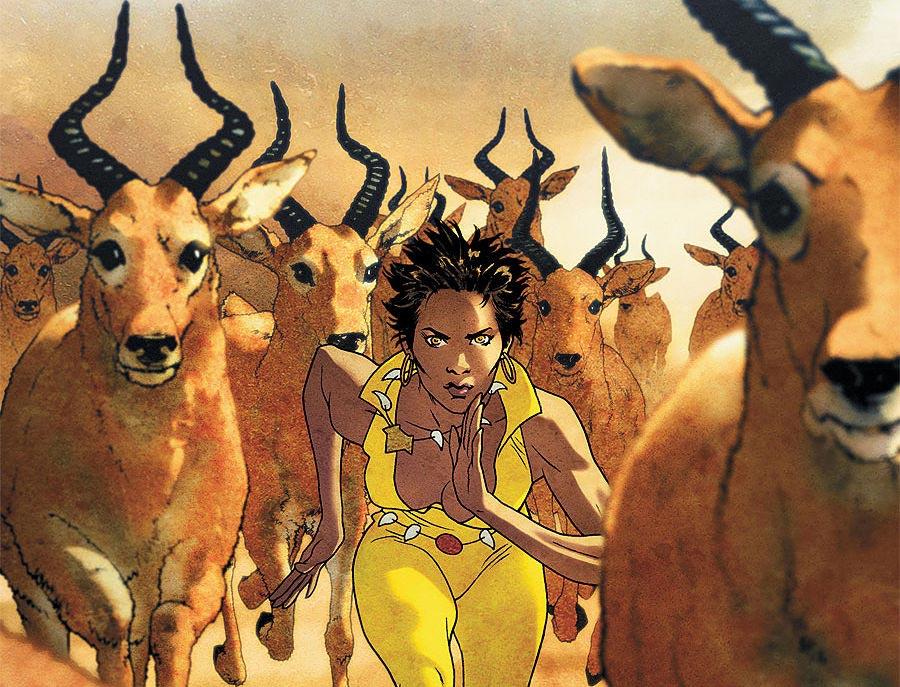 Vixen’s first appearance would come in the pages of Action Comics #521. The Tantu Totem which imbues Mari with her abilities was passed down through her family, but her uncle, General Maksai, wanted the power for himself and killed her father in the process. During this time, Mari would come to the US and begin a lucrative career as a model. Once she gained possession of the Tantu Totem, Mari became a member of the Justice League, and later connected with the Suicide Squad. Her adventures would involve many of DC’s heroes, including the Birds of Prey and Animal Man, and she would be present during many of DC’s crossover events, including Infinite Crisis, Blackest Night, and Final Crisis. As of New 52, Mari was a primary member of Justice League International until she was injured in battle.

Similar to Monica Rambeau, I feel that Mari is a Black woman who has never fully gotten her due. Considering the range and extent of her powers, she is a verifiable powerhouse but is severely underused and underwritten. Many of her appearances seem to be guest spots in other series, though her time with the Justice League is not to be discounted. In particular, her injuries within Justice League International that knocked her out for the latter half of the series, if I’m not mistaken, kind of added insult to injury. One of the few prolific Black super-heroines and she is the one who gets injured and replaced. 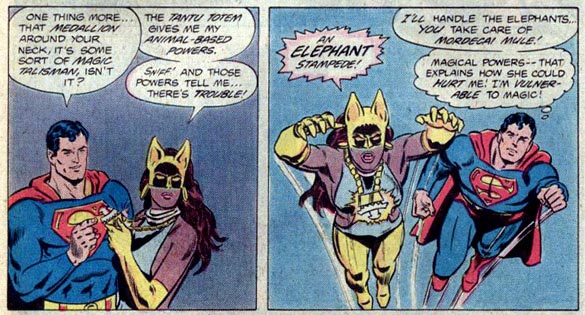 Despite my misgivings about how Vixen underutilized, I like that Mari has a successful career outside of being a superhero. She becomes a famous and recognizable model and designer after leaving her home, a career that sticks with her throughout her tenure in comics. Mari is someone who leaves people awestruck when she is around, and there’s something profound about her as an icon of beauty within the DC universe, but also just as a Black woman. In writing this article, I asked myself the question, “What makes Mari important?” Beyond my own love for her, I actually had trouble pulling my thoughts together. What I realized though is that Mari is important simply because she exists. She’s a multifaceted character who finds success regardless of her occupation. Whether she is actively pursuing modeling or heroism, Mari is more than capable. 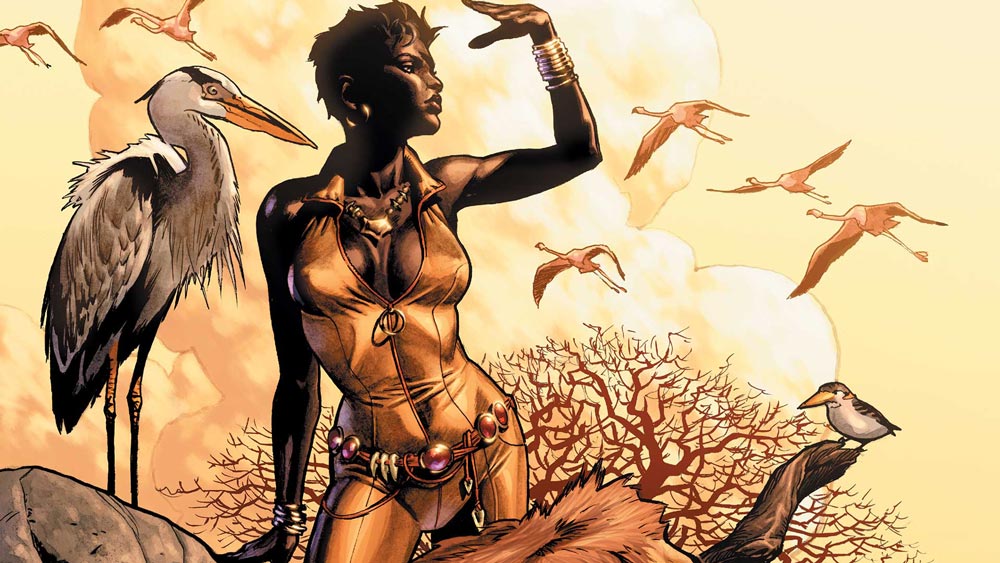 The value inherent in Mari is partially represented by her career. She left her village in Zambesi after the death of her parents, only to find success in America. Having a symbol that represents the move from grief to success is important, as Mari is a reminder that the events that define our past, whether they re-emerge or not, do not have to have bearing on our achievements. These narrative reframe the idea that tragedy sticks with us in ways that are impairing and instead highlight that we can face struggles and still create something valuable and positive for ourselves.

However, as with other heroes, we have to address that Mari is present as a beacon of diversity but the way she is handled is less than favorable. Yes, superheroes are magnets for sadness, but that doesn’t mean such narratives always have to be present, especially for marginalized characters. Mari should be utilized more than just an injured superhero, a random guest in a few issues, or a less present figure within her own teams. I feel as though she was done a disservice, in that she’s one of the very few Black women in comics, definitely one of the even fewer prominent Black woman, yet she gets little to no airtime. 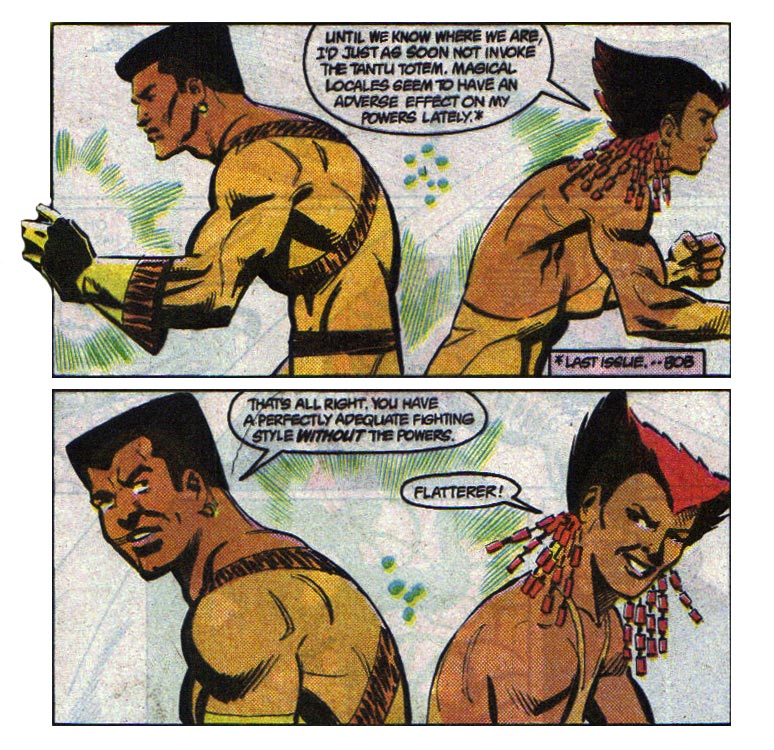 With recent press regarding the comic industry and in DC in particular, Mari represents a half-hearted dedication to diversity. Popping up a few times and representing marginalized identities does not representation enhance. I’m grateful for stories like Vixen: Return of the Lion because they give characters like Mari a chance to shine and are a major reason why I love and value one-shots. Limited series give obscure and marginalized characters a chance to have the spotlight and while I feel Mari should be more present in larger series, I’m glad she had her own mini to address her story and her emotional life.

What I want in the future is for Mari to have more stories. She’s such a great and powerful character that there’s really no excuse not to have her in mainline series. Her absence to me feels rather shortsighted in that sometimes creators or editorial may feel that they can only use the big names. I understand comics is a business, but when business is framed by privileged people’s understanding of economics and sales then characters like Mari are left on the wayside. There’s a grand opportunity to explore more diverse narratives through characters like Mari that is not being seized, and I hope that one day it is. 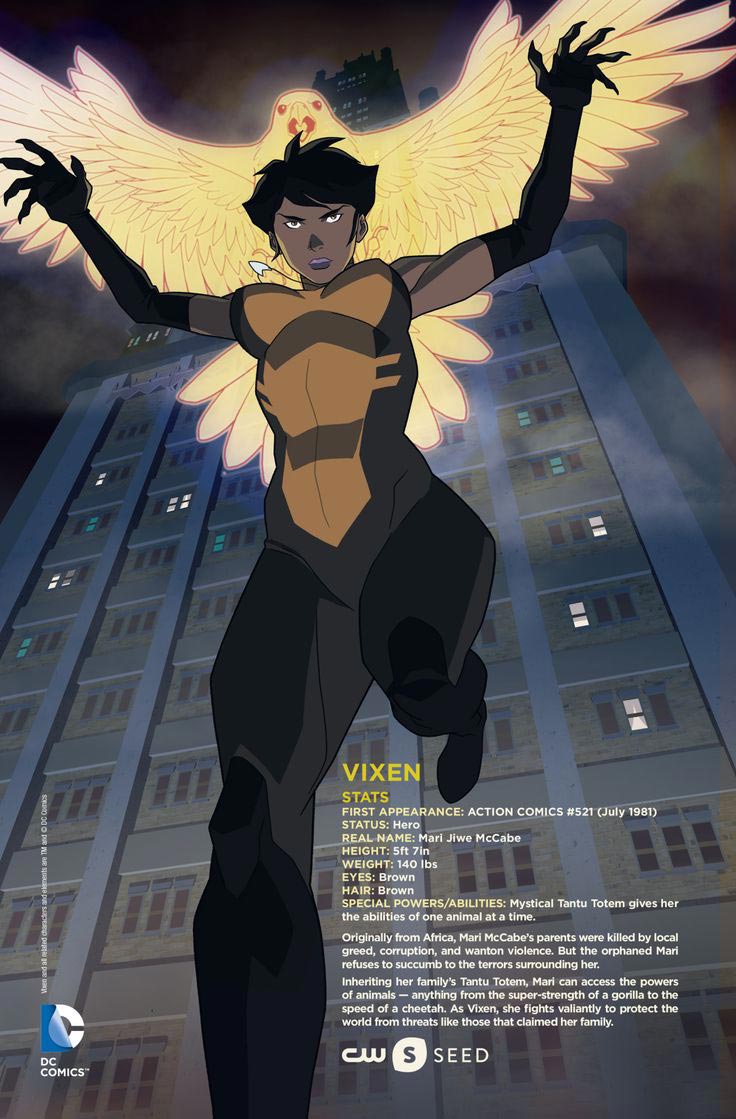 How have you felt about Mari since you first encountered her? What do you feel she brings to the table regarding the representation of Black women in comics? Let’s talk it out on Twitter at @80Grey and spend some time getting acquainted with the rest of the Representation and Health Black History Spectacular!

And if you want to read more about Vixen’s creation, check out our interview with one of Vixen’s creators, writer Gerry Conway! 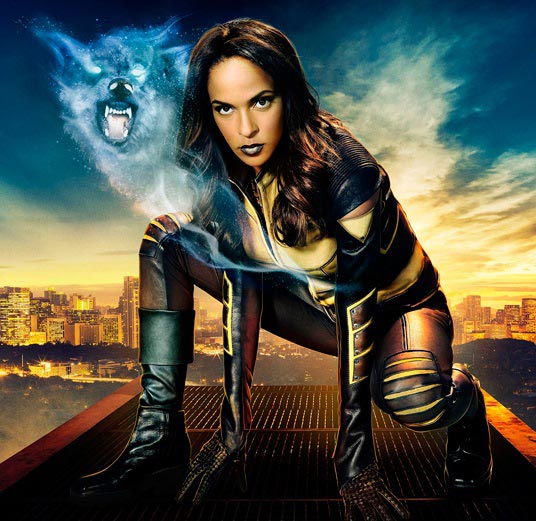 Vixen makes her debut on ARROW Wednesday, February 24 at 8:00pm ET/PT on The CW