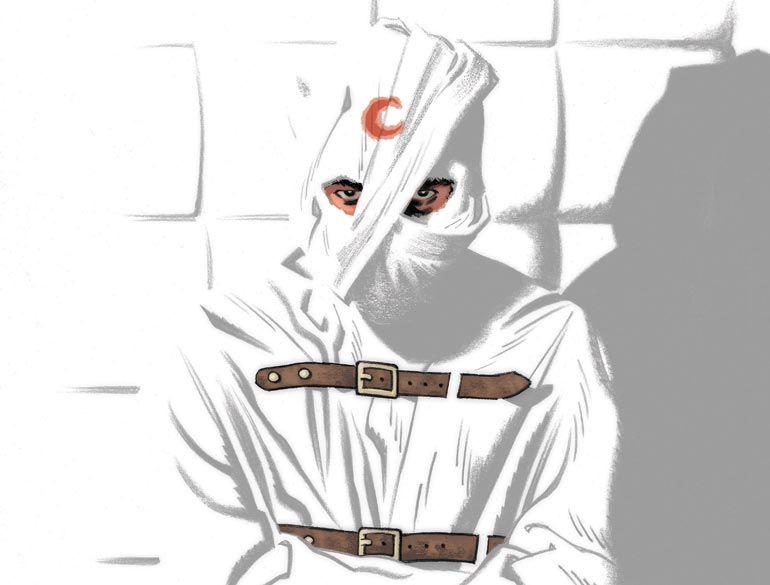 I introduce you to a special installment of Representation and Health 101! We’ve seen how various characters and identities in comics have brought to light just why representation matters and how that relates to our health. However, this is a slightly different spin.

Mental illness in media is commonly exaggerated in a way that would make my caseload balk. Not all people with schizophrenia experience hallucinations. Not all depressed people stay in bed. And not all people with obsessive compulsive disorder (OCD) are afraid of germs.

Unfortunately, most portrayals of mental illness are done for entertainment value, not for accuracy, and people who live with them often find this disheartening or dehumanizing. Comics, I’m sad to say, are no exception.

One of the biggest examples of this dilemma is Marc Spector, aka Moon Knight. He has previously been characterized as “schizophrenic” due to having multiple manifesting personalities. But, hold up? That’s schizophrenia? Nope, it’s not.

Schizophrenia addresses symptoms where people are out of touch with reality, experiencing hallucinations, perceiving sensory stimuli that is not truly there, or delusions, beliefs that can be possible but are not realistic or based on fact in an individual’s life. In what is called the Schizophrenia Spectrum, there are many disorders that have these features, including schizoaffective disorder and schizophreniform disorder. Also, these features, called psychotic features, can occur in the context of depression or bipolar disorder. 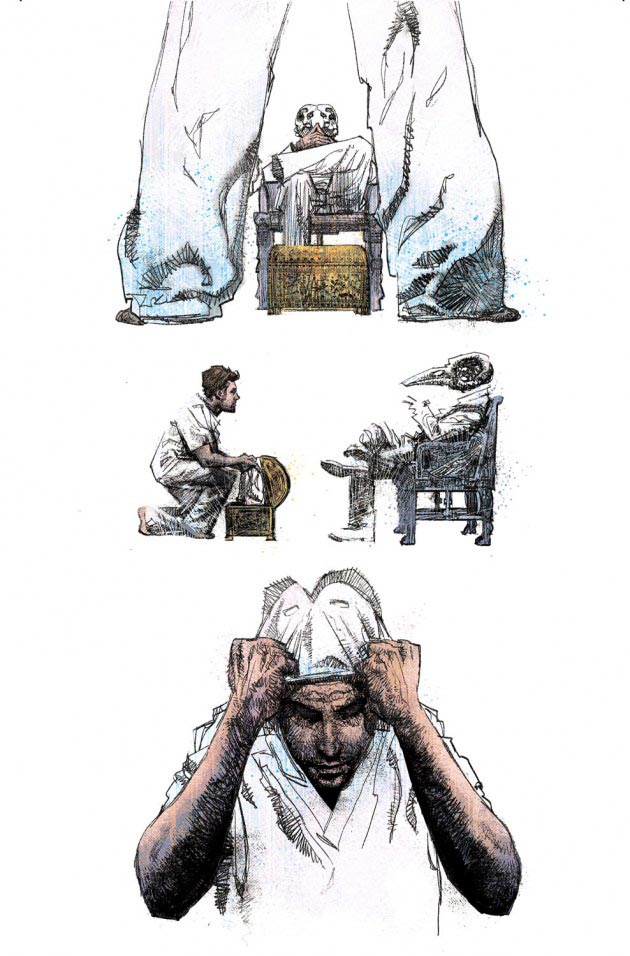 DID is relatively rare, but possible and rather distinct. All of this points to some rather colorful use of mental health terms to make a character more “compelling,” forgetting that doing so out of misinformation is not helpful or really accurate.

Beyond improving representation, we must remember that as people and a community it’s easy to be dismissive of the variety of emotional symptoms that people experience. Whether we recognize things as diagnosable or “just anxiety,” the attitudes people hold as creators, readers, and everyday people can negatively impact those with mental illnesses. The distinction between a clinical diagnosis and everyday experience is often not so distinct. Sometimes, depression and anxiety DO interfere with your work, and powering through seems simple, but the execution is far more difficult.

This is also a regular discussion I have with my clients. I know that the remedy to depression is to “do,” yet I also recognize that the emotional and cognitive parts of depression make “doing” just that much more onerous, such as cycles of thought that are self-defeating or that exacerbate anxious symptoms. Thus, not only do we have to address the culture that says “buck up” with regards to emotional strife, which further stigmatizes mental illness, but this discourse also makes better representation of mental illness in comics that much more important. 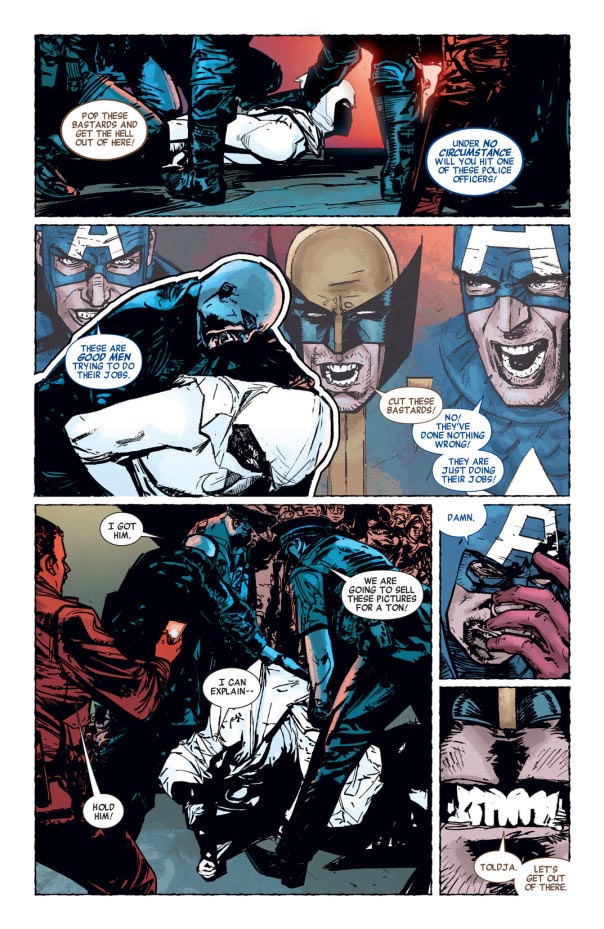 Enhanced discussion and framing of mental illness in comics is necessary so that issues like those with Marc Spector don’t happen, or are at least less likely. However, these conversations can occur outside of comics, too, and they don’t always have to occur in the context of this medium.

Over in the Twitterverse, our resident advocate and creator Vixen has started a weekly discussion on Thursdays at 7p EST about various aspects of mental health. As a clinician and someone who contends with anxiety, these discussions are lively, loving, and most of all informative. There’s a network of support and love within these conversations, and Vixen does amazing work to throw out resources to help individuals through strategies and hotlines they can use to manage or reduce their symptoms.

Bat-writer Scott Snyder stopped by a couple of weeks ago to discuss how he experiences anxiety and depression and what he does to manage them. By exercising and spending time with family and friends, he helps himself stave off some of the effects of his emotional symptoms. 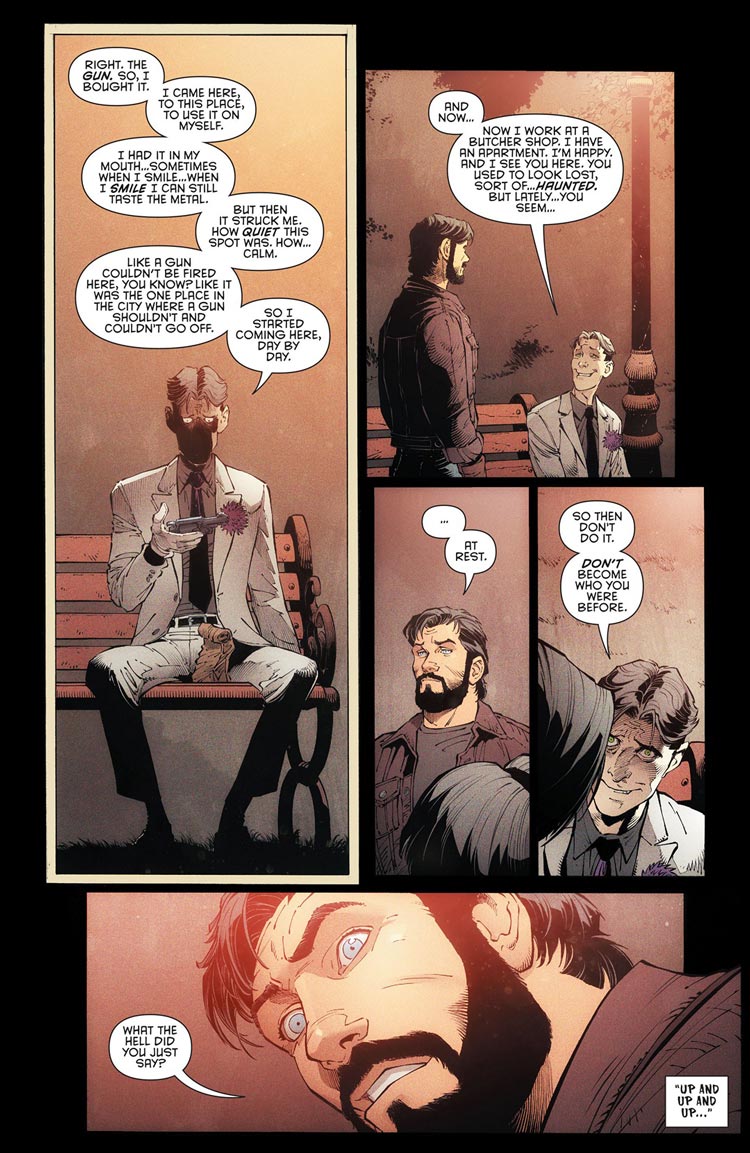 Snyder also spoke on the value of being real but gentle with yourself and finding a way to get help. As things like depression and anxiety affect many parts of our lives, they also come alive in our stories. Creators’ own experiences with mental illness can provide a door to better showing these issues, but we must also recognize that sometimes creating is not the avenue through which people heal from what ails them.

These frank discussions are vital for addressing not only why we need to destigmatize and be open about mental illness, but why the comics front as a whole could use a reshaping. Instead of calling multiple personalities “schizophrenia” or using bipolar in the wrong context, we need to talk about Wanda taking antidepressants and how that changes her life or have a character who experiences real OCD and is not just inordinately neat (there’s a difference). This narrative outside the cover of a comic influences creators to better enhance the story on the pages. Increasing knowledge of mental illness not only corrects assumptions, but makes sure people with them are represented more accurately.

To wit, a story appears in the second issue of Rise: Stories Against Bullying called “Aura” which addresses Bipolar Disorder. This story, by Dr. Vasilis K. Pozios, Marguerite Sauvage, and Rachel Deering, details a day in the life of Alexis Pope, aka Aura, and gives us a brief glimpse of her journey to treatment. She speaks on stigma, telling others about having a mental illness, and the process of psychiatric care. Many of her words resonated with me because they were words I’d heard nearly verbatim from my own clients. 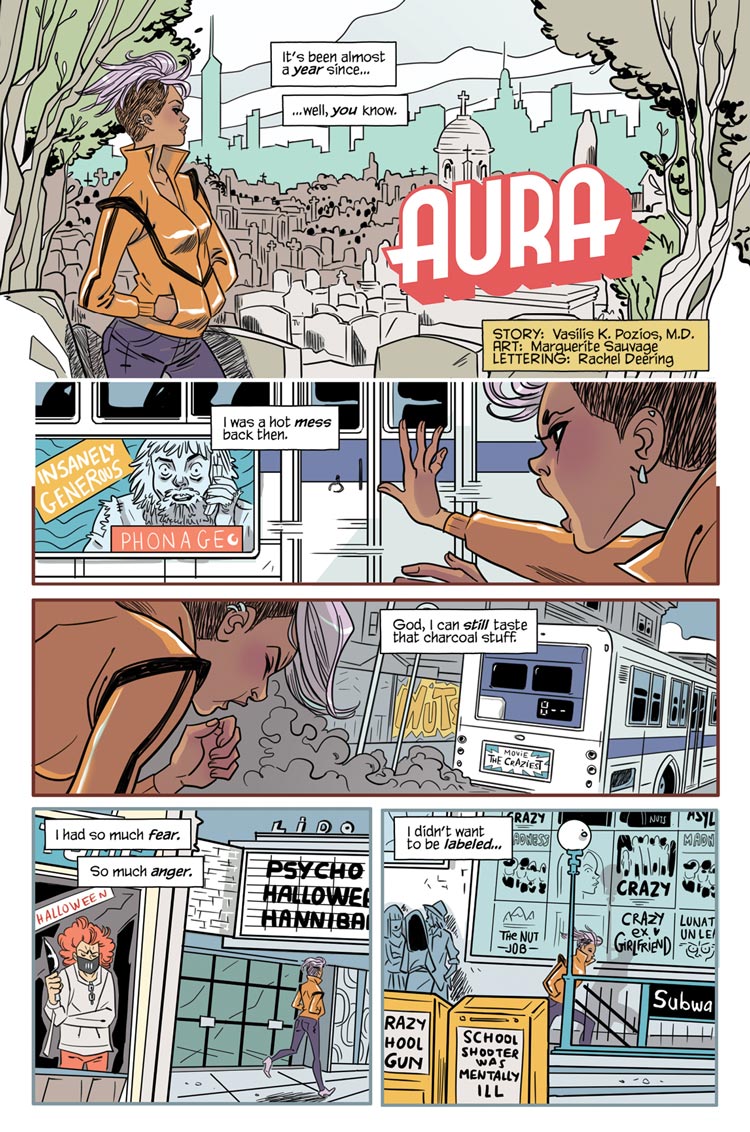 Stories like “Aura” are important because they’re real and real people have these experiences. Using words like insane (which is wrong in this context anyway) or “bipolar” to describe people is harmful, and the time it takes to fine-tune care sometimes causes more pain than relief for people.

I hope that more stories like “Aura” get published that not only educate the public, but help to affirm those with mental health diagnoses. While I like the little nods and mentions in comics Scarlet Witch #2, when they’re done right, we need a larger discussion. And, I promise you: Just as diagnoses exist in the context of people’s everyday lives, they can be seamlessly woven into stories.

What are your thoughts about the portrayal of mental health in comics? When do you see it done in a way that is accurate and humanizing? What stories do you recommend that address or discuss mental illness? Let me know on Twitter at @80Grey and

PLEASE check out #MentalHealthMeeting on Twitter. The major discussion is on Thursday, but there’s always a conversation going and helpful information Vixen is putting out.

Let’s do our job to help not only ourselves but the people around us who live with mental illness, in comics but also in our everyday lives.