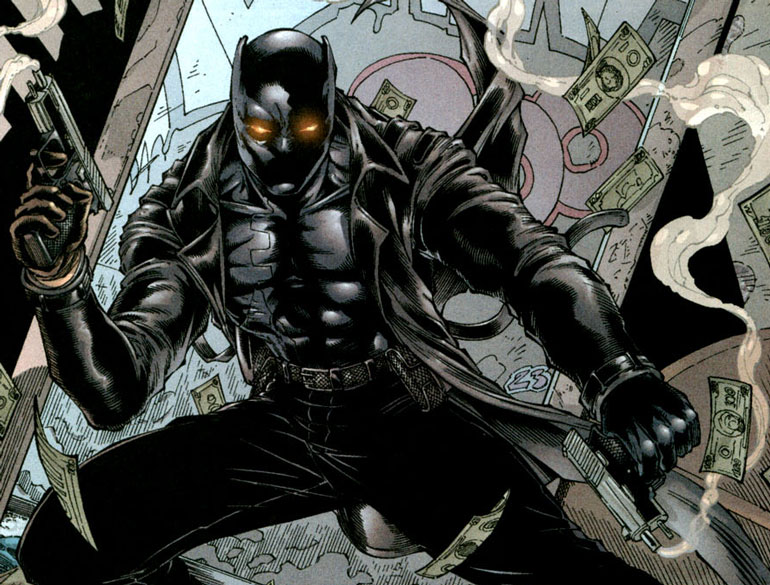 Last time in this column, I talked about it evolving. As such, I’m not going to always highlight a character. Instead, I may even talk about specific creators and how they play a role in this connection between what’s on the page and what’s in our daily lives.

For the first column of the year, I reached out to Comicosity Senior Editor, Matt Santori, who was curious about a certain creator. So, this time in Representation and Health we are going to discuss Christopher Priest, or Priest as many of you have known him, and how his writing contributes to health and healing.

Priest has simply done so much stuff that it’s hard to boil down his work to a few sentences. Under the name Jim Owsley, he started work at Marvel as an editor, eventually arriving at Spider-Man and his accompanying series in the 70s-80s.

This was only the start, as Priest went on to write for a slew of series through the years, most notably Black Panther, under the Marvel Knights imprint, as well as Captain America and the Falcon, Power Man and Iron Fist, and Quantum and Woody, he creation along with Mark Bright. 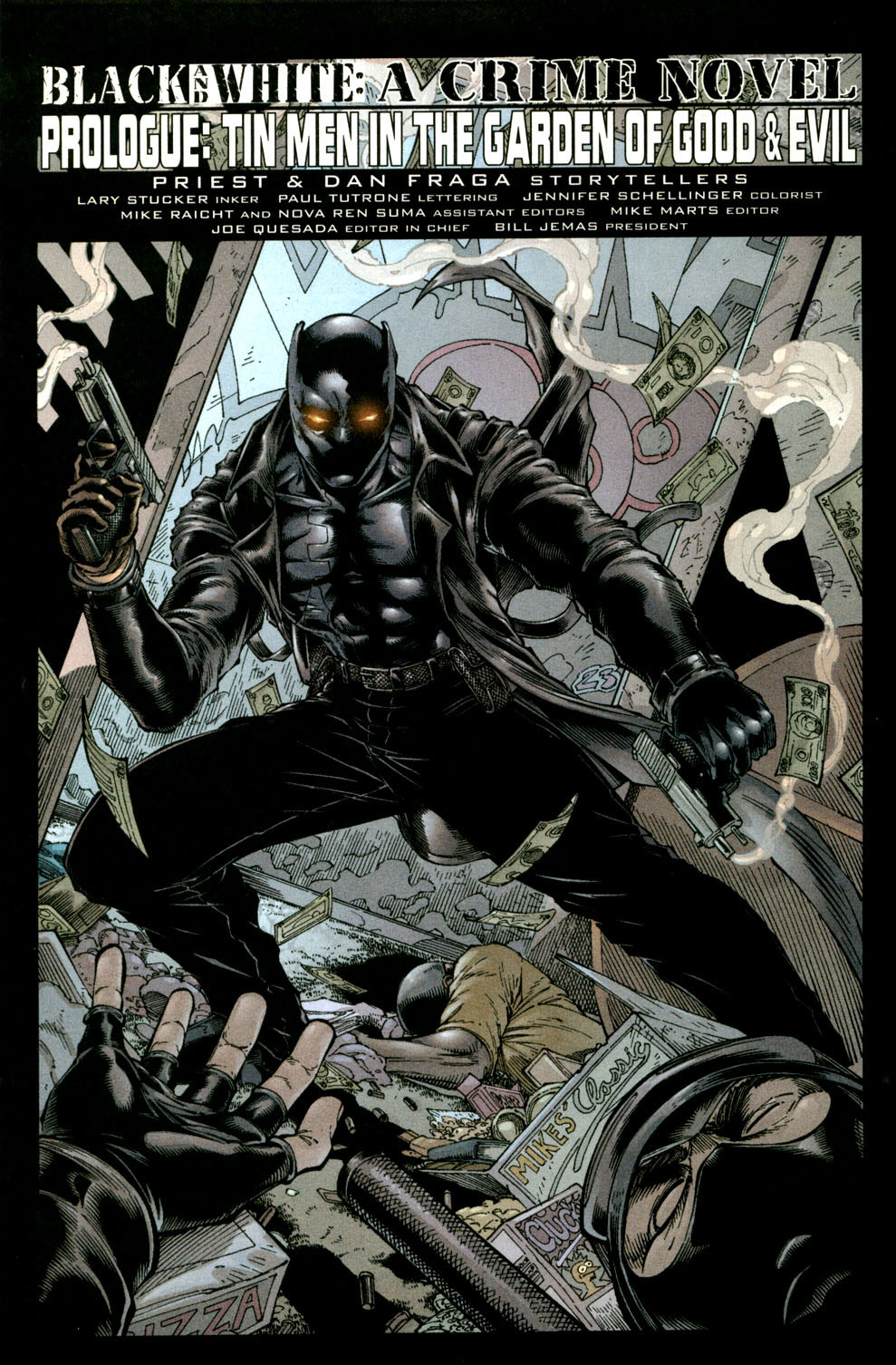 Most recently, Priest has taken to writing the ruthless mercenary Deathstroke in his self-titled series. His work dots much of modern comic history and begins to point us to the importance of this writing.

One of the major facets of Priest’s writing that stands out is his capacity to write a multitude of characters from a multitude of backgrounds. It helps that he has a knack for writing about international settings, or those within which there is regular interaction of diverse people. His characters have personalities that are palpable and which drive anything he writes. 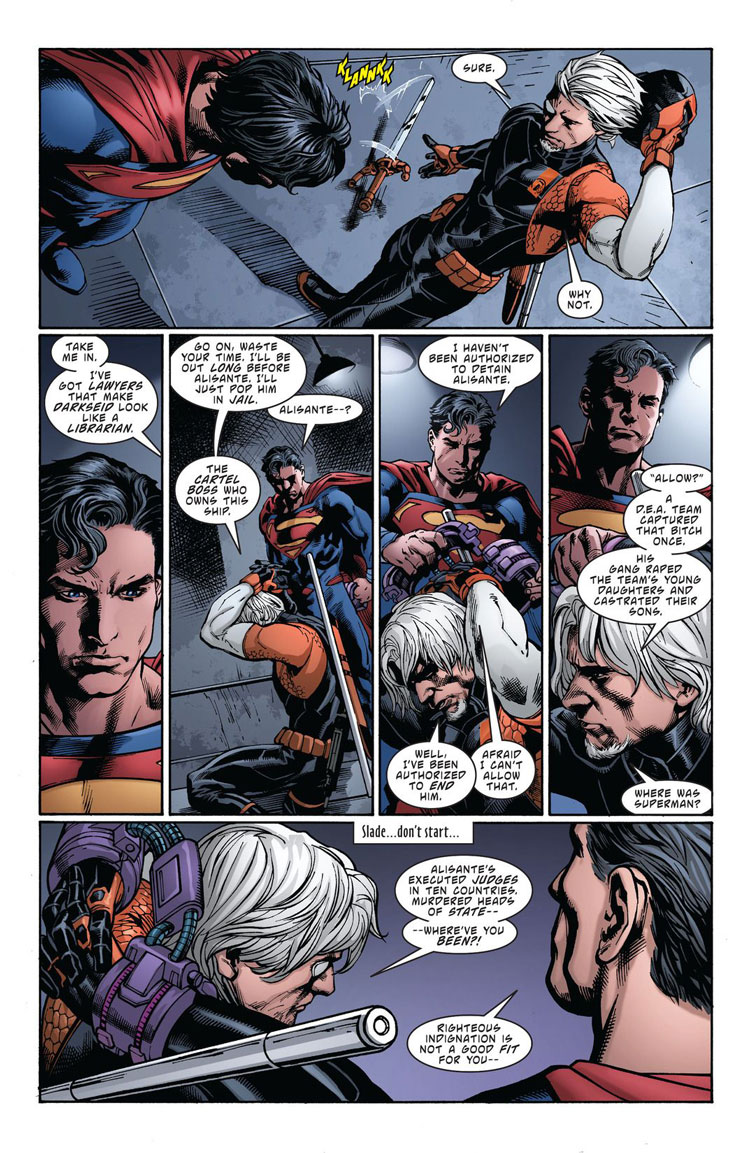 Reading through his catalog, I was amazed at how these themes permeate his work, regardless of when they were done. Priest’s skills at adapting a story from such vastly different perspectives are part of why I feel his work contributes to comics being tools for health and wellness.

Many comic creators exhibit difficulty with writing genuine characters, especially those who are different from them. It’s also not uncommon for characters to read as ostensibly white, despite how they appear on the page. 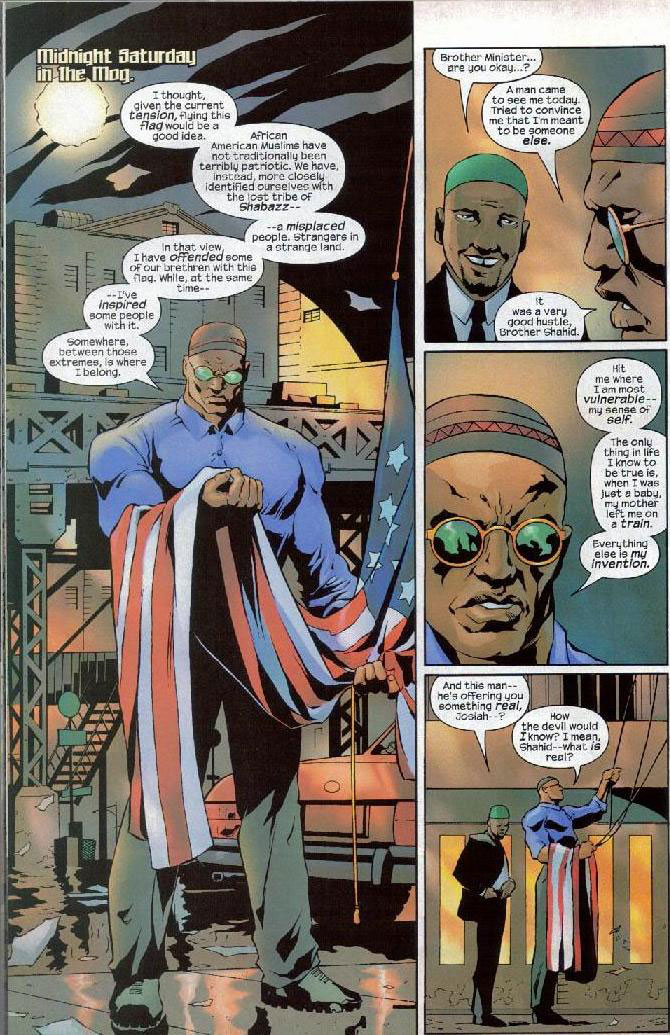 Priest, however, demonstrates an ability to intimately create characters who represent the wide array of humanity. Black, Asian, and Latino characters all feel different and real within these vast landscapes of his stories. I find it refreshing, too, that Priest is able to incorporate different kinds of people and cultures in his stories, a feat which is unfortunately uncommon, especially in the common comics landscapes.

However, there’s an important kernel of truth that underlies Priest’s writing with regards to culture, especially race: as a creator, he shouldn’t be shoehorned into to being the “black dude” who writes “black stories.” 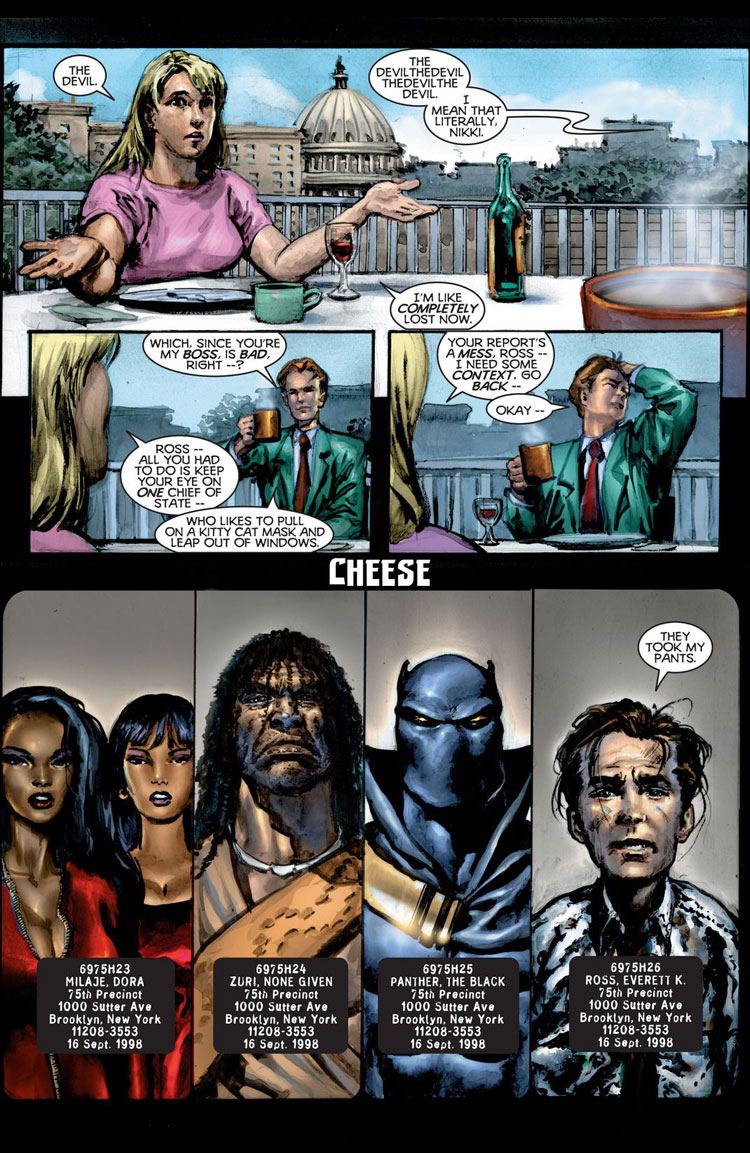 Priest is rather open about his feelings on racial politics, something which is important to consider when you read his work. Just because he’s writing a black character doesn’t mean the story is going to center around a black narrative, and this shouldn’t be an express requirement for any creator who is from a marginalized group.

It’s easy for people, particularly white people, to assume that stories with black protagonists or largely black casts are going to be about black politics. This idea is erroneous, in that, for one, we deserve a break from the harsh realities of race, and two, we should have the freedom to create stories that don’t have to discuss blackness as a sociopolitical reality.

In this manner, Priest represents and candidly discusses a desire to not have to focus on those issues in his writing. This sentiment is one I’ve heard time and time again. 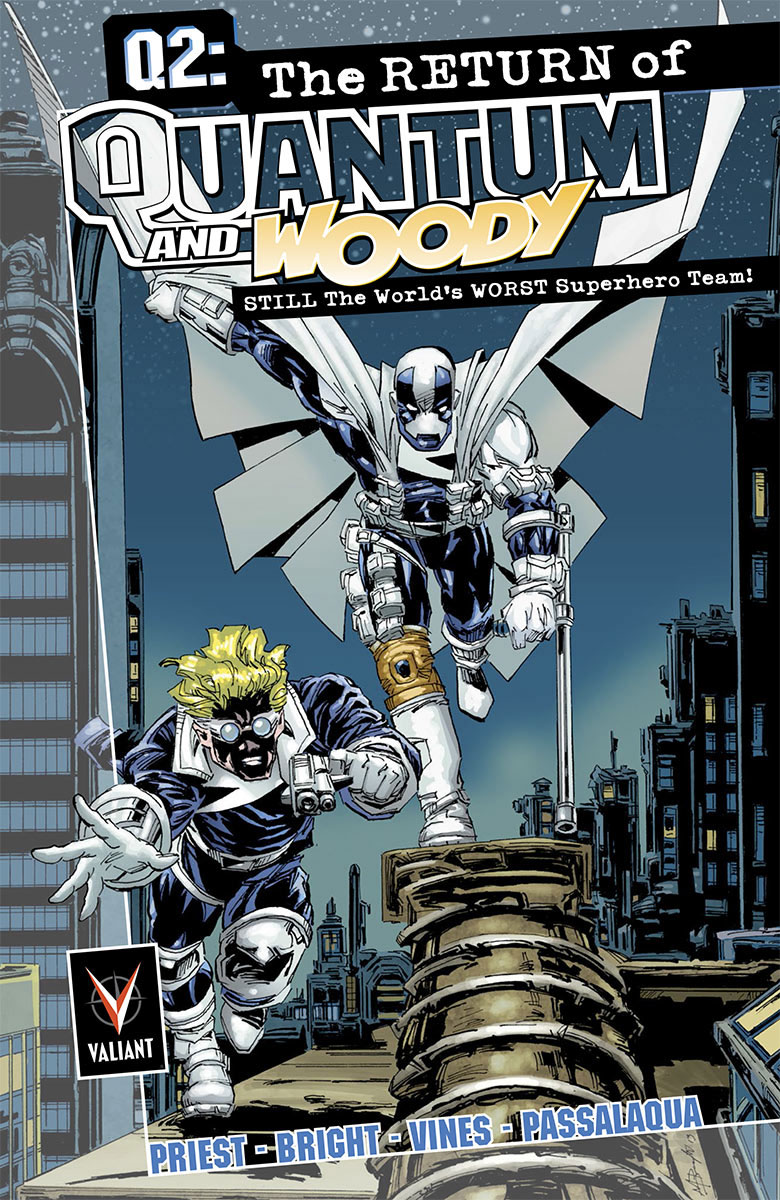 For marginalized people be constantly forced and confined to only discuss their creative works in the context of social issues is to limit them, yet that’s exactly what many privileged people think should happen. Or, when they see a story that doesn’t have people like them, that’s what they’re going to assume will happen.

While I value sociocultural narratives and find them fascinating, important, and engaging, I also understand that asserting this requirement on marginalized creators is akin to working within the same systems of oppression which only see one facet of our existence and not its holistic nature.

Priest’s contribution to comics and well-being is not only the organic nature through which he expresses characters, allowing people to potentially see real glimpses of themselves and their lives, but the representation of opportunity to tell the stories we want to tell. He is also open about the reality of race in comics and how white creators and editors can place creators of color in boxes regarding work and assumptions. 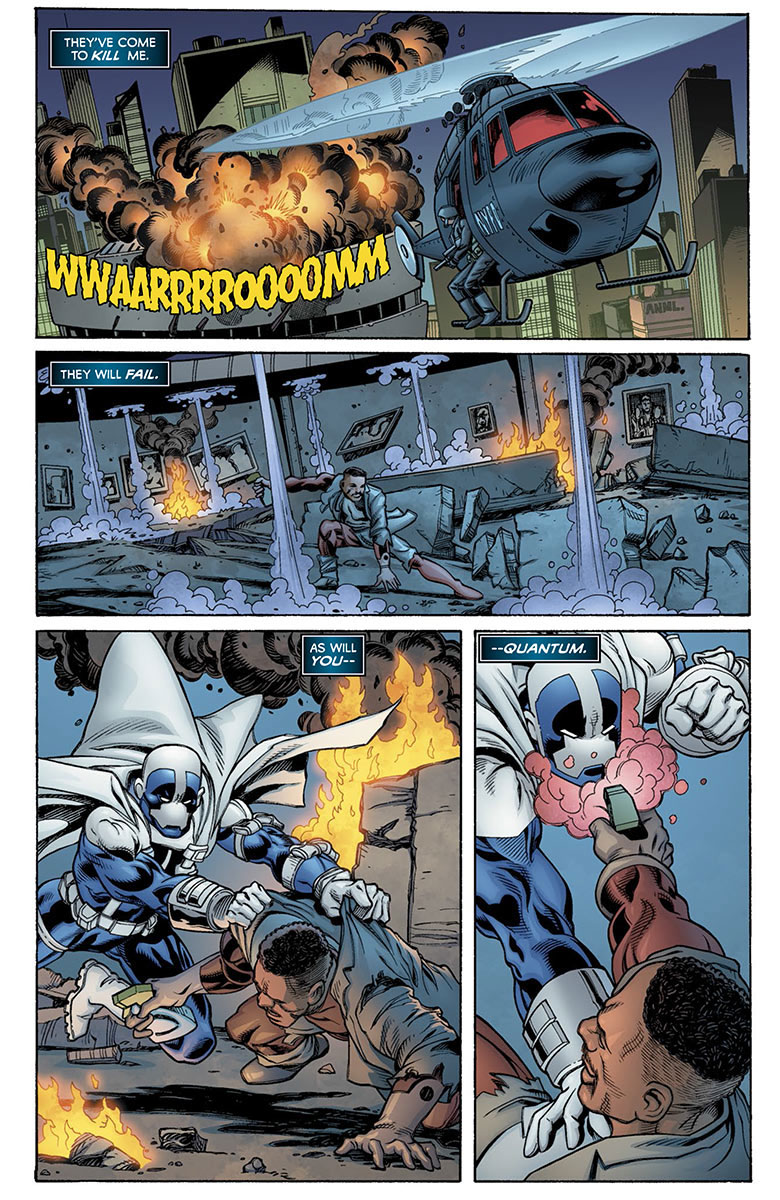 When we discuss representation and how the industry, both on the page and in the office, manifests itself, we must also remember that restricting narratives to only having to be about creators’ identity is not more helpful. In fact, it’s likely to have an effect on their work to where their stories and talents cannot fully assert themselves.

I think the people who want to write political stories, whether directly and intensely or through the use of symbols, will do so. In fact, many marginalized creators take that focus. Yet, as Priest says, that doesn’t have to be the only way they tell a story. Representation of characters and creators is vital, and sometimes I wonder if to the extent that the survival of comics will and does rely on them. 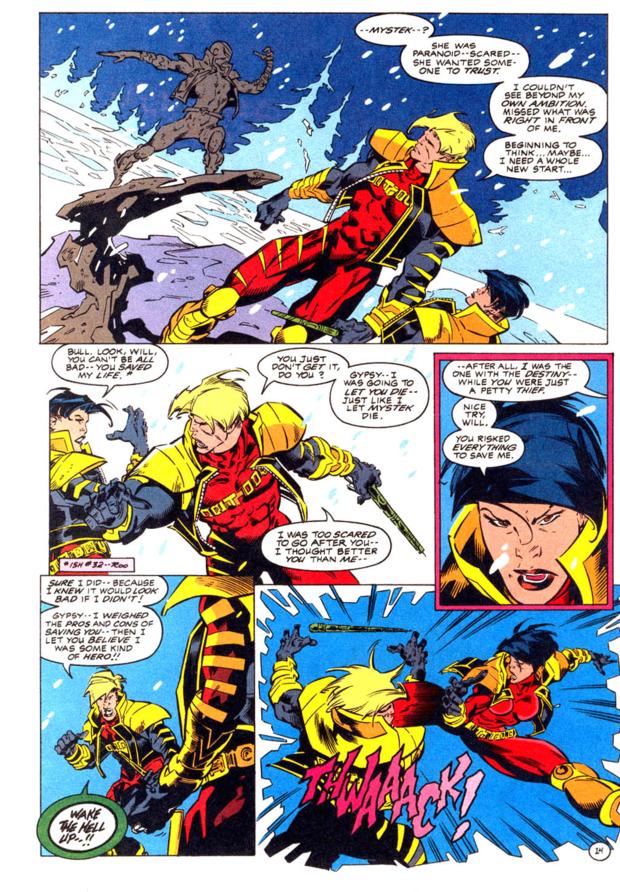 Yet, within that paradigm, it can’t just be finding a black creator to write black characters or black stories, though I’ve also discussed why that match is important. No, what needs to happen is allowing the opportunity to organically tell those stories and more. We need a diversity of creators on all titles, not just the ones with marginalized characters, and especially on big titles which rarely, if ever, see diversity beyond white cisgender heterosexual men. Priest points us to the intricate nature of race in comics, reminiscent of the issues in other marginalized identities in the industry.

What do you think about Priest’s work? How do you see race playing a role? What do you feel is important regarding marginalized creators in the comic industry and the stories they tell, political or no? Let me know on Twitter at @80Grey!