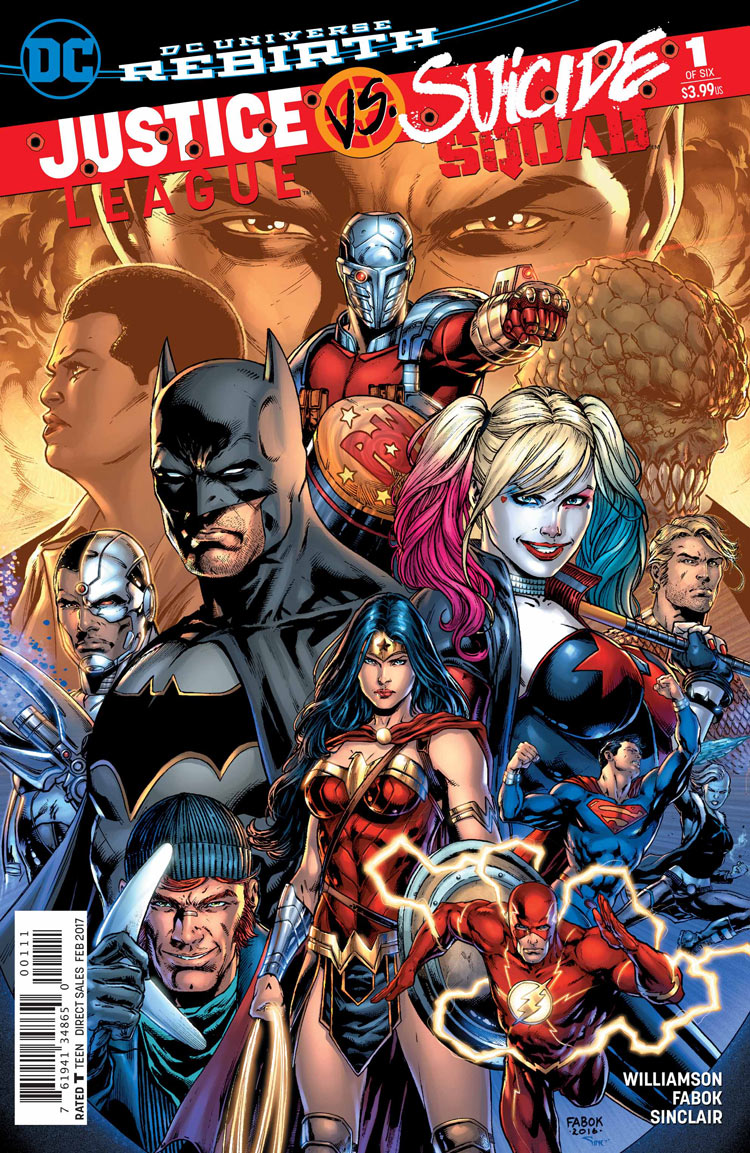 Alright, I got that out of my system. Let me say straight out of the gate that this is the first time since The Darkseid War that I have been excited about a comic with “Justice League” in the title, and it didn’t disappoint me one bit.

Flash scribe Joshua Williamson teams with artist extraordinaire Jason Fabok to deliver the issue setting up what is primed to be one hell of a rumble between two of the most powerful crews in all of the DCU. Williamson and Fabok build the scene nicely, sending the Squad on a very plausible mission for their unique situation and skill set, which acts as a good primer for people who aren’t all that familiar with what it is that they do. This, of course, puts them at odds with the Justice League and their sense of, well, justice and magic happens. Magic in the form of the mighty Jason Fabok artwork being unleashed upon our eyes.

Fabok’s work in this issue continues his streak of kicking ass that started in the previous volume of Justice League. This guy is one of the best artists in DC’s ranks, hell – all of comics really, and he shows why here. His pencil work is phenomenal and this issue gives him several opportunities to cut loose with the dynamic characters that make up these rosters. He captures the different attitudes of the Suicide Squad and the Justice League well, with the Squad just the right amount less polished and more volatile. Sinclair’s colour work enhances his art very well, and the two deliver a top tier set of visuals here.

Joshua Williamson’s scripting and dialogue are strong, working in perfect tandem with Fabok and not overshadowing the big, action packed moments with excessive dialogue. Williamson’s voices for these heavy hitter, high profile characters are on point and you can buy the situation he and Fabok are delivering that would put these two factions at odds with one another. This is not a thinly plotted “let’s make the heroes fight!” storyline, because Williamson fleshes out the conflict well. The reveal at the end of the issue really drives home that there’s going to be a lot more to this event than the Squad and League beating each other to a pulp, which gives me a lot of hope for the series going forward.

Justice League vs. Suicide Squad #1 is a big league book, the first event post-Rebirth, and Williamson, Fabok and Sinclair deliver a thunderous first issue that is a big-screen, action-packed royal rumble for the ages. I’m excited to see where they take this one, they certainly grabbed my attention with this first issue.