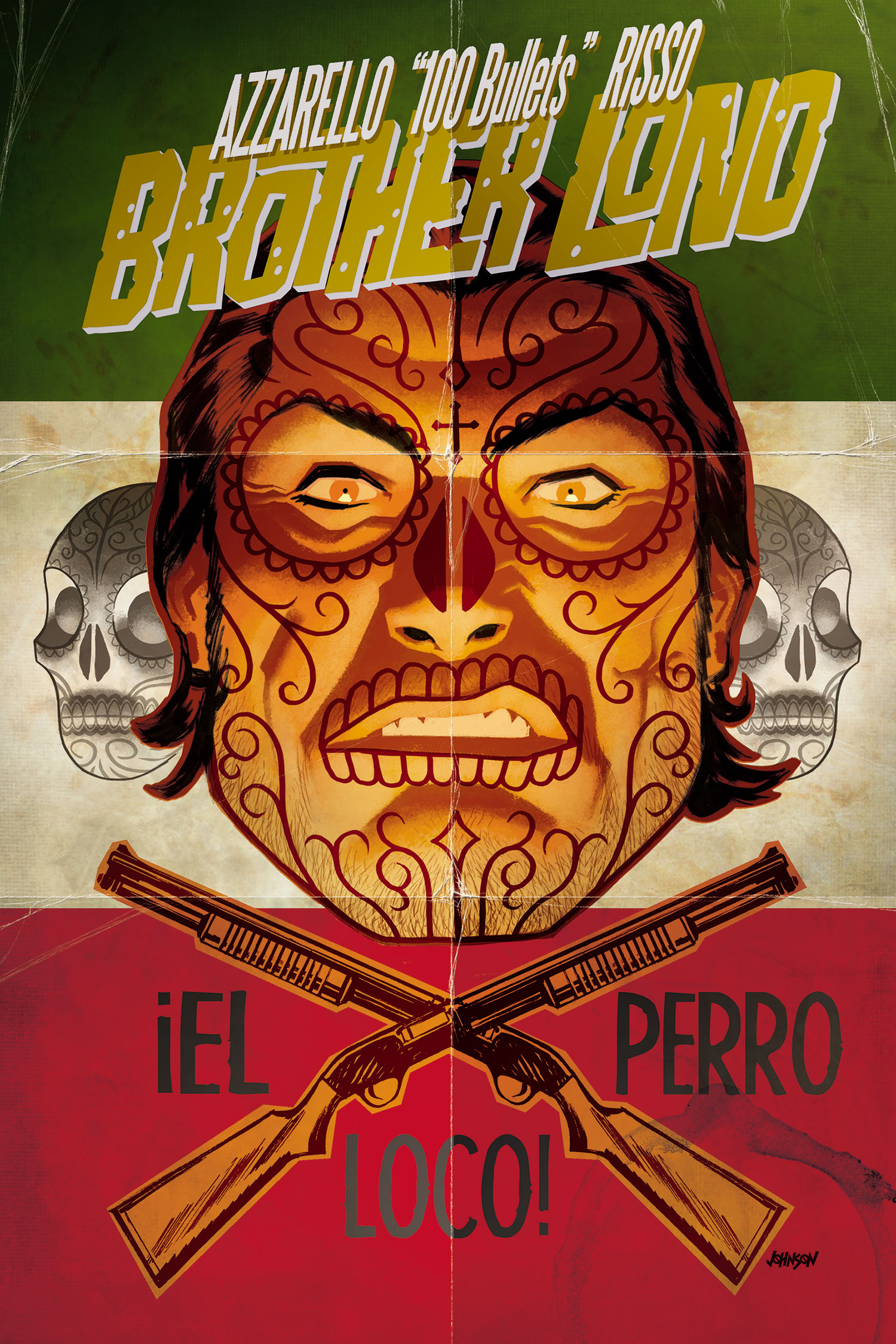 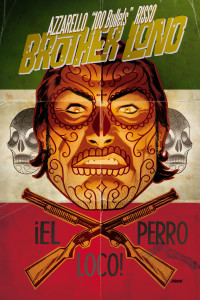 A man with a complicated, deadly past. A young nun arriving under mysterious circumstances. A drug cartel with shadowy connections to the local priest. And an orphanage full of children just waiting to become waste.

So begins Brian Azzarello and Eduardo Risso’s latest collaboration, Brother Lono, a sequel of sorts to their acclaimed 100 Bullets series, and a significant criminal melodrama in its own right. The collection focuses on one character from the previous series, the surviving Minuteman Lono — although “surviving” is relative when faced with the desolate Mexican setting of the title and its ethically decrepit residents.

It’s one of the things I appreciate most about Azzarello’s creator-owned work, that ability to represent an entire cast not just in shades of moral grey, but tones of deep black, and still have characters that compel the reader to feel for their struggle. Lono is the white knight of the story — dressed appropriately in pale shirt and pants throughout — but we still know he is deeply troubled and merely the best of a bad group of players. Azzarello gives us a unique view into the Minuteman’s head, as we see Lono’s dark fantasies of death, destruction, and even conversations with Christ weave in and out of the real-time narrative. This is clearly a man who imagines a moral turnaround for himself, but recognizes its discreet impossibility, and ultimately may choose to make the best of a bad situation instead. 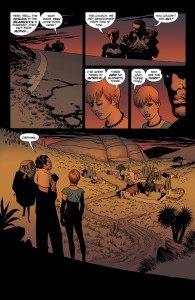 The writer fleshes out the story with a cast of complex characters on both sides of the conflict’s fence, giving us a peek into the reality of both those who run the church’s orphanage and acreage, and the cogs in the machine of the Mexican drug cartel living in concert and conflict with the former. We get a palpable sense that no one is truly innocent, and yet no one is fully in control of their own destiny either, and the choices they make — including that of an undercover DEA agent — are not fully up to them. The system is bigger than any one person, and you can either get swept up by it, or swept away.

Risso plays this feeling up to its greatest effect, rendering every player with his characteristic expressiveness and dark tonality. You can feel Father Manny’s desperation grow as the series goes on — it’s written all over his face in contortions and soulful eyes that make the character at once feel stricken but also push past sympathetic into lost cause. Lono’s strength is in evidence most, his frame dominating every scene and panel he appears in, and yet, we never get the sense from his illustration that he’s fully in control of anything around (or within) him either. He’s a man slightly too big for the clothes on his back, and slightly too far gone to be the angel he imagines he could still be. And so much of that narrative occurs strictly in Risso’s pencils and inks. 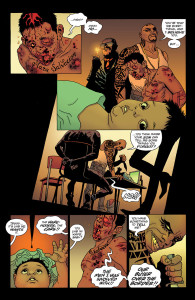 Suffice to say, Brother Lono is also a devious showcase for Risso’s exceptional work on depicting violence. The pages of this volume are littered with blood, bullets, amputation, torture, guts, and even a man skinned alive as a well-taken warning. This is not a story for the weak of stomach, but there is a certain grotesque beauty to the way Risso captures the bodily devastation delivered by the cartels. His style represents the best of the attract/repel phenomenon in art, and he makes his choices carefully. Unlike many contemporary comics, temporary (or diminished) shock value isn’t a factor here. You feel every single torture or death as if it were solitary and real. In a book filled with violent acts, that’s a pretty tough thing to accomplish.

Fans of 100 Bullets will certainly find much to love about Brother Lono, in following one of its fan favorite characters into his new status quo. It’s worth saying that a pre-knowledge of that extensive series isn’t absolutely necessary, however. If you enter the story with a vulnerable heart (ready to be ripped out) and an open mind (beware those dark daydreams) and enjoy the series for its noir Neo-Western influences, you’ll come away with a gripping drama that may or may not make you cry yourself to sleep that night. Or at the very least, keep one eye open for a bit.