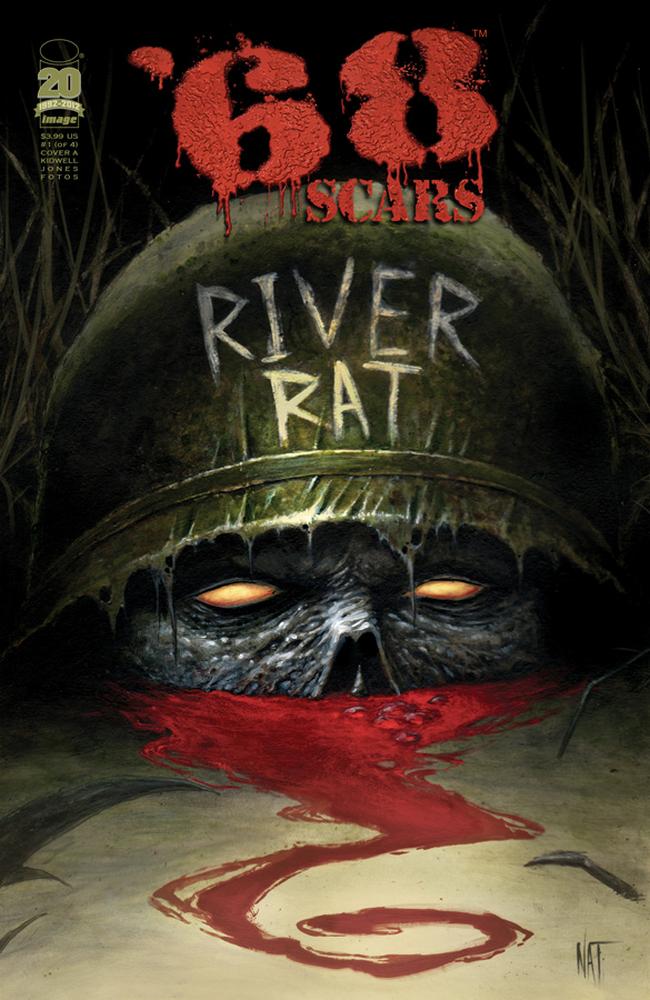 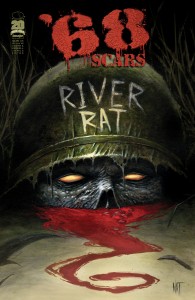 I will admit to being a fan of stories based around the Vietnam War. It is an interesting backdrop, and there have been many great movies and comic books that have taken advantage. The ’68 series is one of the latest in that long line.

The writing in this book is incredibly detailed. Kidwell has obviously done his homework, and it helps to put you into the right frame of mind to read this comic. He is trying very hard to give each character a voice of their own, and while there are some I don’t care to listen to, I respect his attempts to create variance in his characters. I really like the way he integrates zombies into the series as well.

The art has a nice look, with a significant amount of gore thrown in. Jones is a burgeoning horror artist, and a zombie series really allows him to show off. There is also a great amount of detail in his drawing of the more horrific elements of the story. If I had one complaint, it is that some of the faces look very similar, leading to confusion as to who some of the characters are.

One of the challenges of doing a Vietnam War tale, is that so many stories have already been told about this period of history that it can be hard to find a new angle from which to attack a series. The zombies add a great hook to a book that doesn’t necessarily focus on zombies, but on the characters in the Vietnam War.