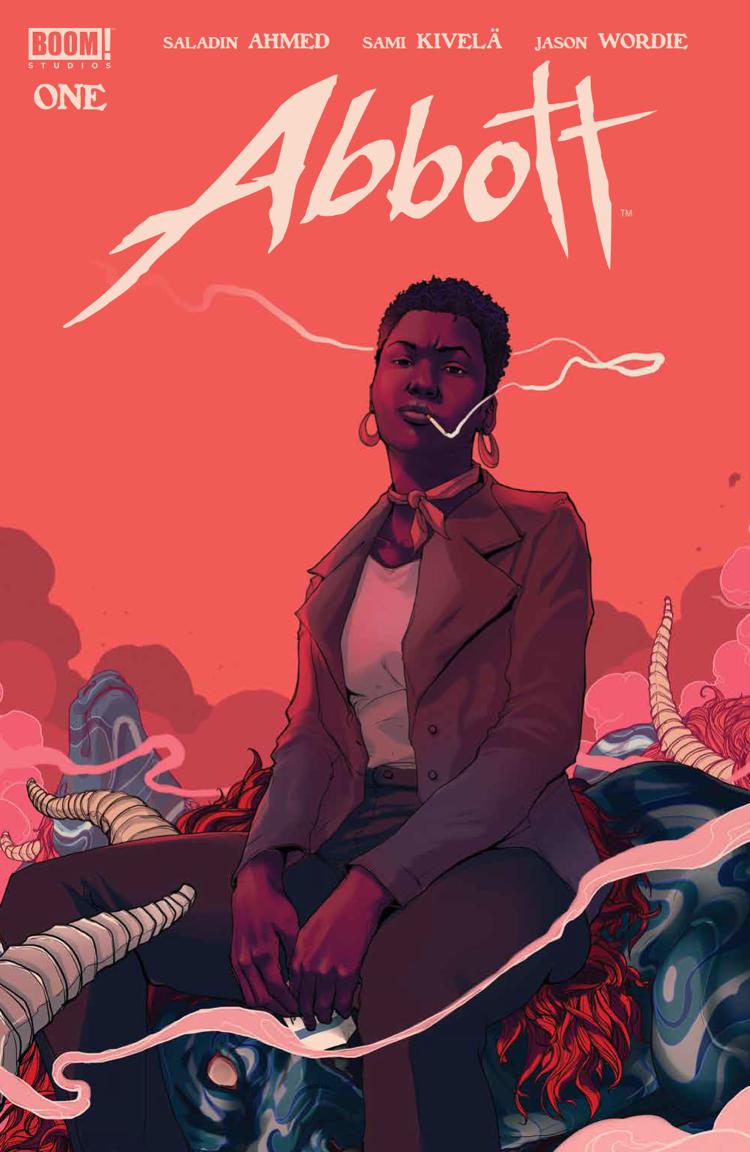 With Abbott, readers are immediately transported into a world we all know from gritty cop shows, a world that feels like it is filled with the likes of Dirty Harry and Charles Bronson characters. Abbott is the best reporter in Detroit but faces brick walls at every pass due to the fact that she is not only a woman, but also black. The setting is filled with palpable tension, and what punched me in the gut throughout this comic was how Ahmed showed how little has changed between 1972 and now. Some of the language may have changed, but the attitudes, sadly, have not.

Abbott rises above the racism, sexism, intolerance and bullshit, kicking ass and challenging the status quo. She is the picture of strength, and in a single issue I can say that this character is inspiring. Her strength and determination are unwavering, only challenged when facing things from outside this world…

The addition of the paranormal angle is a great one, and while we only get a glimpse in the first issue of what may come in Abbott, it is more than enough to have me completely hooked. What impressed me most about this story angle is that it fits. It doesn’t feel like two separate comics or like mystical/fantasy elements are out of place in Abbott’s world. This is fantastical realism executed brilliantly.

Ahmed’s writing is stellar, and Kivela and Wordie deliver on the visuals. They channel the 70s brilliantly, and when the fantastical comes into play, it leaps from the page. Kivela’s pencils are rock solid, showcasing Abbott’s strength at all times. He captures the grit and horror of the crime scenes, the horror and grit of Abbott’s editor’s office, and the unique vibe of the 70s with great pencil work from start to finish. Jason Wordie’s colour work takes the pencils to the next level, driving home the right mood at the right time. I’m excited to see what they bring to the table with issue #2.

Abbott #1 is a shining beacon of awesome storytelling. Ahmed, Kivela, Wordie and Campbell have one hell of a tale they are building, tackling hard topics in an engaging setting. Read this comic. You won’t be disappointed.