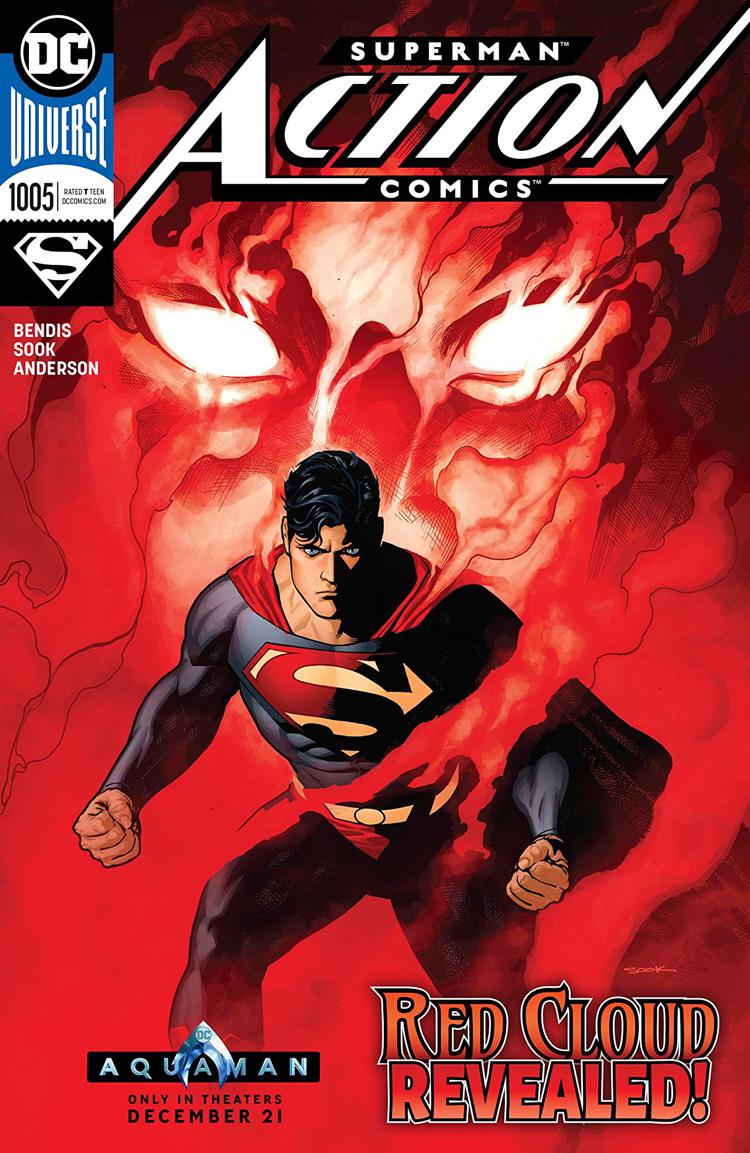 The Rebirth era of Superman caught my attention and held onto it through the entire run. The Brian Michael Bendis-written era of the Man of Steel, however, has been a bit of a take-it-or-leave-it for me. I’ve continued to check in on the books, but I haven’t really gotten overly excited about any of the chapters.

Drawn by Ryan Sook, colored by Brad Anderson, and lettered by Josh Reed, Action Comics #1005 is an easily approachable middle (near-end?) chapter in an ongoing tale.

Recent issues of Action Comics have opened with peeks onto the desks of Daily Planet staffers, which is a fun commonality for the individual issues and might serve as nice milestones in the eventual collections. An entire review could be written about those alone, but I’ll just leave it with letting you know that Action Comics #1005 features Lois Lane’s desk, and has references to Kate Spencer, Ray Palmer, and Teen Lantern.

Oh yeah. Action Comics #1005 also has some pages with Superman in it and more about the suspicious fires around Metropolis and the secret criminal goings-on in Metropolis. Sook draws the living daylights out of everything in this comic. The little snapshot of the Atom on Lois’ desk, the H-E-R-O dial in the backgrounds of the opening scene, the Action Comics debut of the Question – all of it is spectacular. Details pile on top of and around other details, making every single page of this comic a story in and of itself.

As a bonus, Bendis adds dialog and moves some of the plots forward while introducing new players and threads. In some panels, he slathers in text, but Sook works well with Bendis, and vice versa, as the heavier dialog spaces also tend to have more shadows. When Superman hits the panels, he only drops nine words over six pages, which is all front-loaded. And those six pages are epic.

Superman battles the Red Cloud, and throughout the entire sequence, Sook and Anderson show off their powers and abilities beyond mortal men. Anderson leans into Superman’s individual palette nicely here, with a strong range of blues and reds, even distinct reds between the Last Son of Krypton’s cape and the wisps swirling from the Red Cloud. The balance of the issue plays into secondary and tertiary colors – but bold – migrating into new palettes that telegraph to the reader that this story is about more than just the Man of Steel.

The last page reveal is a humdinger, wonderfully twisting together the talents of Bendis, Sook, Anderson, and Reed, giving the reader an image that is deceptively simple, wonderfully telling, and powerful. As Reed does throughout the issue, he layers the dialog into balloons, pacing out the speech, in a natural style that allows for respiration for the speaker while maximizing impact for the reader.

Part five of the “Invisible Mafia” story, gave me a nice jumpstart for my interest in the Superman line. I’m in for the next issue, to be certain, and I cannot wait to see more of Superman, the Question, and maybe even Kate Spencer’s alter ego in action in Action Comics.