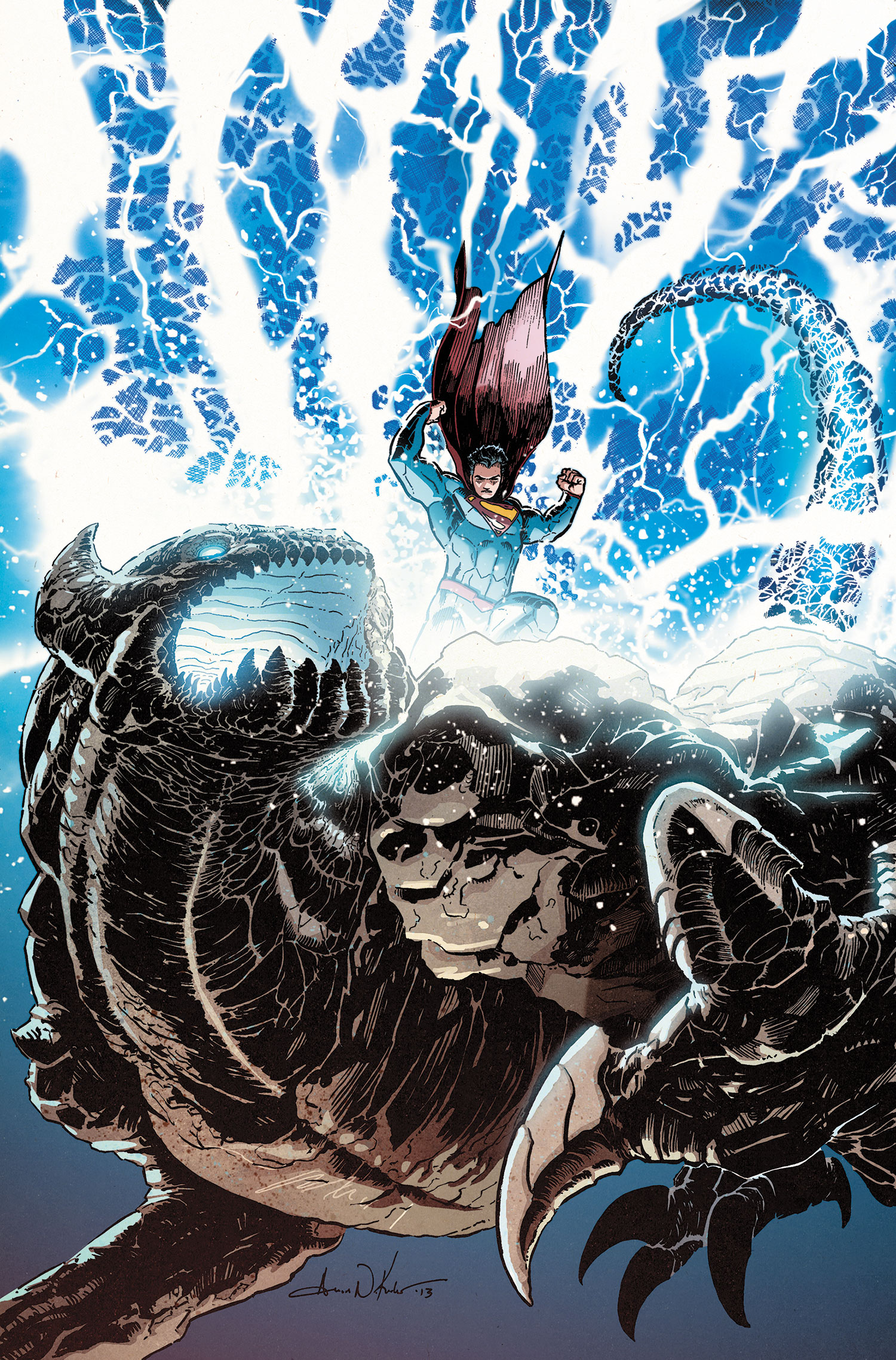 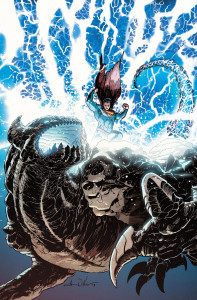 Pak took the reins of the iconic Action Comics with the issue 25 Zero Year tie-in and gave the young Man of Steel a great voice that we haven’t seen in the Superman books of the New 52. That voice continues in issue 26 as Superman fights an unknown alien creature from the depths that hits his empathy buttons, which Pak explores brilliantly. Pak skillfully introduces a new threat worthy of Superman, introducing intrigue and a lot of plot threads to play with going forward. Pak’s voice for Superman, as both Clark & his super-half, is absolutely fantastic and there was an overwhelming feeling that struck me as I read this comic: I want to read this guy. I *like* this guy. This comic isn’t just about him being a powerhouse and butting heads with Lex Luthor, it’s about the unique situation Superman lives in within the world. Pak discusses the complexities of Clark’s viewpoint of the world, and the constant view of others that he is a threat, while driving the story forward at all times. This gives the comic a lot of momentum and keeps it from ever getting stale.

The momentum and fresh feeling of this book is taken to a new level by Aaron Kuder’s artwork. The photo-realism style seen in so many Big Two books is thrown aside for a style that feels indie, and I mean that as a compliment. Kuder’s style shines in this story and his take on Superman makes Action Comics #26 feel extremely fresh and vibrant. His artwork is strong from start to finish and he does a great job of portraying emotion throughout the comic. Characters are very expressive, be they human or monster, and Kuder does a fantastic job of matching the tone of Pak’s script. His use of minimalist backgrounds throughout the issue forces the focus to be on the characters, which pulls readers deeper into the emotional side of the comic and keeps them locked in until the final panel.

Pak & Kuder are in total sync with their vision of Superman and it shows in how tightly crafted this comic is. This may be the creative team to bring Action Comics back to the elite status it deserves in the DC line.