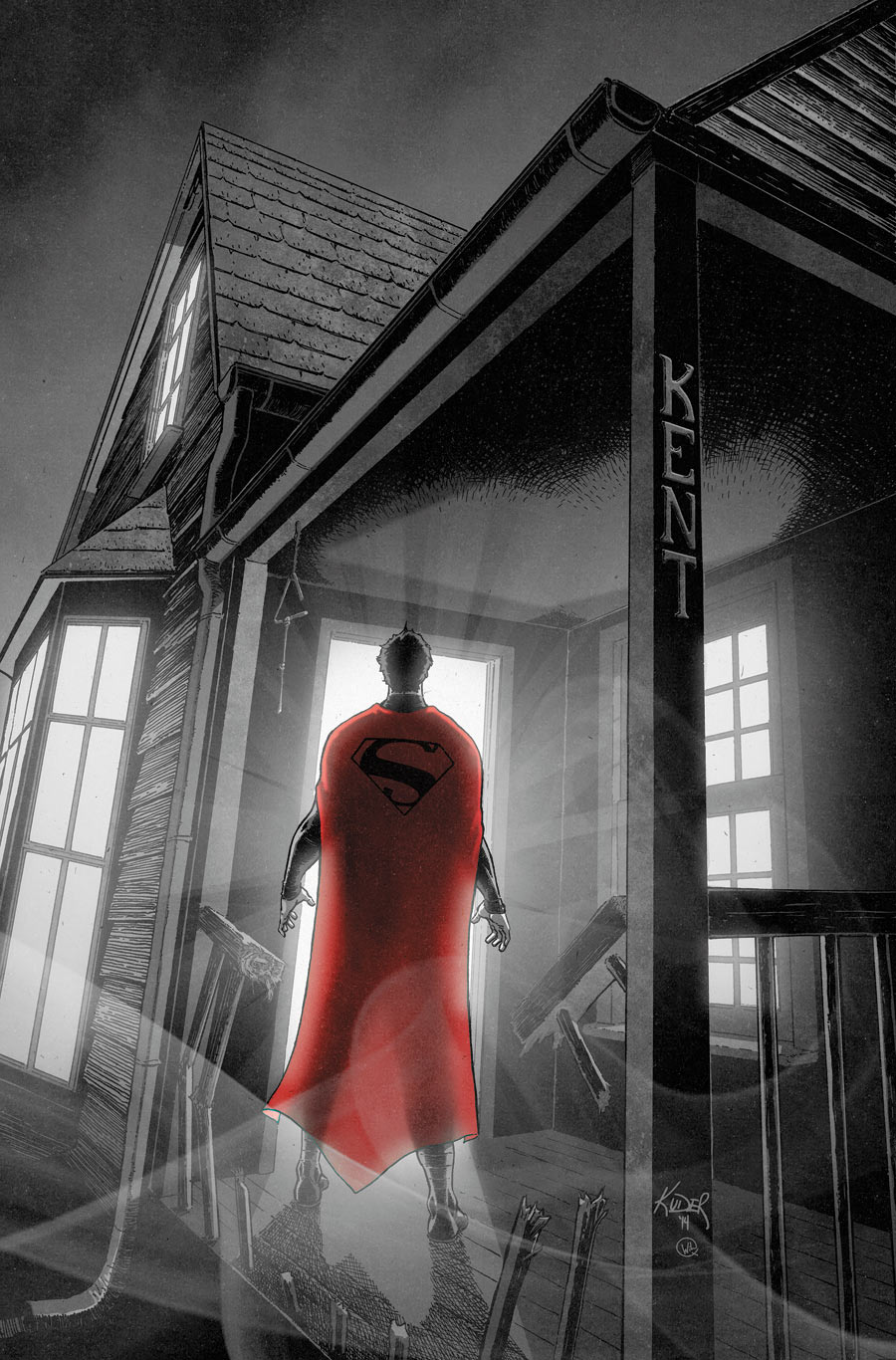 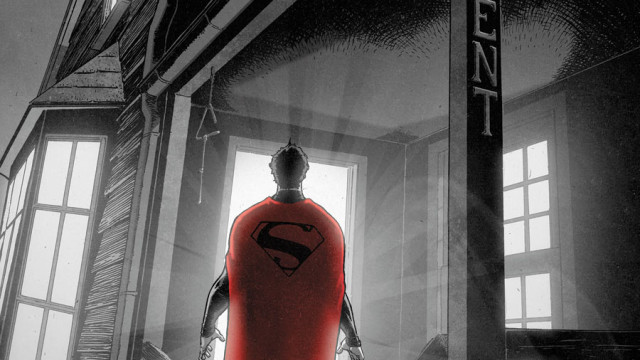 Pak, Kuder & Action Comics. One of the strongest in the DC line month after month, and issue #38 is no exception.

Greg Pak’s handle on Clark Kent, and what constitutes a viable threat for Superman, is absolutely fantastic. In this issue Superman is facing Clark’s demons, his self doubt and that of the demons Lana, Steel and others bear. This isn’t just another foe for Superman to smash – this is going to take some serious willpower and reflection. This leads to moments that are quintessentially Superman, and Pak is giving readers the Superman they deserve.

He writes the supporting cast just as well, providing them with dialogue that flows freely and feels very organic and natural. The citizens of Smallville are written very well, with eerie aspects about them even while their small-town charm is showing through. Pak’s dialogue for the evil entity is great and its angle is a great fit for going toe to toe with Superman.

Aaron Kuder kicks a serious amount of ass in this issue, as he has with ever issue of Action Comics he has worked on. His characters have an immense amount of personality – there are no cookie cutter generic tropes to be found here, and the issue excels for it. Smallville has a very creepy vibe to it right now, and Kuder shows it in visually interesting ways throughout the issue. From the townspeople to the constant drifting mist, Kuder crafts a fantastic vibe for this story. His style is unique and it is perfect for this title. Kuder is an unstoppable force on Action Comics and his work needs to be seen by your eyes….now.

Greg Pak and Aaron Kuder have crafted another winner with Action Comics #38, building one of the most entertaining Superman arcs I’ve read in a very long time. This is a special creative team that will be spoken of for ages to come, and we are lucky we’re getting to experience it as it happens.