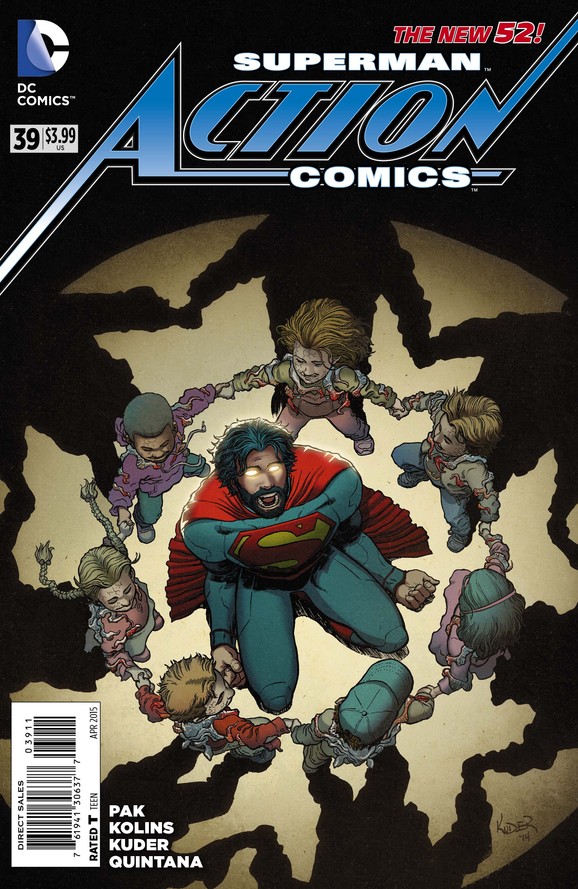 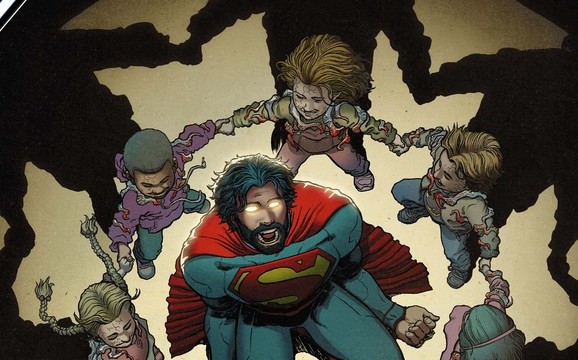 Clark Kent’s battle with the literal nightmares of the Phantom Zone has come to an end and by golly do Pak, Kuder (and helper Scott Kolins) ever know how to close out an arc!

I’ve said it before and I’ll say it again, Greg Pak writes a damn good Superman. This Clark Kent is stoic, brave, smart, clever when he needs to be and the boy scout we all want him to be. He’s reflective and contemplative, showing a level of understanding of his state as Superman, and he digs deep into some dark times of his past in this issue. These times bring an immense amount of emotional heft and Pak uses them well without exploiting some of the sadder points in Clark’s past. He explores them and gives them their just do, pointing out how his past has made him the man he is and how he knows what his future will be without dwelling too much in the sadness. It is the perfect balance of character analysis and action as Superman and Steel work to free Lana from the this tentacled fiend, and the pacing of this issue is fantastic. This issue wraps up this arc exactly as it should and provides a satisfying conclusion, and launch point for the next arc. Smallville is a more interesting place than it has ever been and Action Comics is premiere Superman book it should be. You can’t go wrong with Greg Pak right now.

Aaron Kuder continues to kill it with this issue and his style is perfect for this story. His work with Greg Pak is stellar and the look and feel he has brought to Action is a breath of fresh air in superhero comics. He splits duties with Scott Kolins in this issue and the duo tell their respective tales perfectly. The emotion is palpable, and this story is all about emotion, with a foe that is creepy and you can just hear the oozing tentacles flapping around. If that doesn’t sell the book I have no idea what will, but what should is how well these artist convey emotion and sell this story. Words have power but it is the art that makes this story hit home and both sets of the comic book equation are executed damn well in this issue.

Action Comics #39 is a fantastic finale to what has been a very entertaining arc. This comic is one of the strongest in the industry and Pak and Kuder are unstoppable. Scott Kolins adds a nice mix to the equation and the net result is a damn fine comic book. I’m a bigger Superman fan than I ever have been, and this comic is why.