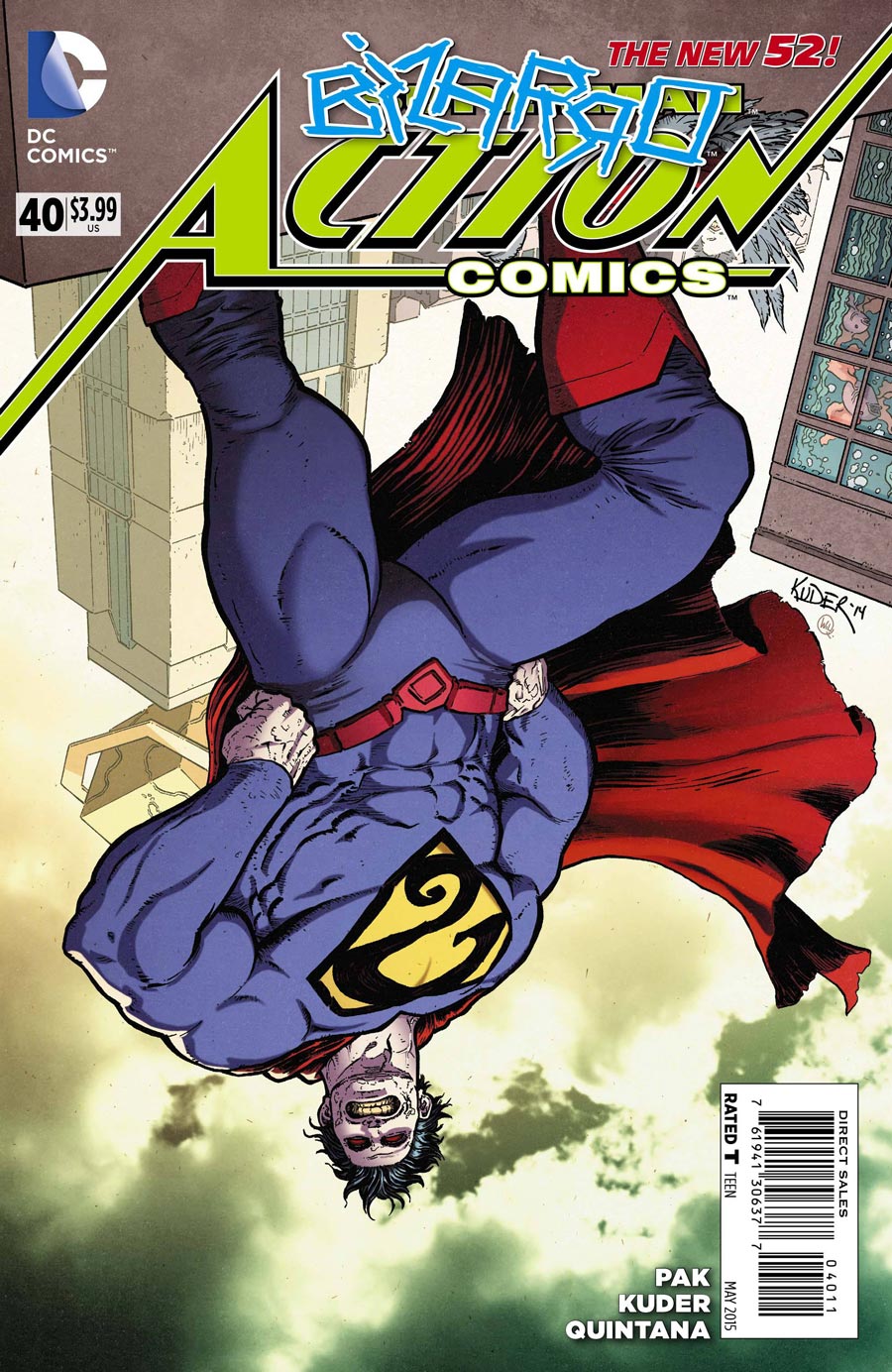 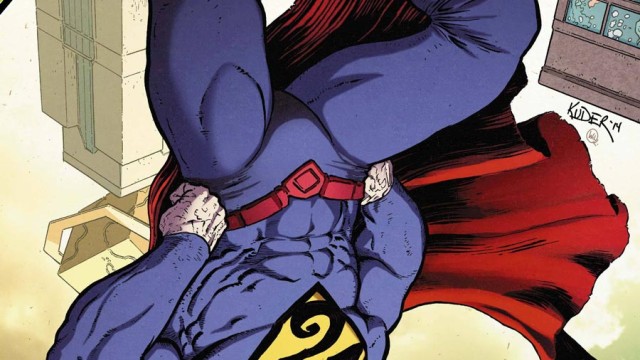 Superman finds himself sucked through the Multiverse for reasons unknown and deposited in the place he’d least expect — Earth-29, the Bizarroworld! Now, the Man of Steel has to face his deadly foe… I mean, his bestest friend… in order to, um, throw away nothing while hugging the cutest fluffy bunny Doomsday!

There are a few things about the comics I read as a kid that stick with me more than anything else. The stylish Kathy Kane embarking on a career as Batwoman, armed with little more than a lipstick and a pair of scalloped gloves. The Composite Superman, half Superman/half Batman, who had all the powers of the Legion of Super-Heroes and an odd green skin tone. The adventures of Polar Boy, Night Girl, Stone Boy, and the rest, fighting hard and constantly failing as the Legion of Substitute Heroes.

And the immersiveness of the Silver Age Bizarroworld, with its crazy Bizarro Lois Lane #1, Yellow Lantern, a Flash that can’t even walk fast, and the goofy, sweet, and misguided Bizarro #1.

I would spend hours pouring over my uncle’s comics from the 1950s and 60s, reveling in these weird, fun concepts and enjoying just how much heart they had in them. As an adult, I realize that I’m much more drawn to the noir and darker edge of a lot of the comic market today, but it’s not — I’m getting now — because I don’t like funny or fun comics. It may just be because my bar for that type of storytelling was set so high so early on. What can match the craziness of a 1960s Jerry Siegel/John Forte story?

It’s difficult to even describe how perfect Greg Pak and Aaron Kuder’s story is in terms that don’t reference that golden age of my comics reading youth, but I’m going to do my damnedest. In the span of 20 pages, Pak sets up and delivers on the concept of Bizarroworld perfectly — giving the entire world a sense of consistency and making Superman’s reaction to it both endemic of his intelligence and compassion. Another hero might barrel ahead or take off to leave these weirdzo creatures in his dust, but Superman — he sees their humanity. He gets what they’re trying to do with their lives. Bizarros just want to be happy, even if it’s a complete flip-flop from what he knows to be true about his own world.

Kuder crafts Bizarroworld far finer than any other artist before him, creating this lush world that has the kind of detail you can just marvel over for hours. Every member of the Injustice League has his or her internal consistency, with even the smallest differences highlighted in these insanely beautiful spreads. It makes me chuckle to no end to see a batarang consisting of a stick of dynamite glued to actual bat wings, or the giant exclamation of MOOB! when it explodes.

Moob. It just makes me laugh like nothing else.

Will Quintana’s colors are utterly brilliant, simultaneously creating a sense of Silver Age four color beauty and simplicity, while also giving Bizarroworld a modicum of grit and wear/tear. This is a world rode hard by its inhabitants — well-loved, you might say, like a child’s toy or old comic book that just had to be read 100 times before bedtime.

And that’s what Action Comics #40 is destined to be, that comic that you just can’t put down. It’s the one you give your kid so that she’ll secretly stay up hours past bedtime with a flashlight under the covers, imagining what it would be like to live in a world where up is down, and the moon really is made of cheese. Pak and Kuder have captured something incredible here, that blends what was so great about this concept in the first place, without losing sight of their own accomplishments with Superman over the past two years.

As Bizarro would say, “Worst book of the week. Everything is less terrible than this. None of you need to read this one zero times.”