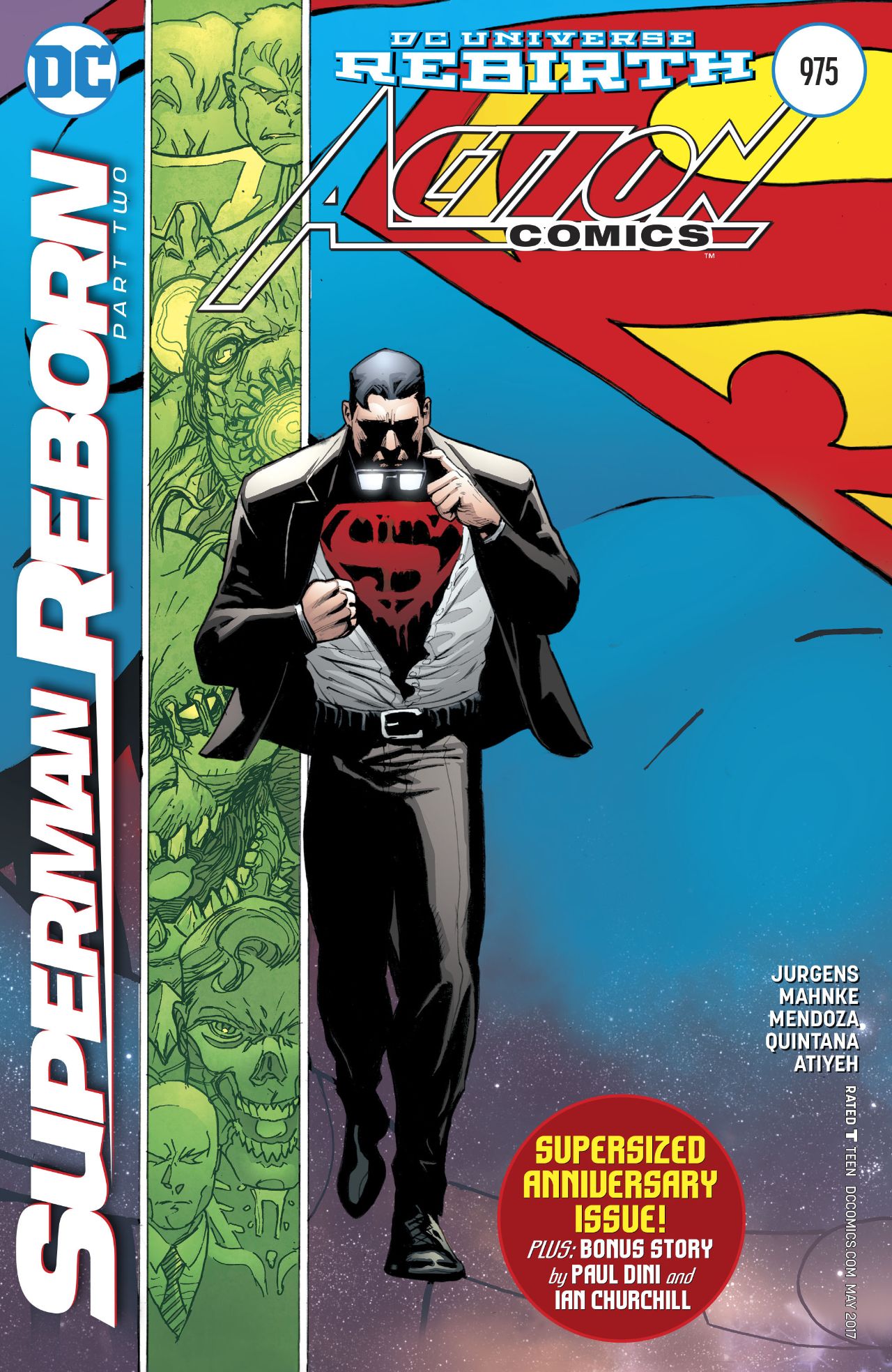 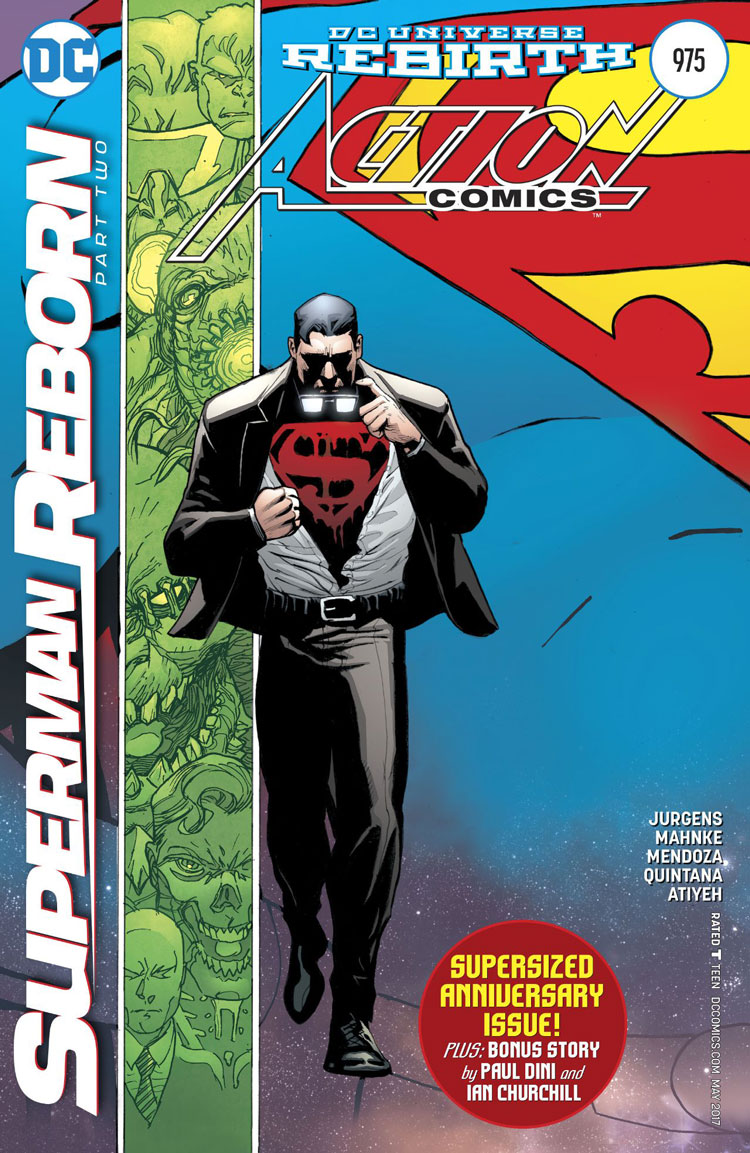 The issue people have been clamoring for for weeks now. Not only are we inching towards Action Comics #1,000 with only a quarter of issues to go… we are powering through a stunning Superman-title crossover event that’s answering questions we’ve had since last year, providing an emotional purpose for everything that’s going down, and hinting at the next few steps of what lies ahead for Superman and his family.

#975 has been teased as the big one. The issue that will blow your brains out and repair it, only to blow it more the longer you read it. Reeling from the ending of Superman #18 a vengeful Superman and Lois are hot on the trail of Creepy Kal to get Jon back after disappearing. Manhnke, Mendoza, Quintana all provide a quiet and unsettling backdrop once the couple arrive at the destination.

It’s here Jurgens gives us a few more hints on just who Creepy Kal is through visual cues and before we arrive at the pages where he rips the band-aid off, things hit the fan. Creepy Kal once again reemerges, this time with pain, rage, and revenge on the brain the entire background shifting and turning as he says his piece. Medoza and Quintana are then available to explode the pages with colors and inks of Superman’s top Rogues in a page turner to the big reveal that will make fans old and new excited for just HOW IS THIS POSSIBLE?!

Mahnke gives a well expressive list of different Superman villains across eight pages! Each one literally crossing said villain off the potential true mastermind list and using every once of the creative team’s ability to throw everything at us. The eight pages continuously become more detached from reality until we end at a gloriously weird double page with the discover of who Creepy Kal has been all along.

The reveal itself has a lot of details attached to it that are unpacked in the backup story. The main story ends with the knowledge firmly in our heads with who Superman and Lois have to immediately face, maybe for the remainder of the crossover. It’ll be exciting to see how our family gets out of this one especially considering it might be up to Jon himself to get out of this dilemma.

As the next entry in the Reborn Event goes, it finally answers a burning question while holding new ones in it’s place. You have to credit the special bonus story that Dini and Churchill have added to the overall package of the comic.

There’s plenty of life inside the full scale of Superman Reborn. This makes this specific backup story important because it illustrates the secret history of the revealed character whose been plaguing the pages of Action Comics since it’s rebirth. Dini brings about an air of joy, hilarity, and hint of madness to our character in this well needed spotlight.

Propping Jon, his captive, into a seat to tell a story of how things got to be the way that they are is a one journey through the DCU landscape you’ll want to pay attention too. While drawn and told in a more child like manner, the story Dini and Churchill are telling is serious as any necessary Rebirth installment that’s been hinting at the bigger picture and draws comparison to other individuals predicament across other titles.

The backup is focused solely on the newly revealed character and Jon attempting to see how in over his head is he in. Our revealed character is drawn by Churchill. The colors of his suit being inked just right and the way the backup takes him through a multitude of emotions that’re immediately registered all over his face is a great way to resonate with us to catch us up with his true motivations, which aren’t as evil as you’d think.

Action Comics #975 breaks the lid off of one of DC Rebirth’s long standing secrets. This anniversary hit all the right notes when it came to the story, execution of the reveal, art from beginning to end, and even added a worthy backup that also stands as an equally important chapter in the Reborn event. Jurgens and Dini have woven a Superman narrative that’s taken a peek at his history for Rebirth, fills in missing gaps, and continues to leave excited with what will happen going forward.