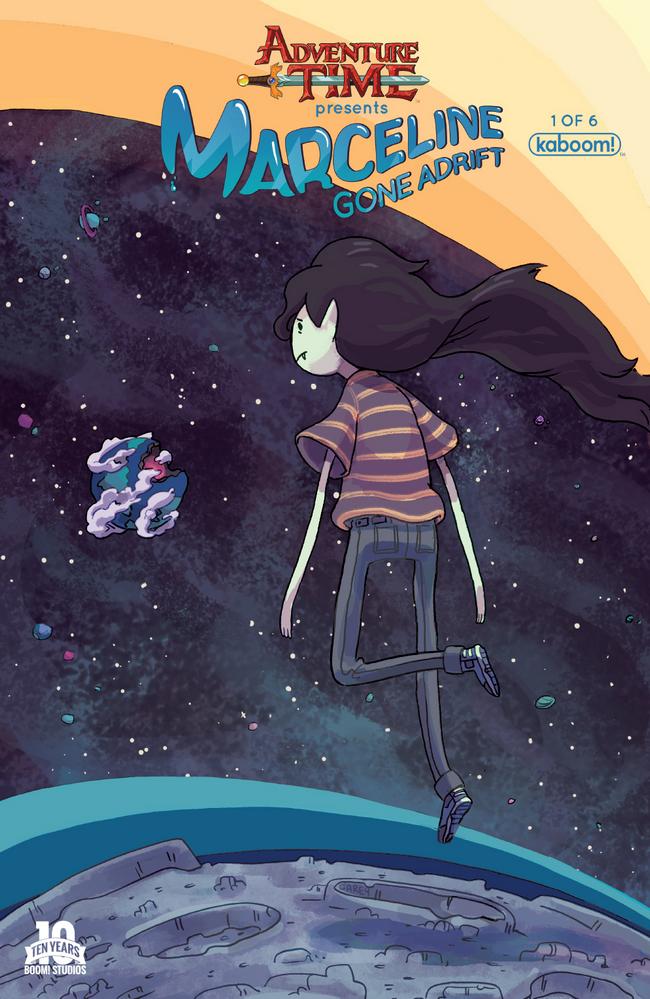 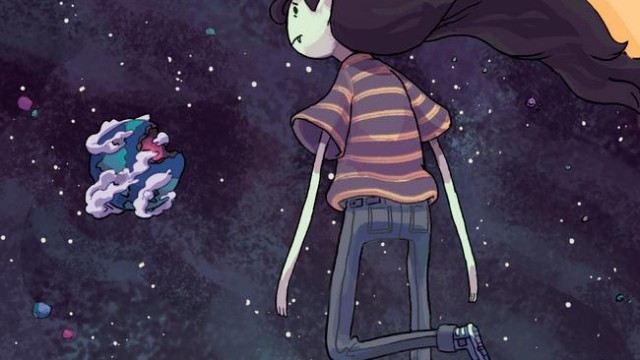 Following on from her adventures in Marceline and the Scream Queens, and with an all female creative team, Meredith Gran picks back up with our titular heroine Marceline, The Vampire Queen, in this all-ages, 6-part limited series from KaBoom!

The book opens with Marceline in something of a musical funk. Weighed down by the expectations of her fans and void of inspiration, Marceline settles in for another night of nachos with her best bros, Finn and Jake. Riled up and zapped by mystery lightning we soon find Marceline rampaging through Ooo. Unable to stop Marceline without hurting her, Princess Bubblegum accidentally — and with the help of a new invention — propels her into space.

I am always happy to see the ladies of Adventure Time on adventures of their own, especially in stories that are as original and fun as this one. Gran clearly has a firm grasp on the characterization of the inhabitants of Ooo, from Marceline’s self-indulgent whining to Jake’s philosophizing, each character is perfectly realized. That said the pacing of this book does seem to be a little ‘off’ at times. This could of course be due to the fact that this book is aimed at an audience much younger than myself.

Pietsch’s art is quite lovely and has a feel of naiveté that complements Gran’s writing wonderfully. Her renderings of space are beautiful and some of the background details are absolutely charming – pizza pi, I’m looking at you! Using a palette filled with pastel tones, Pietsch brings Ooo to life in a manner rarely seen.

Definitely one for the younger readers, especially those looking for a female led adventure story, but still totally enjoyable for the grown-up Adventure Time fans among us. While this book might not be at the top of my pile, it’s definitely still going to be in there, and I am excited to find out what happens next.