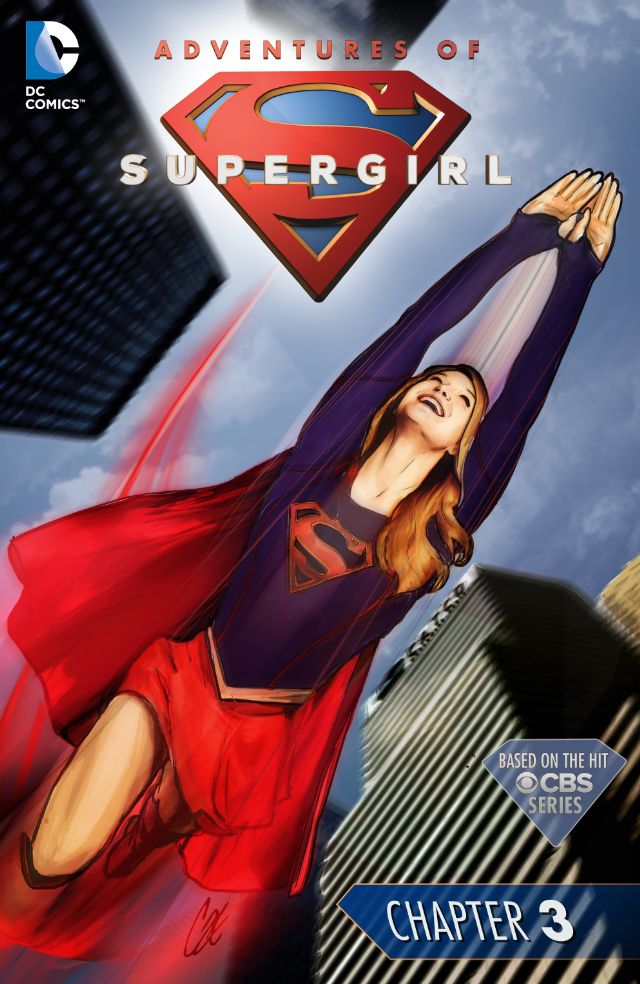 Supergirl has been captured by Rampage, but what she finds out from the villain about her past may change everything for Kara. But will it matter once Alex gets involved?

Sterling Gates certainly has Supergirl nailed down, there can be no disagreement about that. The Maiden of Might may have gone through many iterations over the years, but one thing has shined in her best portrayals: she’s deeply compassionate. And that compassion is on full display in this third chapter of the digital-exclusive Adventures of Supergirl series.

It’s something we don’t always get to see in our heroes, that pull back from the fight to see things from the “villain’s” perspective. But Gates delivers a really smart natural progression for Kara in coming around to understanding Rampage, to empathizing with what she’d been through. And that’s so much of who Supergirl always was in Gates’ previous run and in the pre-Crisis Bronze Age. Far from a rage-filled alien girl looking for something to punch, Kara here remains, at her heart, deeply kind. It echoes the TV show, certainly, but what it really does is bring Supergirl back to her roots in the most pleasing way possible.

Also, big kudos to Gates for making me laugh out loud for naming Rampage’s home planet after her otherwise often-derided creator. It’s a nice reminder of how much I adore the John Byrne run on Superman and how timeless it still feels.

Bengal is in a slightly tough spot this chapter, with so much of the issue devoted to the necessary exposition of Rampage’s origins. The pages with Kara in action are fun and bright and super-energetic, particularly the moment Supergirl saves Alex and her crew from the collapsing watery grave. His rendering of Rampage’s pain in one or two places is really emotive, but the layouts of the moments in between action and tears don’t really stand out.

That said, Adventures of Supergirl Chapter 3 once again delivers a fun story with a lot more of what makes Supergirl different from all the other young women super-heroes. Sterling Gates and Bengal continue to make the wait for an ongoing Supergirl comic seem inconsequential. As far as I’m concerned, DC should consider this a prelude and bring on this team full time for Rebirth in the fall. You can’t do better.