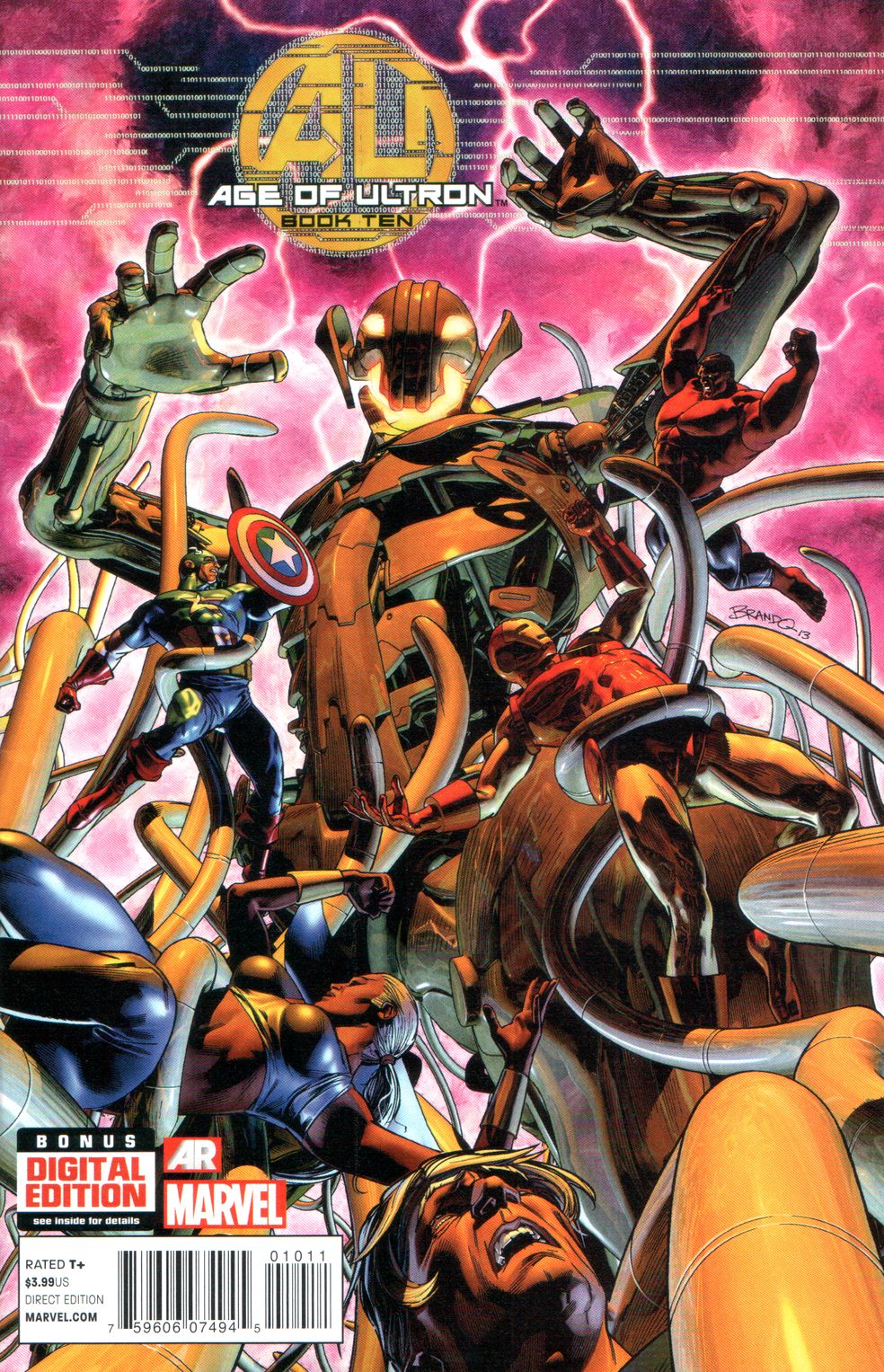 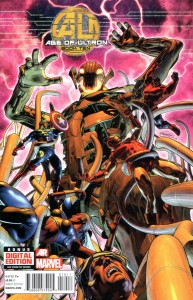 We’ve reached the conclusion of Age of Ultron and while we finally get some one on one battle time with the namesake of the series, is this finale hollow for a 10 issue series?

Brian Michael Bendis has had a recurring theme in the past few issues about the perils of mucking with the space-time continuum. That lesson comes to a head in this issue, and sets up some interesting situations in several Marvel titles. There are elements and situations in play within the Marvel Universe that should give creative teams a ton of ammunition to use going forward, but as a finale to a ten issue event it is somewhat lacking. After spending the first several issues of the series exploring the desolate world of destruction wrought by an unstoppable Ultron, to see the character defeated in such a lackluster manner was extremely anticlimatic and leaves this comic feeling like a set up issue and gateway for a character reveal rather than the conclusion of an event. It also immediately had me questioning why this event was 10 issues in length when the build up to this conclusion effectively happened in 3 to 4 issues. All of these thoughts detract heavily from the story told in issue #10 and while some of the concepts in this story do have me excited for different plot threads going forward, this issue itself had a fairly thin story for an event conclusion.

On the art front, Marvel uses what appears to be a more common style of “issue by committee” with 10 artists contributing to the issue in either a penciling or inking capacity. While this leads to some absolutely jaw-dropping art from the hands of multiple respected artists, it hurts the flow of the story dramatically. Artists like Alex Maleev have very distinct styles that are not at all similar to those of Bryan Hitch, Dave Marquez or Joe Quesada, and having pages by different artists mixed in and amongst each other in this way really hurts the flow of this comic. That said, this comic does have some absolutely mind blowing art within its pages. Dave Marquez delivers some of the best art of his career (and that is saying something) and Joe Quesada delivers a very impressive splash page to cap off the event. The fantastic art from Marquez and Quesada did have me wishing they’d worked on the entire issue, if only to see more of that kind of high caliber work.

With any event, the end must justify the means to get to this point, and this is where Age of Ultron #10 falls short. It is not a bad comic per se, but it does not provide the conclusion a ten issue event warrants. There is the potential for some very interesting stories to come from this event and there is some absolutely fantastic art within this issue, but those two factors aren’t enough to save issue #10 and the event as a whole.