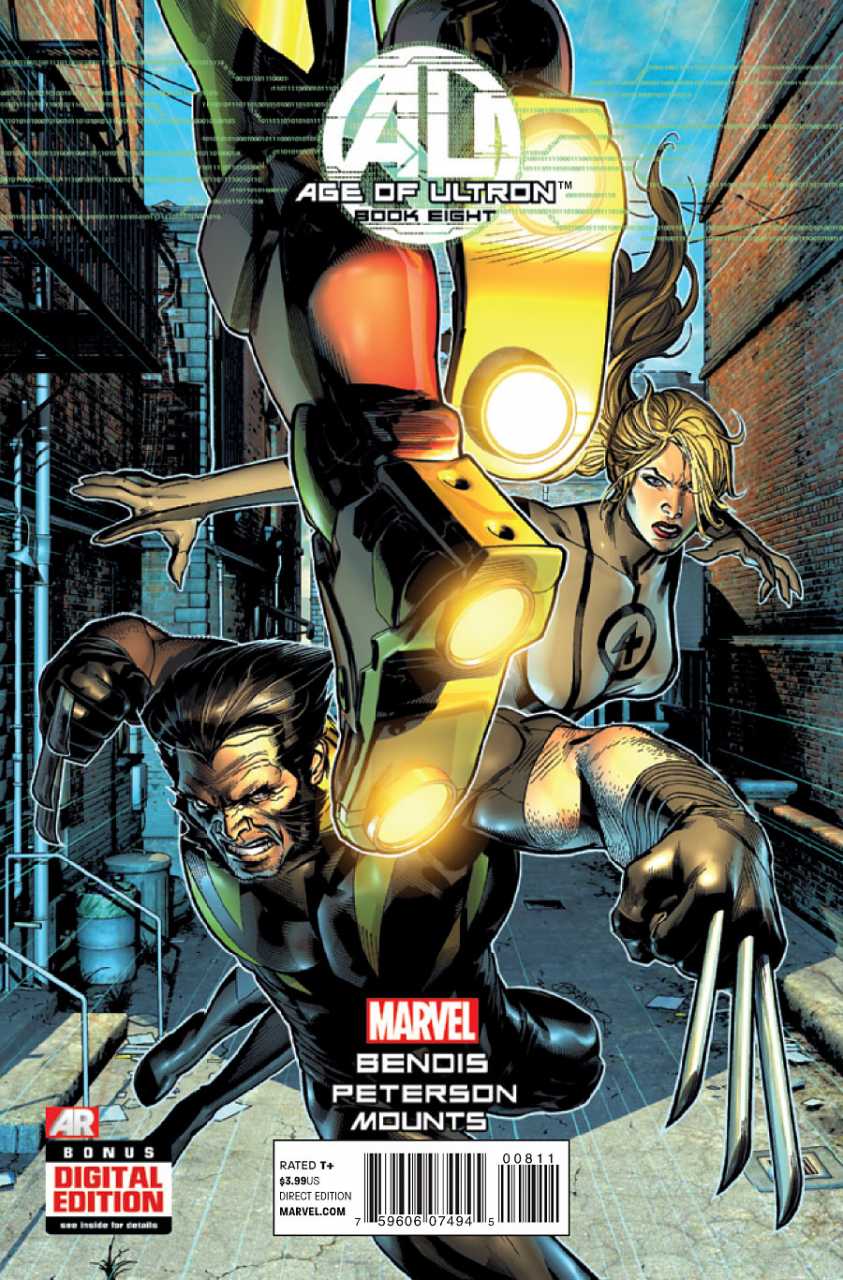 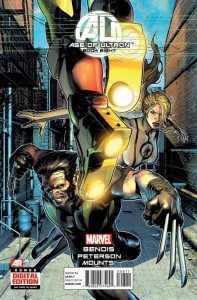 The timestream is such a tricky bugger.

Wolverine and Sue Storm did a number on the timestream of the Marvel Universe in issue #6, were on the run in #7, and in issue #8 we get a glimpse of the new world created by the actions they have taken to prevent the Age of Ultron. Bendis does a solid job in issue #8 of crafting a world that is plausibly familiar to the one we’ve been reading for years, with major dynamic shifts due to the absence of Hank Pym. Bendis writes these characters well, modifying their situations and voices well in this alternate universe while keeping them recognizable as their 616 counterparts. This issue really drives home the consequences of mucking with the timestream. The Age of Ultron was obviously an awful dystopian future, but Wolverine & Sue’s rash decision to take matters into their own hands does not do a lot to save the timeline they come from. The world is still in peril, just not at the hands of Ultron. At this point I’m not overly sure where the series is going or how/when it will shift back to the Age of Ultron, but I was entertained enough by this issue to not be worrying about it. In Bendis I shall trust.

Brandon Peterson’s art is solid and his illustrations provide the subtle (and not so subtle) variations of this universe compared to the one we know. Peterson has done a great job in this issue (and his work in the series so far) of penciling in a similar widescreen style as Bryan Hitch. The artist transition has been quite seemless due to this, and the big splash panel style suits this story well. His character designs for the “new” timestream are really interesting, and I found myself bouncing around the issue after reading it just to take another peek at what these characters look like in this reality compared to the traditional one. Issue #8, quite simply, has really solid visuals and I look forward to more high quality work from Peterson.

In the end, Age of Ultron #8 was another solid entry in an event that has really been growing on me. This is more than heroes fighting machines, and I like the angle Bendis has approached with these past couple issues. Count me in for #9.