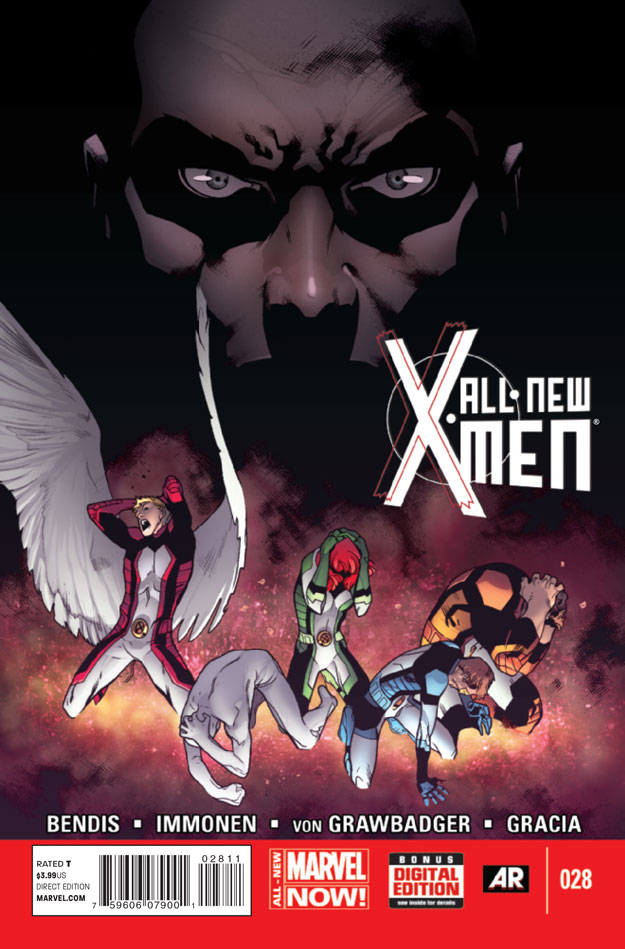 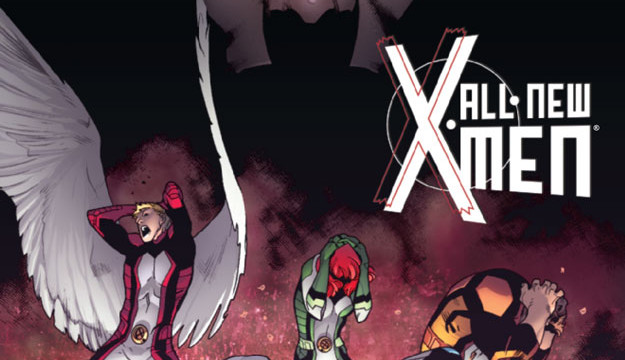 The future Brotherhood of Mutants is storming the Xavier School in All-New X-Men, with Bendis and Immonen delivering a solid conflict featuring some of the elements missing from Battle of the Atom.

Brian Michael Bendis does a masterful job of pacing this issue of All-New X-Men, giving readers a look at the conflict that is occurring in the Xavier School and, more importantly, some background as to why this Brotherhood came back in time and keep coming back to finish the score with the displaced original five. One of the criticisms of Battle of the Atom was a lack of knowledge about the future groups and the general confusion that came with them. That aspect is not in play in All-New X-Men, and with just the singular faction from the future as the focus this storyline works very well. During Battle of the Atom readers knew the Brotherhood was dangerous, but their motives were never fully fleshed out. In this issue Bendis takes us deeper into the motivations driving these time-travelling attackers, and what their end goal is.

Bendis is a master of fleshing out characters. That is his wheelhouse and he spends the issue doing some great character work. As seems to consistently be the case, we get to see some surprising new talents from young Jean Grey, but more than anything we get to see some growth within our villains. Not personal growth, these are guys are pretty nasty bastards, but their motivations are clearer and the lengths they are willing to go is now apparent.

Since Schism much of the X-Men universe has been about Civil War rather than good mutants fighting bad, and this new Brotherhood provides a nice set of foes for this team of X-Men to take on rather than beating on members from the Jean Grey school. As I mentioned before, Bendis’ pacing of this issue is the key to it’s success. Rather than being a full flashback (flash forward?) to the Brotherhood in “planning mode”, readers are treated to a back and forth between the future and the present, juxtaposing slower dialogue with explosive action. The conflict in the current time period is about to hit a fever pitch and Bendis writes that increase in tension very well.

And hitting every single story beat along the way is the masterful Stuart Immonen. Immonen keeps the slower parts of the issue interesting with innovative layouts and detailed backgrounds, juxtaposing the rather stark arena the action is taking place within. These brilliant design choices make it easy to know which time period readers are in without referencing editorial notes or the like, and keep the comic visually engaging. Immonen is skilled at showing immense power radiating from characters that are not physically intimidating like the evil Xavier and Jean Grey. There is no doubting that they are the powerhouses in this issue and that is conveyed largely through Immonen’s pencils rather than dialogue. Menacing power radiates from Xavier and the facial work by Immonen sells the character brilliantly. Immonen delivers an explosive final page to cap off an issue of superb work and keep readers hooked heading into issue #29.

All-New X-Men is like an unstoppable train powered by the creative talents of two of the best in the business. Issue #28 is another great chapter in what has been a strong arc and, if the final page is any indication, issue #29 should be explosive. The X-Men (new, old, and from the future) are in good hands with Bendis and Immonen and with each issue this series becomes more legendary.