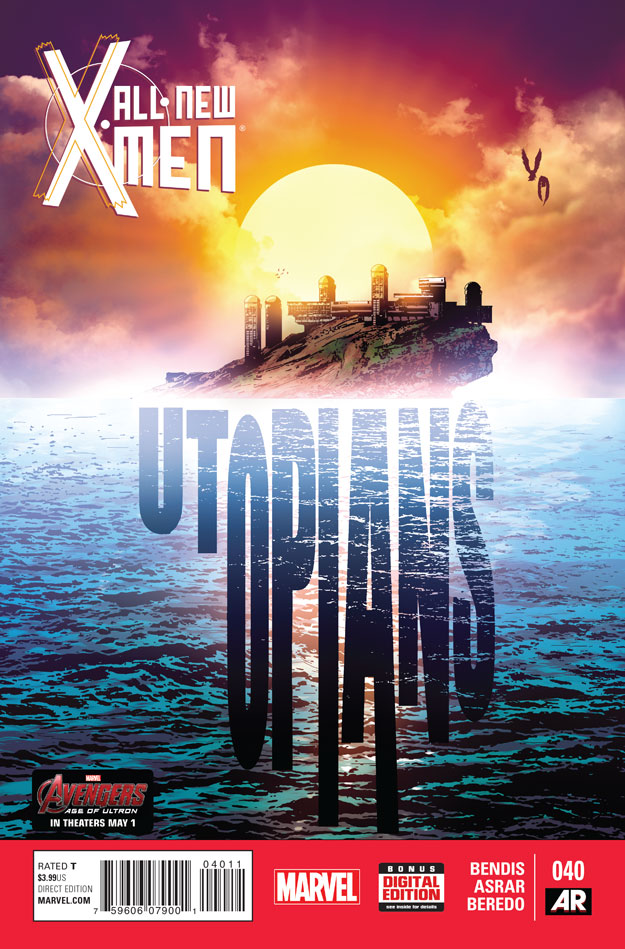 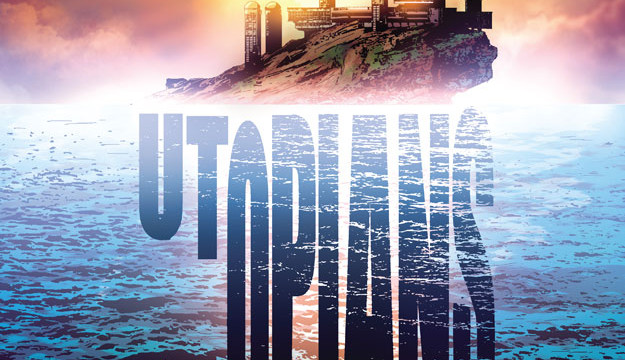 As the All-New X-Men return to Earth without their teacher, change is certainly in the air. Angel has been transformed. Cyclops is back on terra firma. And Iceman… it’s time for Iceman to change as well. As Jean and Bobby have a tough love heart to heart, something is brewing on the old mutant stronghold island of Utopia. And it’s not going to be good for anyone… man or mutant alike.

I think it’s fair to say there’s no point in worrying about spoilers by now. Everyone knows that All-New X-Men #40 is THE issue, even if they haven’t read it yet. Young Bobby Drake, the original X-Man Iceman, is gay. Confronted by his psychic teammate after another of his pointlessly weird come-ons, Iceman owns up to his secret — to Jean and to himself — and admits what had been cascading off his psyche.

There’s a lot to unpack about this scene, and I doubt I’ll manage to do it all here. But it should be noted that like so much of his work on this title and Ultimate Spider-Man, Brian Michael Bendis excels in making even the most uncomfortable scene feel perfectly natural. If I didn’t know better, I’d think this came right out of a real life conversation, plagiarized into a script from a overhearing a coffee shop confession.

And I feel that way because this dialogue is exactly what I experienced as a teenager hiding that I was gay.

Or rather, Bobby’s fears, thoughts, and reactions were what I experienced, because I wasn’t lucky enough to have a friend like Jean Grey to tell me that what I was thinking and feeling about myself was completely OK. And it honestly has been a very emotional 36 hours wondering what my life would have been like at 15 or 16 if I had. Would I not have thought myself better off dead for more than 5 years? Would I have not felt so tortured all the time by a secret that weighs heavier than most people can imagine?

I can’t say. But what’s apparent in this scene — one of two very important ones in the title this week — is that it felt honest. And uncomfortable. And heartfelt. And came from love and friendship, not hurt and expectation. Wherever one’s ethics may lie in the matter of mind-reading (would that that were a real-world issue!), the truth of that scene is in friendship. Jean Grey may be a bull in a china shop, but that hug. And the relief that follows in Bobby that you can just FEEL. Man. It’s difficult for me to even get through that scene without choking up. That’s the power of Bendis’ writing. And the power of representation.

And the power of subtlety when it comes to illustration, because Asrar takes the writer’s script and fleshes it out with humor and grace so that it’s hard not to see every one of these kids as real, genuine people. They’re not just cardboard stand-ins for the gay kid or the fat kid or the loner or somesuch. They’re Bobby and Hank and Laura. And because of their specificity — both visual and narratively — we can project our experiences onto them.

Maybe it’s not a perfect match, and I might argue that those who feel slighted by the scene in question are having that experience. We have too few of these types of stories in comics, so that every one of them is both clamored for and despised for not living up to every single expectation. But this one… this one is mine. And I can’t tell you what that does for me, even as a 40 year old man long past the days of hiding who he is in any quarter.

It’s moving. That word doesn’t do it justice, but imagine it magnified a thousand times and you might get there. 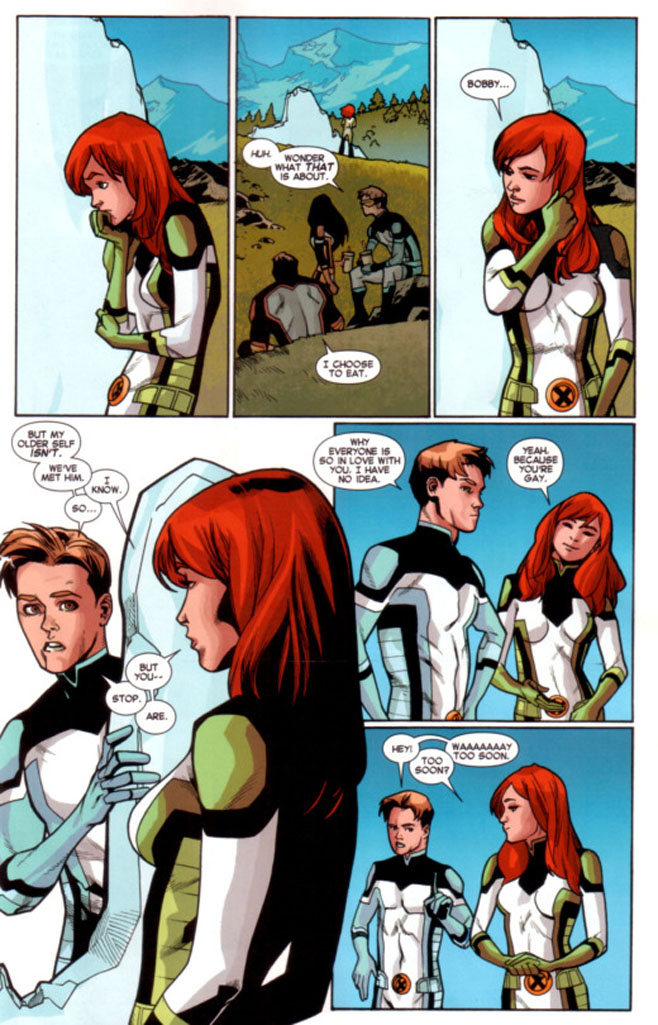 As a bridging issue between the grand space adventure and the next big challenge the All-New X-Men will face, issue #40 packs a punch, giving us a beautiful moment between Angel and X-23 as well. Very few readers will be talking about that today or tomorrow, but it feels like a genuine progression for the cast — and opens up as many questions about the ties between young and old iterations of the X-Men as Bobby’s revelation does. Overall the issue has a few moments of less than perfect art and some plain backgrounds, but never anything that isn’t moved along by a great piece of dialogue or minor plot movement.

Will every fan be pleased with the story of Iceman as it progresses from here (as it is far from over)? Hardly. It wouldn’t be an X-Men story if its fandom all revered it universally. But for me, a guy who grew up watching Bobby Drake on his television screen and wondering (unrelatedly) if he would ever be able to be honest about himself to his family, his friends, and the world, All New X-Men #40 is an important comic — maybe the most important comic — I’ve read in a long time. And I imagine I won’t be the only one with that experience. Here’s hoping there’s more than a few kids out there today that see themselves in this and know that they can be gay and happy too.

P.S. I might even give my Gay Iron Man campaign a rest now. Maybe.