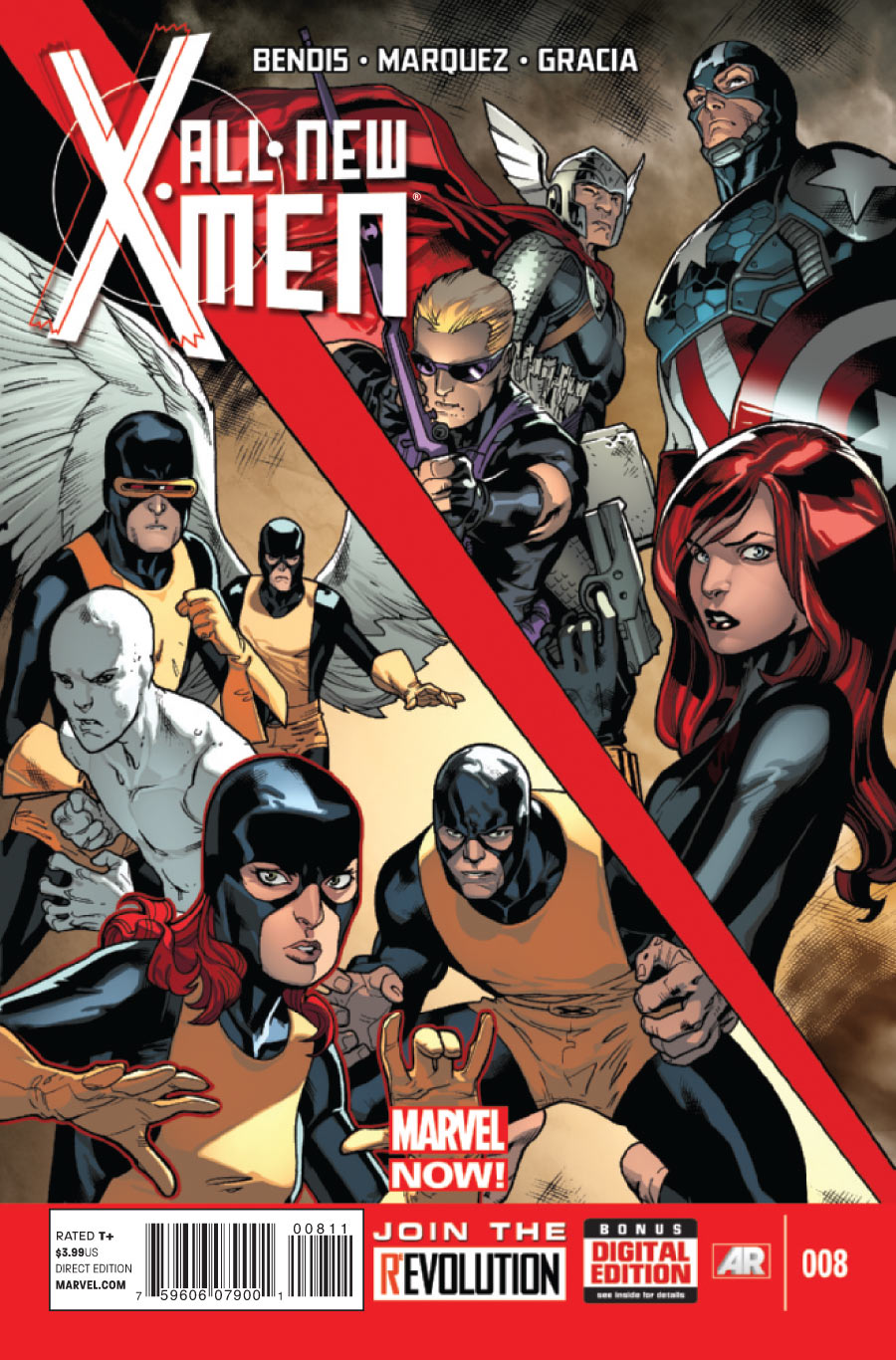 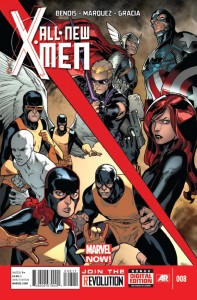 All-New X-Men #8 is a great example of how the cover of a book can cause an immense amount of suspense and tension before a single page is even flipped. From the get go, we know the young X-Men are going to be found by the Avengers…and we know this conversation will not go well.

Bendis does a great job of setting up the meeting and dropping it at exactly the right time in this comic, and his dialogue is at its absolute best throughout this issue. We get a strong focus on the two Angels, and what a mind bending event this has been for young Warren…and also a great glimpse of what the current Angel is capable of. This part reads a little long the first time through, but once I hit the end of the issue it all clicked together for me. The middle portion of #8 deals with the exchange between Henry & Captain America about these young X-Men. The delivery of this conversation is absolutely fabulous. Rather than a rehash of all the issues between the Avengers and the mutant community, Bendis throws the expected conversation out the door and gives readers and exhange that is hilarious and wildly entertaining. This dives straight into an almost chilling moment with Jean Grey that has me dying to read more of this book. Though I’ve seen some criticism of the pacing of this book, and I do agree to a very, very minor extent, I have to say Bendis is in top form on All-New X-Men and month after month I find myself reminded of how good this comic is.

And part of why it is so good is that Marvel is pairing Bendis with A-list artists. Stuart Immonen is a beast, and I love his art and David Marquez is matching his work punch for punch with these second arc issues. Marquez is a guy who could easily be headlining any major title and I think it is only a matter of time before we see him as the headlining artist on a major event. His work on Ultimate Spider-Man has been great, but All-New X-Men is yet again another cut above. He has a huge cast to deal with in this issue and he does justice with each character, really getting the essence of what each is. His Thor exudes raw power, while Cap is stoic and reserved, while the current Angel is filled with energy and zest for life. There is a lot of subtle storytelling conveyed with glances and the looks in characters’ eyes in this comic, and if Marvel can keep an Immonen/Marquez swap going on All-New X-Men I say “bring it on”.

This is hands down one of the best books in the Marvel universe. It is holding its own as the flagship X-book and at this moment I’m not sure the X-Men have been stronger at any point in the past decade. Top flight writing, top flight art, top flight book.